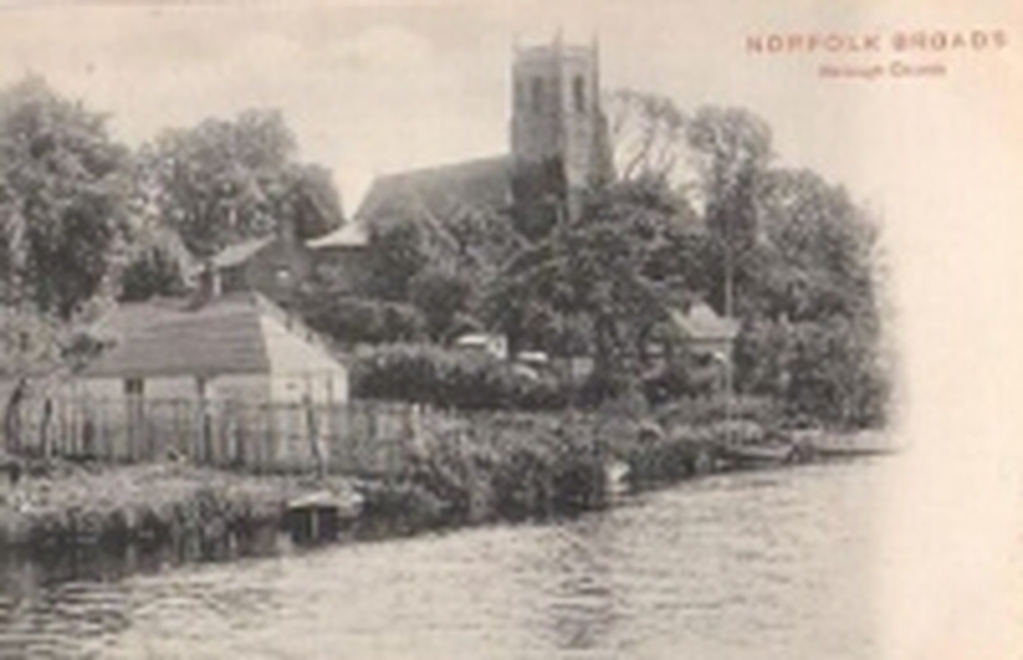 This lovely little church sits high above the Bure not far to the west of Hoveton, its small village scattering crazily down to the river below it. From there, it looks glorious, a crown to the hillside. An eight year old boy, bored and restless, on a boating holiday with stern parents in the early years of the 20th century, looked up at it and was astonished by it. "It was the first time I ever fell in love", he would later recall. His name was John Betjeman, and it was the start of his lifelong love affair with churches.

The little village huddles tightly around its church, making it difficult to photograph. Almost immediately to the west of the tower, the ground drops steeply away for about 30 feet. I looked down, and saw a scattering of 19th century gravestones being slowly dragged down by gravity. The view from here is stunning, but I couldn't help thinking that St Peter may not last many more centuries.

You step into an interior which is clean and bright, and there are a couple of fascinating medieval survivals, the best of which is the screen. It is very much to scale with its church, fitting twelve panels into the small chancel arch. From north to south across the screen the panels depict St James the Less, St Philip, St Thomas,St Bartholomew, St John the Baptist, St Peter, St Paul, St John, St Andrew, St James, St Simon and St Jude. St Paul joins the eleven faithful disciples as is conventional, and St John the Baptist takes the place of St Matthew

There is a round Norman tub font, unusual in this area of Norfolk, and wily oriental faces look down on it from corbels in the north aisle where it stands. The war memorial is a charming piece carved in wood, probably by a skilled local hand apparently after the Second World War. Up in the chancel there's one of the uncommon late medieval chalice brasses, a memorial to a Priest from this church's last Catholic days. I imagined the young Betjeman crazing his parents to moor, and then dragging them up here to gaze at it in wonder, in incomprehension