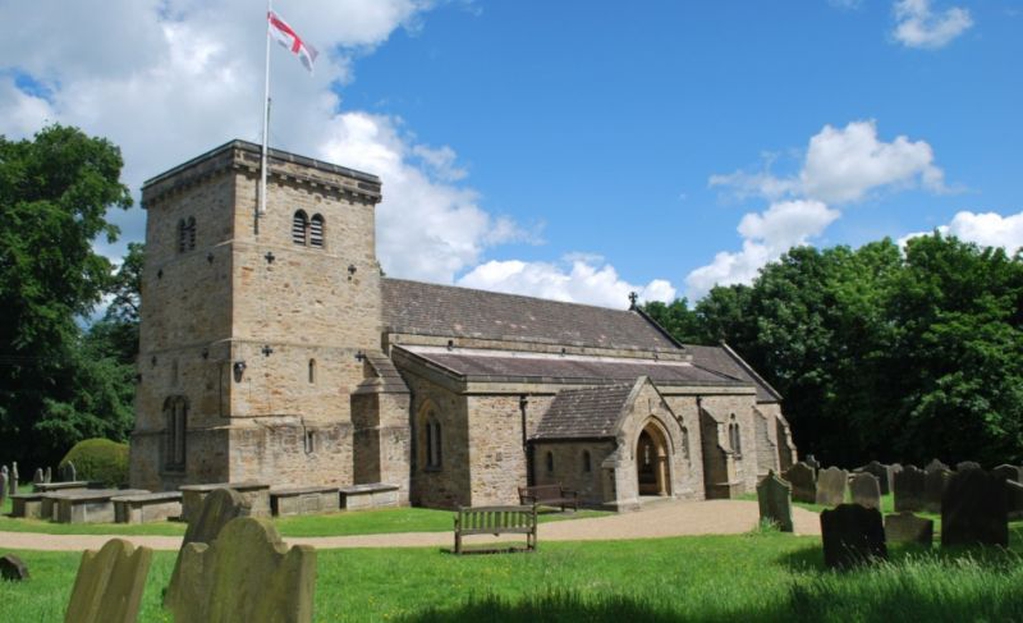 The church is Grade I listed, and the churchyard is closed. The church is included in the Middleton Tyas Conservation Area.

The earliest part of the building is the Norman arcade (circa 1140A.D) on the north side of the nave, but there is evidence of a church on the site from the 11th century. The present building is comprised of a nave with north and south aisles, a chancel with a vestry attached, a west end tower attached centrally to the nave, and a south porch. Inside there are a number of interesting artefacts and memorials that reflect the rich heritage of the building. On the walls there are memorials to the Backhouse family who founded the Barclays Bank, and two sons who were admirals in the Royal Navy during World War 2.

In the churchyard near the north doorway is a 14th century coped stone which has a roll edge in the form of a Latin cross, and on the right side a shield. This very important grave cover was for a member of the Musard family who were the hereditary Constables of Richmond Castle. Near the south door, there is a listed tomb with bronze plaque commemorating Leonard Spence who died in 1738 and who lived to be 103 years. At the extreme southwest of the churchyard is the grave of Flying Officer Peter Pease, the hero of Richard Hillary’s book “The Last Enemy”.

A full history of the church is contained in a booklet available on site for just £2.