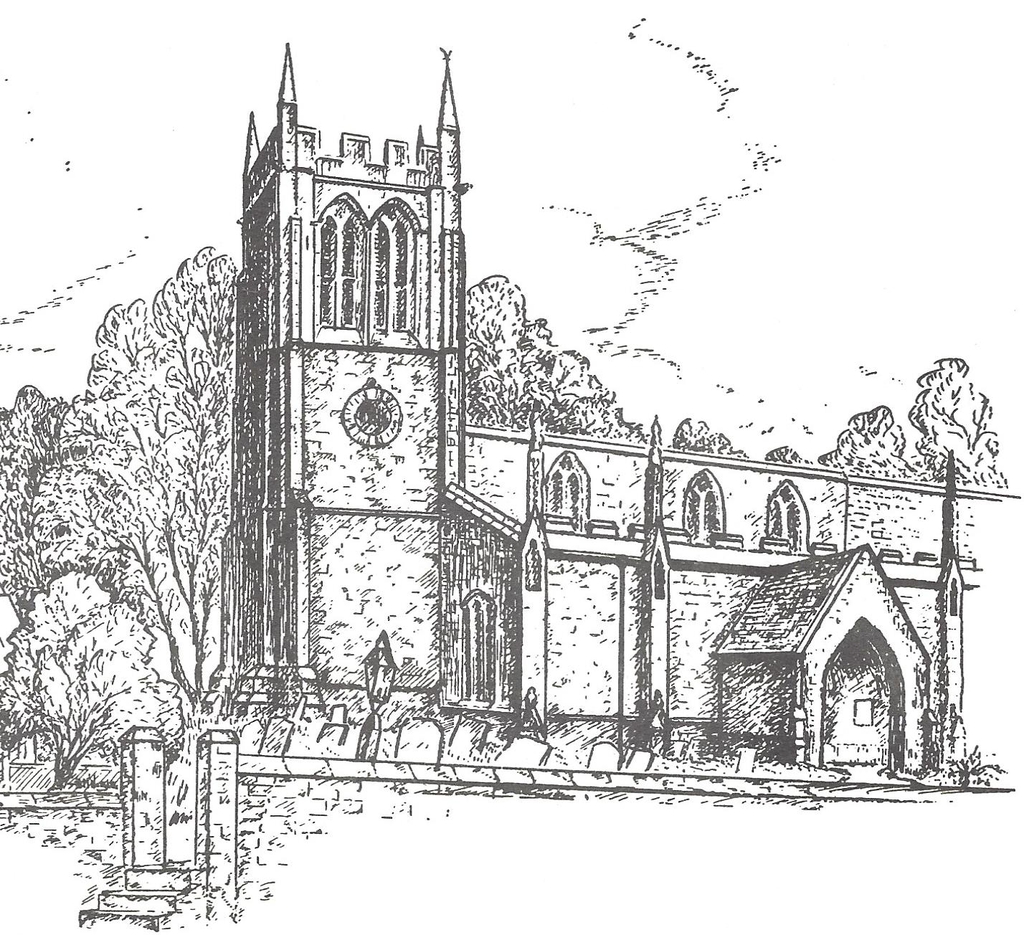 ALL SAINTS, PICKWELL with LEESTHORPE

What is our Church?

Our church is a fellowship of Christians in this locality - and it is a special building.  Meeting together is a means of focusing on our faith and offering a welcome to our neighbours.  Villagers appreciate the church for baptisms, weddings and funerals and as a physical presence in the centre of the village.

The Church is a Grade 1 listed building, with parts dating from the 13th Century and has traditionally hosted monthly services of Holy Communion, the Christmas Day Service for the Benefice, and the Easter Eve Vigil. Members of the congregation travel to the other churches in the Benefice for other services, and we welcome those who travel to us. There are 27 on the Church Electoral Register and an active PCC. We have an excellent programme of regular giving by the congregation and by other villagers who rarely attend Church services, and an annual budget which inevitably includes maintenance and improvements to our ancient building as well as mission and ministry initiatives.  Fundraising events are well supported.

How does the Church relate to the community?

The Church brings everyone together: it is a place to go to see neighbours and villagers whom you may otherwise see infrequently.  In addition to the common bond of Christian beliefs, the Church people tend to communicate very well with newcomers through the village magazine and through individuals making themselves known. There are around 170 residents, with a few children. A few families have been here a long time but their children have grown up and moved away, returning for festivals. There is a core of people who have been here a long time. The Church always welcomes new people to come in and help with Church life and seeks ways to attract them. We have a newly formed group of bell ringers some of whom do not attend Church regularly, but the bells when rung do remind the community of the Church’s presence. The church clock chimes each hour, keeping track of time in the village.

What resources do we need?

Resources needed within our church building - a water supply for kitchen/servery and toilets, new heating system, repairs to the windows and the roof. We also need to encourage the financial and human resources to maintain and sustain all aspects of the church building and fellowship.

Back in February 2020, Rev’d Jane Walker and her husband Bill moved from Nottingham to The Rectory in the Benefice, and there was a splendid service of Welcome and Licensing for Jane as Associate Priest.   Her role is part-time, and focuses primarily on providing spiritual care, support and encouragement, strengthening the valuable links which exist between the churches and village life.

The village of Pickwell, whose Saxon name means 'the stream by the peaks', stands on one of the old Bronze-Age highways which ran from Tilton, north-easterly through Somerby and Stapleford, on to Lincoln. It was in the Saxon 'wapentake' of Gartree and gave its name to a sizable 'soke', a 'soke' being roughly the Danish equivalent of the later manorial establishments in England. It was held before the Norman Conquest by Ordmar, and Domesday Book records that it was then allotted with a number of Leicestershire villages to Geoffrey de Wirce.

Domesday describes the village : "Buter holds of Geoffrey fourteen carucates of land. Ten ploughs were there. In the demesne are four ploughs and fourteen serfs : and seven villanes, with a priest, and twenty-six sokemen, and nine bordars, have thirteen ploughs. There is a mill of fourpence (value): and fifty acres of meadow. It was worth forty shillings: now four pounds". The mill, no doubt, was sited on the stream, and it was this which gave Pickwell its importance : and there was a priest.

There is no trace today of the church which the priest served. It may have been a building of wood, or a small stone building pulled down to make way for the Norman church soon to be built on the same site. Of this church the font is the clearest indication. It is circular, shaped like a drum with intersecting semi-circular arches carved round the outside. It may be dated sometime in the twelfth century and implies a small aisleless Norman church with an apse at the east end and perhaps incorporating the present south doorway.

About 1225 it was found necessary to enlarge the church and the present north arcade (the row of pillars and arches on the left side of the nave) was built. Professor Pevsner (Leicestershire and Rutland 1960) thus describes it: This is of five bays, of which the last two were blocked soon afterwards. It seems that rebuilding had been intended on a grander scale than was later accepted. The arcade has double-­chamfered arches, still of round shape. The capitals of the circular piers include one with stiff-leaf."

Seventy years later, about 1300, a similar enlargement was made on the south side of the nave. Here the arches are pointed and narrower and the piers more slender. At the eastern end there are remains of a lancet-headed opening which may have given access to a loft. The south aisle is particularly splendid with buttresses and niches. Of this same period is the chancel with its tall transomed 'decorated' windows and its sedilia, and also the clerestory. The roof was removed and the row of windows on each side of the nave above the' arcades were inserted to give more light to the larger church. This was a common practice is Leicestershire churches in the fifteenth century, but a 'decorated' clerestory is comparatively rare.

The present building was completed in the fifteenth century with the building of the present 'perpendicular' tower with its battlements and pinnacles and the two tall transomed bell-openings. In 1861 it was re-roofed and 'restored', and its furniture replaced.

The Patrons of the Living

The first recorded patron was Roger de Camville in the reign of Henry I, who was also lord of the manor. Another manor had been held by the Sproxtons; each were held in fee of the honour of Mowbray. In the sixteenth century the Curzon family held both the lordship of the manor and also the advowson. In 1561 Queen Elizabeth I granted them to William Cave, whose descendant, John Cave, was vicar of Pickwell at the time of the Rebellion. A Royalist, he suffered much at the hands of the Roundheads and is said to have been dragged forcibly from the pulpit. His son William attained distinction after the Restoration and became Canon of Windsor and Chaplain to Charles II.

In 1637 manor and advowson were sold to the Campden family, and at the beginning of the eighteenth century the Earl of Gainsborough purchased them. During the twentieth century the advowson was conveyed to the Leicester Diocesan Board of Patronage.