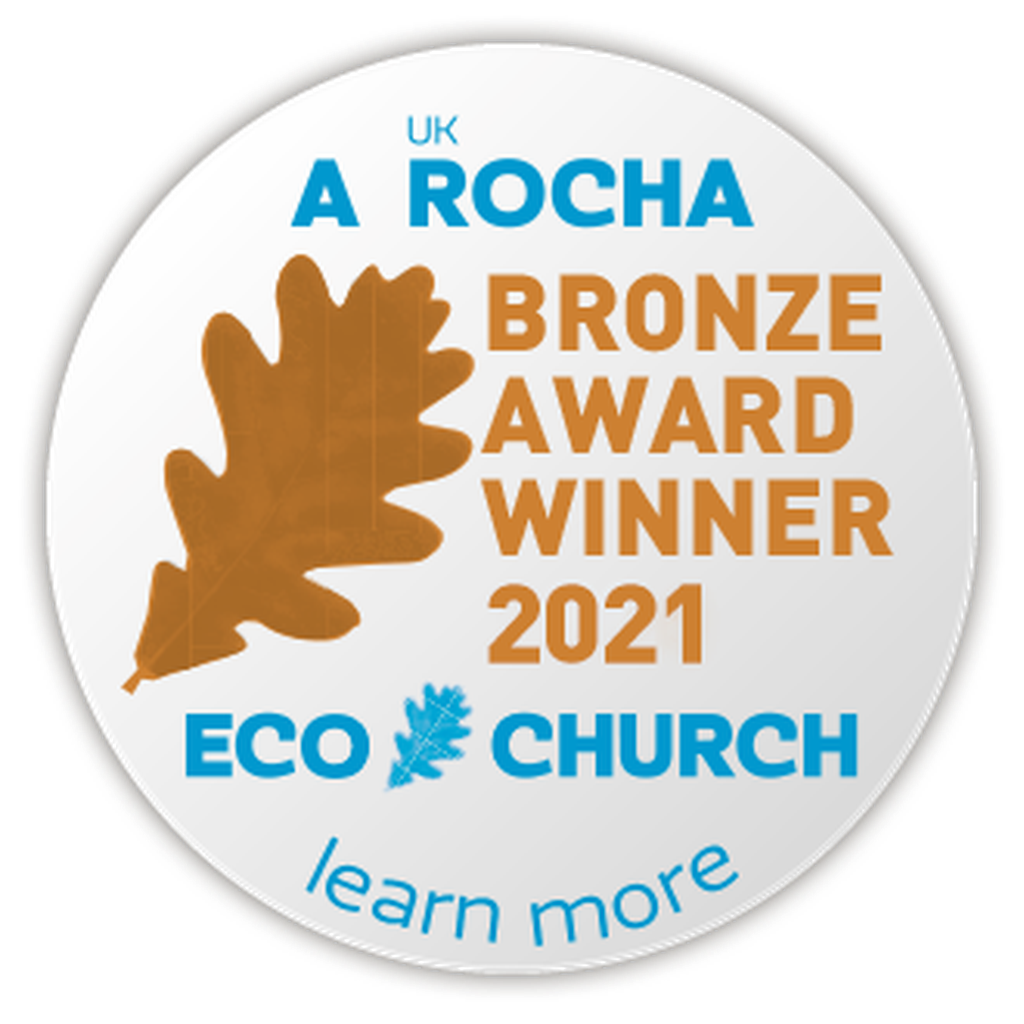 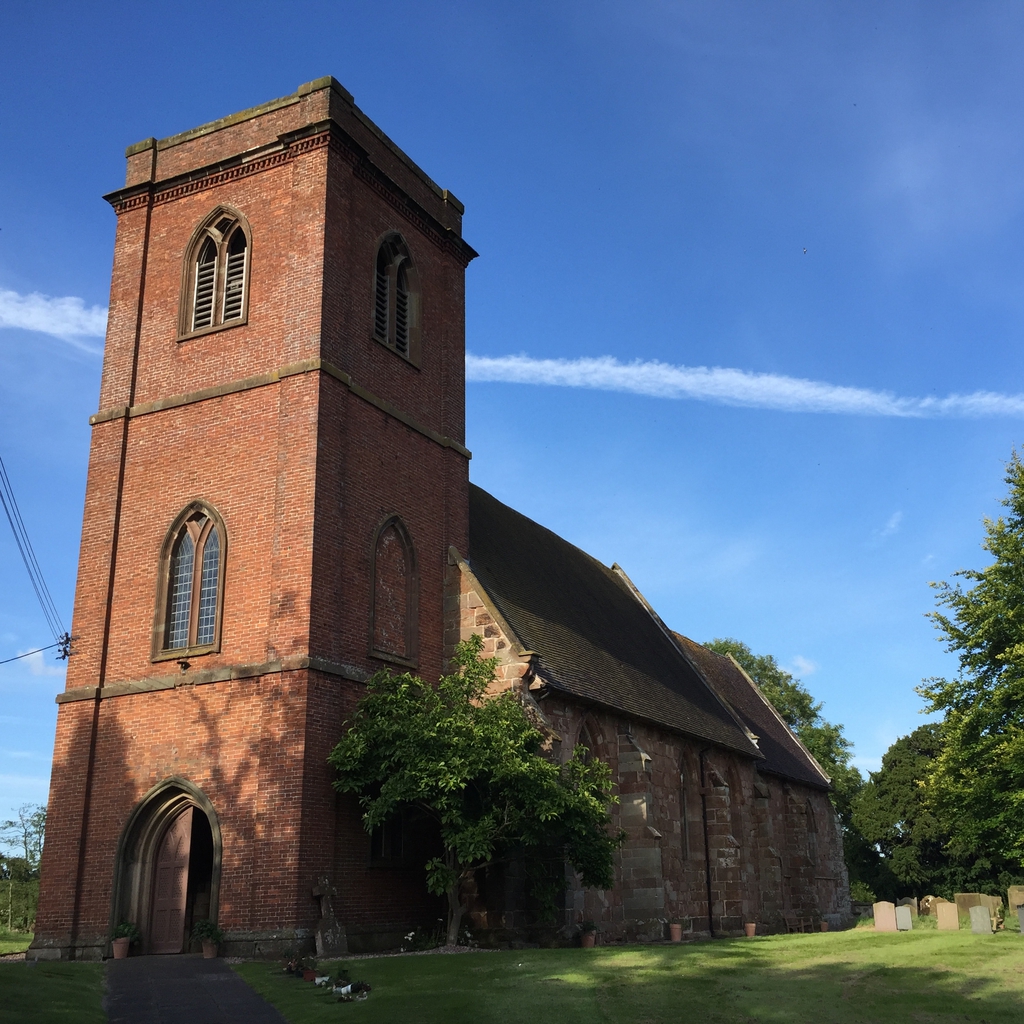 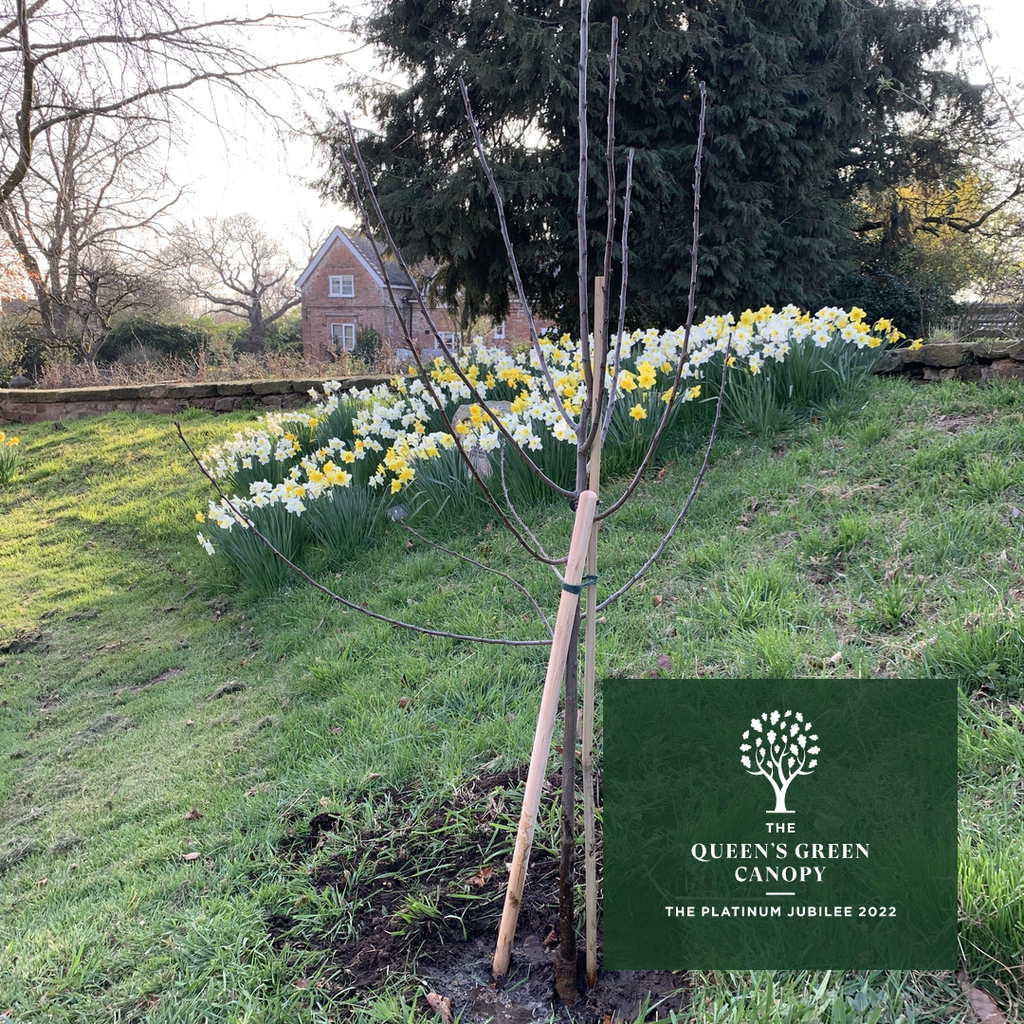 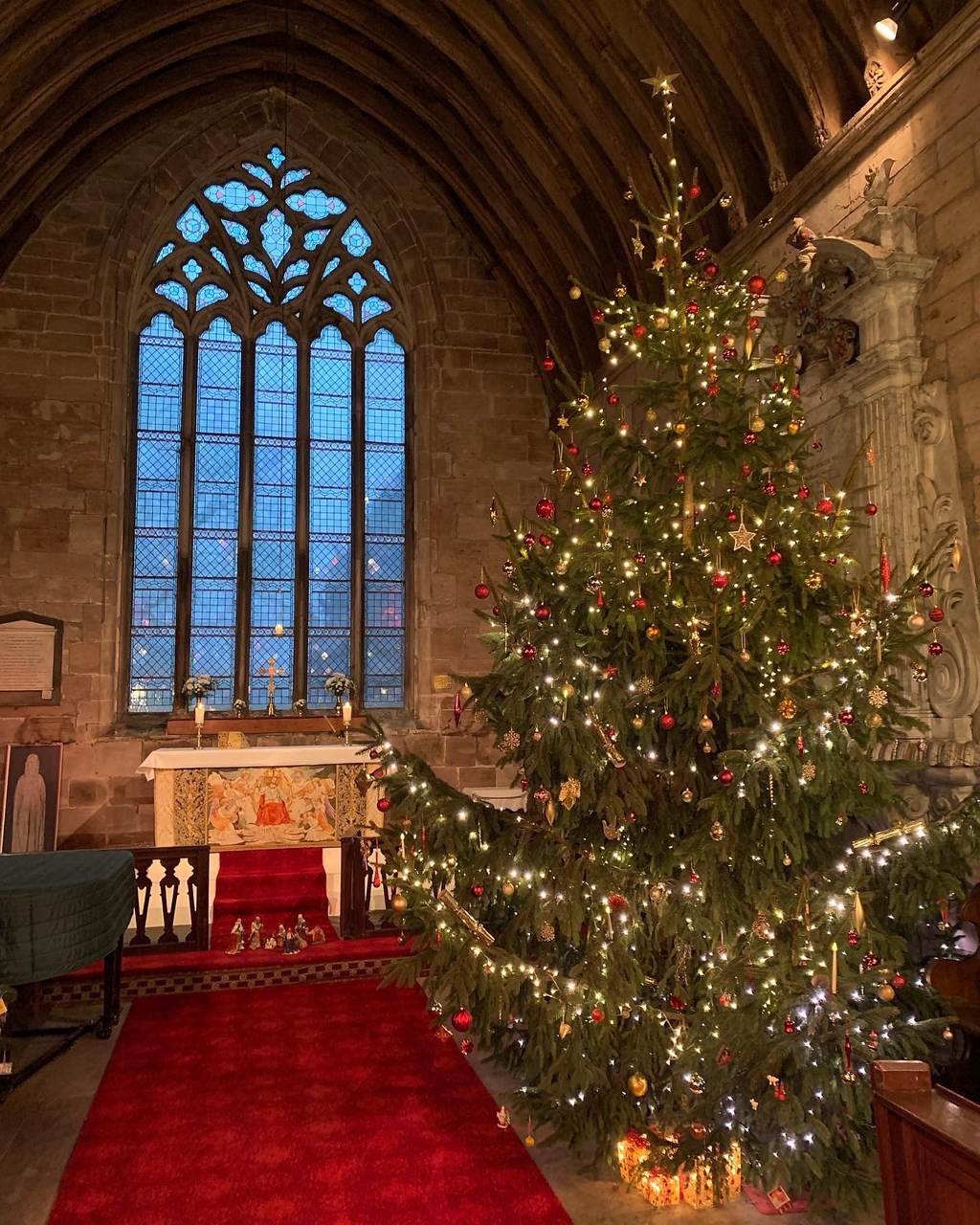 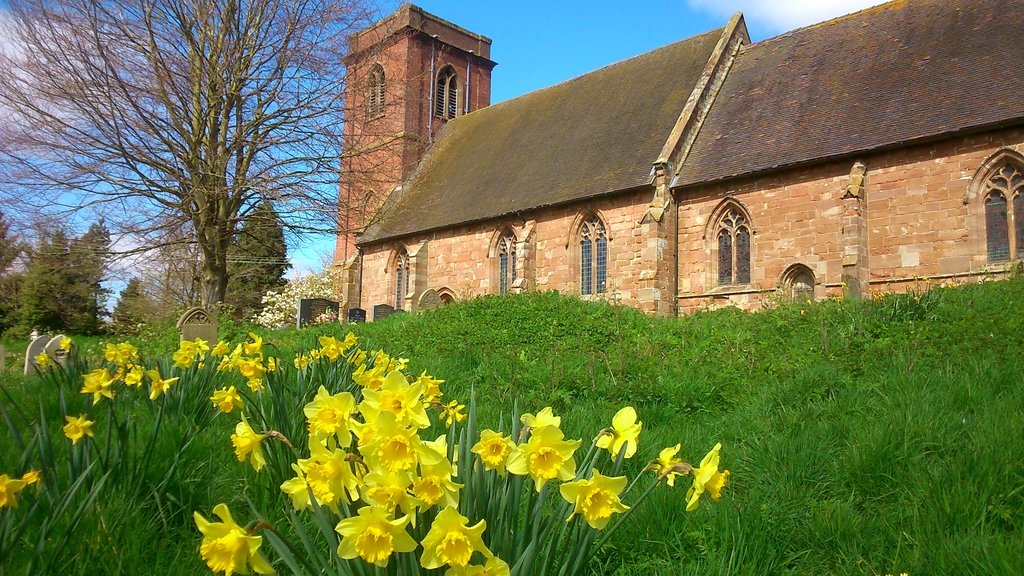 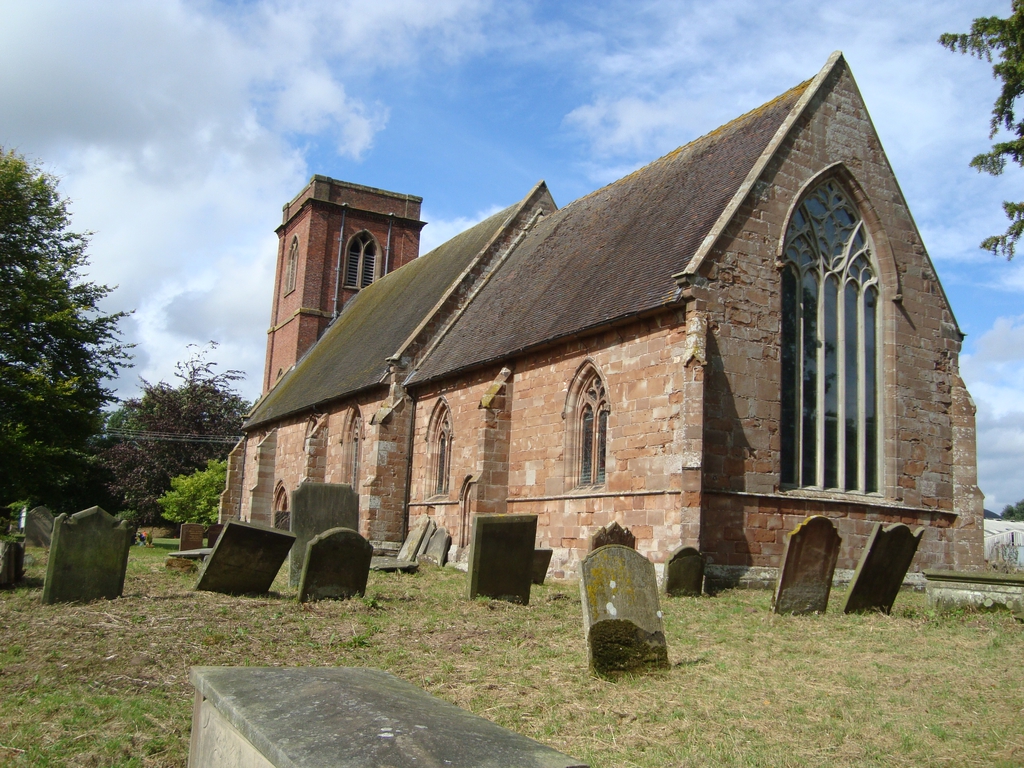 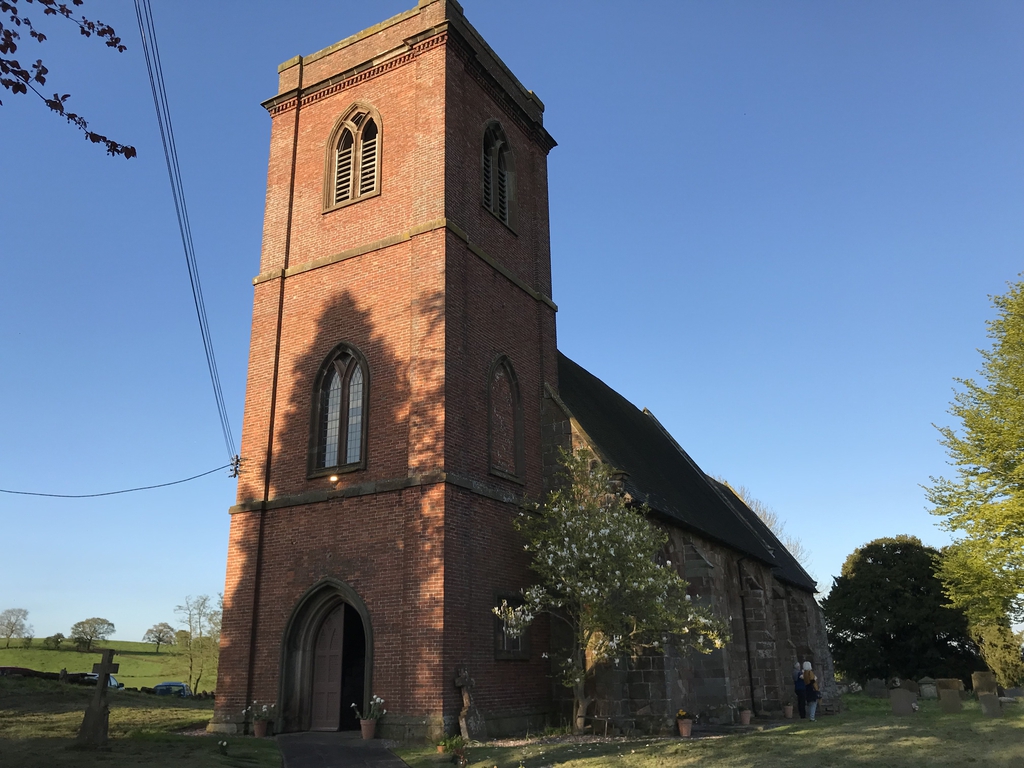 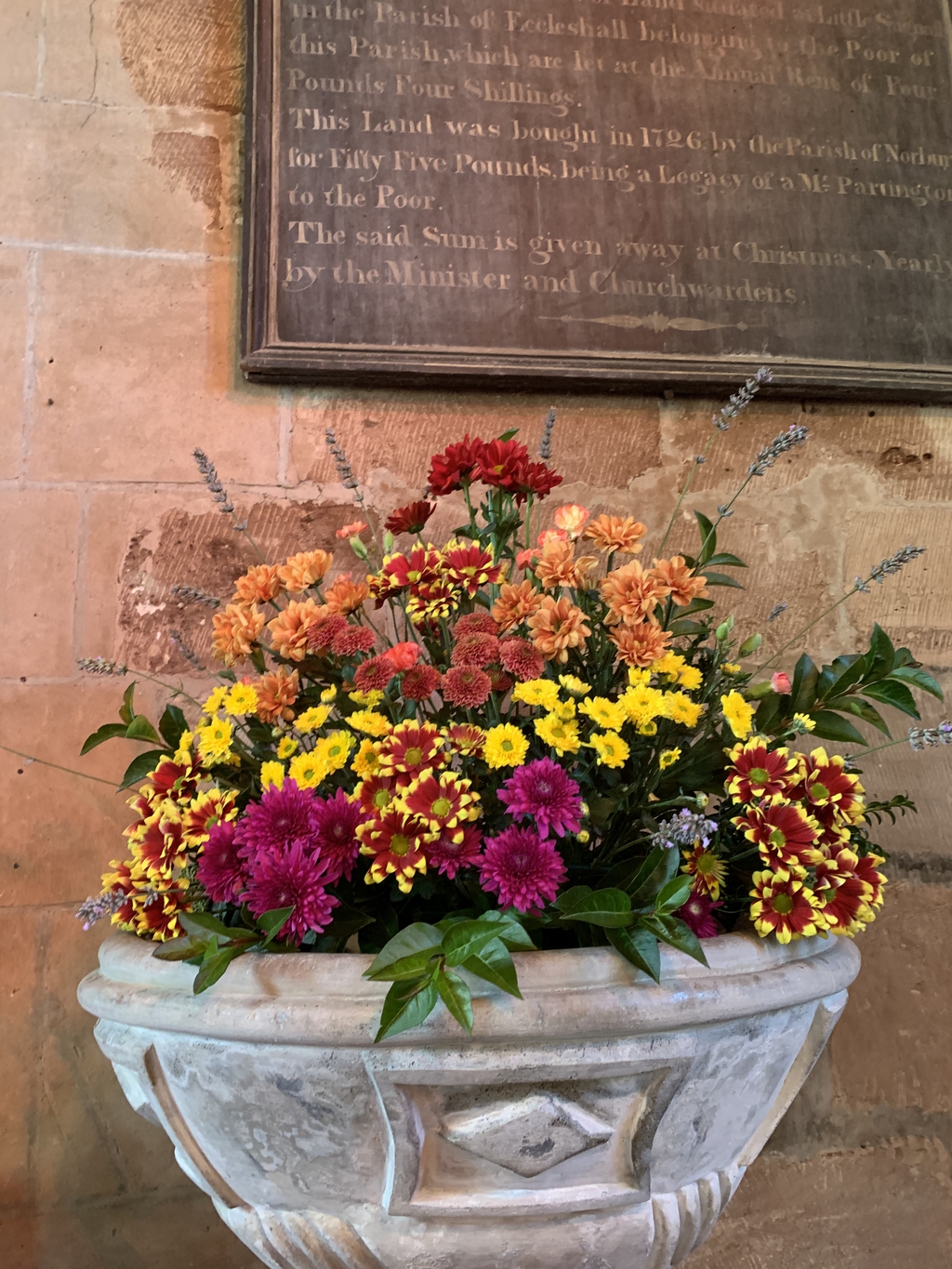 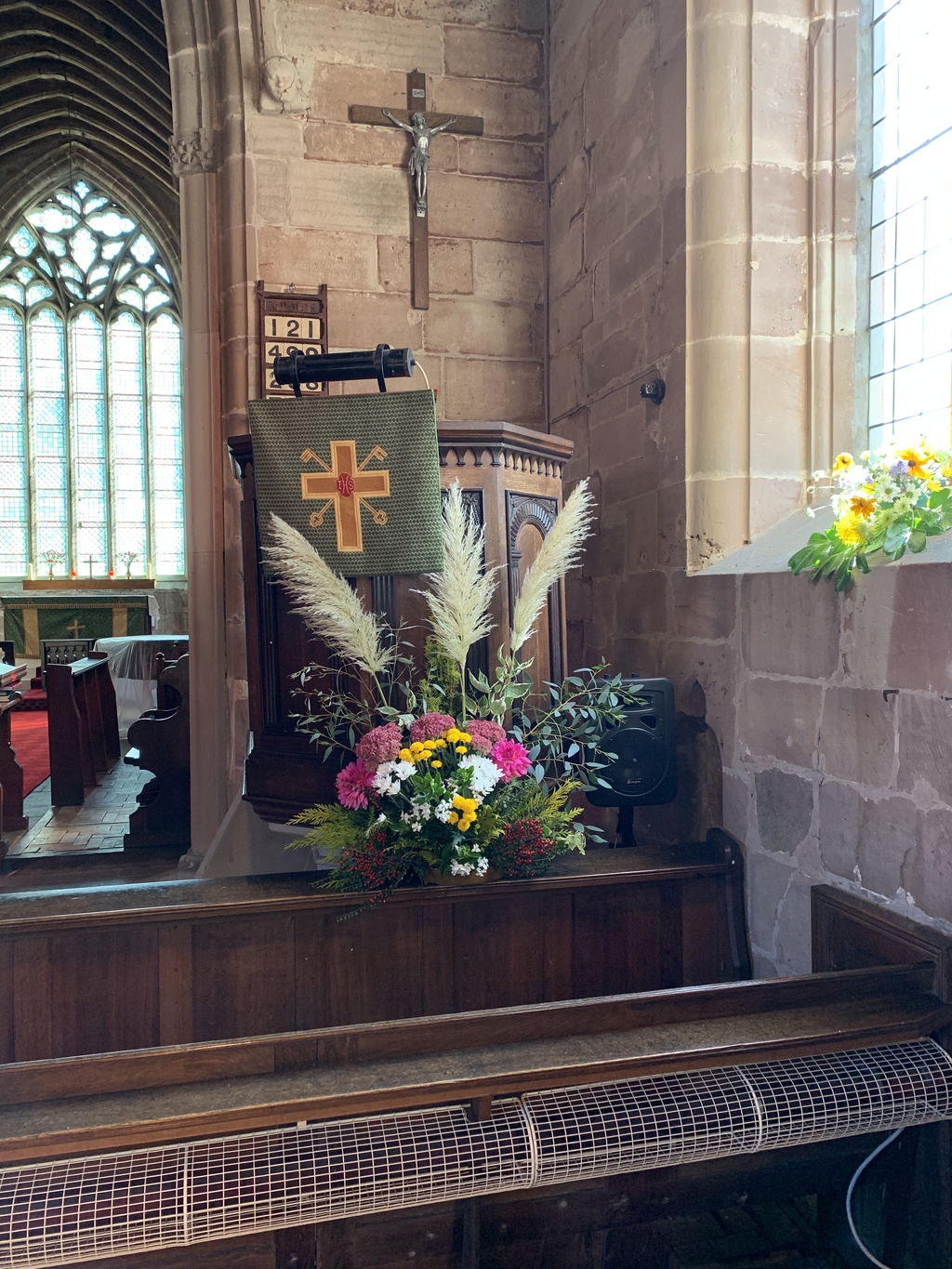 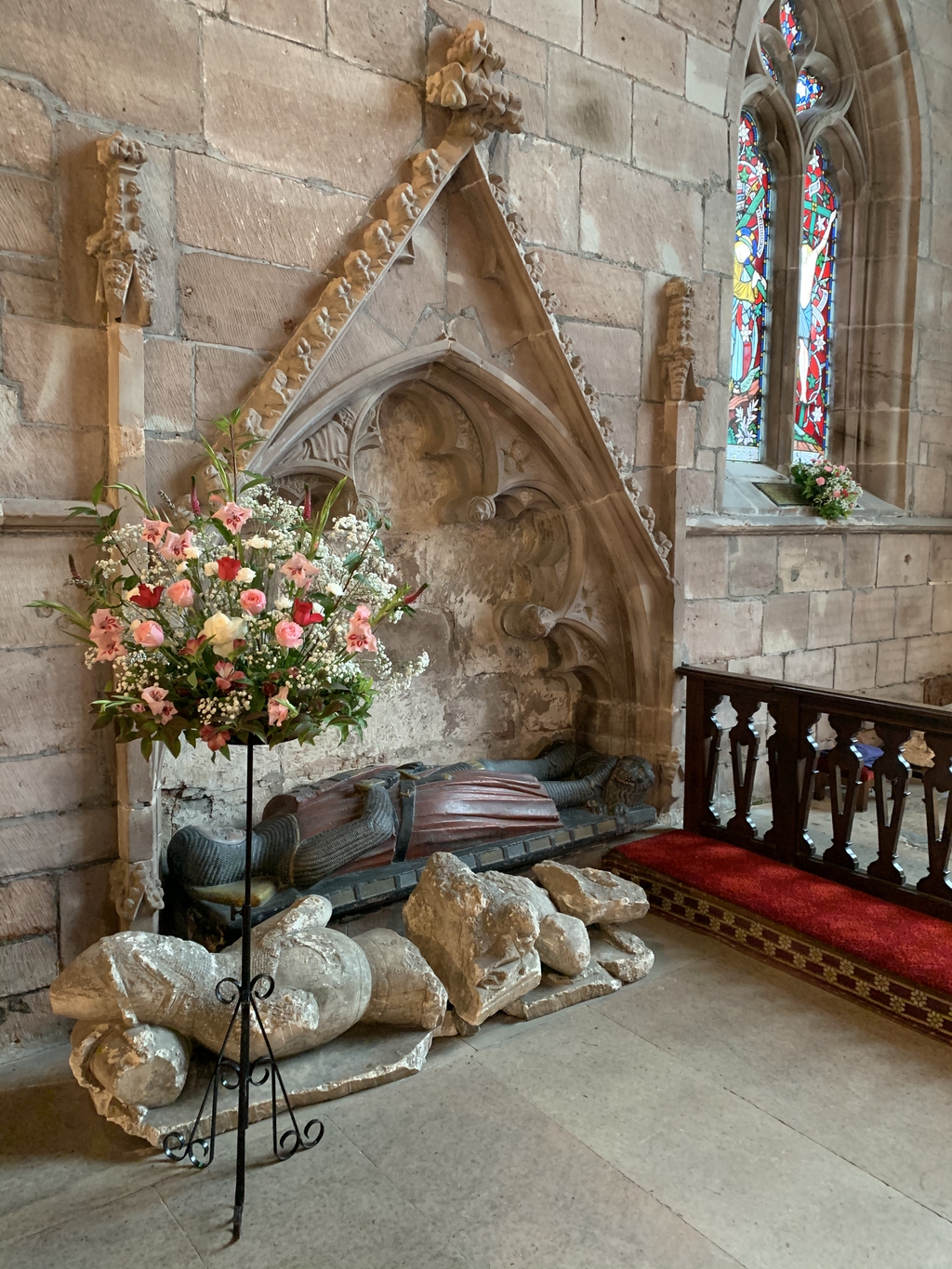 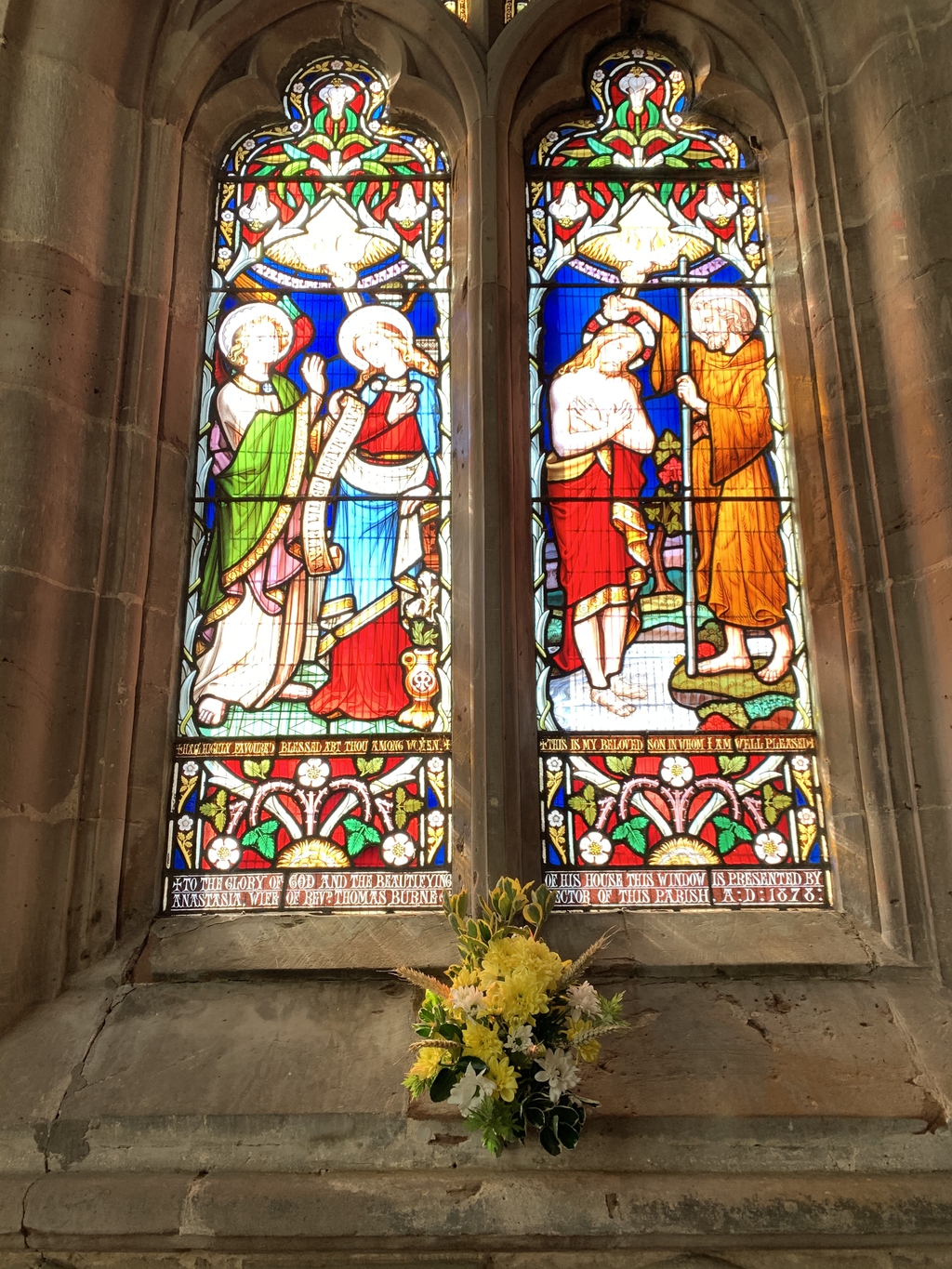 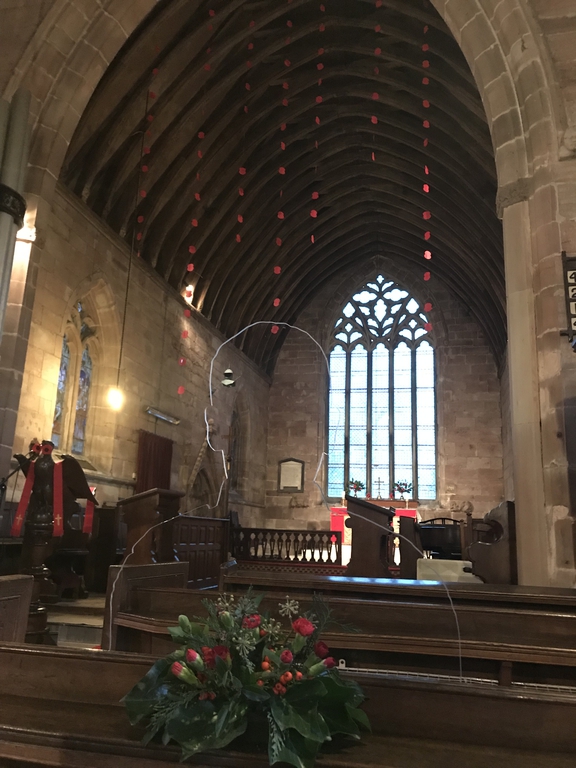 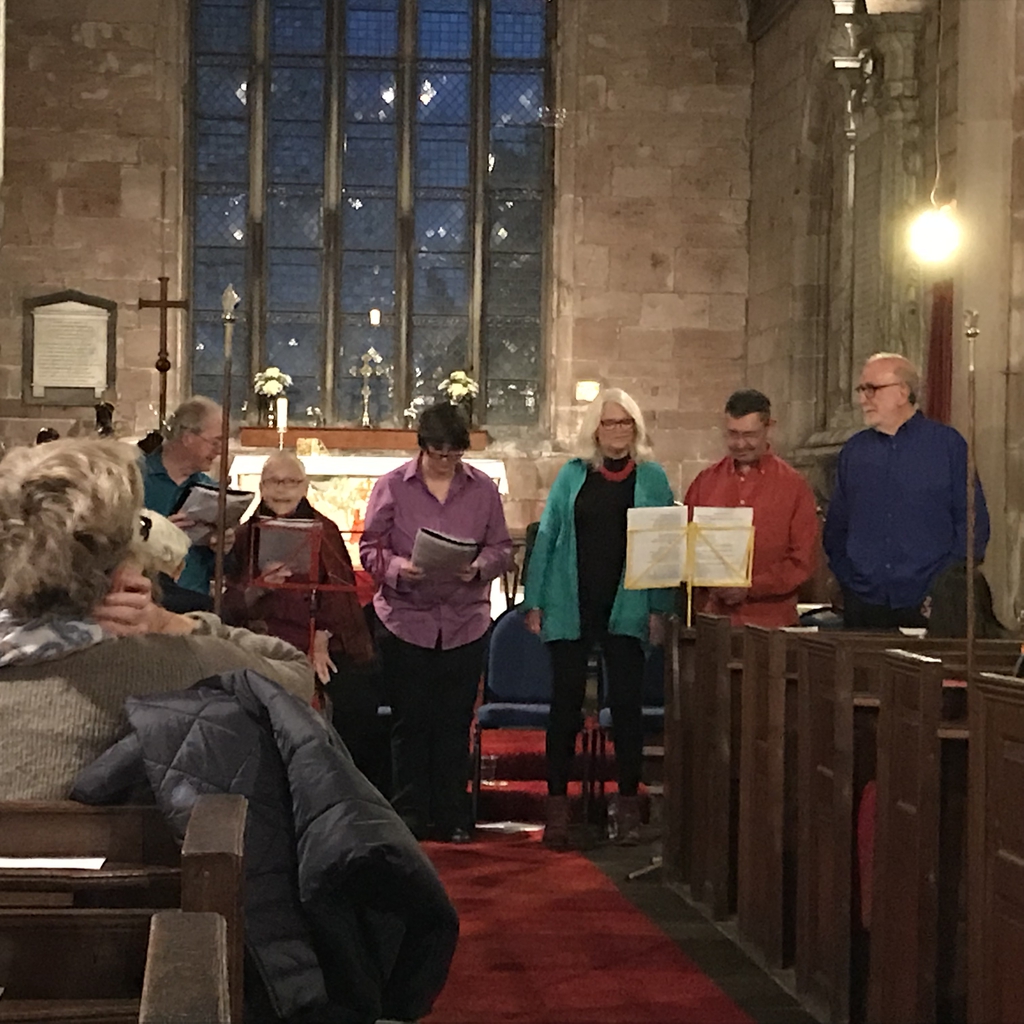 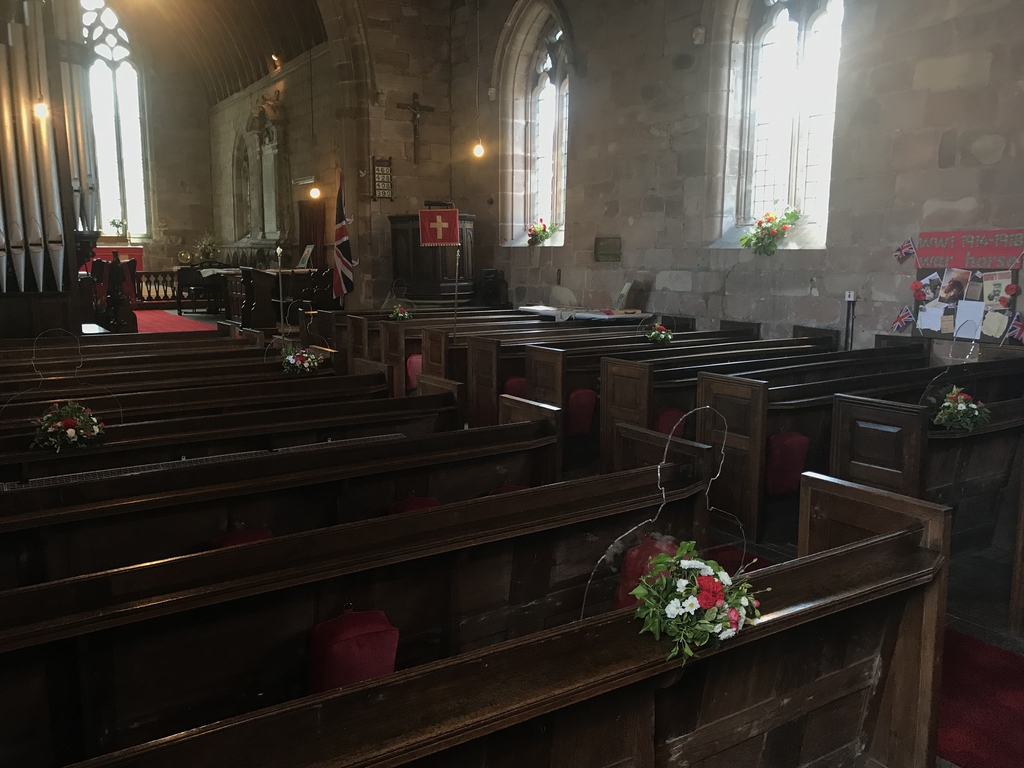 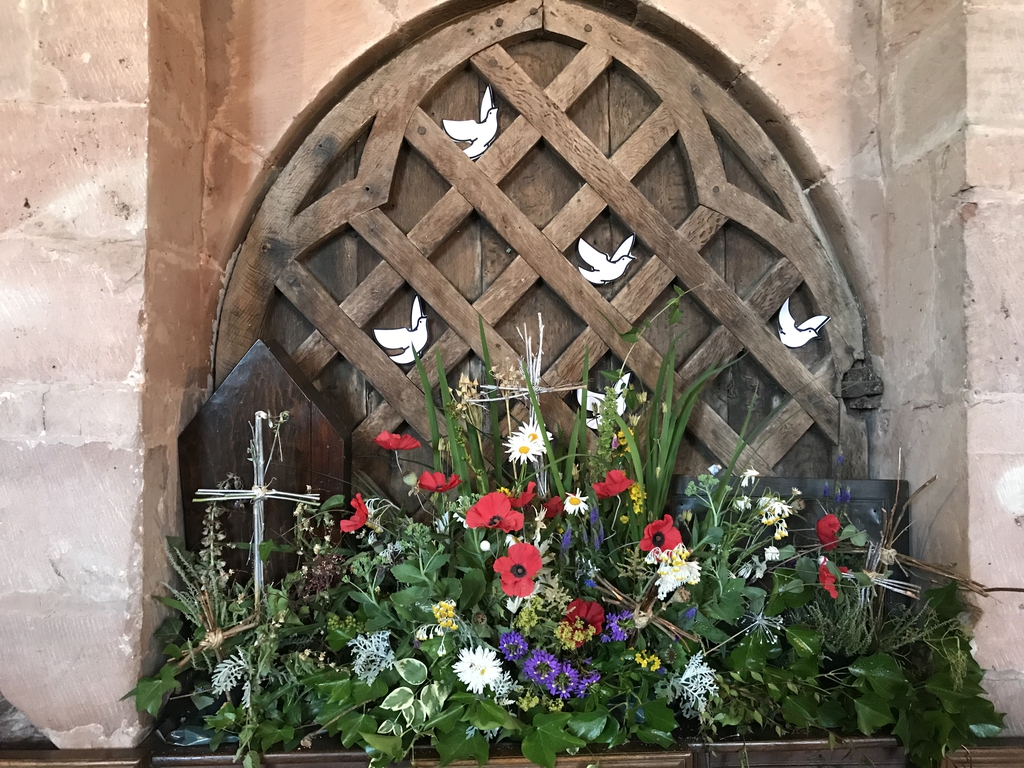 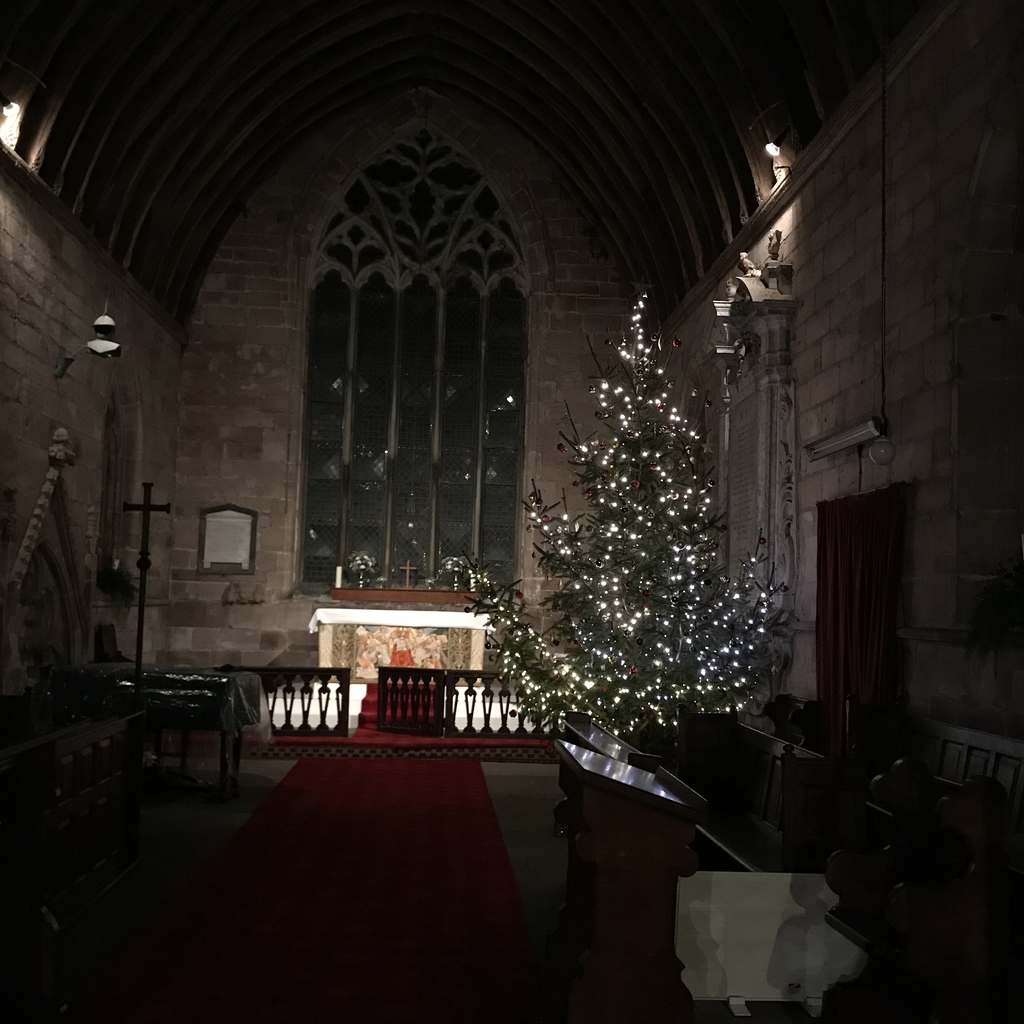 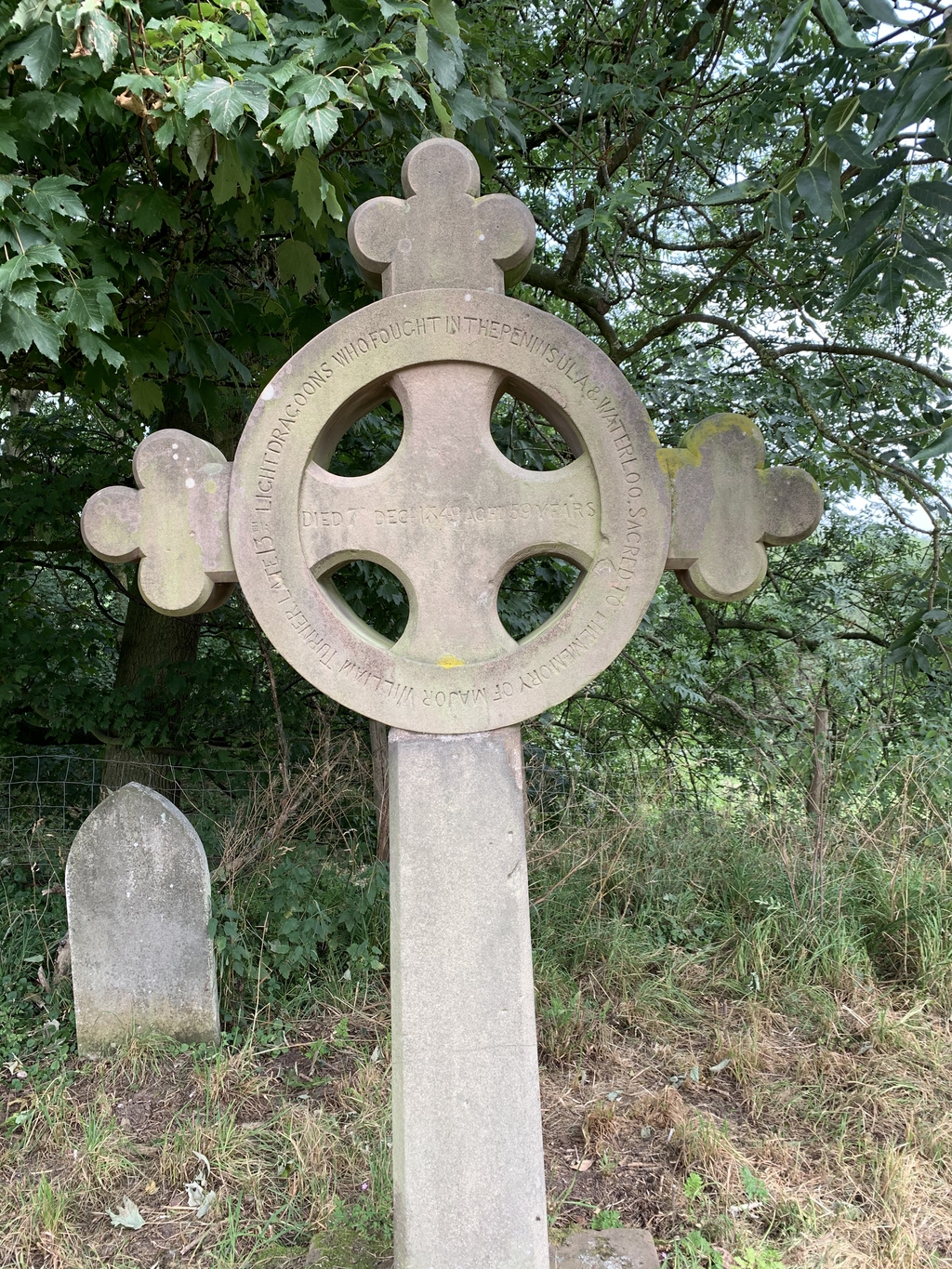 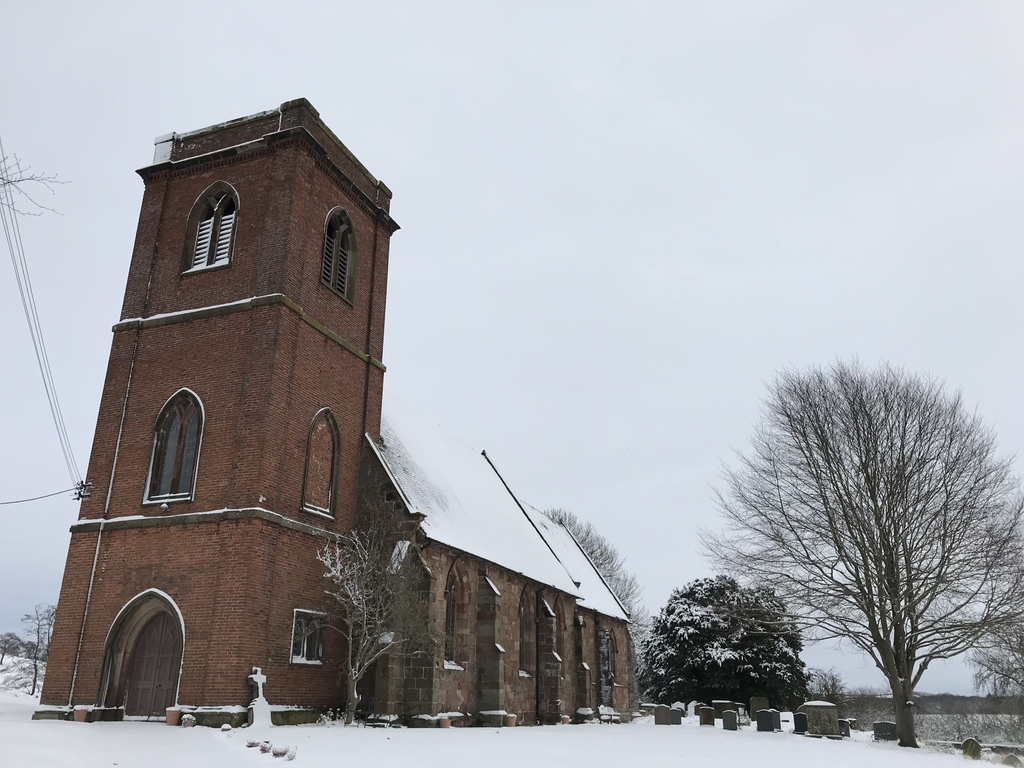 Parking is available outside the Church gates.

A ramp is in place to allow step free access to the Nave.

Assistance Dogs are welcome in Church.

I DATES OF MAIN PHASES, NAME OF ARCHITECT: Parish church of the C14 with C18 tower, restored 1826-29 when the vestry was added.

EXTERIOR: Mainly in Decorated style, with steep roofs on boarded eaves. The buttressed nave has three 2-light windows in north and south walls, unrestored on the north side. The south doorway has continuous moulding and graffiti of various dates, the earliest of which are 1600 and 1613. The door has old strap hinges. The north doorway is similar but simpler, and has an old boarded door with strap hinge, but used to cover the blocked opening. The chancel has diagonal buttresses, continuous sill band, C19 5-light east window and two restored 2-light windows in north and south walls. A south priest¿s doorway has an C18 panel door. There are 2 weathered scratch dials in the south wall. The 3-stage brick tower in Georgian Gothic style has clasping buttresses, and dentil cornice below a plain coped parapet. Openings have bold freestone surrounds. The lower stage has Gothic-panelled west doors, below 2-light 2nd stage window with Y-tracery, and blind north and south windows. The belfry has similar 2-light openings with louvres. The north vestry has a 2-light north window, and dedicatory tablet below the sill.

INTERIOR: The lower stage of the tower is the porch, and has stone steps to the ringing chamber and a former west gallery. Double panelled Gothic doors lead into the nave. The nave has a cradle roof, probably of the C14. The chancel arch is restored, and has polygonal responds, foliage bands for capitals and retains stencilled rosettes to the soffit. The chancel has a late-medieval keeled wagon roof, which has moulded braces with carved feet on a moulded wall plate (similar to High Offley). Bosses have been removed. The chancel has a continuous sill band. In the south wall are 4 low sedilia, which have linked hoods with head stops, and shields in the spandrels. Corbelled heads are either side of the east window. Walls are unplastered and show many masons' marks. Nave windows have rere arches with hood moulds and head stops. Floors are stone-paved, with parquet floors below the pews.

PRINCIPAL FIXTURES: There are several monuments of the C14-C18. In the chancel north wall is a very fine C14 tomb recess, with cinquefoil arch under a crocketed gable and with flanking pinnacles. The cusps are enriched with various faces and foliage, and with crude symbols of the Evangelists, in the cusp spandrels. The effigy (repainted probably in the C17) is of Ralph de Botiller (d 1342), and shows a cross-legged knight in chain mail and surcoat, drawing his sword. A damaged C15 effigy lies in front of it and is said to be of Sir Edward Botiller. On the sanctuary floor are weathered C14 and C15 female effigies. In the floor of the sanctuary is a late C14 brass of Lady Hawys Botiller, showing a figure 4ft long. In the chancel south wall is a large Baroque wall monument to Charles Skrymsher (d 1708), with fluted pilasters, broken segmental pediment and achievements. The font, dated 1738, has a baluster stem with round bowl, carved as a single piece. The pulpit is late C19 but incorporates Jacobean panels. Benches and choir stalls are late C19 and have square ends with 2 fielded panels, and fielded panels to seat backs. The C17 communion rails have fret-cut balusters. There are benefaction boards of 1834 and 1885 on the nave west wall.

HISTORY: The church was built in the C14, probably by Ralph de Botiller (d 1342), whose tomb is in the chancel. The nave roof may be original, although the chancel roof, similar to the roof at nearby High Offley, is probably late C15 or C16. The medieval church had a west tower, which was replaced in brick in 1759, possibly by William Baker (1705-71), architect of Audlem, although the new tower is said to have been built around older stonework at the base (and has C17 bells). This work is not mentioned in Colvin¿s Dictionary of Architects, however. Restoration in 1826-29 (recorded on tablet on north vestry) included addition of north vestry and a west gallery, at a cost of £700. The gallery was later taken down and the present benches were installed later in the C19. The east window was installed in 1873 to the design of Miss C.S. Burne.

REASONS FOR DESIGNATION: The church of St Peter, Norbury, is listed Grade I for the following principal reasons: * The core of the building is a well-preserved mid C14 church, only lightly restored in the C19. * It has well-preserved medieval roofs, including the outstanding late-medieval chancel roof. * It has fine C14 monuments to Ralph de Botiller and his wife. * It has other interior features of special interest, including C14 and C15 effigies, C18 wall monument, C17 communion rails and C18 font. * For the historical interest of its C18 tower which contrasts strikingly in period and material with the body of the church.

We are winners of a Bronze Eco Church Award.