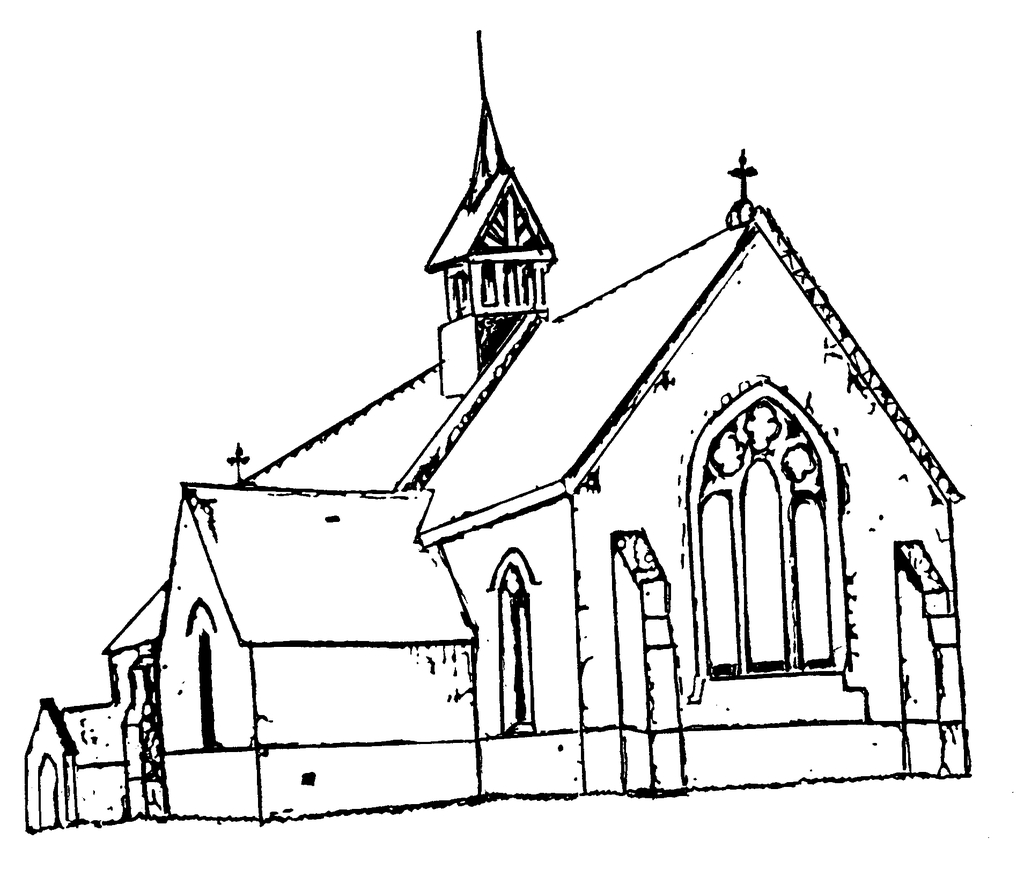 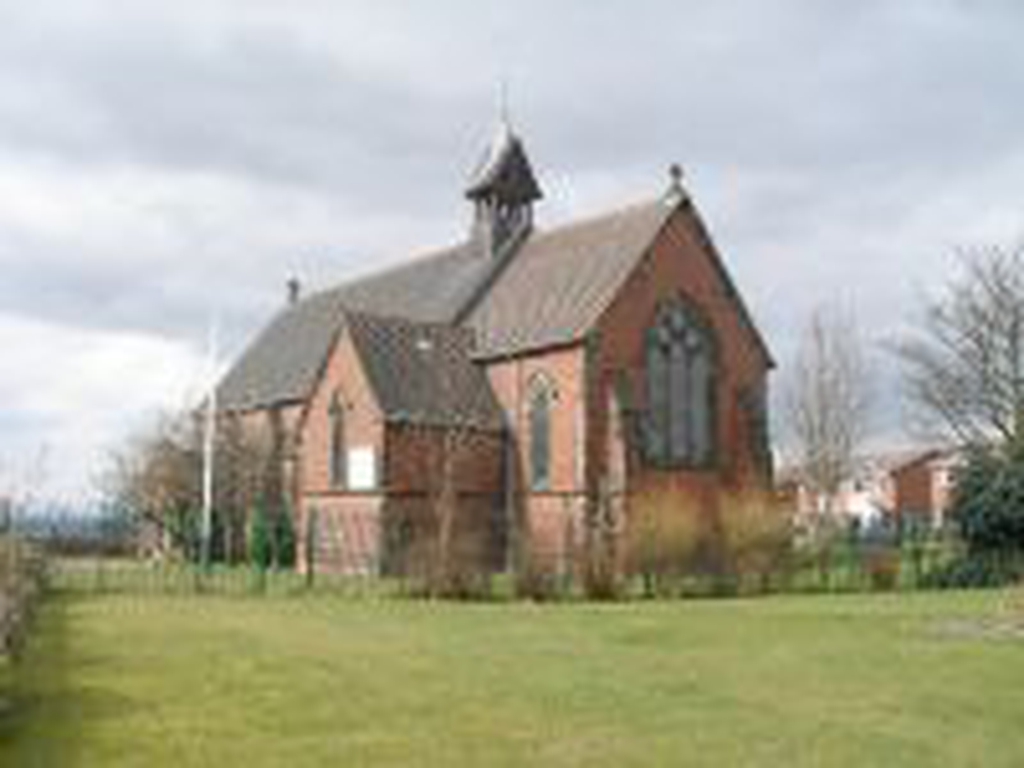 The church of the Holy Trinity Meir was built between 1890 and 1899; the church Institute (now demolished) in 1901. It was erected in land given by the Duke of Sutherland to satisfy the spiritual needs of what was then a small village. At the outset it was a 'daughter' to the 'mother' church of St Peter’s Caverswall. Until it was constructed by Messer’s Tominson and Bettelley at a cost of about £2800 parishioners from Mear (as it was then called – Uttoxeter road was named Mear Lane) worshiped 2 miles hence. But as a result of efforts by the local congregation, the main nave was started in the autumn of 1890. It had only a temporary chancel and vestry as first and so more money was realised by sweat and toil to help realise a permanent extension. Today a view from the footbridge over the new A50 reveals this addition in the slight variation along the roofline. Mrs W.E. Bowers of Caverswall Castle laid the foundation stone which can be seen beneath the stained glass window in the east wall. This was finally finished in 1894 and the entire church dedicated by the Bishop of Lichfield. It has to be said without the determination of a few wealthy local ‘worthies’ the gestation of Holy Trinity Church would have taken very much longer. The finial addition to the church occurred on St Andrews Day in 1899, this was the organ chamber, which can be seen protruding from the chancel on the south side. In a relatively short time the entire structure was free from any outstanding debt. The hardworking parishioners had paid off all they owed in a few years, a magnificent effort from a community that was not wealthy by any means.
Many of the clergy who took the services here in Meir came from Caverswall, usually the vicar – in the 1890’s Rev. JG Addenbrooke, and one of the most notable of those early pioneers was the Rev Thomas Heywood Masters who went on to become Chaplain to King George V. In the embers of the nineteenth century through the talents of someone who visited the church regularly, Holy Trinity Church was to achieve national fame. This was due to the presence of a regular visitor who used the church organ to polish his musical technique and skills. William Havergal Brian went on to become a colossus in the world of music. His monumental ‘Gothic Symphony’ was completed in 1927.
Our Marriage records 1926 - 1990 and Baptism records 1910 - 1977 are held at the Willam Salt Library, Eastgate St. Stafford. 01785 278373

Booking for the use of the church hall are via the churchwardens.