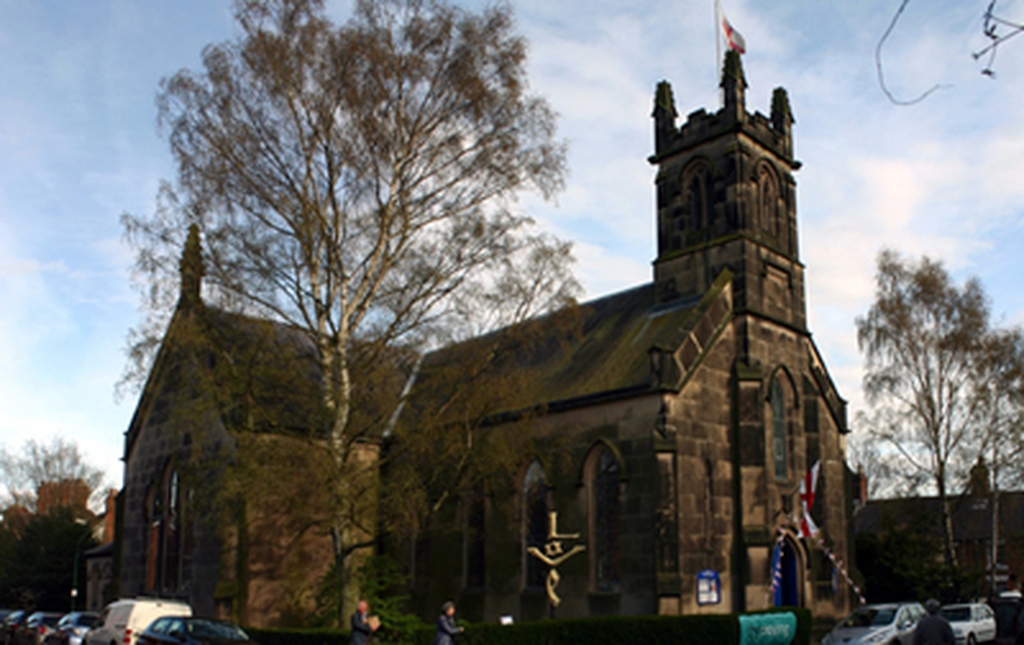 Shrewsbury St.George of Cappadocia
Services and events
News and notices
About us
Find us
Drinkwater Street, Frankwell Shrewsbury
Get in touch
(01743) 235461
Facilities
More information
Social
Edit this church

St George's is one of several Anglican parishes that serve the town of Shrewsbury.  The church is built on high "ground in Frankwell, at the junction of Drinkwater Street and St George’s Street.  Frankwell, is to the northwest of the town centre, and separated from it by the River Severn.  The Welsh Bridge provides the main river crossing [to and from Frankwell] giving access to and from Thomas Telford's road, which runs through the parish out towards the Welsh border and on to Holyhead.

The area within the parish boundary is largely residential but also contains the former Copthorne Barracks [once the home of the King's Shropshire Light Infantry] and Mount House, [now the District Valuer's Office] which was the childhood home of Charles Darwin.

The Frankwell area is one of Shrewsbury’s oldest suburbs.  With its location by the river, and on the road to Wales, it grew up as a port and a trading location.  Originally constructed across the river [and outside of the walled Borough of Shrewsbury] it was therefore beyond the town’s jurisdiction.  The name Frankwell is possibly derived from Frankville – which means a town of free trade.  As Frankwell was originally independent from Shrewsbury it was nicknamed, locally, as the Little Borough – a title that is still used today

The river crossing to Shrewsbury was by means of a ford in the early middle ages.  This was replaced, in the mid twelfth century by a bridge – St George’s Bridge – which subsequently became known as the Welsh[man’s] Bridge and was located at the bottom of Mardol.  This was demolished in 1790 and a new bridge – Welsh Bridge – built a short distance [70 metres] downstream.

Frankwell was highly prosperous during the 16th to the 18th centuries and several buildings from the period have survived.  Until the construction of St George’s Church, in 1832, the area of Frankwell was contained within the parish of St. Chad.

The history of the church is linked with a family named Drinkwater.  The Drinkwater’s were wealthy wool merchants, originally from Cheshire, who moved to Shropshire in the 1800’s.  Richard Drinkwater [1755 to 1825] subsequently moved to Frankwell, and owned a large amount of property in the area.  His son Richard Drinkwater [1785 – 1853] was Mayor of Shrewsbury in 1834/5.

St Chad’s Church was, in the early 1800’s, a very busy church.  There was, therefore, support for the building of a new church in Frankwell.   Richard Drinkwater promptly donated the land, and within a few days of the initial meeting in July 1827 records show that over £540 had been donated towards the building fund.

Sadly, there was soon significant opposition to the proposed new church.  This seems to have been mainly for financial reasons – St Chad’s church building had not been paid for and operating costs and interest charges on the construction cost were high.  To add to this at this particular time, Shropshire and Shrewsbury were in economic depression.  The objectors queried that if the new church was intended for the poor people of Frankwell, how were they to pay a large percentage of their annual income on pew rents?

The church building committee, in an open letter [slightly insensitive maybe] to the objectors, stated that legally they could do whatever they liked!  In January 1828 there was a turbulent meeting the upshot of which was to allow a parish vote. This vote showed a majority in favour of the new church and subsequently the Church Commissioners donated £2000 towards the new church.

When St George’s Church was consecrated in January 1832, provision was made for 460 people in the ‘free seats’, nearly twice as many as paid for their pews, which no doubt pleased those who had opposed the new building.  The church was named after a mediaeval chapel of St George which stood somewhere near the now demolished bridge, mentioned previously.  Construction cost was £4,000.

A subsequent record about St George’s commented … built in 1832 as a chapel of ease to St Chad's, St George's became an independent parish in 1857.  The architecture is 'Debased Early English' in style and has richly glowing stained glass.  The church is located close to Darwin's birthplace.  The architectural term 'debased', whilst sounding like an insult, simply means that it is a development of a previous style.  The debased English style can be traced back to 1540 and has been described as 'stylistically more simple and inauspicious and inferior to previous styles' and features 'clear vertical and horizontal lines and angularities'.

St George’s has a tower with four pinnacles at the west end containing one bell. The stained east window was presented in 1832 by the Rev'd Richard Scott BD., those in the transepts by the maker, Dr David Evans.