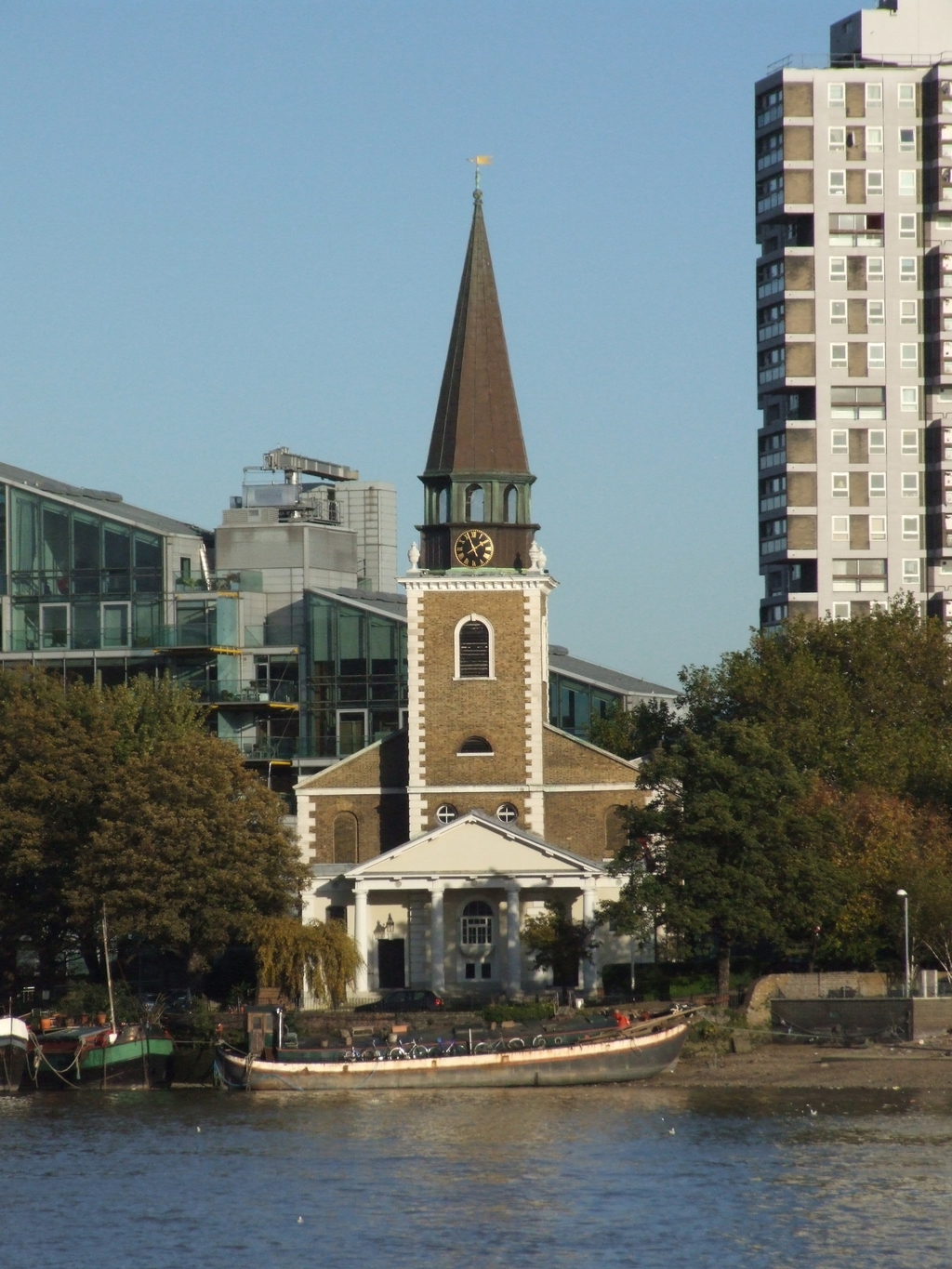 The present church was built between 1775 and 1777 to the designs of a local architect Joseph Dixon, on the site of a previous church which may have existed since 800; and follows a similar ground line to the building presumably demolished in 1774/5. Considerable reconstruction and repairs were carried out in 1878 and also in 1938, with further repairs and alterations in 1956 and 1977/8. The crypt which was used for burials until 1854, was re-arranged with the lead covered coffins laid on either side of the crypt and covered in concrete in 1875, with the coffin plates removed, some of which are displayed on the columns and walls the north side of which is now known as the main hall. The crypt was converted in 1977/8 to provide the present main and small hall spaces, with choir vestry/meeting room, kitchen, boiler room and toilets. The organ was rebuilt with a new English oak case in 1991, reusing much of the original 18th and 19th century pipe work, by Saxon Aldred. The belfry contains 8 bells, comprising 6 recast from bells of the previous church and two new ones, installed when the church was completed in 1777, were re-hung in 1938.

The church is Georgian in style and consists of an apsidal sanctuary at the east end; a nave, which is divided into north and south aisles with narthex and central area, by columns supporting a gallery around the north, west and south sides, entered at both ends through doorways which are placed on either side of a central west tower, via north and south stairways from entrance halls and doorways set in a Doric columned neo-classical portico. A vaulted crypt extending under the whole of the ground floor provides main and small hall areas, with a choir vestry/meeting room, kitchen, boiler room and toilets. The crypt is entered from the main church via a staircase in the north west corner and has separate external doorways on the north and east sides. The tower has seven levels, providing:- a store at crypt level, with a small internal staircase connected to the vestry, which is level with the nave; a bell ringing chamber at gallery level, with a bell rope and storage area over, followed in sequence by the bell chamber, clock chamber and turret surmounted by a small spire.

The church site is enclosed by stone capped brick walls, surmounted by wrought iron railings to the river and Battersea Church Road frontages, with the eastern boundary enclosed by a high rendered brick wall. Residential barges are moored to the river wall with access via the churchyard.