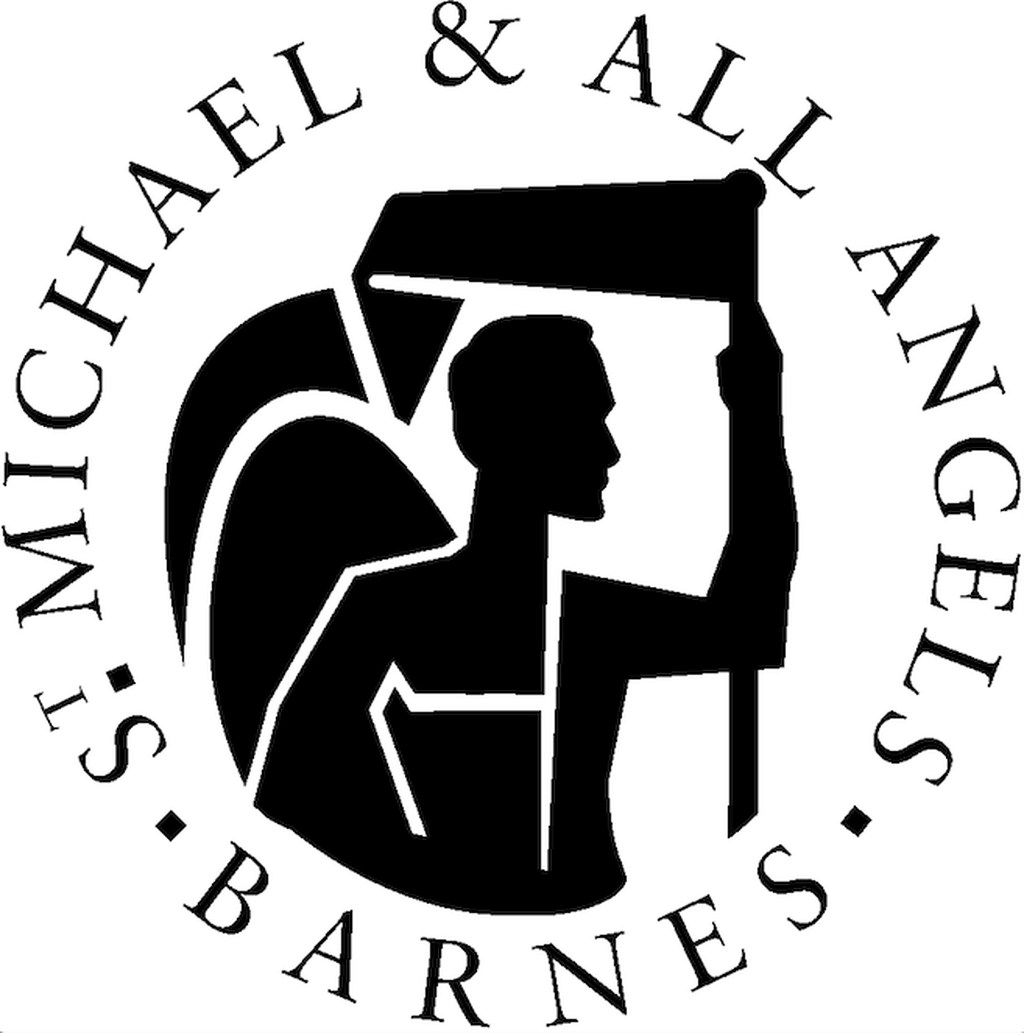 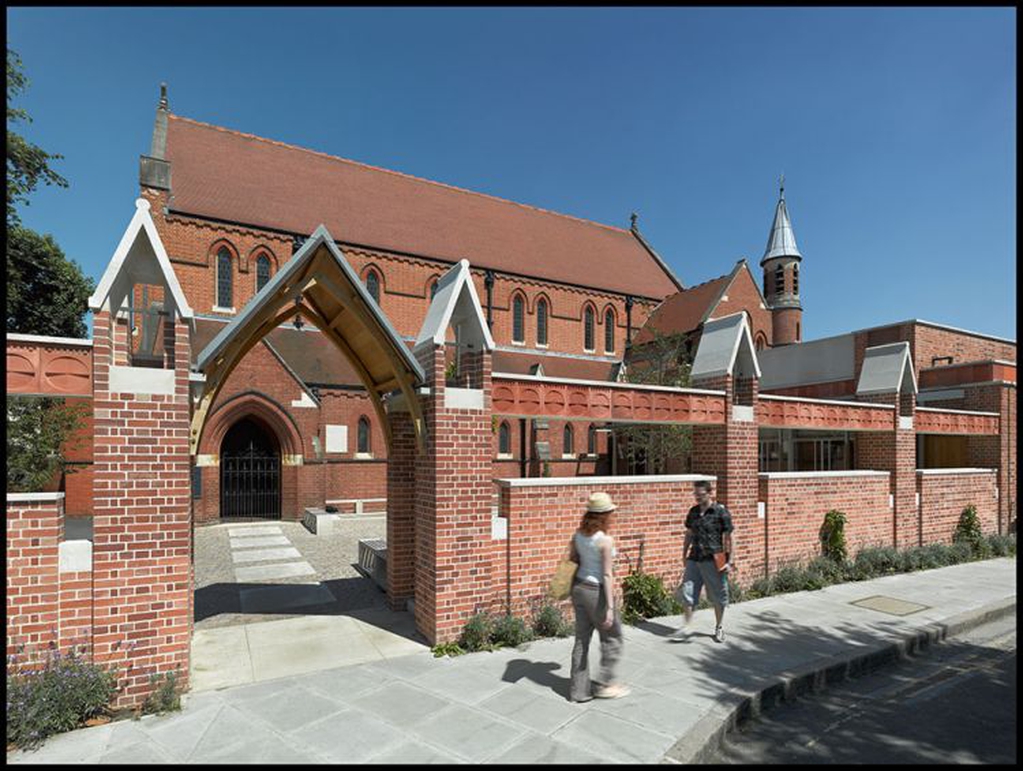 St Michael & All Angels, Barnes
Services and events
News and notices
About us
About the church
Find us
Elm Bank Gardens Barnes London
Get in touch
(020) 8876 5230
Facilities
More information
Edit this Church

The church was designed by Charles Innes and mostly built between 1891 and 1893. The south aisle, organ chamber and vestries were completed in 1898. In the early years of the present century a modern community centre, choir room, kitchen and facilities designed by Hugh Cullum were added on the south side. The structure is of red brick with limestone dressings and string courses. Roofs to the original structure are sloped and covered with clay tiles.

Internally the simple rectangular plan takes the form of a basilica in gothic style. The nave has six bays. Red Mansfield stone columns with carved capitals and bases support a clerestory and timber framed roof. There is an apse at the east end containing the altar and a smaller one at the west end containing the font. There is no chancel, the choir stalls and altar being placed instead on a raised walled platform extending into the nave. To the north, a Lady Chapel is formed within an apsidal extension to the north aisle.