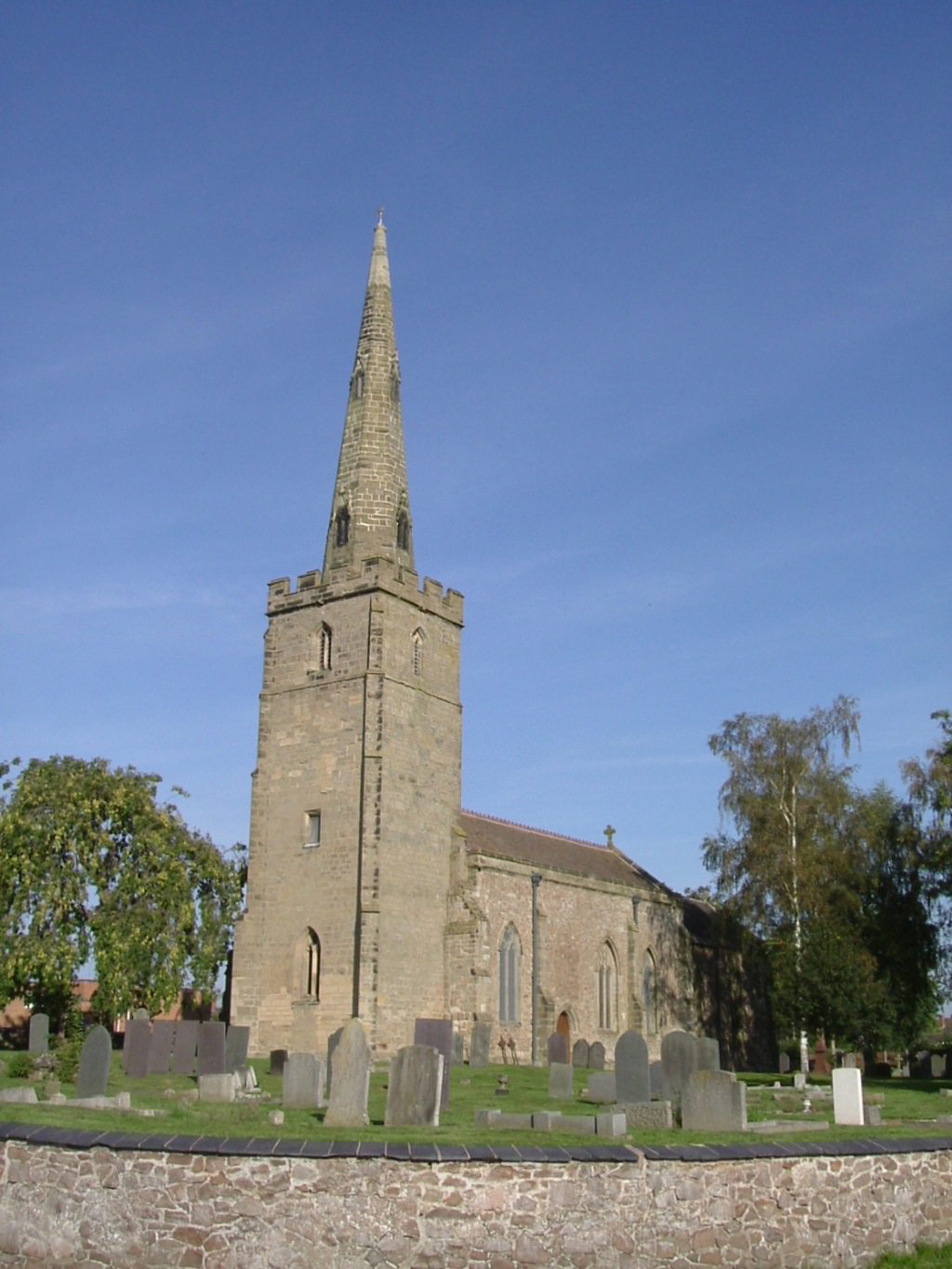 Whilst a church in Sapcote can be traced back to 1188, the existing church probably dates from the end of the 13th century. The body of the church is constructed of Rose Granite, the tower and spire added later, are of Sandstone.

There is an interesting Norman font dating from the 11th century, probably a survivor from the earlier church on the same site.

What is now the north aisle was at first a Chantry Chapel, one of only two in Leicestershire. This small College of Chantry Priests was established in Sapcote by Ralph Bassett, who was given a licence costing £20 by Edward III in 1361.

An unusual feature of the church is the Hagioscope, known as a squint, which allows a view of the Lord’s table from the north side of the chancel. The interior of the church is tiled throughout in Minton tiles, that are in very good condition.