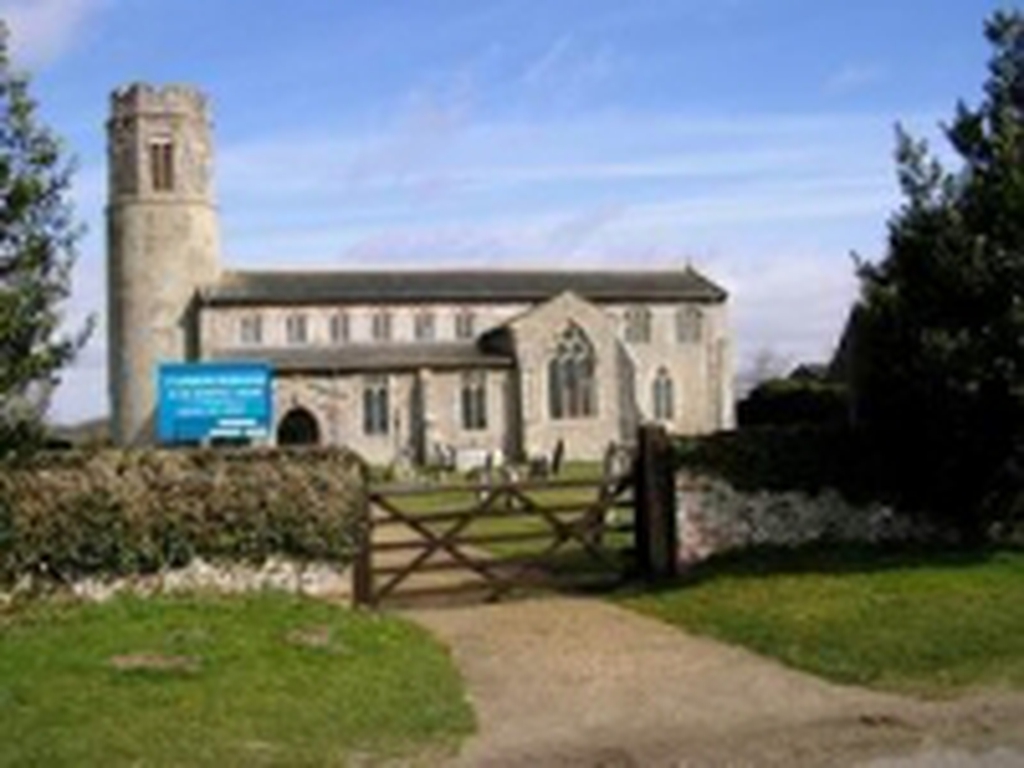 The large & handsome Church of St Andrew is situated in the heart of some of Norfolk's most attractive countryside.

There were formerly two churches sharing the same churchyard, the other being dedicated to St Mary. No reason has been found as to why St Mary's was abandoned, probably at the time of the Reformation, but maybe the upkeep of two churches in one parish could no longer be sustained. It is worth noting, however, that Norfolk was a comparatively prosperous & well populated area in the Middle Ages because of the fertility of the soil and the wool trade. This may explain why St Andrew's is such a grand church for so small a community.

There were two manors within the parish. Bigod's Manor (in the possession of the Stone family from the mid C16th to the C19th) and Walsingham Priory Manor, which was held by Walsingham Priory from 1318 until the dissolution of the monasteries during the reign of Henry VIII in the C16th. It is likely that the connection with Walsingham is another reason for the grand scale of St Andrew's.