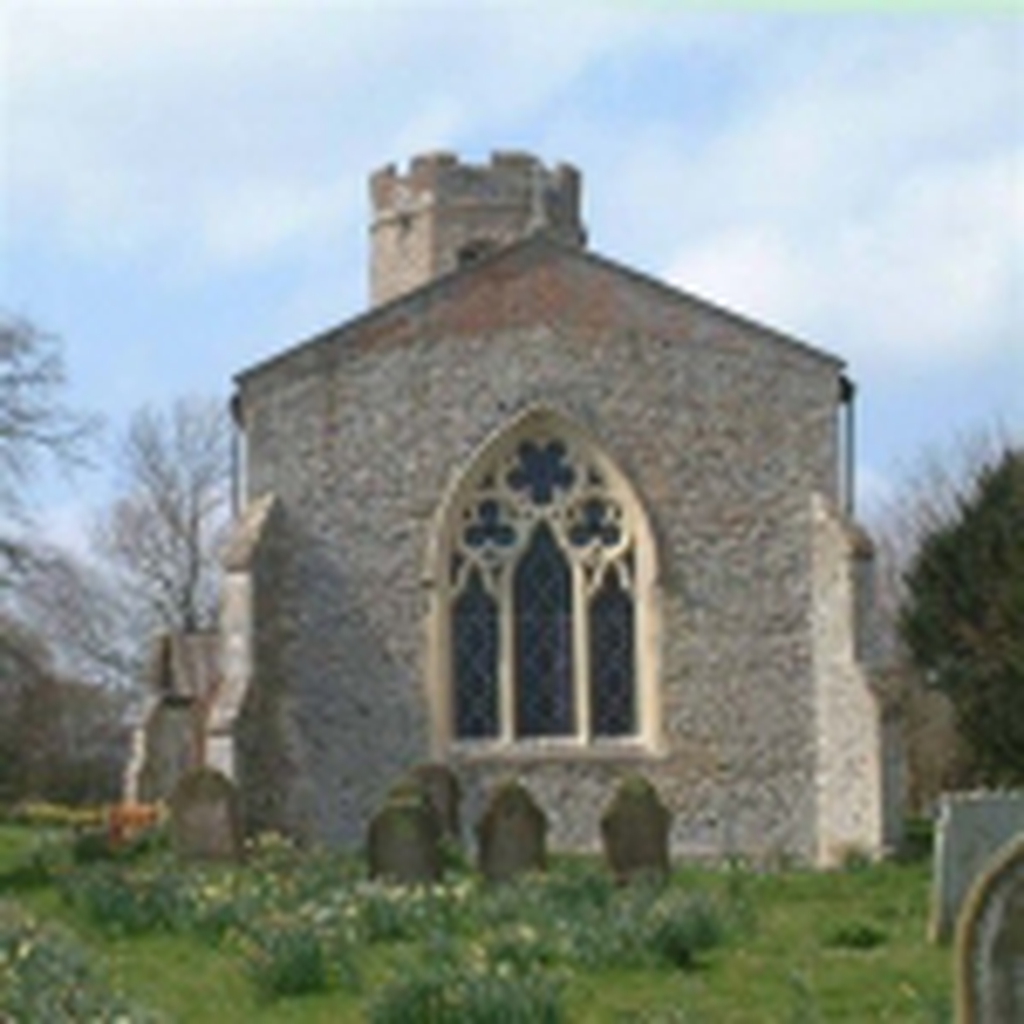 Fritton: St Catherine
Services and events
News and notices
About us
A short history of St. Catherine's Church, Fritton
Our Village
Find us
Fritton Norwich
Get in touch
Facilities
More information
Edit this church

The church can be found about a mile from Fritton Common on the road to Hempnall, and is approached up a quiet loke, and through an oak lych-gate, which was the gift of Mrs. Irby of Boyland Hall in 1879

It is built mainly in the early Perpendicular style. The doorway, now leading to the Vestry, is, however, Norman, so too is the lower part of the round tower, though the upper section may be late C13th /C14th. The present octagonal belfry stage is probably C15th and the parapet is later still (perhaps C16th ). There are three bells in the belfry, dating from the reign of Edward VI (mid C16th).

The entrance arches of the porch have decorative heads. The ancient south door, the main entrance to the church, was restored in 1619; the date and initials of the churchwardens being carved along the central horizontal bar.

The fine rood screen (1510-1520) was given by John Bacon who is shown with his wife and fourteen children on the far left hand panels. The screen was probably damaged by the Puritans in the C17th. The present loft and rood were added in 1913 under the influence of the Oxford Movement.

The murals on the north wall were uncovered in 1850 and depict St. George and St. Christopher. Two smaller murals were discovered in 1913, one being possibly a representation of Archbishop Rich (mid C13th) and the other a consecration cross.

Fritton Common is a good example of the preciouis survival of old grassland supporting cowslips, meadow saxifrage, hay rattle, cuckoo-flower and green-winged orchids. The existence of the common is in part due to the heavy clay soil which made it less suitable for arable farming. The Common is designated as a Site of Special Scientific Interest and is currently used for village events and outdoor services in the summertime.

Fritton is now part of Morningthorpe civil parish, which has a combined population of 253 (2001 census).