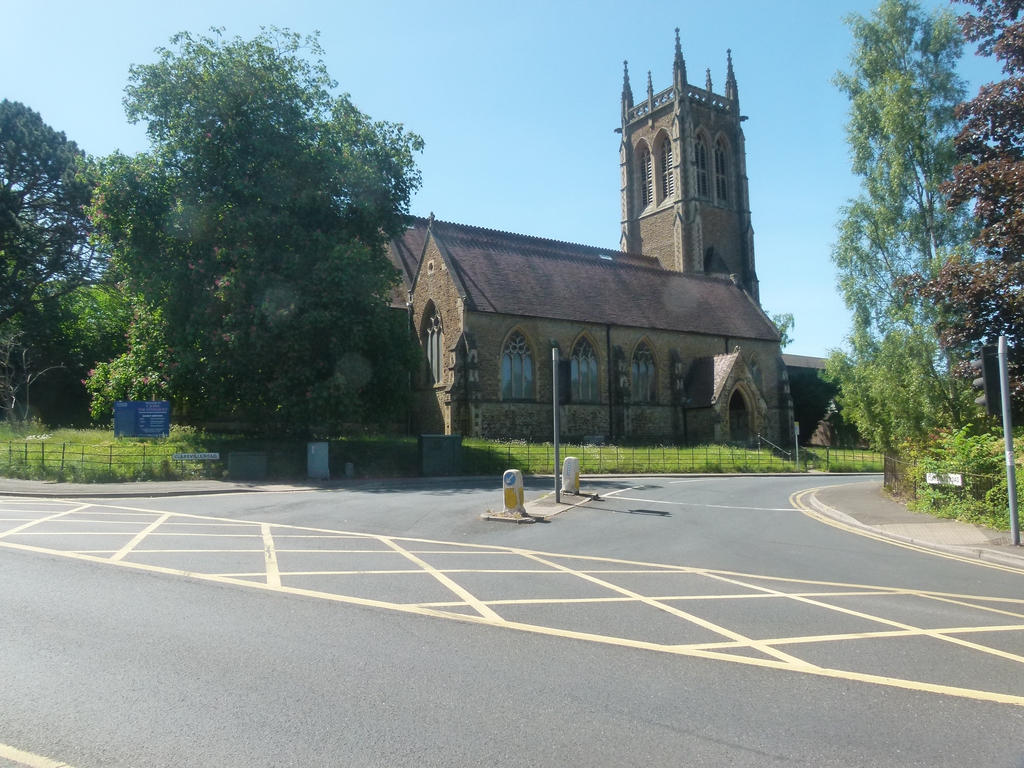 The Church of St. John the Evangelist is the parish church of Caterham Valley. The foundation stone was laid on 13th September, 1881. It was dedicated on St. John's Day, 27th December, 1882. The tower was added in 1892.

The Church, spacious yet friendly, has memorials to a number of local people. In the Memorial Chapel are the names of those of the Valley who died in the two World Wars. Wreaths are laid on Remembrance Sunday each year.

The Windows are mostly Victorian. The stained glass is of a high standard of artistry. They give a wonderful impression of colour and reverence. Many depict scenes from the life of Christ. The Resurrection window on the north side reveals, to those who look hard, an ancient symbol of the Last Supper, a pelican feeding her young from her own flesh, recalling Christ's words, "This is my body ..."

The Bells consist of a fine ring of eight tuned to the key of E flat. The tenor weighs over 16 cwt. and is almost four feet in diameter at its mouth. The bells were cast by various manufacturers, the oldest by Robert Phelps in 1723 from an original bell of 1672. The fifth bell is inscribed '14.8.1914 - 11.11.1918: Silent I hung in war, I sang the hour of peace. O England, evermore pray thou that wars may cease.'

The ring, once hung in the now redundant church of St. Mary-at-Lambeth, just by the entrance to Lambeth Palace, was installed in 1975. These very bells must have delighted, or assaulted, many an Archbishop's ear! The Service Bell was made specially for St. John's in 1911.

The Font is very ancient and comes from St. Lawrence Church, Caterham on the Hill. It was presented by the Rector, the Reverend Jarvis Kenrick, in 1871. It was restored in his memory in 1881.

The Churchwardens from 1882 are recorded on a board given in memory of Harold Blanchard, founder in 1965 of PROBUS, a thriving international club for retired professional and business men.