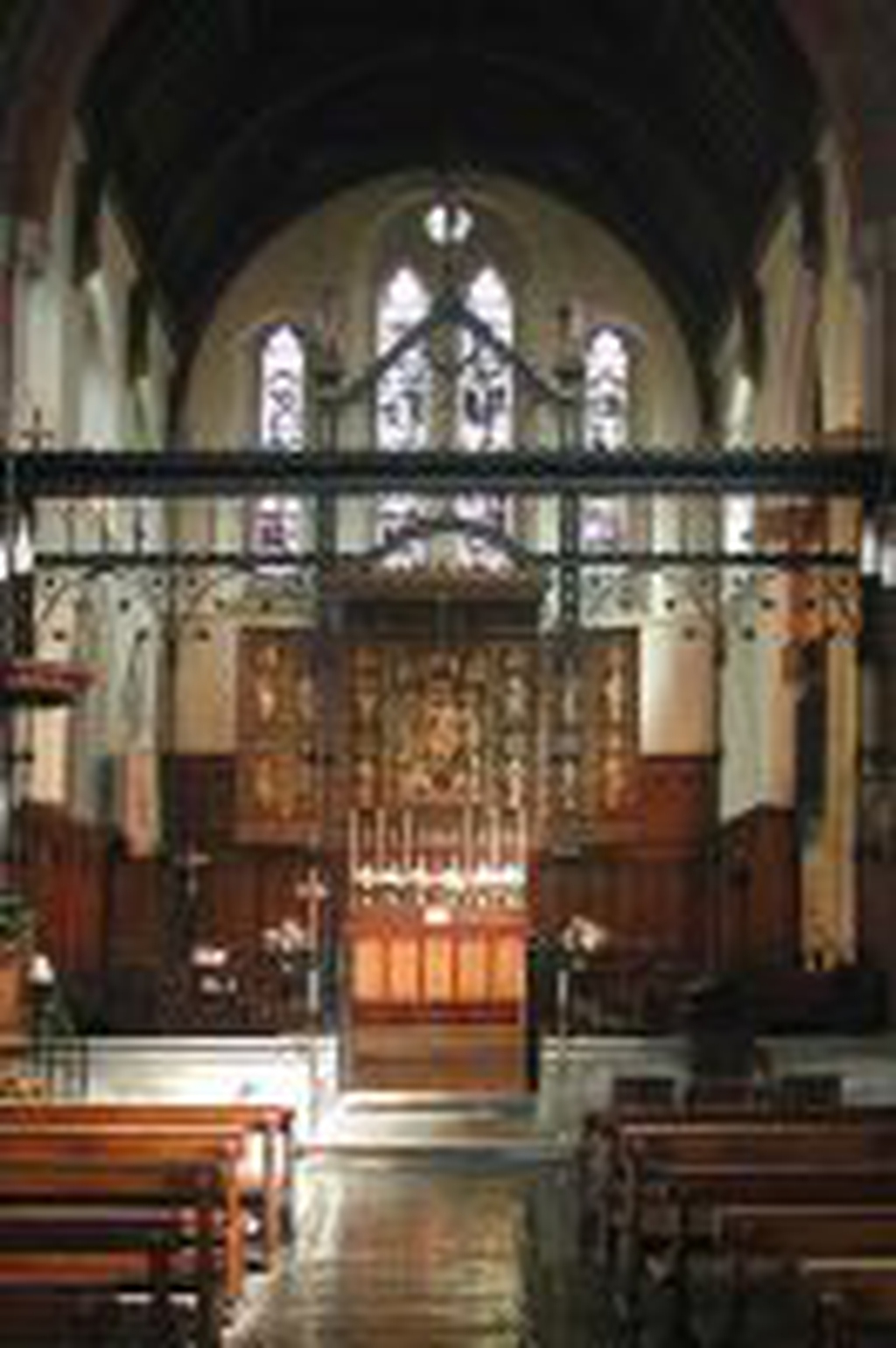 Clapham, St Peter
Services and events
News and notices
About us
About the church
Find us
Clapham Manor Street and Prescott Place Clapham
Get in touch
(020) 7627 0941
Facilities
More information
Edit this church

St Peter's Church, which stands between Prescott Place and Clapham Manor Street just off of Clapham High Street, was originally a small brick building, covered with a corrugated iron roof and contained within the dimensions of the nave. The church was set apart for divine worship in 1879.

By 1904 the Lady Chapel, adjacent to the chancel, the organ loft (containing a fine 3-manual Hunter organ), vestry and sacristy had been completed. Inside the most striking feature of St Peter's is the mighty reredos above the high altar at the east end. This is a 1914-18 war memorial and was completed by the Easter of 1919, and like all later additions to the church is by Kempe. The central panel shows the risen Lord with the two Roman soldiers beneath. The remaining panels are of saints and doctors of the church. Most of the added internal fixtures were completed by the 1920s. These included the wrought iron chancel screen with gates surmounted by carved wooden Rood with attendant figues carved by Hitch. The 14 Stations of the Cross were carved by a Bavarian artist in the Austrian Tyrol. Among the fine stained glass windows are those representing the Beatitudes by Reginald Halward. The choir vestry is part of a large hall complex which was completed in 1907.

Following bomb damage in 1944, rooms were included in the repair and the refurbished halls were reopened in 1953. The church's sound system contains a hearing aid loop and a portable ramp is available at the main door to assist with wheelchair users."