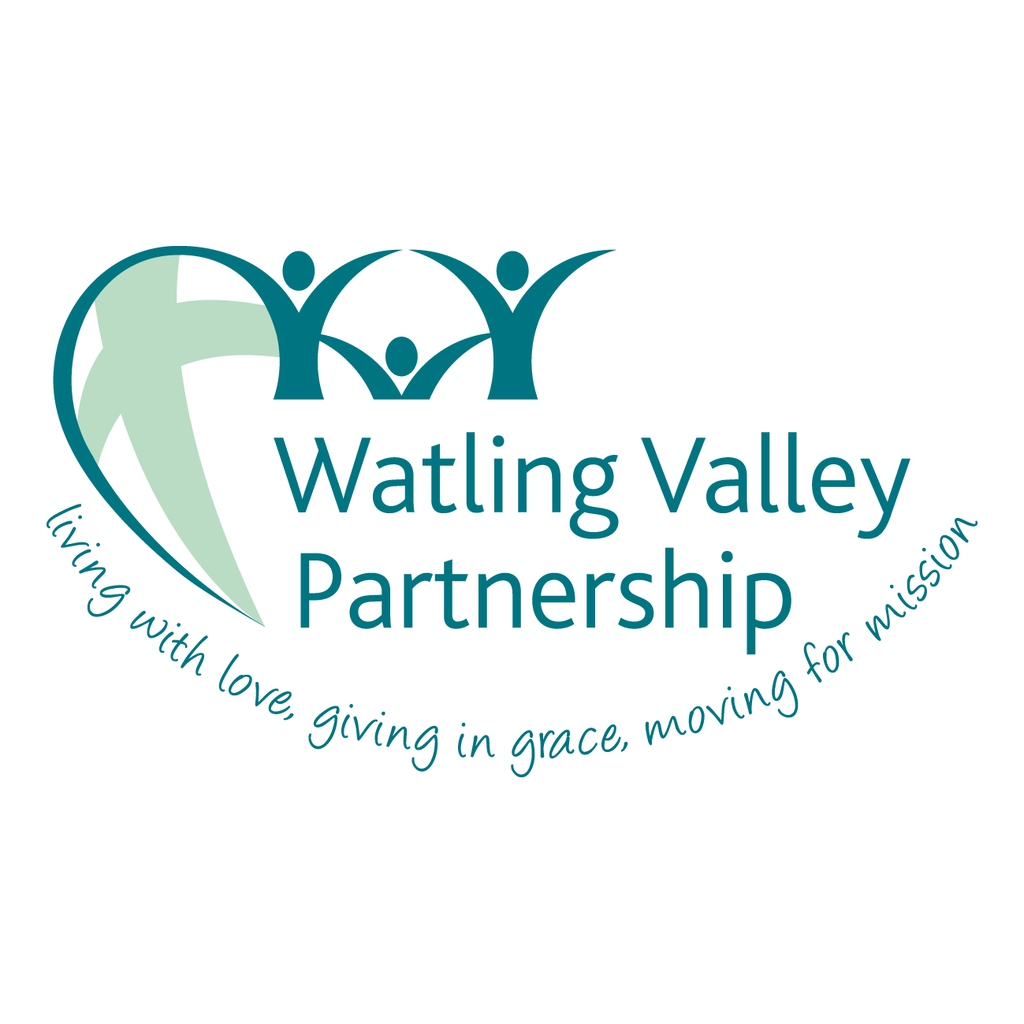 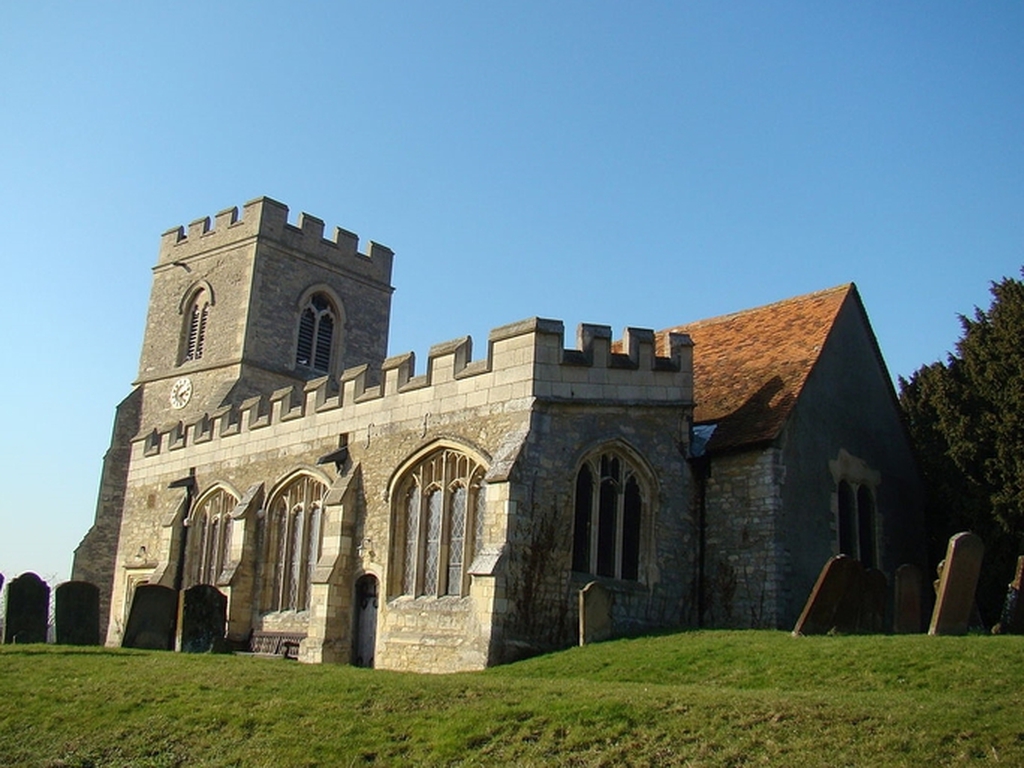 Watling Valley @ All Saints', Loughton
Services and events
News and notices
About us
History and Major Features of All Saints
Find us
Pitcher Lane Milton Keynes
Get in touch
01908 504452
Facilities
More information
Social
Edit this Church
Church of England Diocese of Oxford Watling Valley, Milton Keynes

History and Major Features of All Saints

This guide gives you a little of the history of the medieval building of All Saints' Church, Loughton.

The church has looked as it does today since 1480, but parts of the building go back to the 13th. century. At that time there were two manors and two parishes; Great Loughton, around the present church and Little Loughton, around the Green, the two being separated by the Brook. Each parish had its own church and rector. One of Loughton's claims to fame is that in 1378 John Gervyes, Priest of Great Loughton, was found guilty of killing the parson of Little Loughton with an arrow. In 1408 the parishes of Little and Great Loughton were united, and the south aisle of this church is reputed to have been built of stone from the other church.

All Saints Church is the oldest building in Loughton, and stands on what is probably an artificial mound. The oldest part of the church is the Chancel, at the East End; the original walls date from the 13th. century. In the early 15th. century the Nave was added, with the half-columns supporting the Tower arch. ('The shape of the windows near the tower, and behind the altar, has been altered over the years). To this modest structure was added, in the 1480s, the fine perpendicular South Aisle with its splendid moulded roof and crenellated parapet, and a new west tower with west door and window. The tower is 46ft. high and houses six bells and a clock.

The church was restored around 1826, and again by E.S. Harris between 1877 and 1883. Internally, box pews were replaced by bench pews in Victorian times. A major refurbishment of the tower was carried out in 1984. In 1990 the south aisle and porch were restored and the bracing rods fitted; at the same time work to combat damp in the north-east corner of the nave resulted in the discovery of a hidden stairway.

In 2010 the crumbling brick and wooden floor was replaced by a new stone one, and the pews were replaced by chairs, providing a flexible space within the church. During this work, a previously unknown vault was discovered in the nave, containing the coffins of three members of the Smith family from the mid 19th Century. A slab in the new floor marks the position of this vault.

In the Southwest Corner of the Churchyard there is an interesting grave stone with inscriptions on both sides. It is to Captain David Smith, one of six officers who in 1809, after the battle of Corunna, stood by the grave of Sir John Moore when, as told in the poem by C. Wolfe: 'Not a drum was heard, not a funeral note, As his corpse to the rampart we hurried. Slowly and sadly we laid him down From the field of his fame fresh and gory; We carved not a line and we raised not a stone But we left him alone with his glory.'

Other features at All Saints' include:

(a) The Royal Coat of Arms on the wall of the ringing room dates to William IV (1831). During his reign all churches had to display the arms in support of the king. These arms show the shield of Hanover; this was abandoned in 1837 as the then Queen Victoria, under Salic Law, could not inherit German titles.

(b) The Hanslap Family Memorial. Before selling his manor to Ralf Holt, John Crane conveyed his lands in Loughton to Edward Alston, whose son sold them to Thomas Hanslap, about 1699. Hanslap sold an estate in Aynho, Northants., to purchase Loughton. Thomas Hanslap's son John rebuilt part of the manor house at Little Loughton.

(d) The Crane Family Memorials. Two tablets which were presumably erected by John Crane of Loughton; one of 1622 to his mother Felice Mortoft of County Durham, and the other of 1624 to his wife Mary, daughter of Thomas Tresham of Newton, Northants. (cousin of the Sir Thomas Tresham who built the famous triangular lodge at Rushton). In 1613 Little Loughton Manor was sold to John Crane, who later became Chief Clerk of the Green Cloth to Charles II. He and his wife Mary had eleven sons and five daughters, all living in Little Loughton Manor House. In 1657 John Crane was fined by the Interregnum Parliament for supporting the king; this forced him to sell the manor to Ralf Holt, the then Lord of the Manor of Great Loughton. The manors, as had the parishes, merged. John Crane was buried here in 1660, and his son Robert (see also his memorial) in 1672.

(e) The Bells are now a ring of six (tenor 11 cwt.). The back bells are hung in a line in a wooden frame with the two trebles on reinforced steel joists above. Before 1902 there were four bells. They were rehung about 1866-70 by an engineer from Northampton who constructed an elaborate A-frame of sloping timbers. The treble had an iron stay and slider. In 1902 the old treble was recast by Taylors of Loughborough and a new treble added. A further bell was added in 1908 by Alfred Rowell of Ipswich. The bells are thus: Treble - Alfred Rowell 1908; 2nd. & 3rd. - John Taylor 1902; 4th. & 5th. - William Chamberlayne of London circa 1450; Tenor -Bartholomew Atton of Buckingham 1590.

(f) The Tower Arch is of early 14th. century style, supported by 13th. century impost half-columns. The tower was built in the 1480s, but the west door and much of the west window were blocked by a buttress added in the 19th. century.

(g) The Picture of the Supper at Emmaus is by Gonzales, an 18th. century court painter in Madrid. It was presented by Rev. John Athawes. (h)  The Doorway behind the font was discovered during restoration work in 1990 and gives access to a spiral staircase, presumably to a rood loft. It was decided to reopen the doorway, fit a child-proof gate and to move the pulpit.

(i) The Athawes Family Memorials. These handsome marble memorials commemorate the family which provided Loughton with two rectors. Rev. John Athawes, rector for 31 years, died in 1864, while Rev. John T. Athawes was rector 1883-1915. He is commemorated by the East window of the south aisle, and he appears among the photographs of rectors of the parish which can be seen in the vestry.

(j) The Hugh Park Memorial. Within the communion rails is the half-length brass depicting Hugh Park. He died in 1514, having been made rector in 1485, but the charity that bears his name benefits the church and people of Loughton to this day.