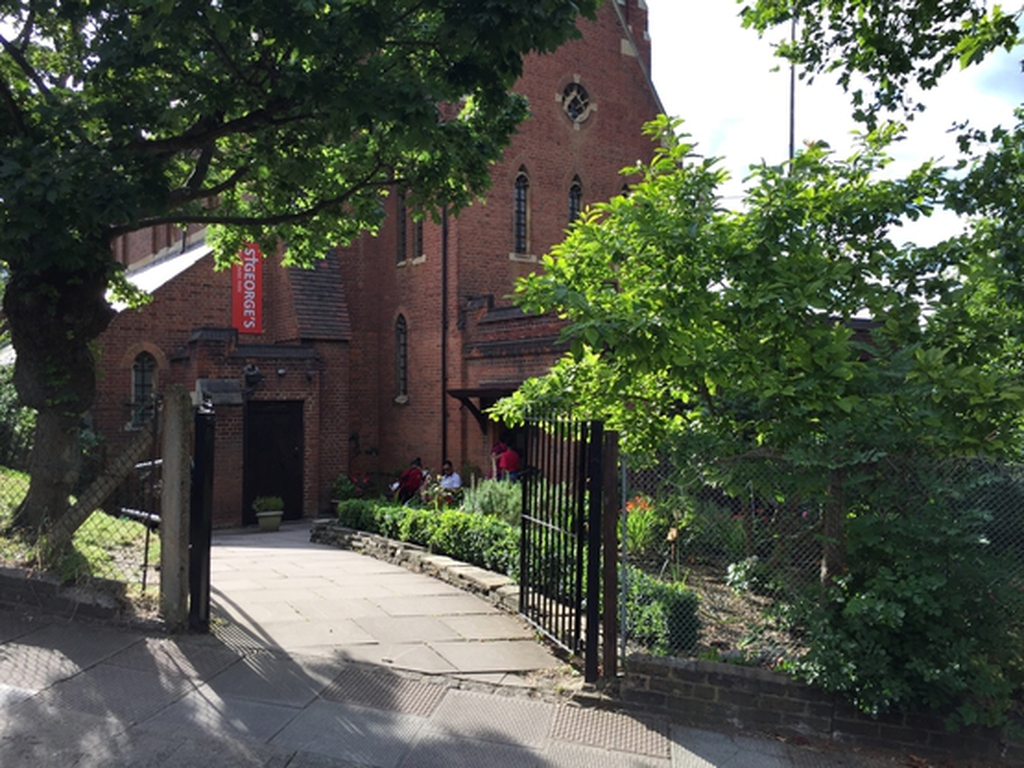 St George's, Westcombe Park
Services and events
News and notices
About us
About the church
Safeguarding
Find us
43 Glenluce Road Blackheath London
Get in touch
07877 387 194
Facilities
More information
Social
Edit this Church

St. George's Church, consecrated in 1892, was built on a steeply sloping site with high, massively constructed timber pitched roof (17 metres from the floor of the church to the ridge), substantial buttressed brick walls with filler joist floors. There are small windows to the side aisle and clerestory windows to the main body of the church. Due to shortage of funds, the church was built in two halves, the first up to the 4th arch of the nave and completed when money became available. The Silvertown explosion in 1917 shook the church severely and it is recorded that the north arcade and east wall were affected. One pillar was broken and a wall stripped of plaster. During the Second World War the roof was lifted and returned four inches out of place. This was put right when war damage repairs were carried out in 1947-50.

Recent improvements have been made and continue to be added, including new toilet facilities, a shower for guests of the Greenwich Winter Night Shelter, a new creche, new lighting, a new kitchen with a commercial-grade dishwasher, and improvements scheduled for the grounds.