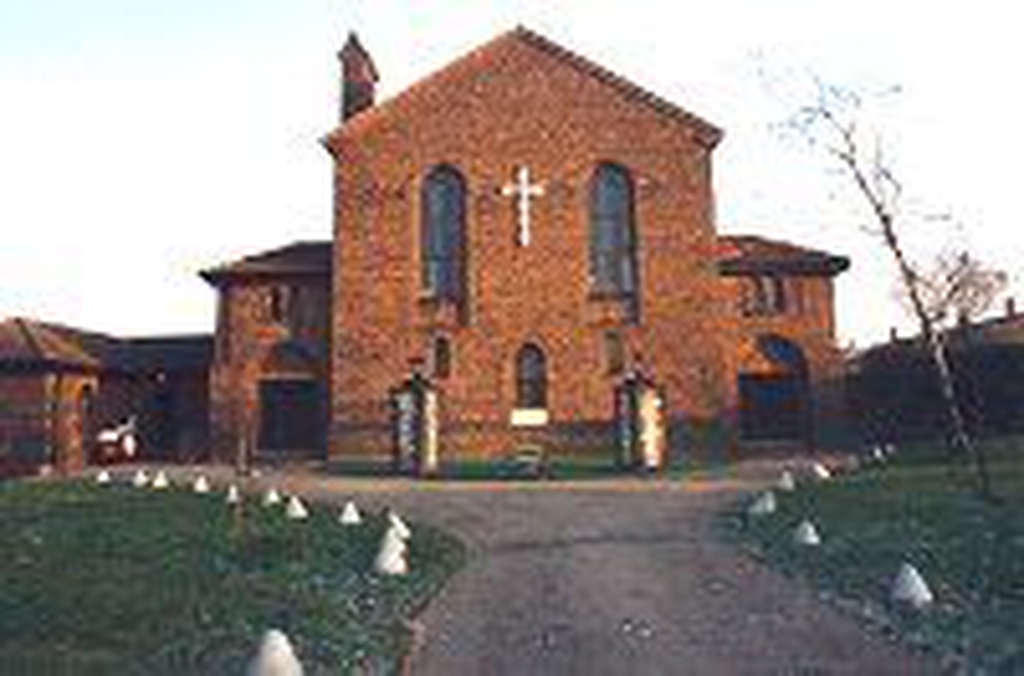 East Wickham, St Michael
Services and events
News and notices
About us
About the church
Find us
Upper Wickham Lane East Wickham Welling
Get in touch
(020) 8304 1214
Facilities
More information
Edit this Church

The church is sited on high ground to the south-east of the old chapel of St. Michael, currently leased by the Greek Orthodox church. Both buildings occupy the same large site just off Upper Wickham Lane, East Wickham. The site slopes away to the north-east.

The church was built in the Neo-Romanesque style. It consists of a nave with aisles and an apsidal chancel. Entry is at the west end, via two sets of double doors. The building here is two storey, with a west gallery supporting the organ, organ console and extra seating.

A single storey, pitched roofed block of ancillary accommodation connects into the north aisle, just to the east of the gallery area. It contains kitchen, WC and the choir and clergy vestries. Advantage has been taken of a sharp fall in the land to accommodate storage rooms beneath these rooms.

Crí¨che accommodation has been formed in the north hall area.

Above the north and south halls, in the two storey structure adjoining the gallery, is a church office and store room respectively.

Weekday chapel is held in an area set aside for that purpose, at the east end of the north aisle. There is a sacristy opening off the apse, on the north side.
×