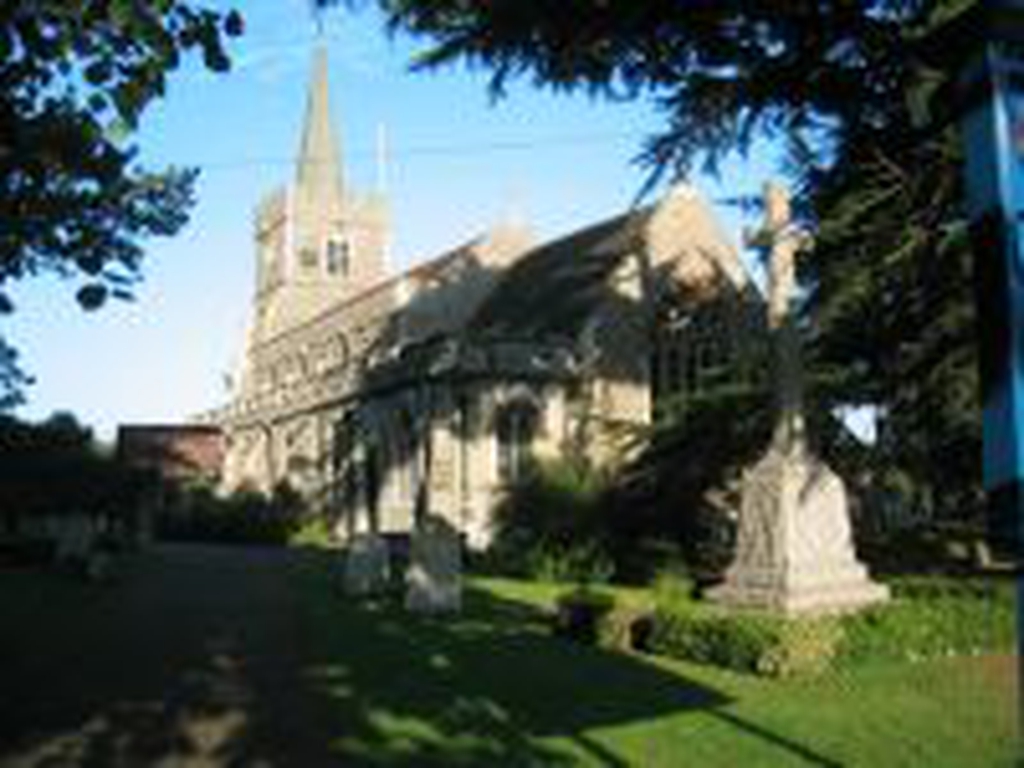 St Mary the Virgin is a grade I listed building, dating back to the 11th century. The church can seat over 300 in the pews, possibly 400 with chairs in open spaces.

A sound reinforcement system has been installed and new gates to the churchyard have recently been erected and paths and driveway have been re-laid. The peal of 8 bells is heavy. The tenor bell was cast for the 1951 Festival of Britain. There is an active Tower organisation, and sufficient ringers can be brought in to cover Sunday mornings and most other occasions when a peal is appropriate.

In 1993 a sympathetic extension was added to the north side of the church, giving two good-sized rooms, plus a vestibule capable of separate use. The extension incorporates a small kitchen and toilet facilities

The original churchyard is no longer used for burials but here is an extension to the churchyard on the other side of Church Street, which has a large amount of unused space still available for interments.

A church has stood on this site for over 850 years – that's not long after the Conquest by Duke William of Normandy. Since then – both before and after the Reformation continuous worship has been offered to the Glory of God.