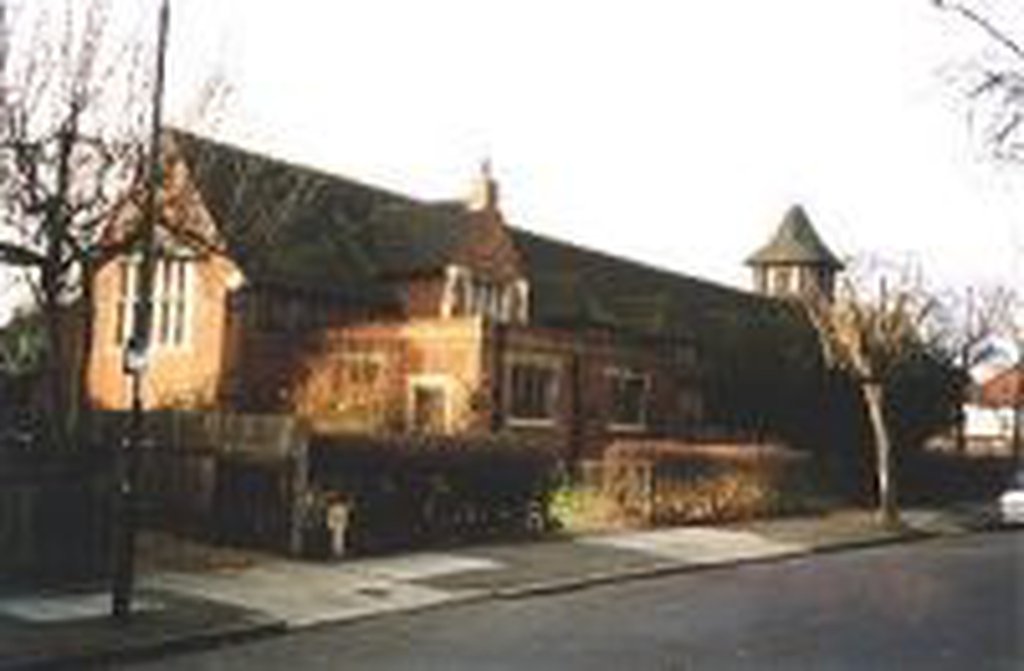 Kew, St Philip & All Saints (known as The Barn Church)
Services and events
News and notices
About us
About the church
Find us
Atwood Avenue Kew Richmond
Get in touch
(020) 8332 1324
Facilities
More information
Social
Edit this Church

The barn, from which the timbers of this church were taken, stood at Stonehall Farm, Hurst Green, Oxted, Surrey. It was an "L" shaped building dating from the 17th or possibly the 16th century. Some of the beams may have been originally ship's timbers.

In 1926 the owners, Uvedale and Cecily Lambert of South Park, Blechingley, in conjunction with members of the Hoare family, who gave generous financial assistance, offered the barn as one of the 25 new churches wanted in the diocese. It was decided to move the barn to North Sheen, where the generosity of Mr. Leybourne Popham had already provided a site. Mr. Swan of Oxted was the architect, and Mr. J. J. Fuller of Chiswick the contractor. The church cost only £5,000 to build (exclusive of fittings), of which the diocese paid about half. It may therefore claim to be probably the cheapest church of its size ever built.

In 1928 the barn was pulled down at Stonehall, each beam carefully numbered, loaded on to lorries and carted to North Sheen where it was re-erected. As few alterations were made as possible. The roof was "hipped" to give greater width to the aisles, and brick walls substituted for weatherboards, but the stone "plinth" is original.

The foundation stone was laid by Mrs. Philip Hoare and consecrated by the Bishop of Woolwich (Dr. Hough) on St. Philip's day, 1928. The building was dedicated by the Lord Bishop of Southwark (Dr. Garbett) on February 4th, 1929.

The Lady Chapel was furnished in memory of Uvedale and Cecily Lambert by their son Mr. Uvedale Lambert. The work was designed by Mr. Hugh Easton of Cambridge, executed by Mr. C. Hammond of Kew and dedicated by the Ven. Charles Lambert on All Saints Day 1933. The cedar wood used was given by the Revd. Gerard Hoare, Rector of Godstone, and came from one large tree blown down in the churchyard there in 1927. The sanctuary chairs are also made from it.

The panelling in the sanctuary came from "Black Charles" near Sevenoaks. Most of the new oak used in the fittings and building was cut at Stansted, Godstone, and was given by Mrs. Philip Hoare.

The pulpit, carved by Mr. Geoffrey Hoare, is a copy of that in Hereford Cathedral from which Bishop Croft denounced the Puritan soldiers for misusing the Cathedral in Cromwell's time. It was given by Mrs. Geoffrey Hoare in memory of her father Sir Archer Croft.

The font is a copy of that at Aldenham, Herts, and is cut in "Surrey" marble dug at South Park, Blechingley. The cost of the work was defrayed by the Children's Fellowship at North Sheen.

The windows are copied from Compton Wynyates in Warwickshire.

The lighting was fitted by Mr. Harold Willis. The organ was installed in memory of Fr. John Alban, first Vicar.

The bricks and tiles were specially baked by Mr. Walter Roare of Basingstoke. The bricks are of the 2 in. type which were used at the time the barn was built.

The plain "poppy-heads" of the choir-stalls came from St. Dunstan-in-the-West, Fleet Street. They were discarded during renovations carried out about 1860.

The Jacobean altar-rails come out of Writtle Church, Essex.

The slate slabs in the porches are the original threshing floor of the barn.

The tower-frame, copied from Tandridge Church near Oxted, was made from timber cut at South Park, Blechingley. The bell was given by Holy Trinity, Wandsworth. The broach-spire, was copied from Martyr Worthy Church near Winchester.
×