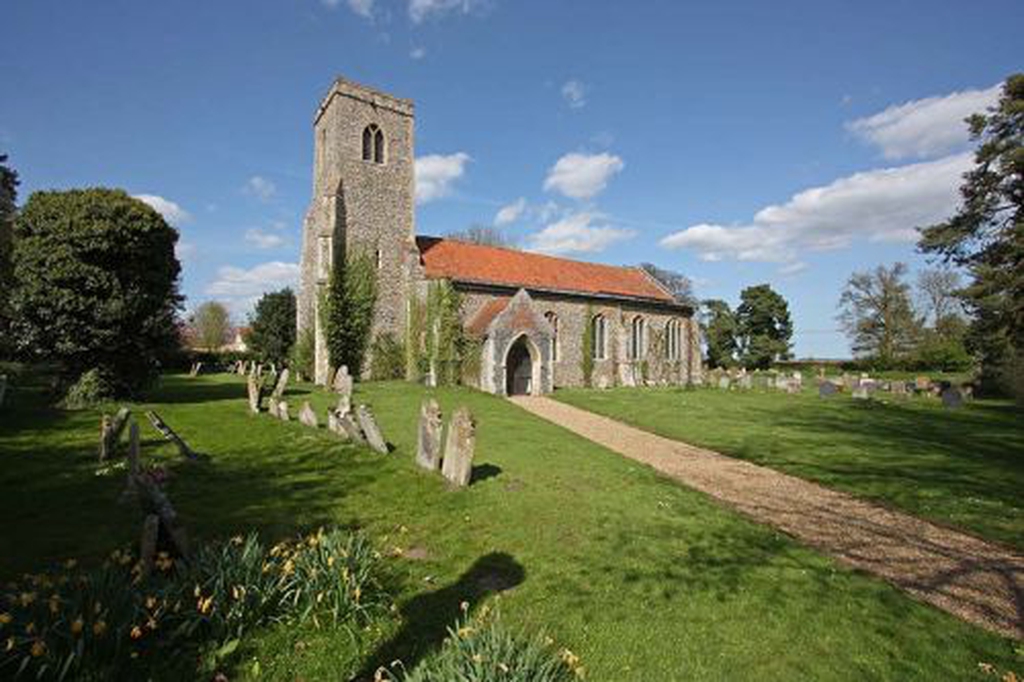 Tacolneston: All Saints
Services and events
News and notices
About us
Safeguarding
Find us
Norwich Road, Tacolneston Tacolneston Norwich
Get in touch
01953 788227
Facilities
More information
Edit this church

The church stands at the northern end of the village but separated from the main part of it. The present building, of flint and freestone, dates back to the 13th century though there was extensive rebuilding around the beginning of the 16th century. There have been further additions and renovations including the reredos and choir stalls and organ in the 19th century. There are chairs [which came from Norwich Cathedral about 25 years ago] rather than pews which makes a pleasing and versatile worship space in the nave.
There is a 15th century octagonal font. There are the 2 sections of a Tudor rood screen, which are resting against the south wall. There is a Charles 1 royal coat of arms Frame and hatchments and other memorials.
There is a ring of six bells which were re-hung in 1987.

They are hung anti-clockwise. The church was lime-washed in spring 2011