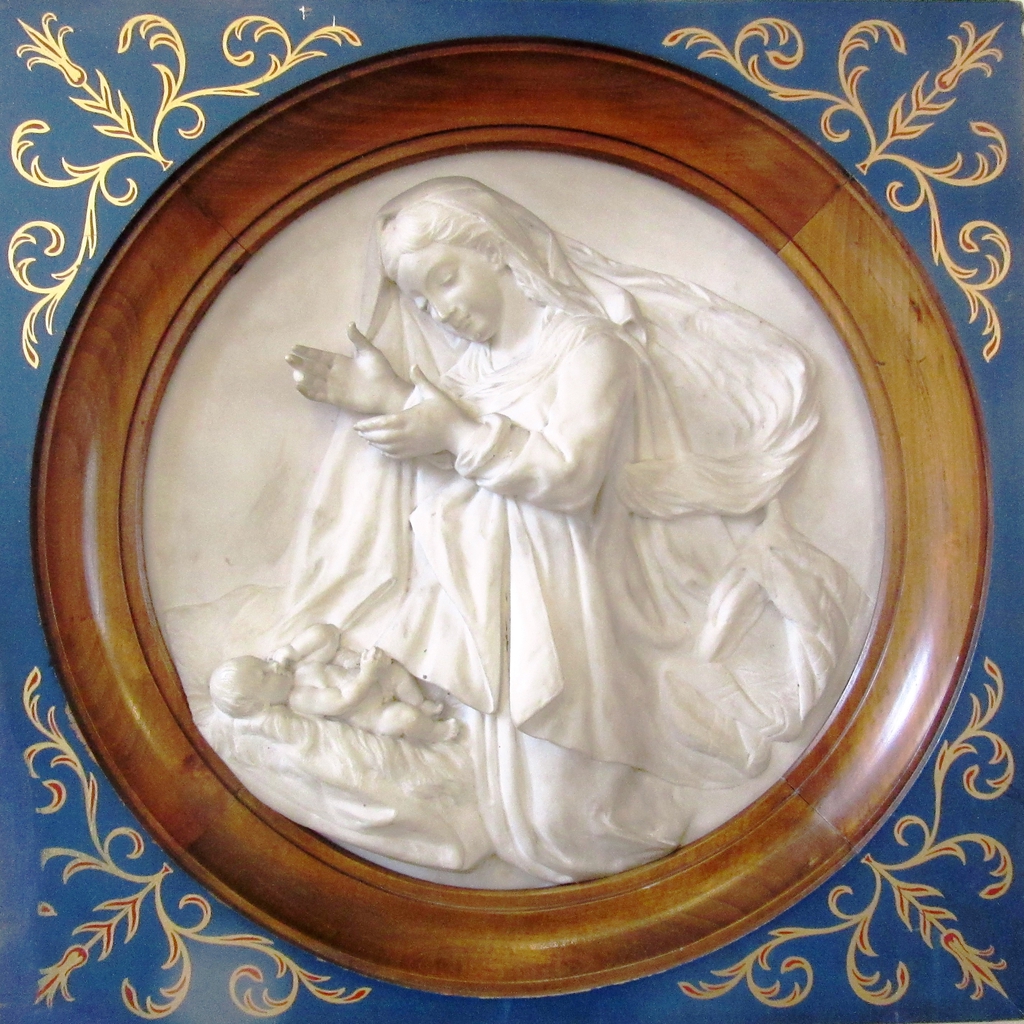 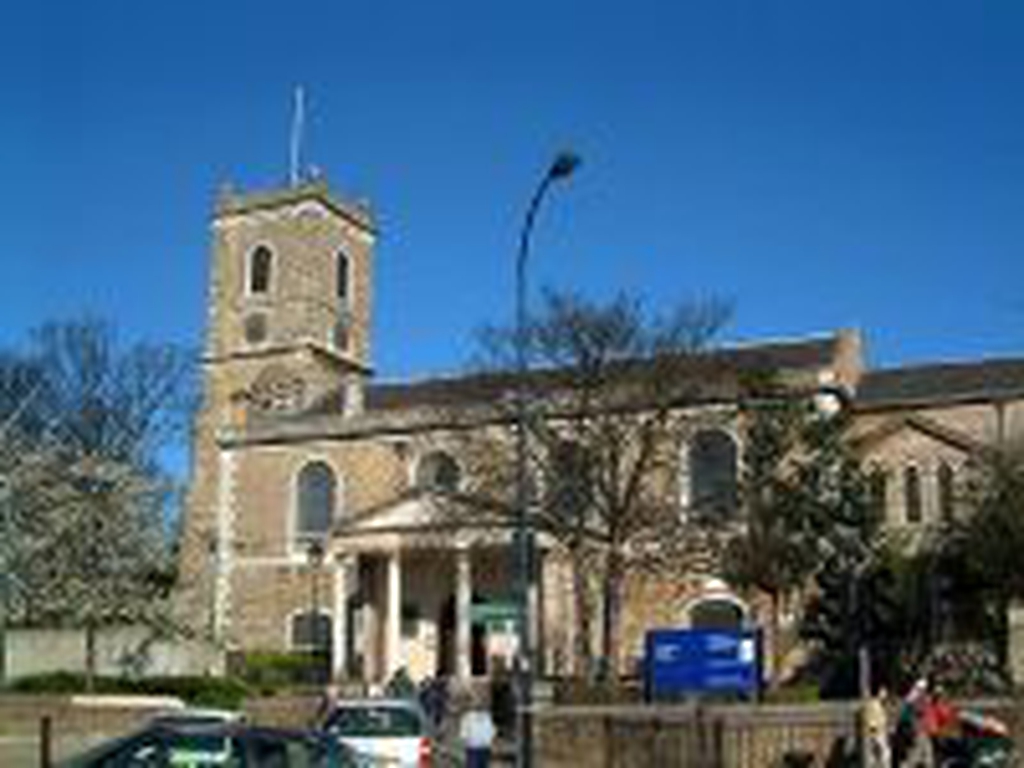 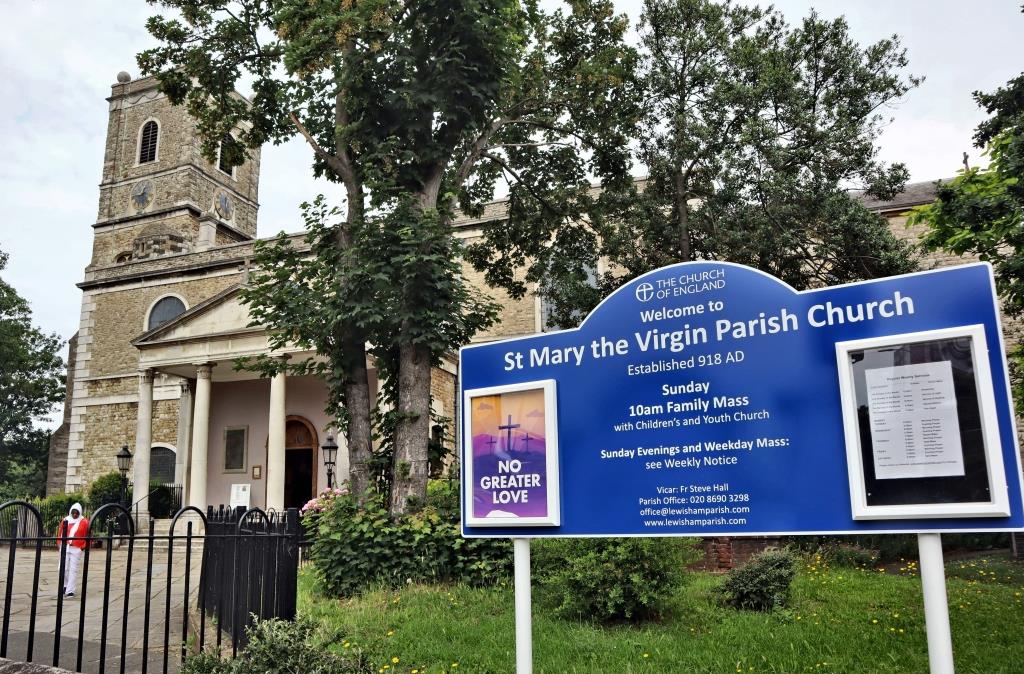 Lewisham, St Mary the Virgin
Services and events
News and notices
About us
About the church
Find us
High Street Lewisham London
Get in touch
(020) 8690 2682
Facilities
More information
Edit this Church
Church of England Diocese of Southwark Lewisham

The church is of stone construction with stone dressings. It has a crypt and other rooms below most of the building.

The tower at the west end is the oldest part of the church, the lower parts being perpendicular (dating from 1498-1512) and remaining from the medieval church. The rest of the church was rebuilt 1774-77 by George Gibson Jnr to a rectangular "preaching box with galleries" plan with small semi-circular apse (base of which still visible in the crypt) and galleries to the north and south. There was an organ covering the west arch into the tower.

The church suffered major fire damage in 1830. The interior and roof was rebuilt similarly to the previous church, only to be remodelled in 1881 by the installation of timber columns to replace the original cast iron, the opening up of the timbers to the ceiling, new pews and a new pulpit. At this time the steps from the tower into the church were added, and Sir Arthur Blomfield designed the present chancel to replace the semi-circular apse.

The chancel arrangement was again altered in the late 20th century to a fine design by Keith Murray in line with the principals of the Liturgical Movement. The new flooring is Purbeck Thornback polished limestone and the five-legged rectangular altar is of Green Purbeck "marble".

There are transept-like north and south wings to the church, that on the south side forming a classical four-columned porch with pediment giving onto the main entrance lobby and staircase up to the gallery on this side. On the north there is a ground floor sacristy, toilet and stepped north entrance lobby, with a stair leading to the north gallery. There is a store room here also, in which is visible the timber structure to the plastered barrel vault over the first floor landing.

The actual (double-height, Victorian) north transept has a stair leading down to the rooms beneath the Victorian chancel. The south transept is used on the ground floor as a chapel of reservation, whilst above a semi-circular arched window of traditional design has allowed a parish office to be created.

Beneath the chancel are a number of rooms, including small office, an old sacristy and toilet. Whilst these rooms are on the same level as the old crypt (itself at the same level as the original medieval church), there is no access into it and the stairs beneath the tower are used for this purpose. The crypt extends under the whole of the eighteenth century church, although only about half of the area is at present accessible. The structure here is vaulted brickwork; at the east end (beneath the old apse) are two chambers containing coffins.

As well as crypt stairs, there is a porch to the west door at the base of the tower, the roof of which is said to be made up from the original Georgian pulpit sounding board. The upper parts of the tower are accessible from a vyse stair projecting from the south east corner, with both internal and external. The top of this projection is roofed in Kentish Rag and flint. The stair gives access first to an empty room (which at one time may have given access in turn onto a second level west end gallery), and then to the ringing chamber over. There is a clock chamber between it and the belfry, which in turn gives access via a dormer onto the slopping (but hidden) roof, all three last being accessible by timber stairs, trap door and ladder arrangements.

The belfry contains a peal of bells hung to iron frames, which are rung regularly.

The church is set in a large mainly grassed churchyard, the western part of which is bisected by a public footpath. There are numerous tombs and monuments set amongst yew and deciduous trees, including many chest tombs and a brick obelisk-type structure near the main entrance. Boundary walls are generally brick, and parts of the yard are fenced in black steel railings. The churchyard is of some importance to the nature conservation of London, since it contains rare ferns and lichens which date back to the nineteenth century.
×