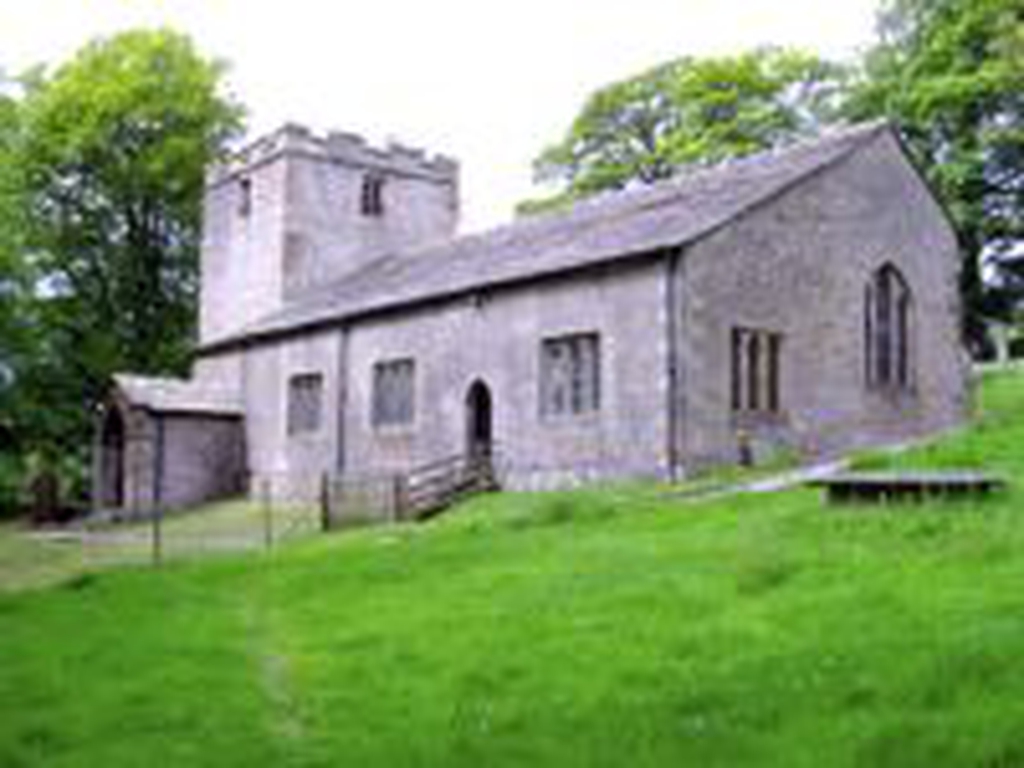 Hidden among the trees in the fold of the hill, St Peter's Church, with its solid Norman tower, is a quiet and reassuring building.  The rest of the church was rebuilt in the 12th century, then given an elegant ceiling in the 17th and refashioned on the south side in the 19th.  The original church was 9th century Saxon, making it one of the earliest in this area, but nothing now remains of this. The early 19th century saw Richard Heber as Lord of the Manor and his brother Reginald as Bishop of Calcutta and author of many glorious hymns. Richard was perhaps the greatest book collector of all time, but his enthusiasm bankrupted the estate, and the 'dreadful Roundells' took over - their massive hatchments are still here.
St Peter's lies next to the Leeds-Liverpool Canal, the Pennine Way and the Cross Keys pub, making it an excellent point to begin and end a walk. A quiet church, much used for prayer and personal reflection.