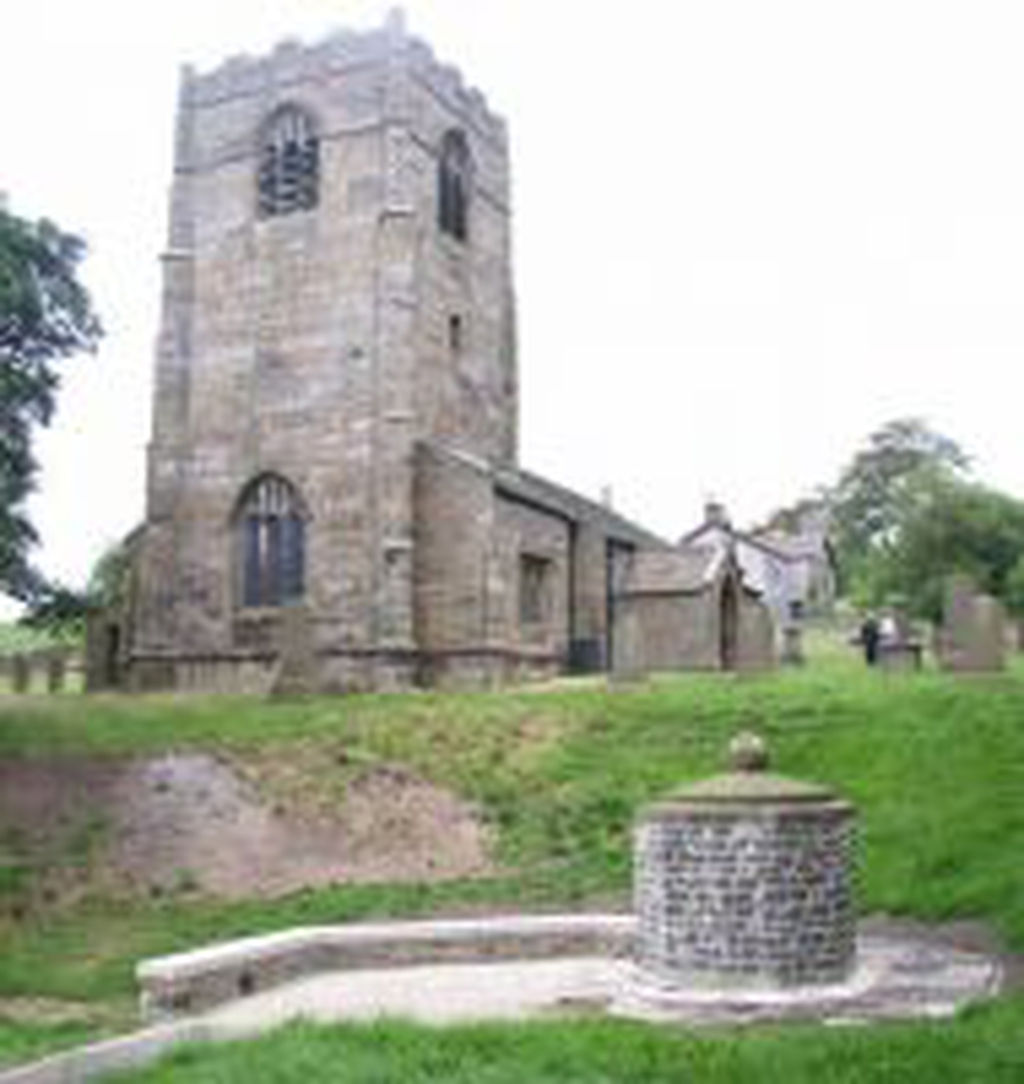 Notes on the Holy Well inscriptions

Notes on the Holy Well inscriptions

As a Christian holy site the well goes back to the Saxon era. It was almost certainly enclosed some time in the ninth century, as were so many others throughout the country. It would have been used for baptisms, and the water taken away for use in the home. Later, after the Norman invasion, the stone church was built, from the twelfth century onwards, finished off by its solid, confident tower, with bells, in 1510. The well (church springs are always called wells) is the earliest part of the church presence here in Thornton, around which all the rest that you now see has matured.

That it might prove a benefit for the health/salvation of the community, H. Richardson, Rector, built a covering for this health-/salvation-giving and most ancient font/spring, in the year 1764 of the Christian era.

Henry Richardson was the wealthy and learned rector here in the mid-eighteenth century. His covering for the well was a highly imaginative work, combining a deep respect for Christian history with an Enlightenment scientific enthusiasm. His use of Latin is deliberately subtle: there is but one word in Latin for both ‘font’ and ‘spring’ and but one word for ‘health’ and ‘salvation’: he offers us, therefore, both a healthful spring and a saving font. The little building is an octagon surmounted by a circle – the two classic, symbolic shapes for a font. The spiritual significance of this site is clear but not assertive.

Ask of him and he will give you living water JOHN 4.10
But only the servants knew JOHN 2.9

The encounter between Jesus and the Samaritan woman at Jacob’s Well, told in John chapter 4 (especially vv.4–15), offers the best context for understanding this holy well, and what it means. The subject of their dialogue is water – gradually, as she speaks with him, the woman begins to grasp that there is a deeper meaning to what Jesus is telling her.
The first text is taken from his words, ‘If you knew the gift of God and who it is who asks you for a drink, you would have asked him and he would have given you living water.’ Moments later, she makes what is her first tentative confession of faith, ‘Lord, give me this water.’ – Domine, da mihi hanc aquam.
The second text comes from the wedding at Cana, where Jesus turned water into wine. The gift was for everyone, ‘but only the servants knew’ of its miraculous and spiritual origin. There is nothing magic about the water from this well (though it may have healing properties) but faith and knowledge will (perhaps gradually) offer much more.
The Latin word ‘minister’ also alludes to the Revd Mr Richardson, who knew something about this spring that others did not perceive, and has left us, in this elegant and enigmatic structure, a charming gift of God.