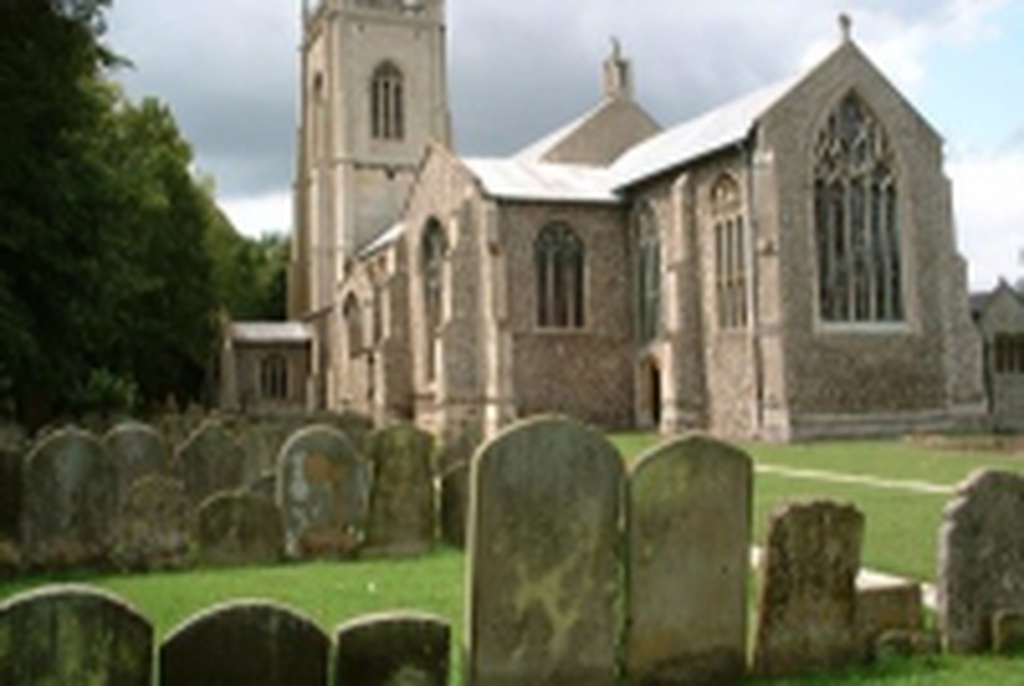 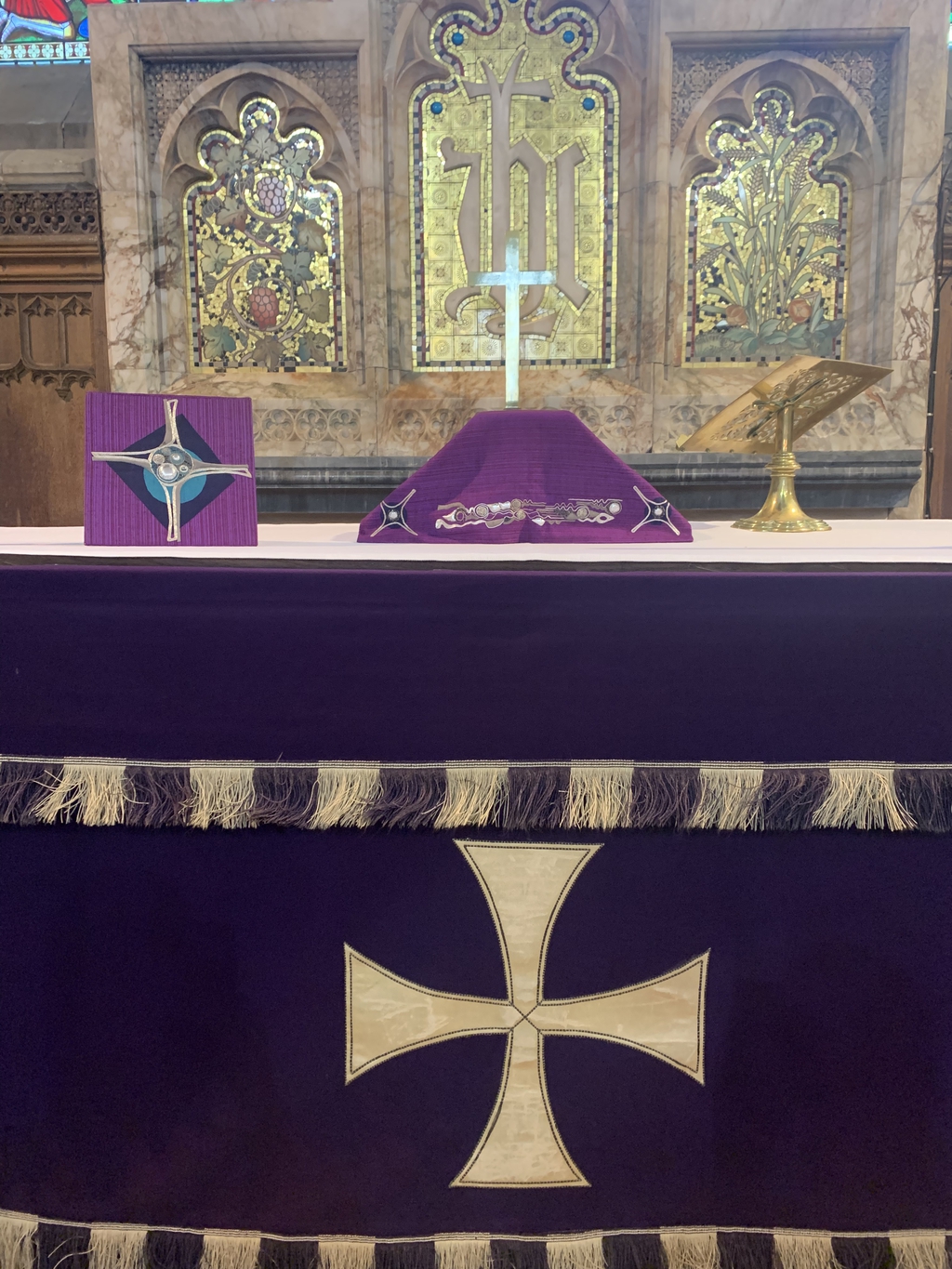 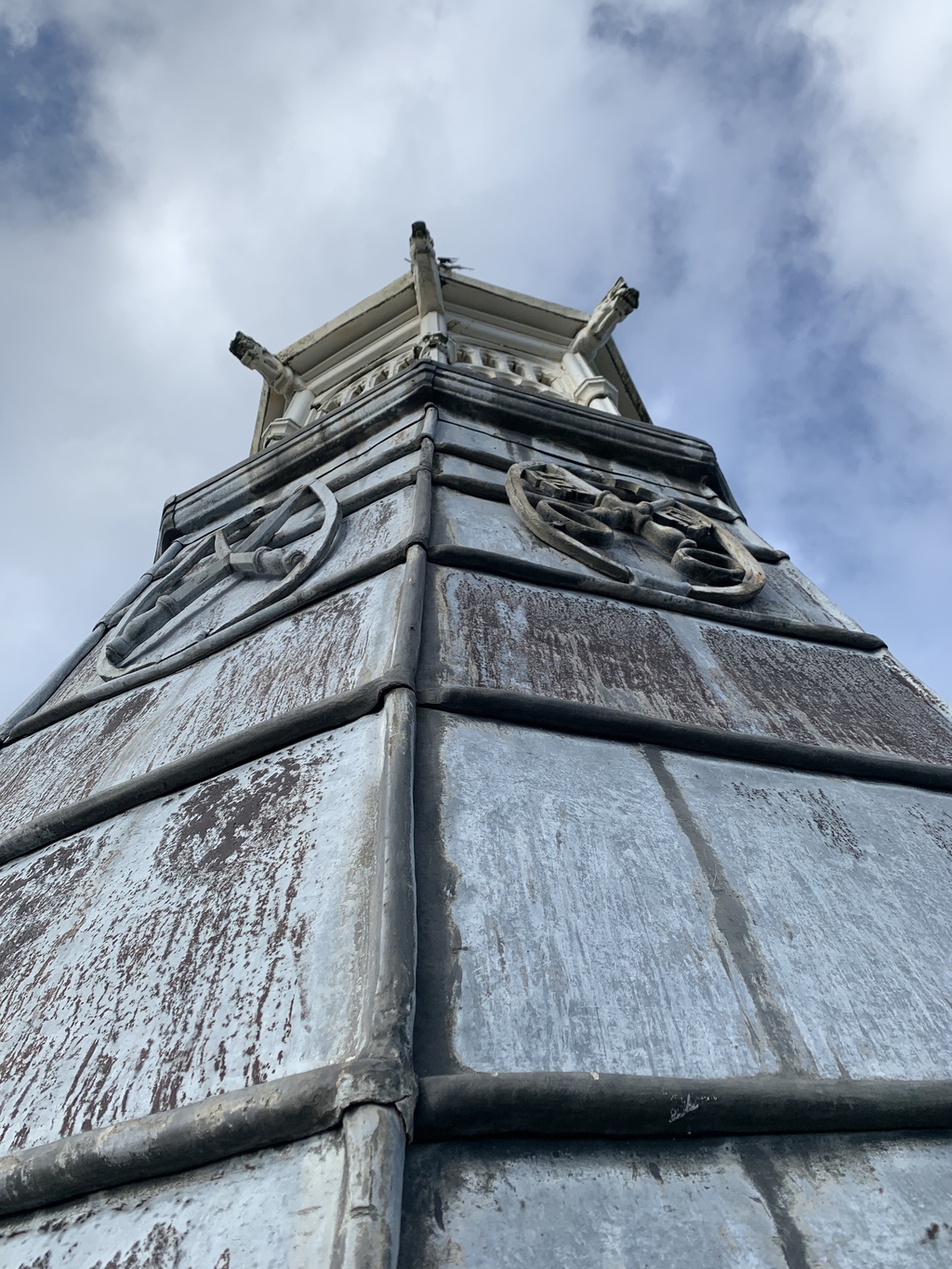 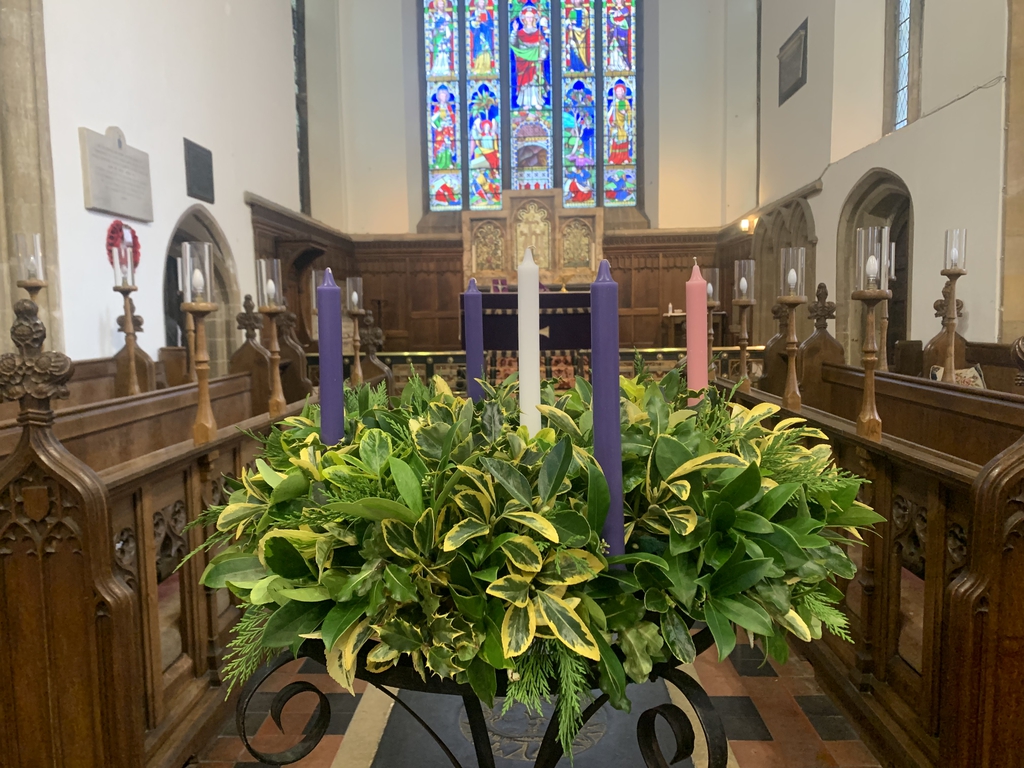 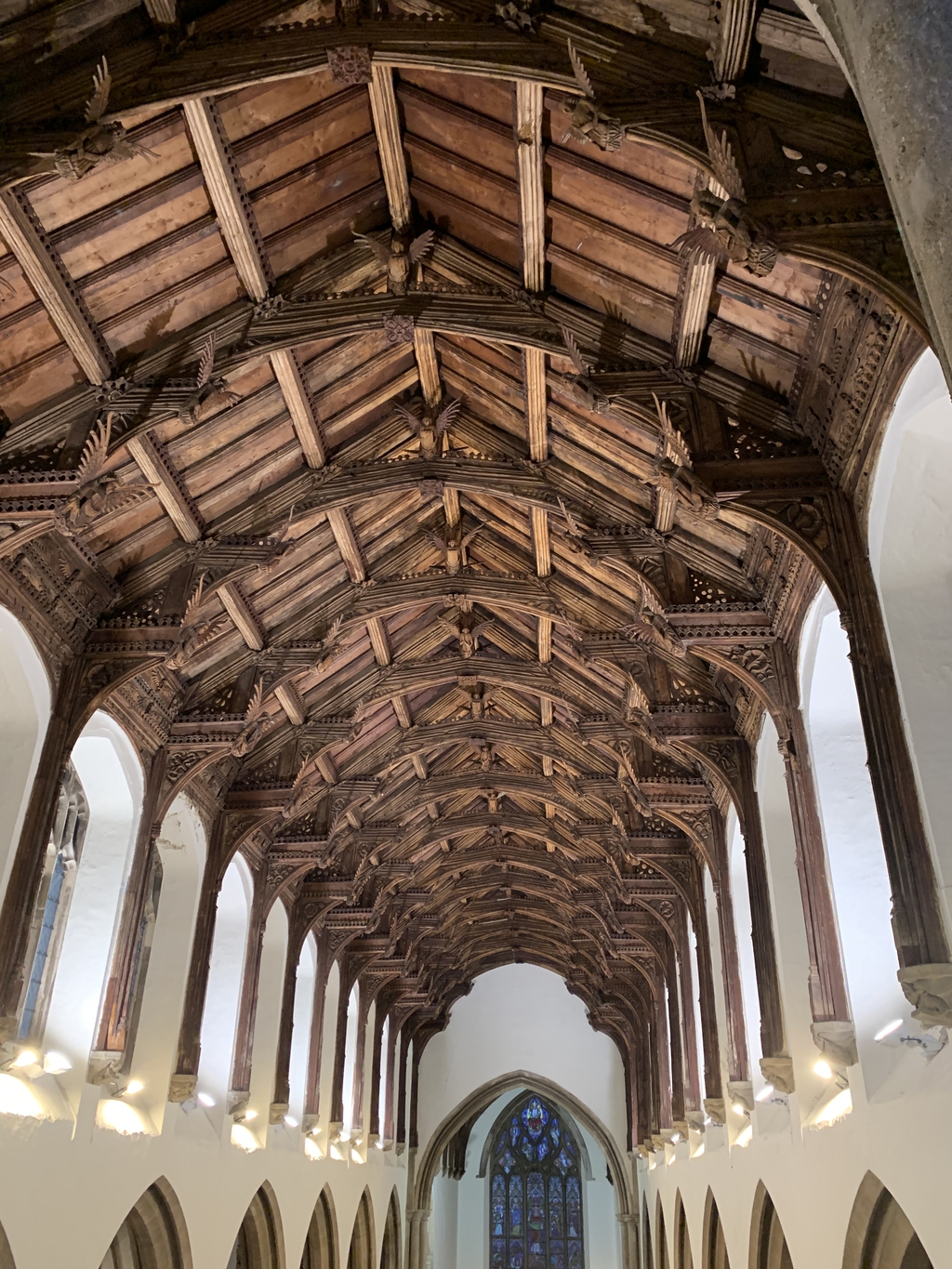 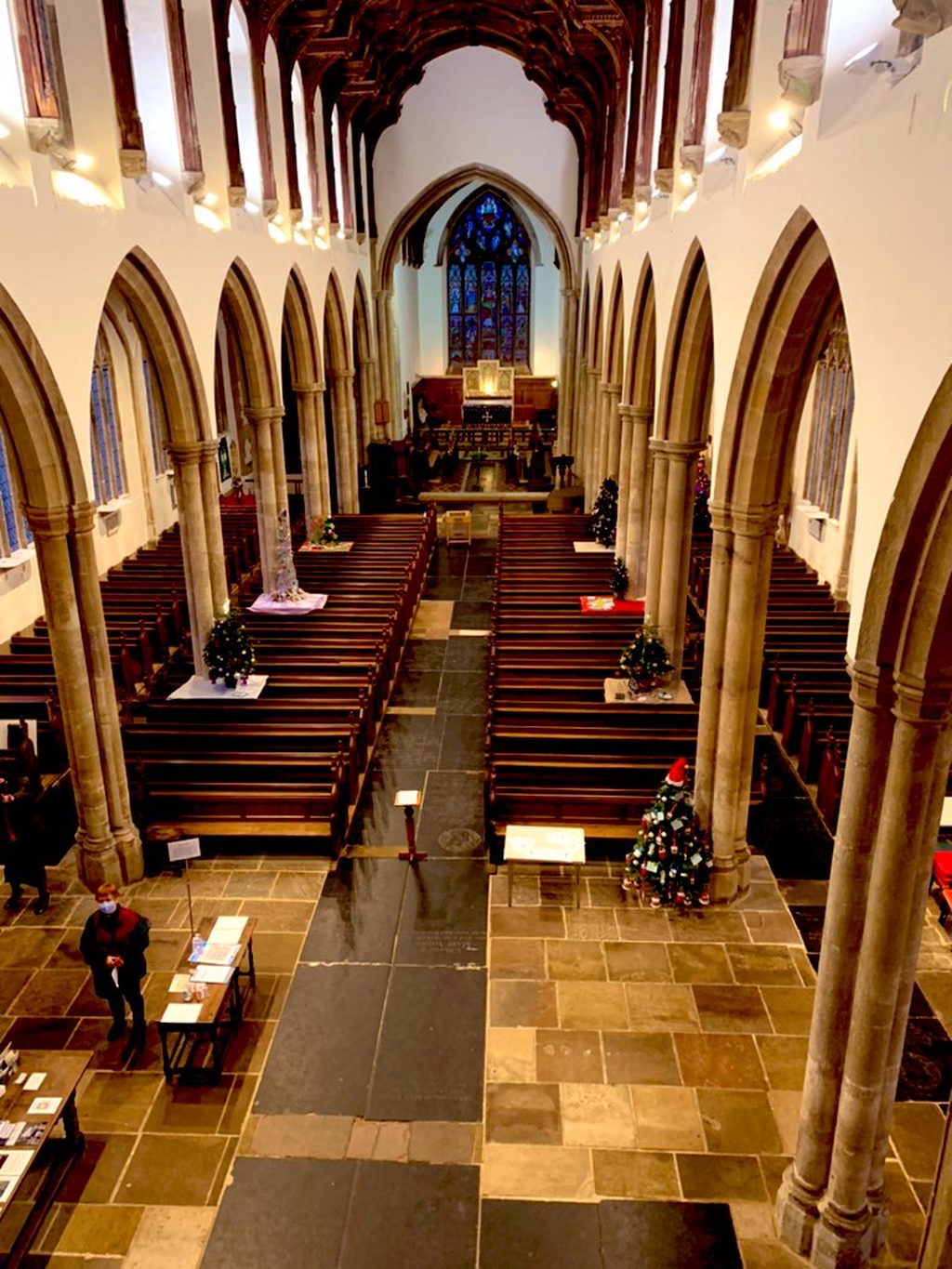 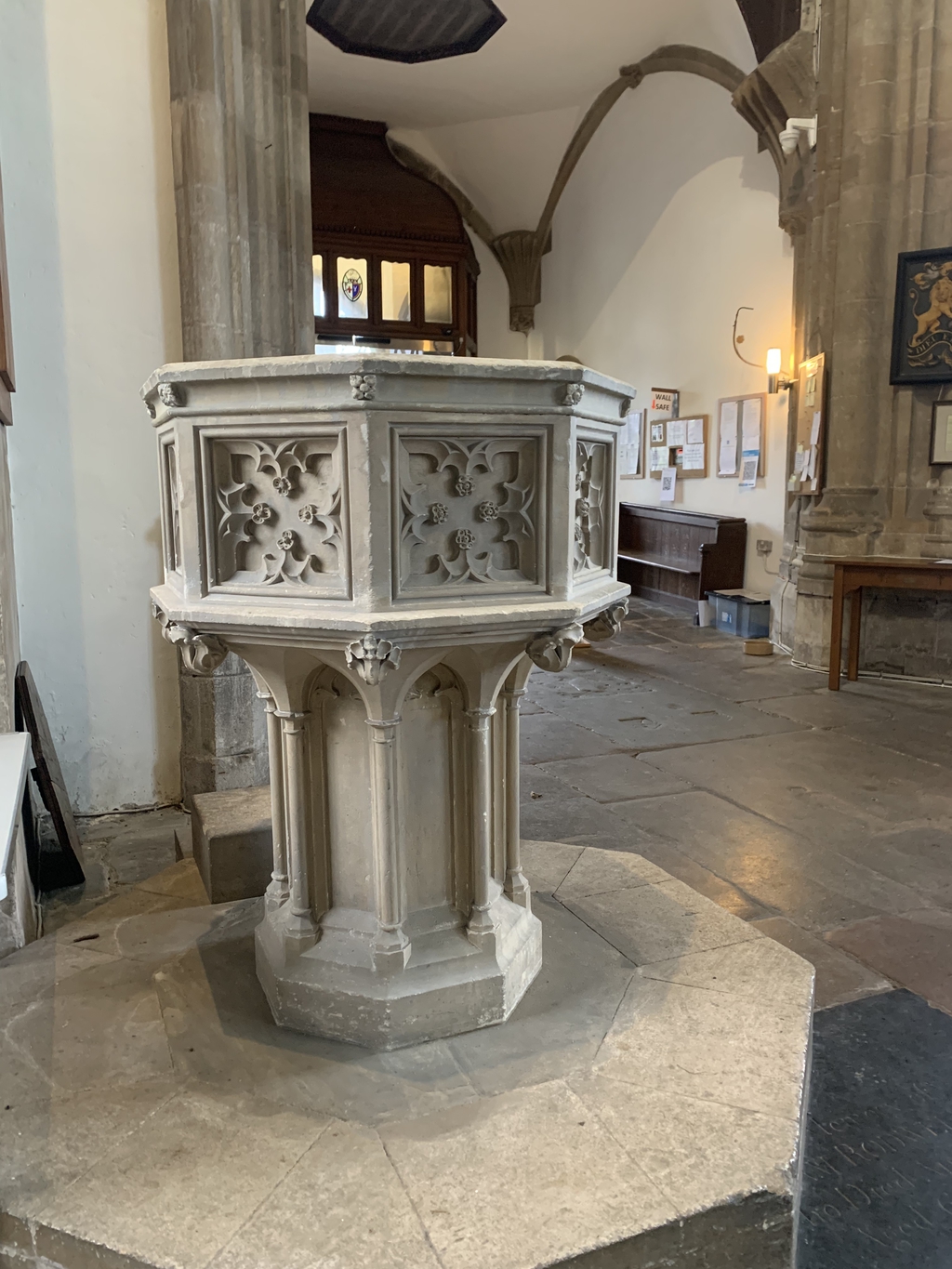 A church has stood on the site since at least the 12th century but the present building , which sprang from the ruins of an earlier one, dates from 1454.  It is bigger, both in length and height, than the  earlier building and is one of the finest mediaeval churches in East Anglia.  Its tower has a ring of eight bells, five cast in Colchester in 1634 and three in Norwich in 1737 (one year later than the foundation of Hamond’s School in the town).  It is built entirely of a limestone from Barnack in Northamptonshire, whilst the nave, transepts and chancel have much of this stone together with brick and flint facings.  Much of the lower stonework in the nave is Early English but the westernmost pillars and the clerestory windows are Perpendicular.  The hammerbeam roof is lead-covered oak, but the 192 angels, on the ends of the hammer beams and either sides of the king posts, are carved in chestnut, a wood immune from the ravages of death watch beetle.

The oak pews were put in by the Victorians as were most of the windows .  Two donors associated with the rebuilding of the church, are celebrated prominently.  John Botright’s tomb can be seen on the north side of the Sanctuary.  He was Master of Corpus Christi College, Cambridge, and chaplain to Henry VI.  He paid for the chancel to be rebuilt.  John Chapman was churchwarden during the rebuilding and is remembered as “ the Pedlar of Swaffham” in carved representations of him with his muzzled dog on the pew ends at the front of the nave and on the vicar’s stall.  The carvings of a woman with a rosary on the stall opposite are the remains of a Chapman family box pew from the north aisle and may represent his wife.