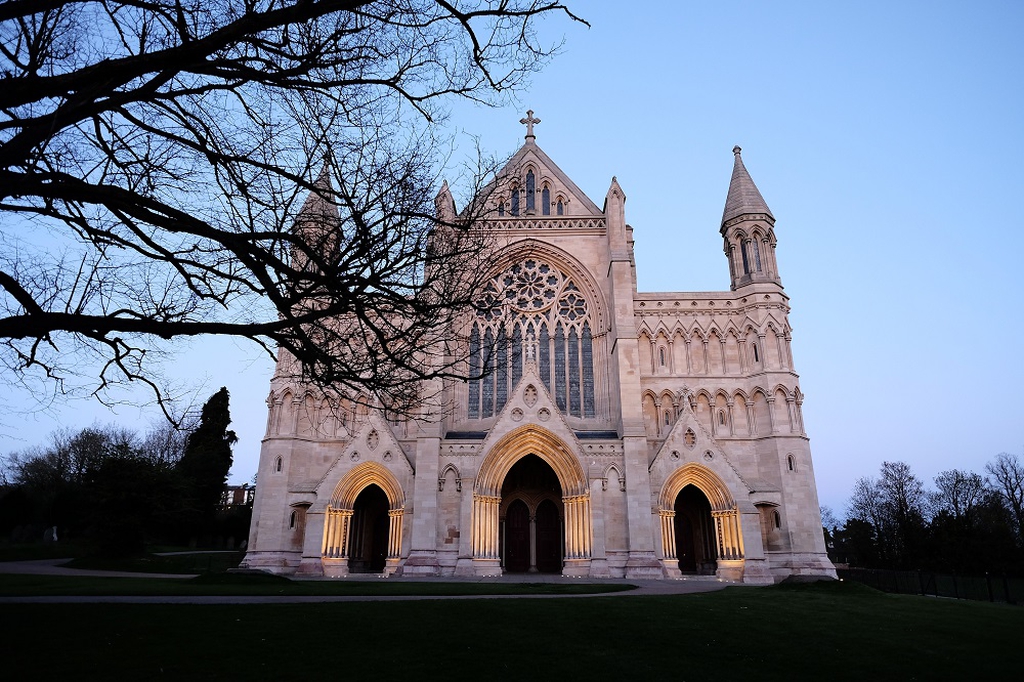 St Amphibalus was the priest who was rescued by Alban and who taught him the Christian faith, but who was later caught and executed himself - tradition says near Redbourn. His relics were placed in a shrine near to St Alban’s shrine, but both were destroyed at the Dissolution, and the rubble was used to build a wall separating the Abbey from the Lady Chapel. When the two buildings were reunited in the 1870s, the shrines were rediscovered and roughly rebuilt. St Alban’s shrine was properly restored in 1993, and now St Amphibalus’ shrine too has been restored to its former glory. Later in the year there will also be a new shrine canopy, four candle-stands and four narrative icons telling the story of Amphibalus; and when circumstances allow, there will be a grand public service of dedication for the whole project.

For now, a short choral service on 7 February will mark the re-hallowing of the restored shrine as a focus of prayer and devotion to Amphibalus, the priest, evangelist, teacher and martyr without whom we would have had no St Alban.

A video of the service will be available on the Cathedral’s YouTube channel from 6pm on Sunday 7 February.