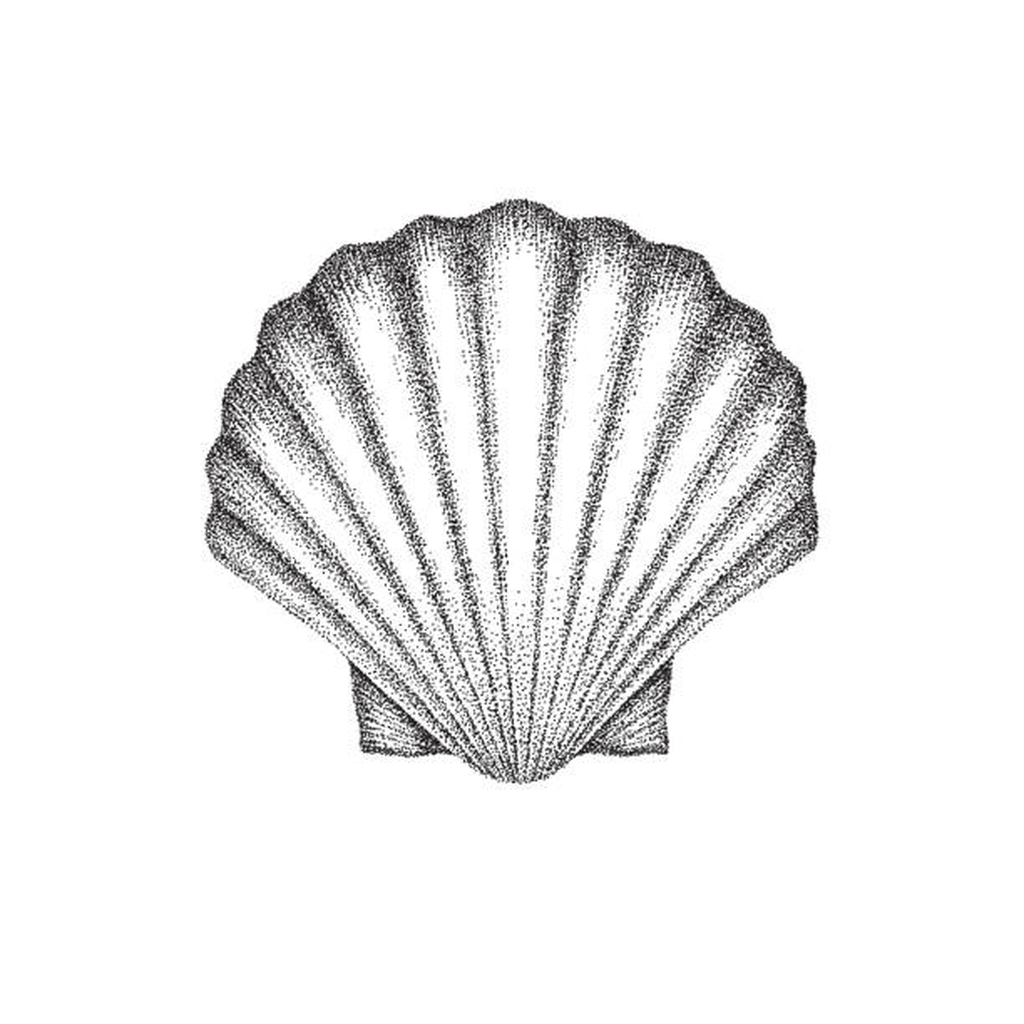 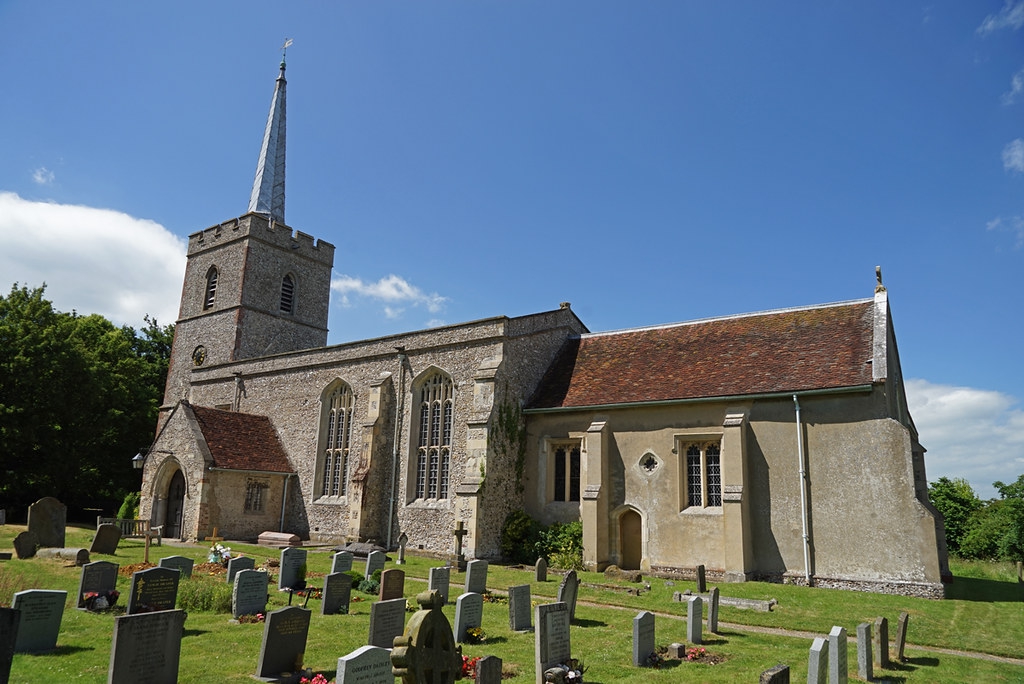 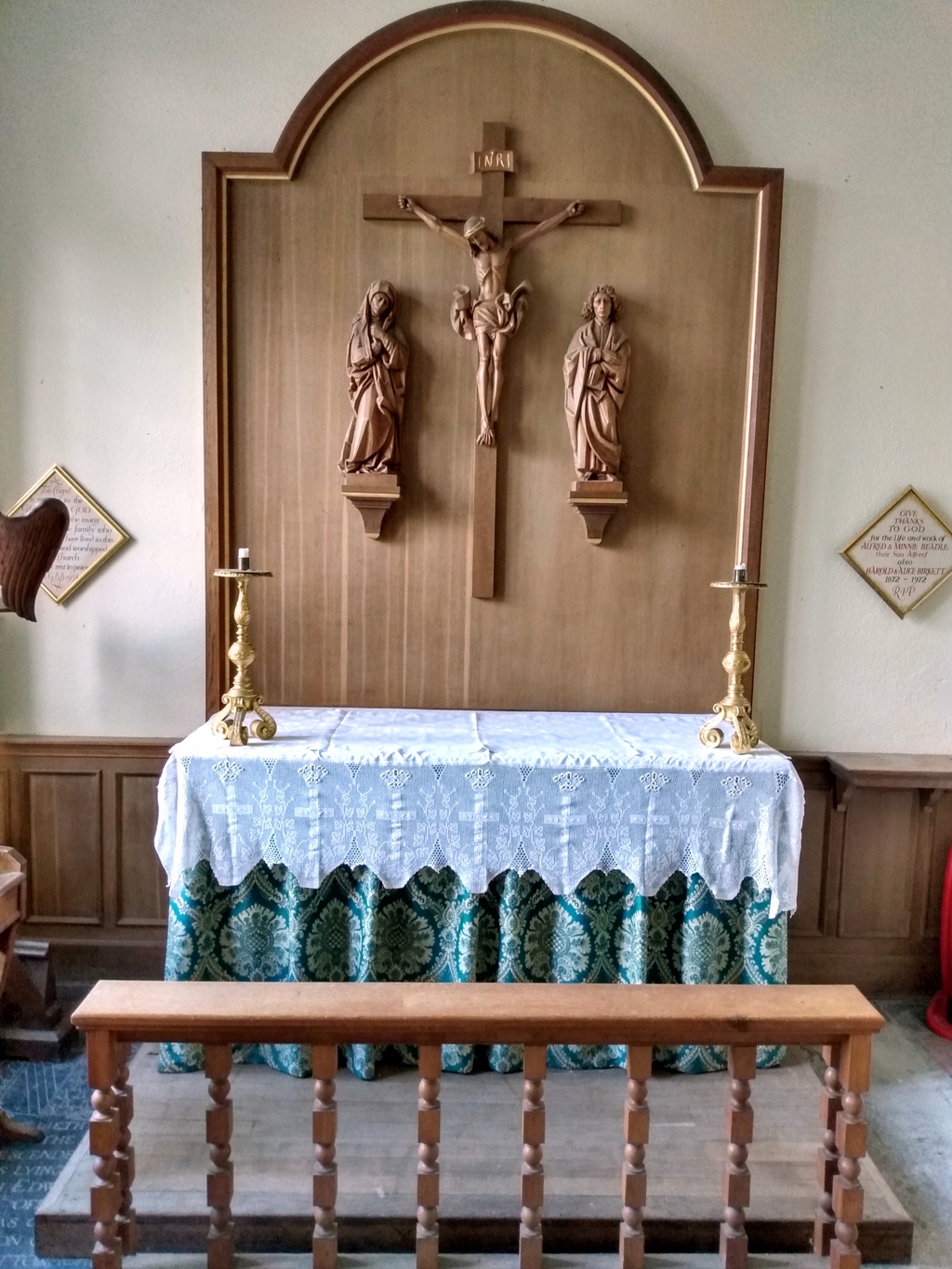 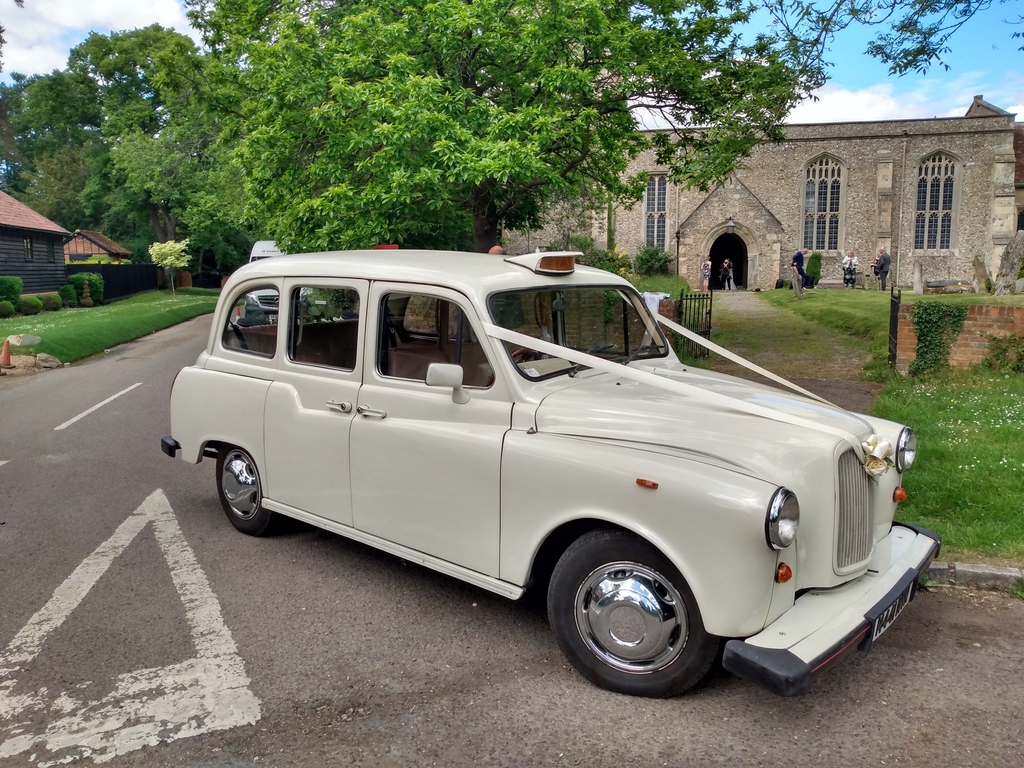 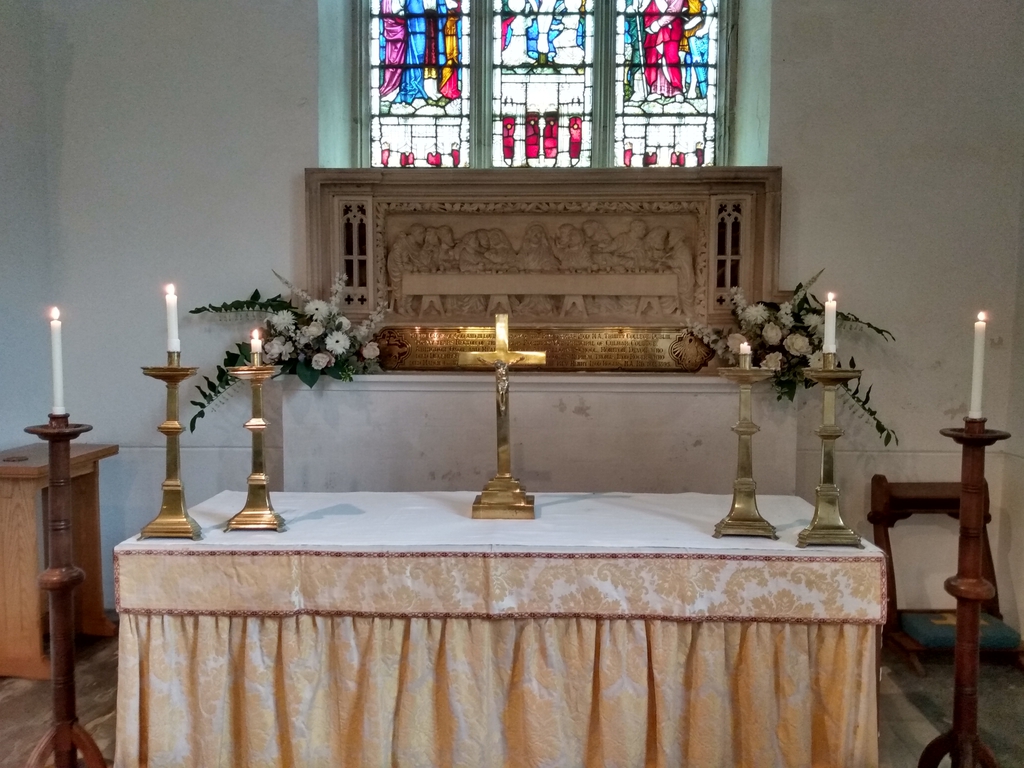 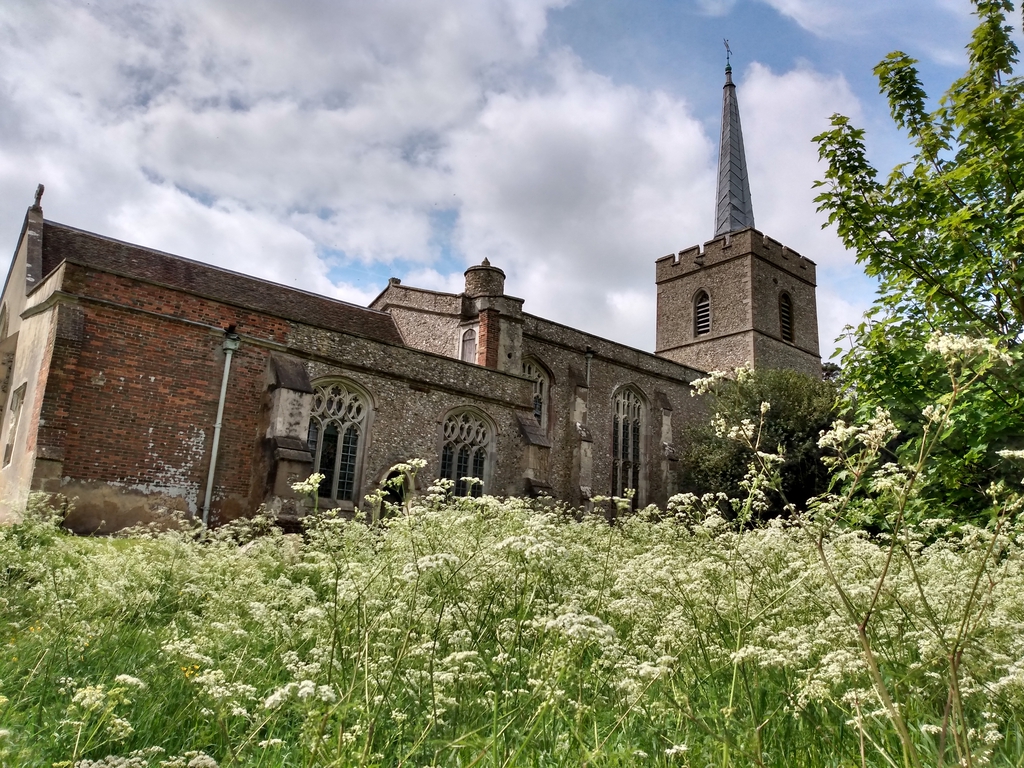 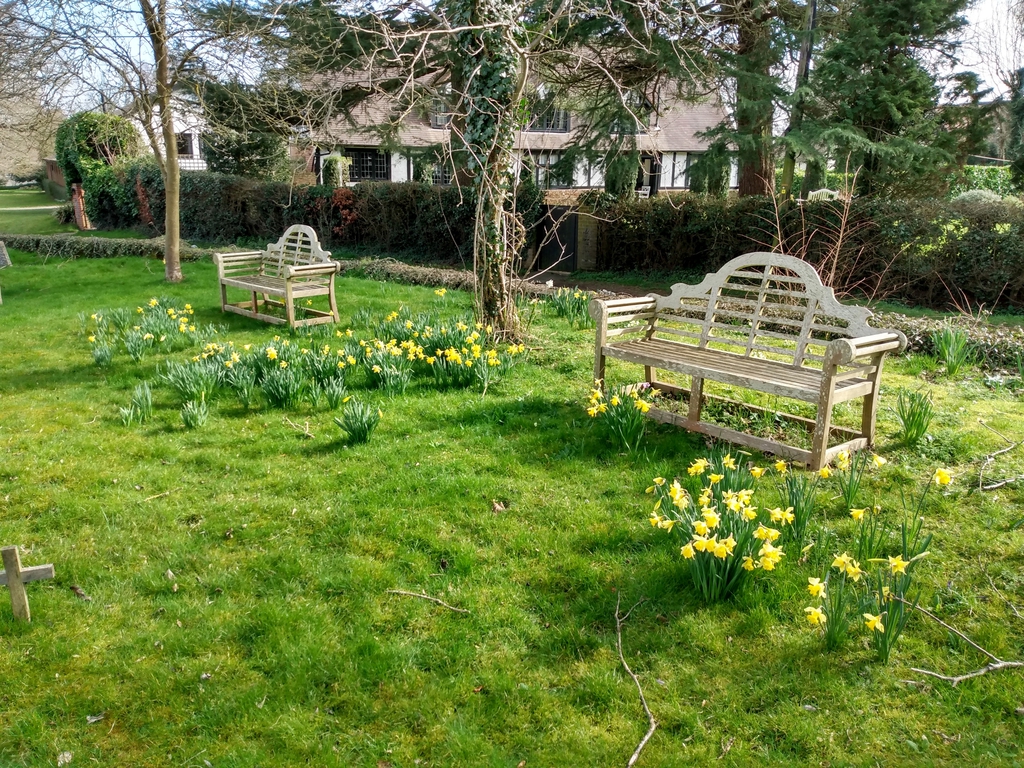 The ancient church of St John the Baptist Church at Cottered is a Grade II* building dating from the mid 14th century. Many medieval features survive, including the 15th century roof and carved oak door, and many visitors come to see the large, 15th century polychrome mural of St. Christopher on the north wall of the nave.

More modern features include an excellent sound system with hearing loop facility, and an efficient central heating system, which means our church services are both comfortable and cosy! We also have a brand new disabled toilet and a separate kitchen area, funded by legacies and with assistance from the Friends of Cottered church

The Reverend Anthony Trollope, grandfather of the novelist, was once rector here, and there is a neo-classical monument to him inside the church. Another monument in the church is to Sun Yat Sen, "Father of Modern China", who had links with the village through Sir James Cantlie, who owned The Kennels in Cottered. Cantlie was the first surgeon and lecturer in tropical surgery at the London School of Tropical Medicine, whose early career was spent at Charing Cross Hospital. During this time he became an instructor in the newly formed St John Ambulance Association, and established the Volunteer Medical Staff Corps with the army medical reformer George Evatt. Cantlie subsequently began to specialise in tropical medicine, working first in Egypt and later in Hong Kong and India.

During his time in Hong Kong Cantlie established a medical college for Chinese students at the Alice Memorial Hospital in 1887, and one of the first college graduates was Sun Yat Sen. Shortly after returning to Charing Cross Hospital, to take the chair of applied anatomy in 1896, Cantlie heard that Sun Yat Sen had been kidnapped by the Chinese legation in London The Chinese planned to send Sen to China to face trial for sedition, where he would almost certainly be executed. As a result of Cantlie’s intervention, the Metropolitan Police got involved, and the press mounted a successful campaign for the release of Sun Yat Sen. Some years later, in 1911, Sen became the first president of the Chinese republic.

We are a small rural parish in North East Hertfordshire with a population of approximately 450. Our friendly village is famous for its privately owned Japanese Gardens, and our very popular award-winning pub, The Bull, which serves great food. We benefit from a modern Village Hall offering a variety of activities, and an active pétanque club, a horticultural society and a community choir are just some of the many thriving groups that meet regularly and organise social events. Cottered is also home to the Hertfordshire Guide Centre.

The Friends of Cottered Church organises several social events every year to raise the much-needed funds we need to maintain our ancient building, while Cottered Village Appreciation Society help with mowing and maintaining the churchyard. The recently created Church Co-ordination Committee acts as a bridge between these two organisations and the church, maintaining communication links with parishioners who do not come to church, or may do so infrequently. A bell ringing group was recently revived, and in late 2019 members successfully raised funds to install a sixth bell, completing the peal in the church tower.