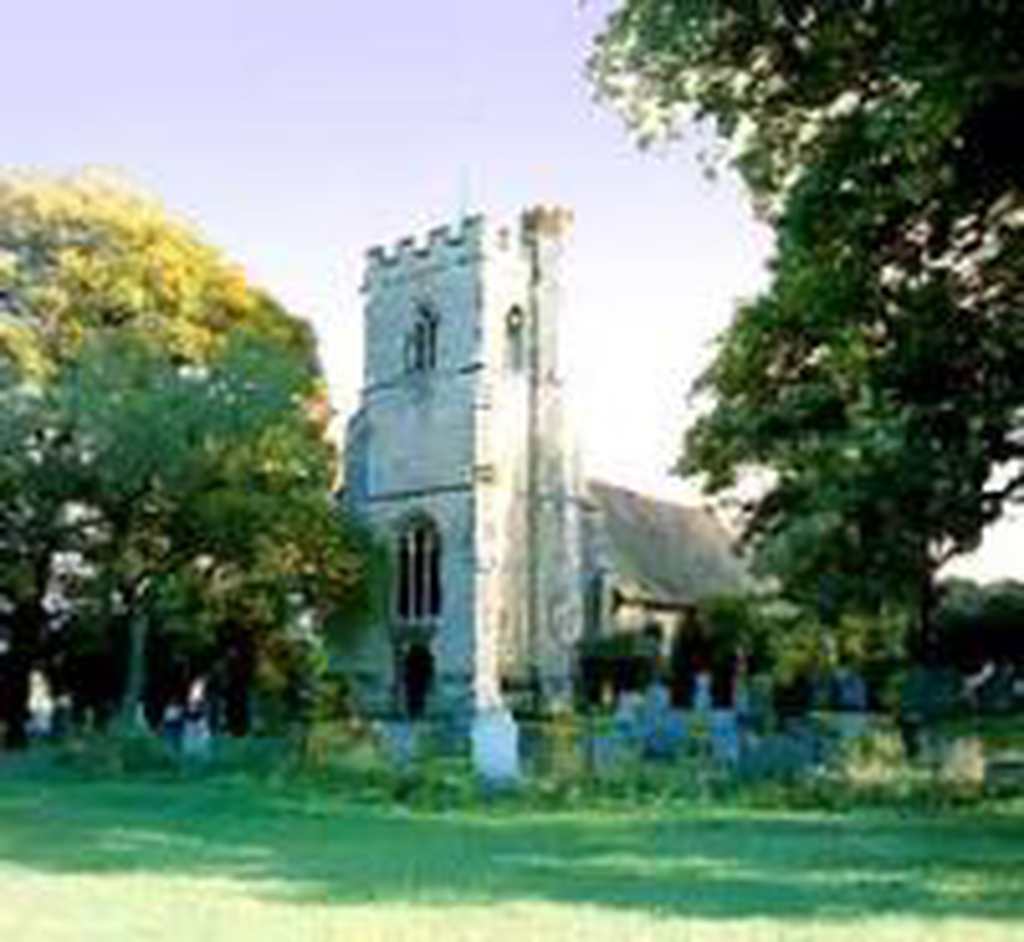 St. Mary's first stood at the heart of the mediaeval village of Knebworth, the earliest record of which is in the Domesday Book. When Knebworth Park was created, most probably in the late 13th century, the former settlement was relocated about ½ kilometre to the south, leaving only the church and some earthworks as evidence for the mediaeval village.
The nave and chancel are the oldest parts of the church, dating from 1120, but the chancel was rebuilt during the 19th century. The porch, on the South side of the church, dates from the early 18th century but the doorway is much older: 1380. The pulpit is of 18th century oak, but it has on it four Flemish carved panels dating from about 1567. In 1420 the tower was built by Sir John Hotoft, owner of Knebworth & Treasurer to the Household of Henry VI. The font (1480) and 2 panels giving the names of the Rectors and Patrons from 1294 are at the foot of the tower. Services are held every Sunday & the picturesque church is popular for weddings
×