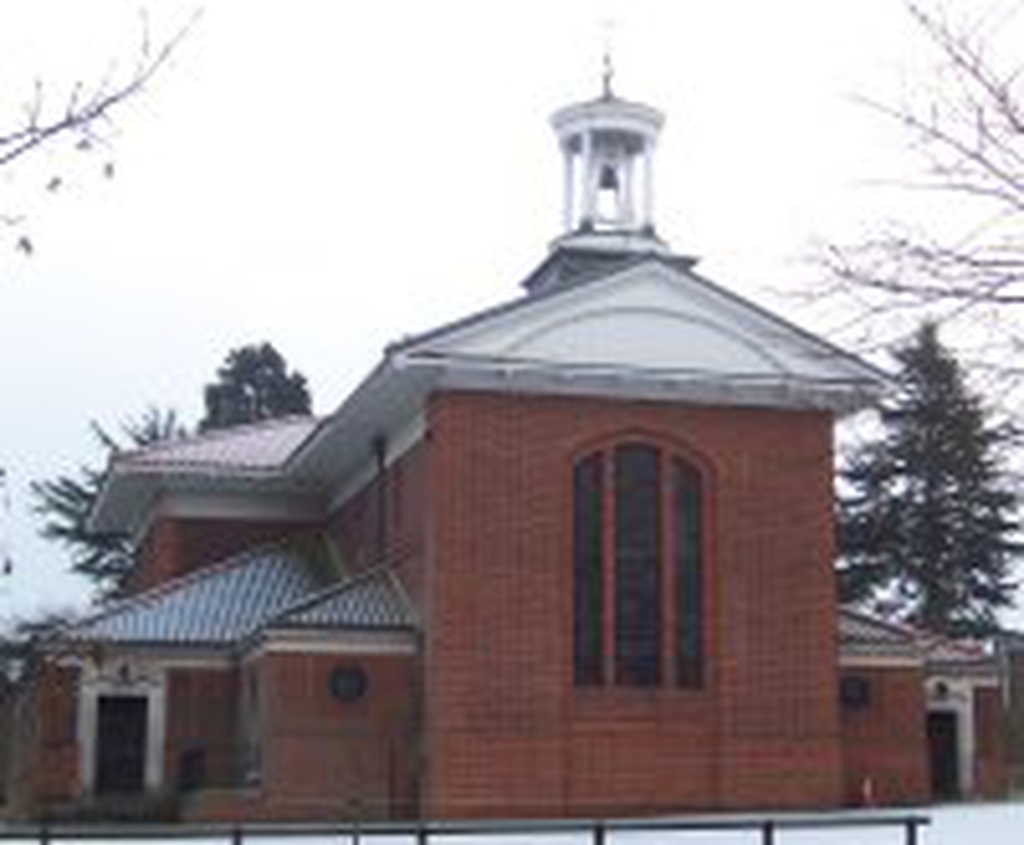 Until the 19th Century St Mary's was the only place of worship in the village. In 1880 the Church of England began operating in New Knebworth, when a Mission Room was built in Gun Lane, and a new church, St Martin's, was opened in 1915.
St Martin's church was designed by the eminent architect Sir Edwin Landseer Lutyens (1869 - 1944) and reflects his own idiosyncratic style.
Lutyens' original plan was for a much larger building and included a nave with three bays and an apse at the east end. The west end was to include a portico with steps; this was changed to a plain wall on a "temporary' basis because of World War 1, though in fact the most unattractive plain brick wall persisted until 1963/4 when the church was completed to its present design by Sir Albert Richardson (1860 - 1964).
Richardson was a friend and admirer of Lutyens. He designed the western extension to the nave (17 feet long), a cupola for the bell, and the entrance lobby and "Rector's Office'.