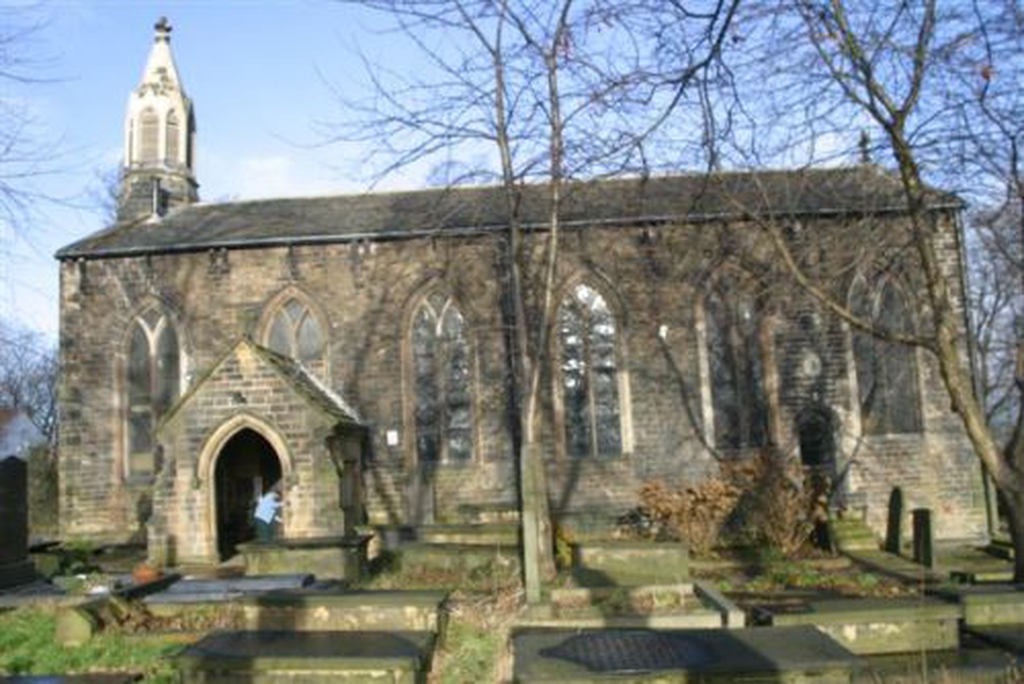 The Church that you see today is quite young. It was built in 1820 on the site of an earlier church of 1706. This followed a succession of buildings dating back to the early 12th Century. The oldest artifact we have is our Norman font which has been dated as no later than 1120 and it is still in use today.Thanks to the use of the "Ellacombe" system our peal of 8 bells can be rung by one person, thus allowing tunes to be played.
We have strong Bronte connections with a Bronte family member buried in the churchyard and evidence that that Patrick Bronte carried out services while he was curate at Hartshead Church. We have about 1200 graves in the churchyard dating back to the early 1700's and we have a record of most of the grave inscriptions for anyone who is researching their family history.
The church has just undergone a major re-roofing and re-building of the formally truncated tower this at a cost of £265K has now restored the building to its original design.
The Church is open for visitors the first & 3rd Saturdays of the month 09:30-13:30 with church members in attendance to answer any queries and our comprehensive list of grave inscriptions is available for anyone researching family history. Other visits can be arranged by contacting the churchwardens
You can be assured of a warm welcome either as a visitor or a participant in one of our services
×