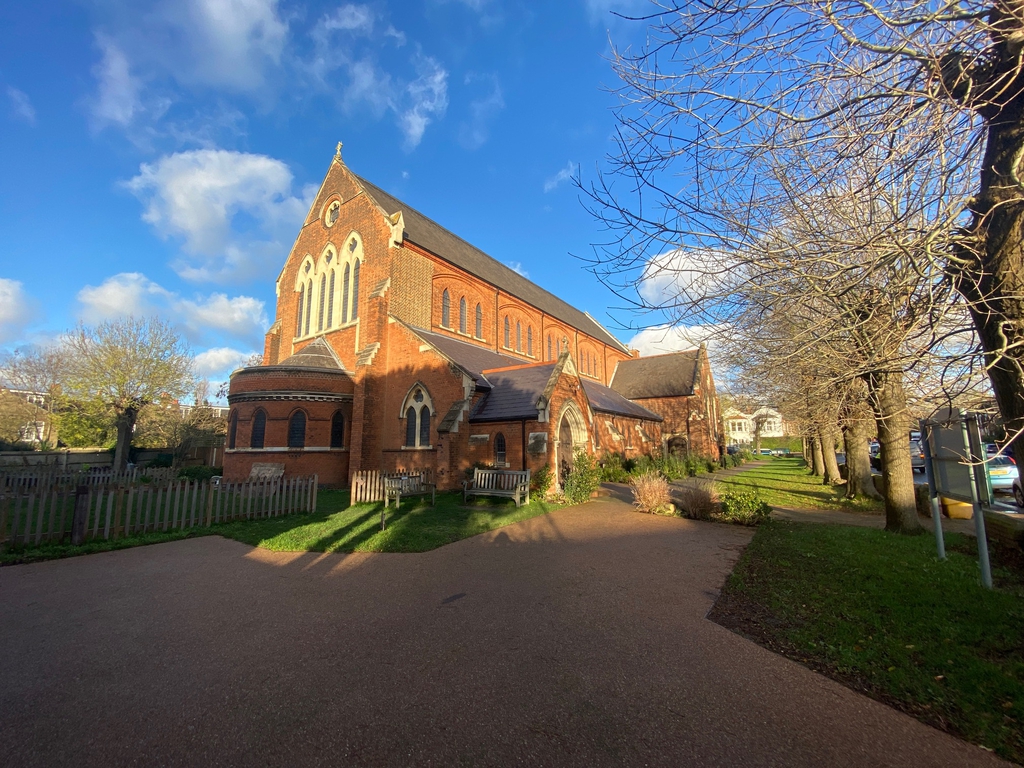 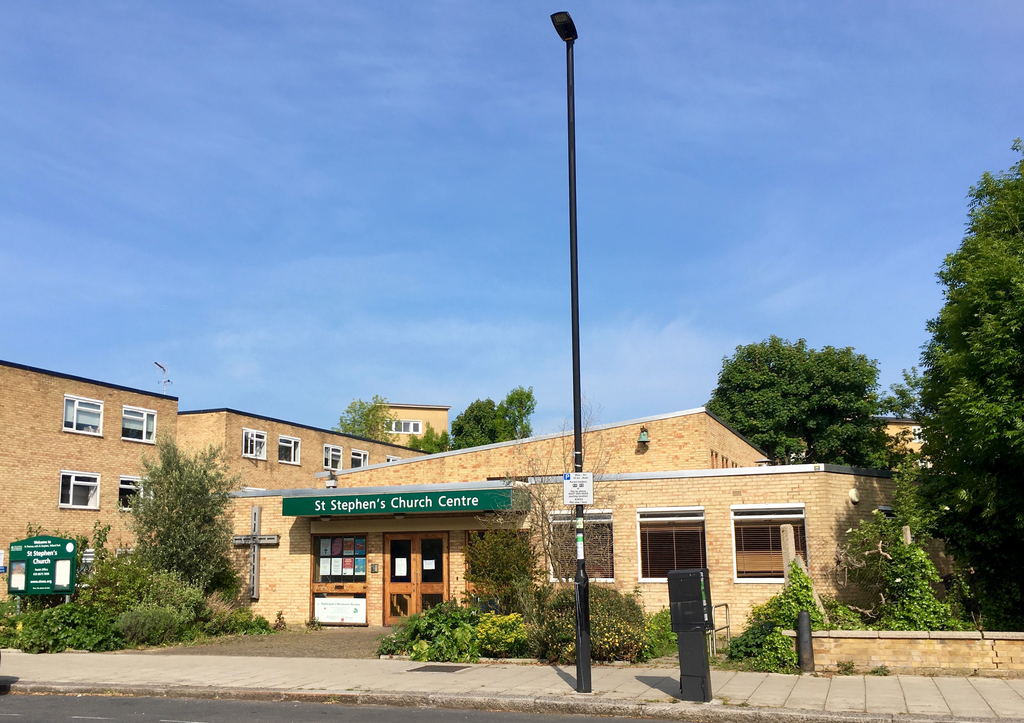 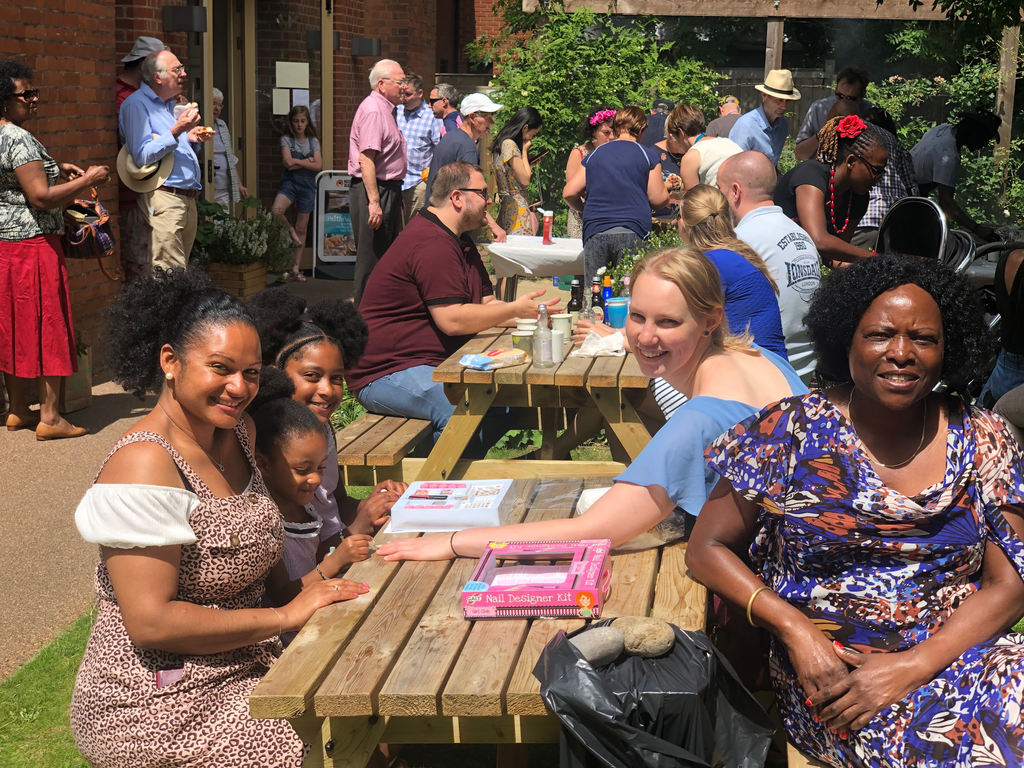 St Thomas Church was built to the designs of Sidney R J Smith and Spencer W Grant in 1901. It is recorded that the aisles and baptistry were added in 1905; and the chancel, organ loft, vestry and toilet facility added in 1926-7. The transepts were not part of the original construction, but it is not entirely clear when exactly they were built.

The church sits comfortably in a fairly spacious churchyard on the corner of Telford Avenue and Salford Road in the suburb of Telford Park. It comprises a large steeply pitched roof covering the nave, and a lower similarly pitched roof to the chancel, with symmetrical north and south transepts and aisles; a semi-circular baptistry at the west end of the nave; an organ chamber to the east of the north transept and vestry and toilet facility to the east of the south transept. There is a basement boiler room beneath the south transept, access from steps down beside the vestry door. There is a porch on the south side, a door to the west wall of the south transept, and a door into the north aisle in the north west corner of the church.

Internally, the nave is separated from the aisles in conventional manner by an arcade of pink Mansfield stone columns; above these are clerestory windows beneath the exposed timbers of the roof, which has queen post trusses with curved braces. The chancel has a boarded barrel vaulted ceiling.