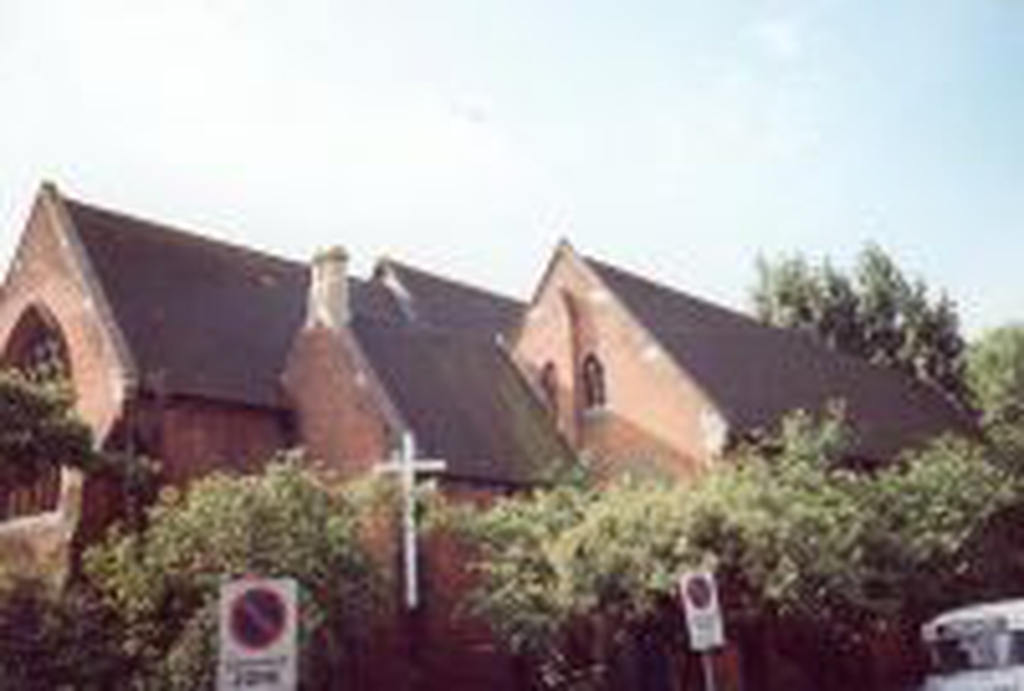 Wimbledon, St John the Baptist
Services and events
News and notices
About us
About the church
Find us
Spencer Hill Wimbledon London
Get in touch
07746 294479
Facilities
More information
Edit this Church

The church was built in 1875, in 'Decorated' Gothic style, and designed by T G Jackson, an architect who did much work in the area, usually in redbrick.

It is constructed almost entirely of heavily buttressed red brickwork supporting clay tiled roofs, and is planned without a south aisle or tower. The stone window tracery is particularly fine, but there is little stained glass. The most interesting feature is the bellcote supported on one of the buttresses on the south elevation.

On the south side of the church are two modern extensions, a small flat roofed brick building attached to the church, and a prefabricated hall building.
×