Historical information about the church 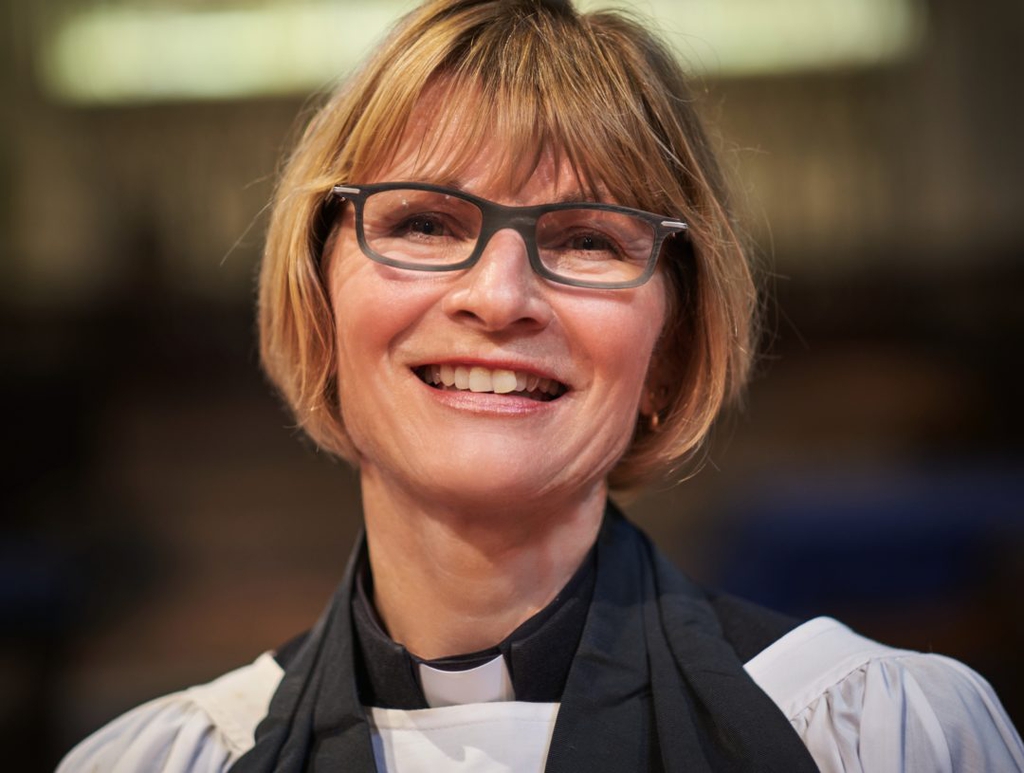 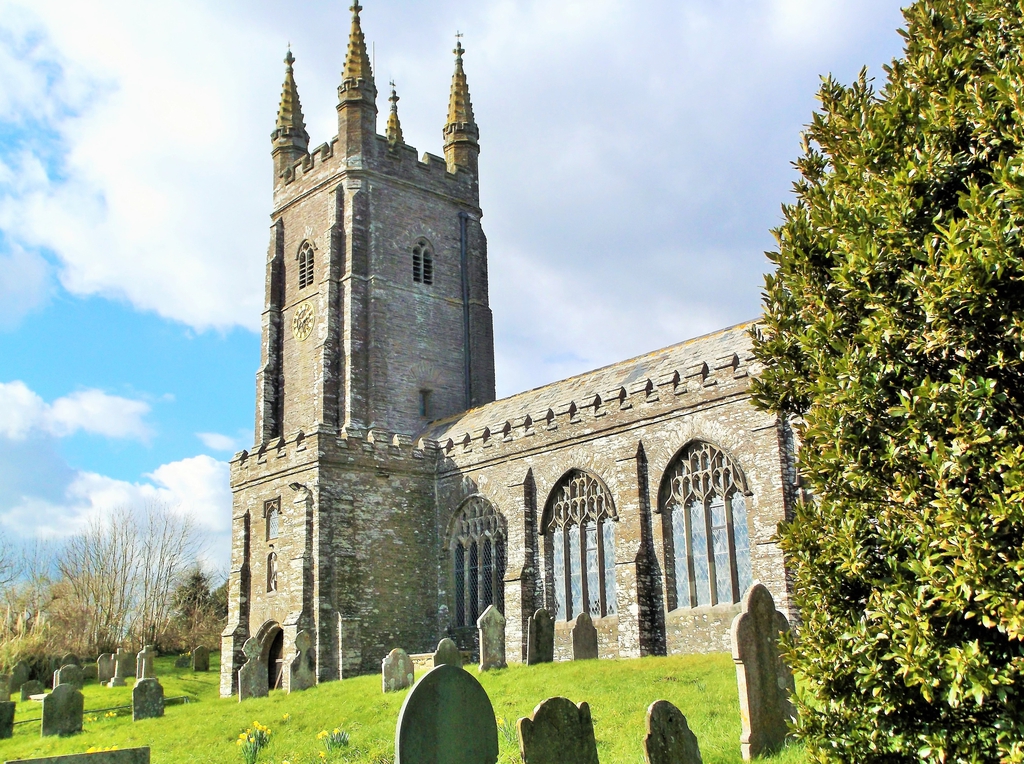 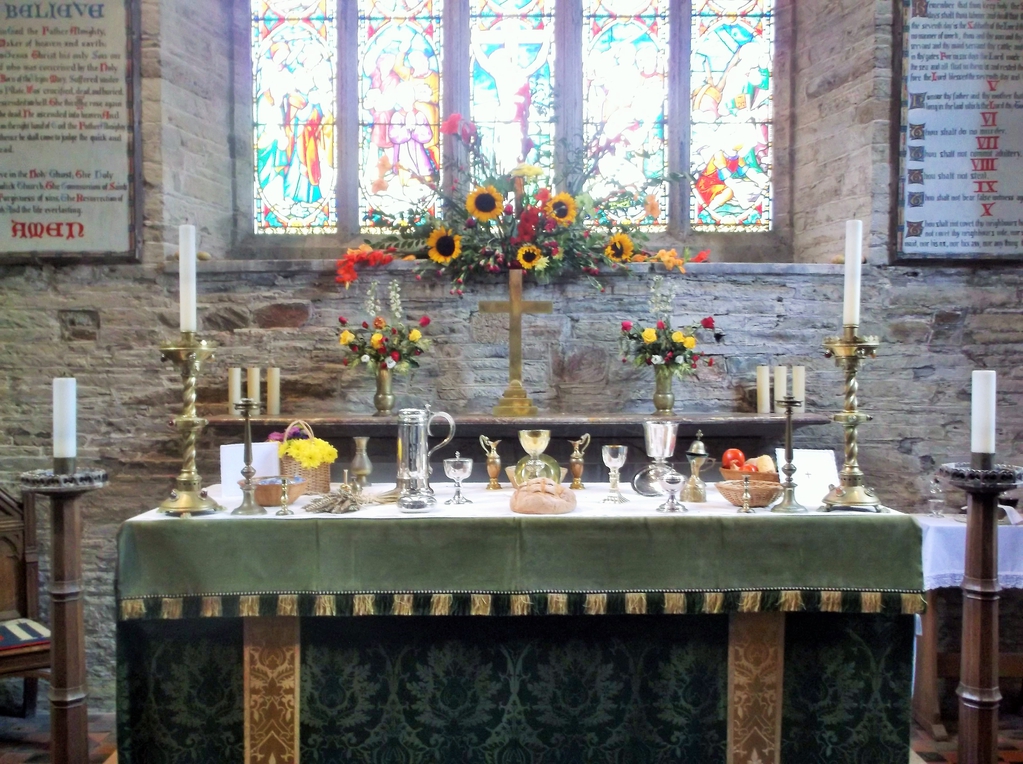 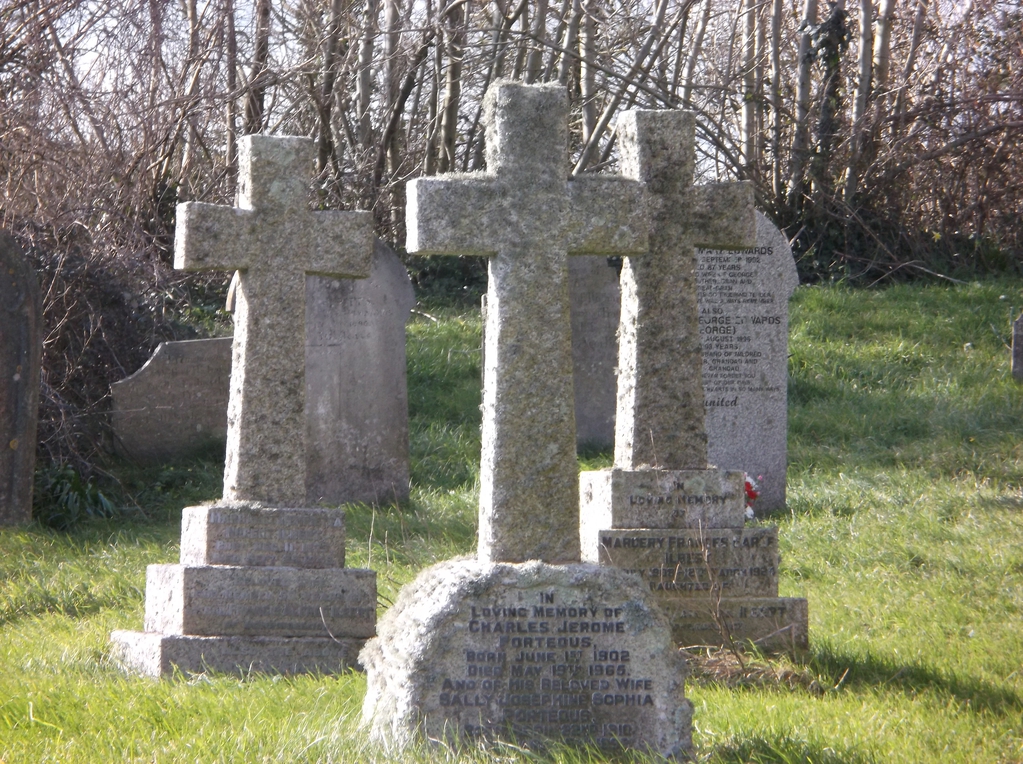 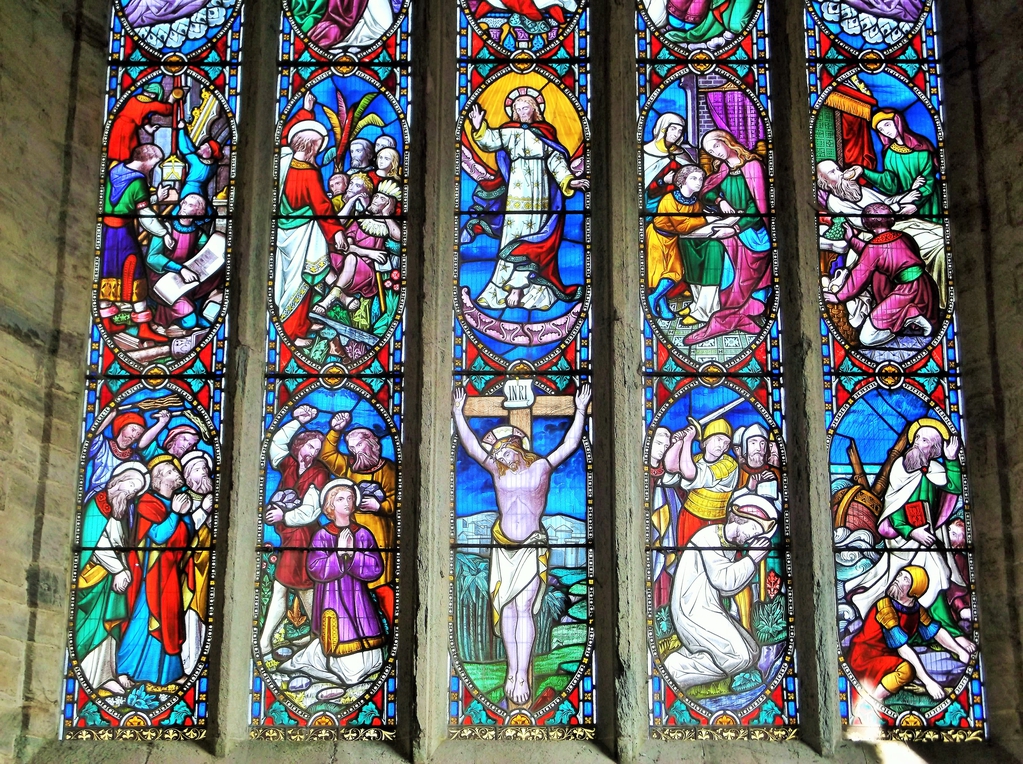 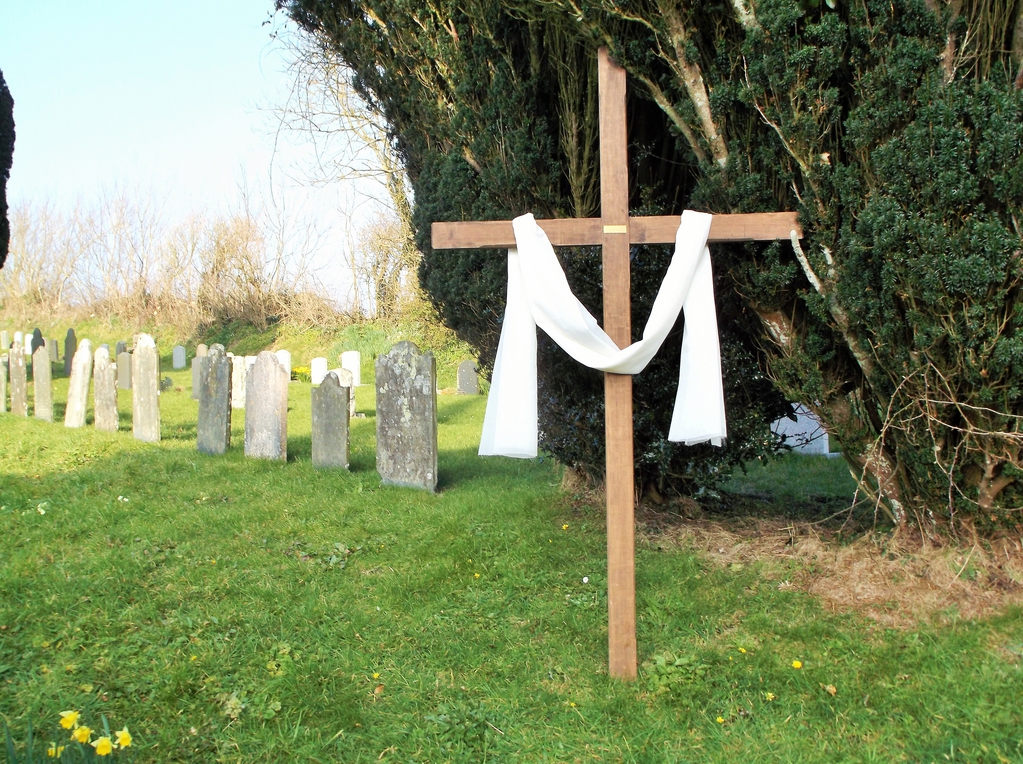 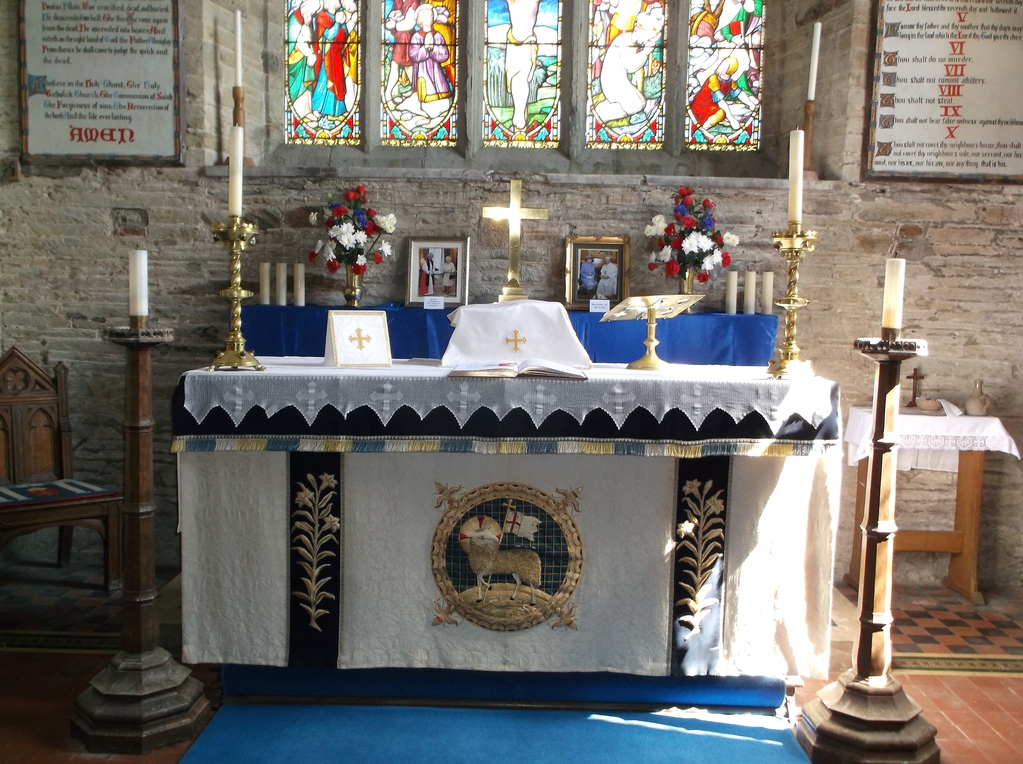 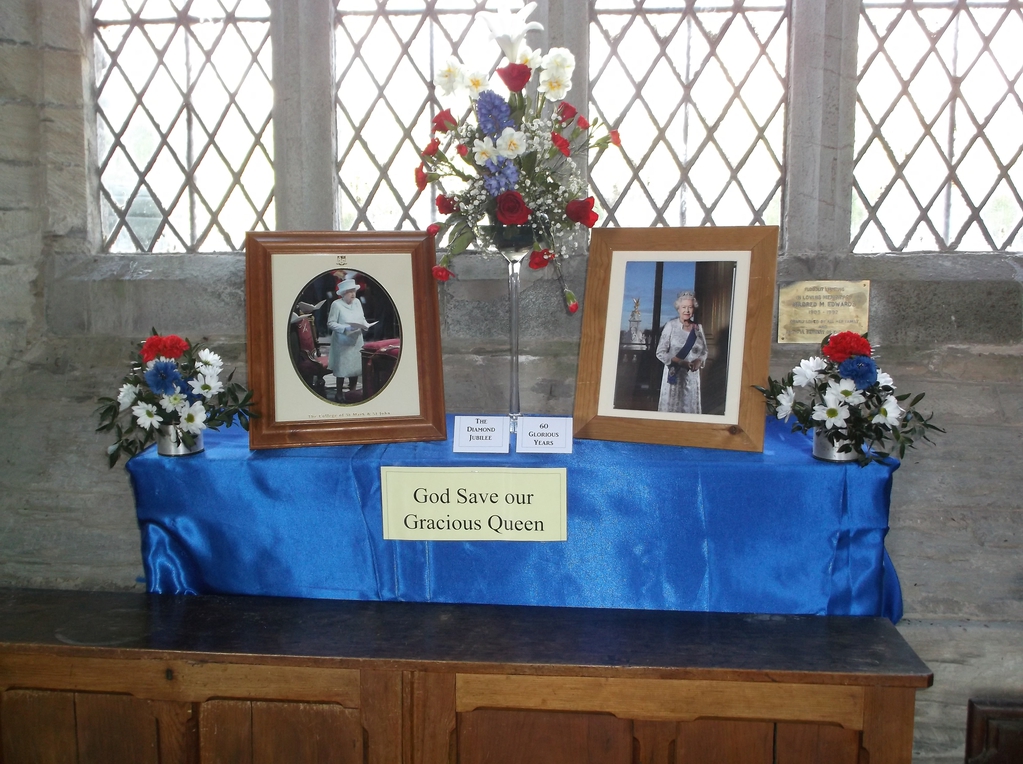 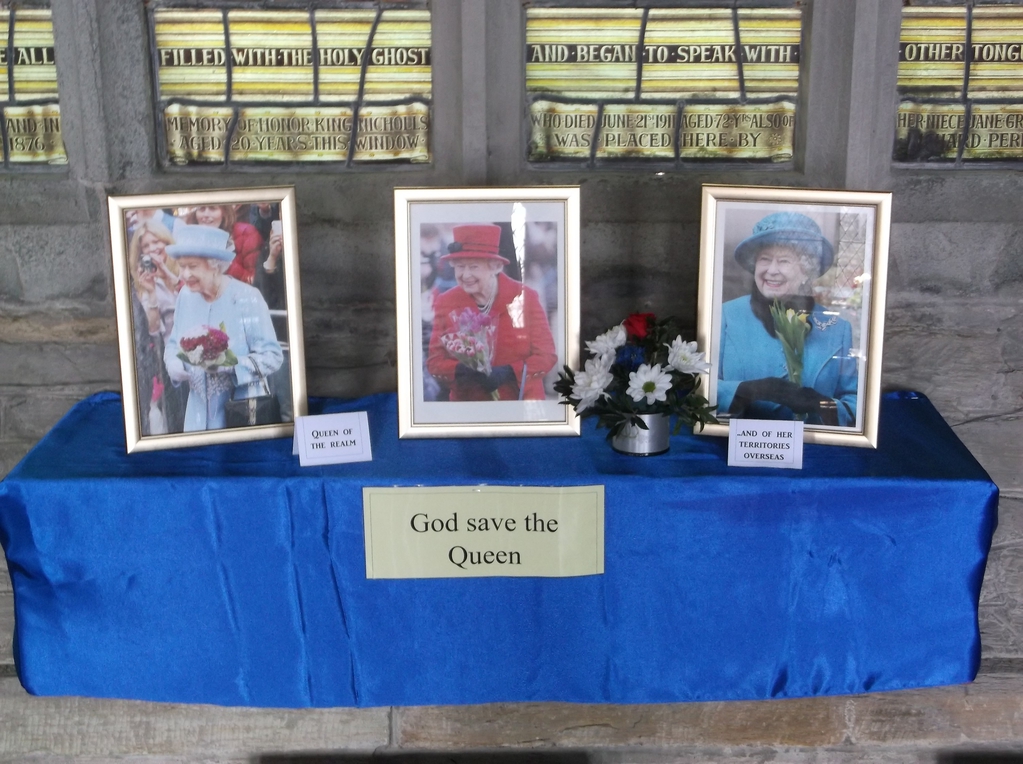 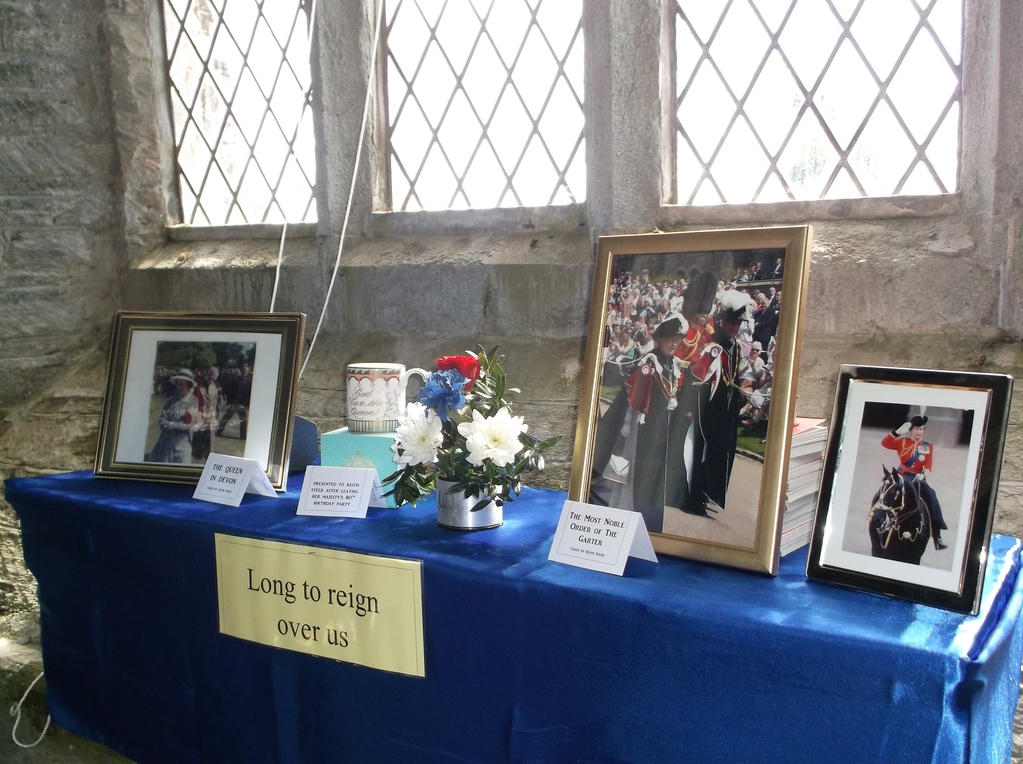 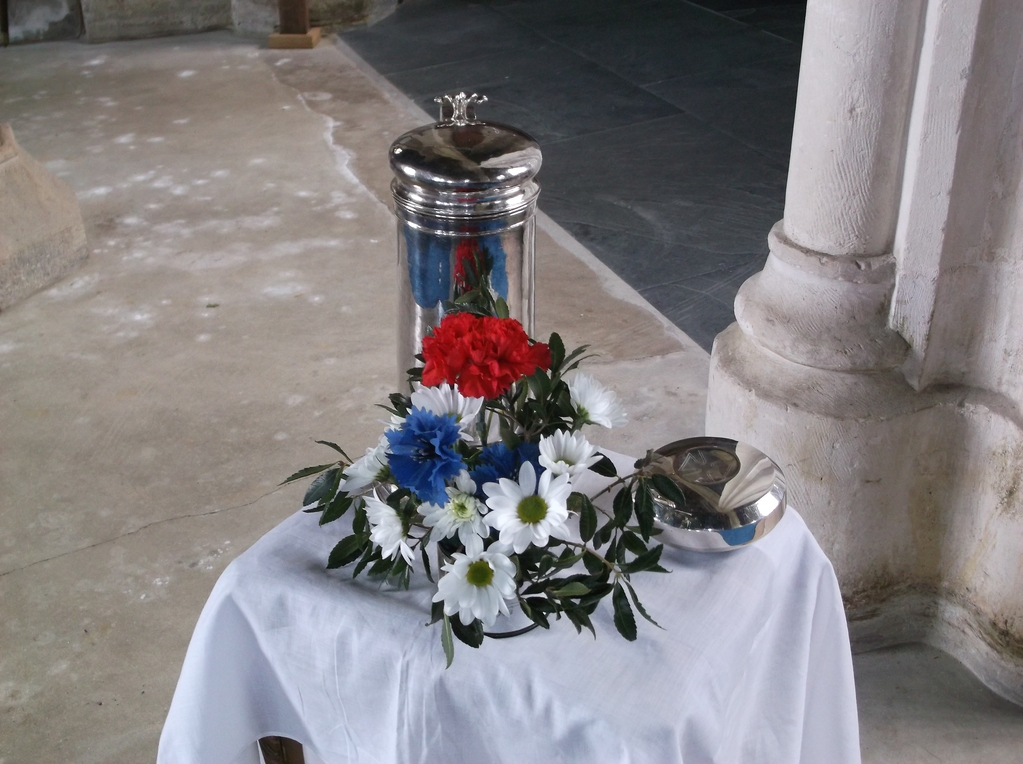 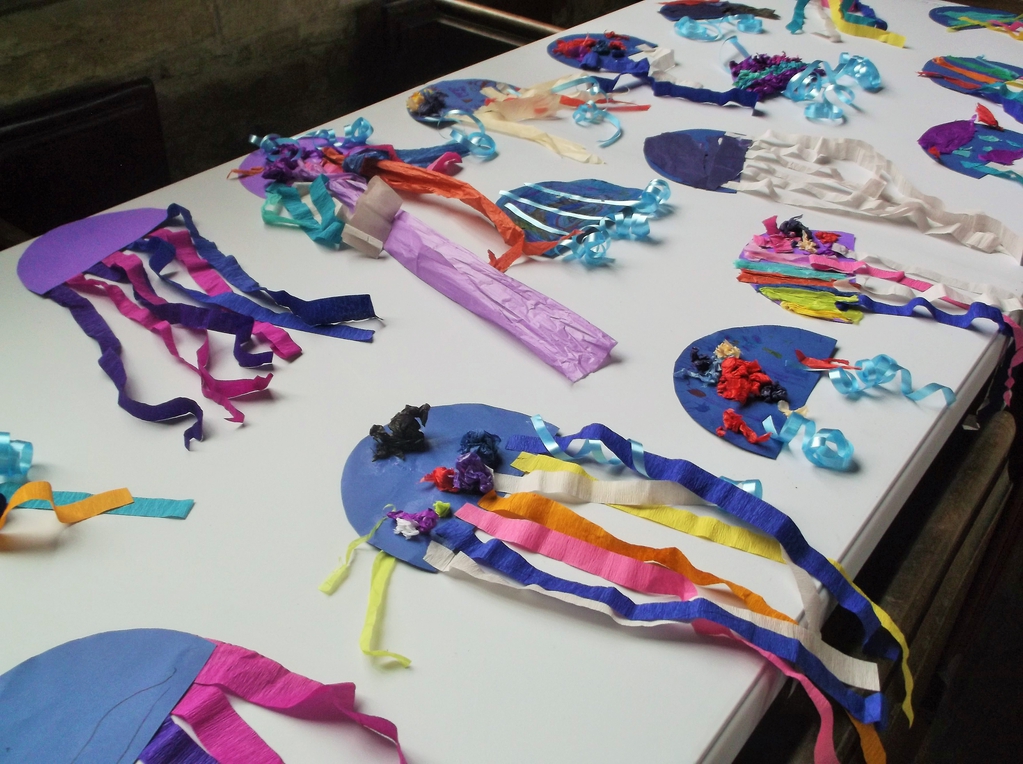 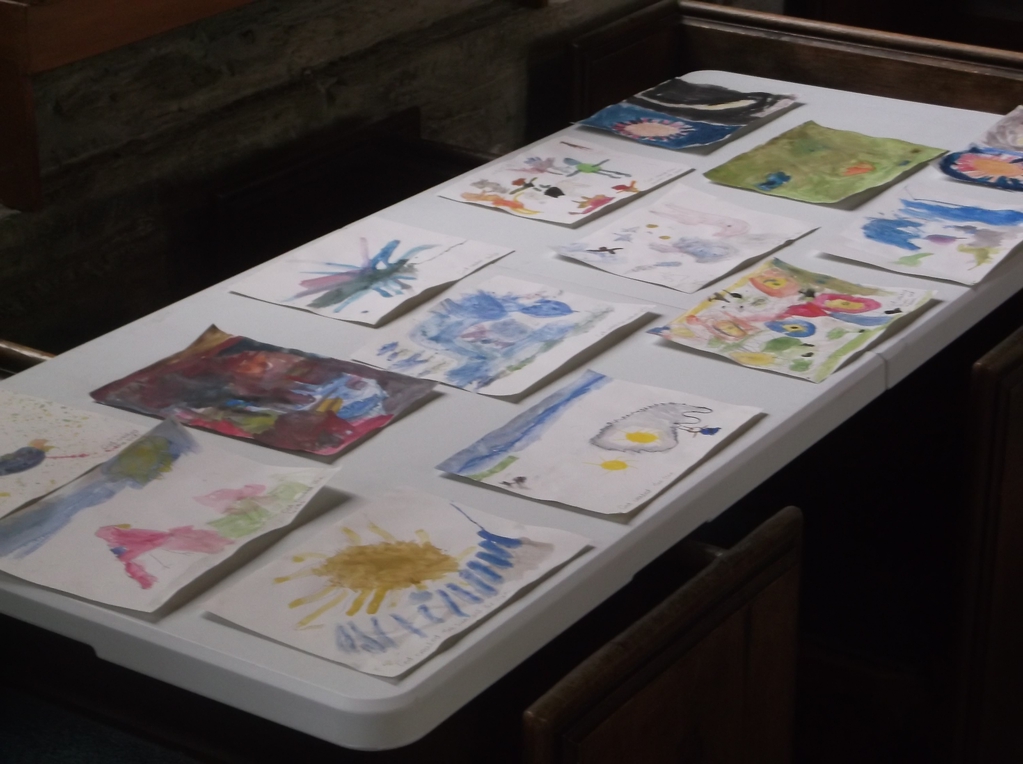 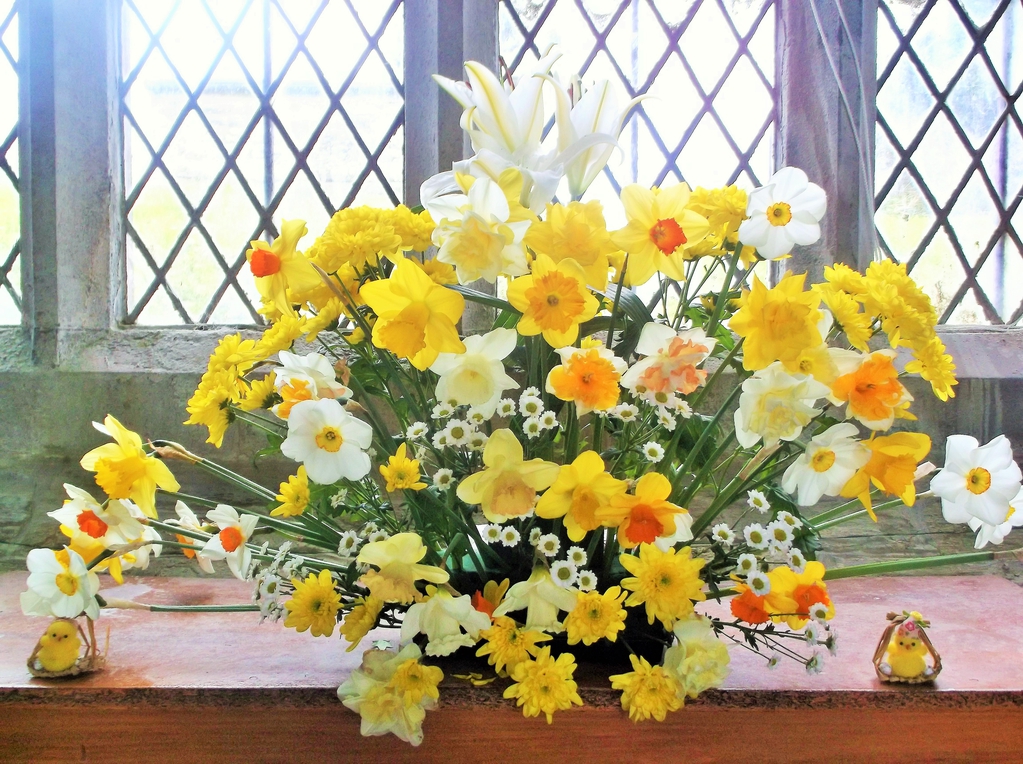 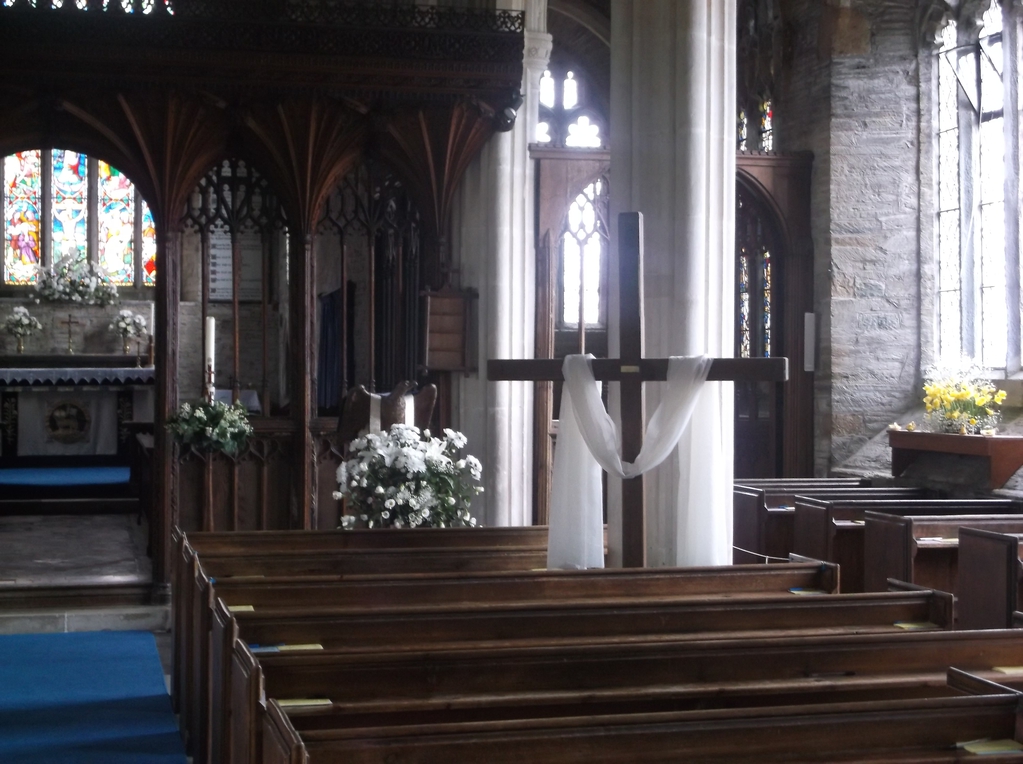 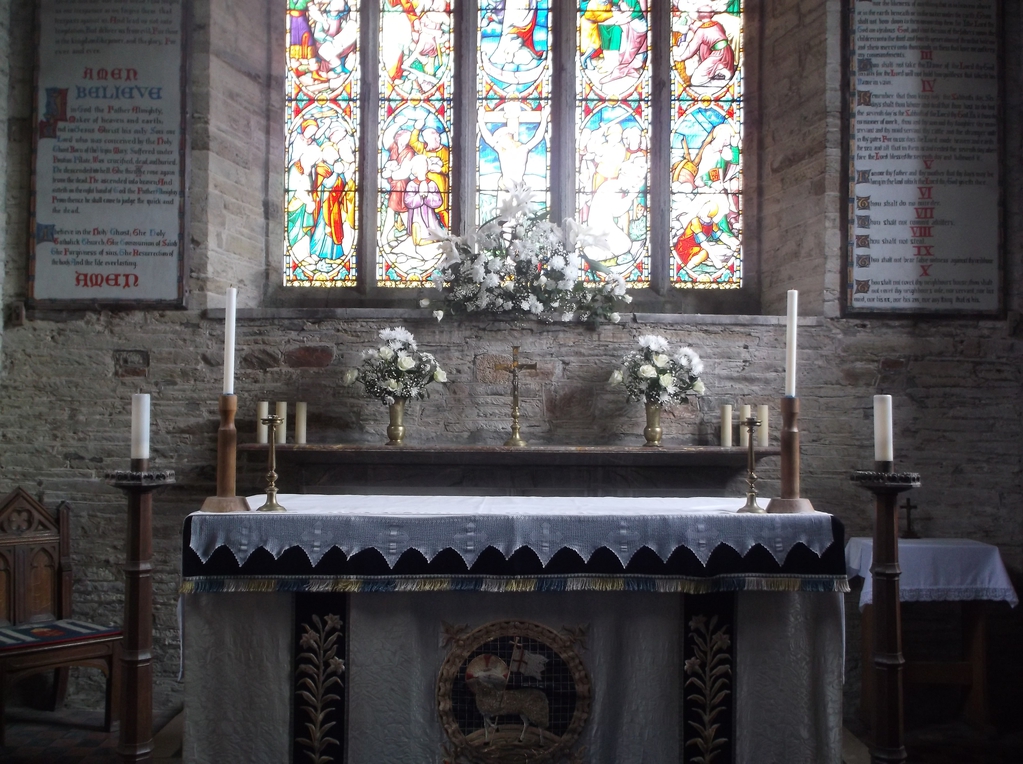 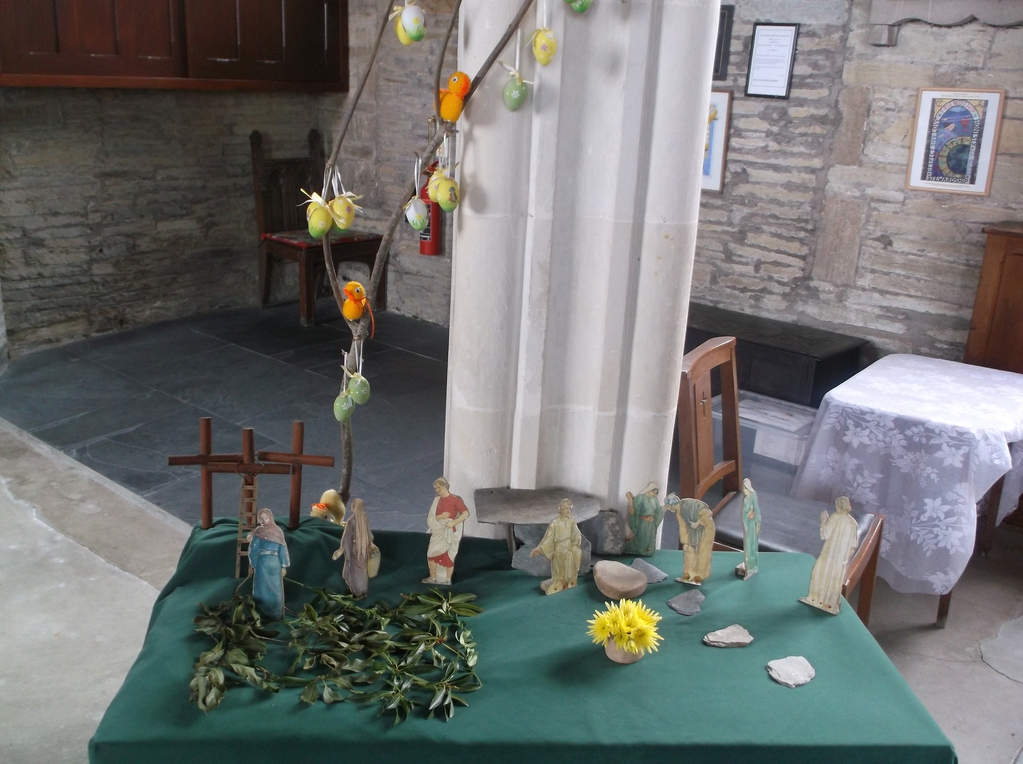 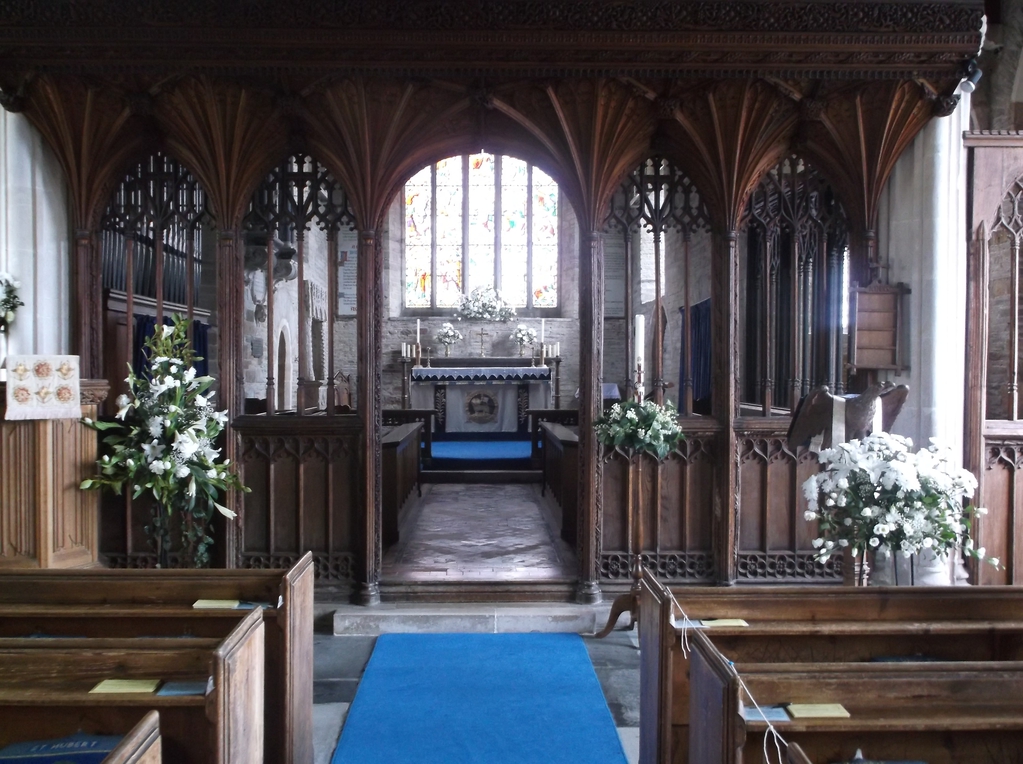 Historical information about the church

General information:   There is evidence that a church stood on the site in 909AD.   The present fine building is Early Perpendicular and was remodelled in the 15th Century.   The remains of the earlier 13th Century stonework can be seen by the piscina.   The whole church was extensively restored in 1867 at a cost of £2,600 when the roofs, screen and seating were replaced.   It consists now of a tower, with belfry, nave, two aisles, parts of the original rood screen, a chapel set apart for the Ilbert family, chancel and a vicar's vestry added in the 19th Century.   The list of the incumbent vicar/rectors has been kept since 1309 and can be seen by the door, but the Church Registers from 1558 onwards are in the Exeter Record Office.

Tower: The square West Tower has three stages with a crenellated parapet, which rises 53ft, and is supported by set-back buttresses.   At the top are four crocketted pinnacles which are, unusually, 20ft high.   The two-light cinquefoiled belfry lights have probably been restored.   It is entered by a 15th Century two-centred arched West doorway above which is a Perpendicular window.   During a funeral service in 1829, one pinnacle was struck by lightning.   The clock is a memorial for those killed in the 1914-18 war, and was hand-wound  (a climb of 80 steps) until 1996 when  electric winding gear was installed.

Belfry: The six bells were installed by the Ilbert family in 1775, and were rehung in 1877 at a cost of £65, all the money being raised by public subscription.   For over 50 years the bellringers of the parish have been renowned for excellent ringing and have won many trophies, there was so much enthusiasm in the village that it supported three separate trained teams.   If you stand outside at the foot of the tower while the six bells are ringing, one of the pinnacles can be seen swaying.

Porch:  The 15th Century two-storey crenellated porch has a large round-headed doorway with an image niche above it containing the figure of St. Hugh of Lincoln with his swan.   This was erected in memory of the Revd. Hugh Lethbridge, a former vicar of the parish.   Inside, there is a small niche in the left wall, and unusually, a fireplace in the right front corner because the porch was for some time used as the School room.   At the end, a small doorway with a shouldered head leads to a stairway to the room, which was a rest room for visiting preachers.   The large South doorway has a heavy planked oak iron-studded door with the original lock casing.

Font: The late medieval 15th Century octagonal stone font has eight panels, decorated with leaves, surrounding the lead-lined bowl.   Four of these are very crudely carved and were possibly turned to the wall when the font was originally placed under the tower.   The supporting column and base are recent additions.   The lid of iron-studded oak is probably 19th Century.

Nave: During the 1867 restoration (which was undertaken by Richard Coad, the famous stonemason who invented "Coad Stone") the plaster was stripped from the walls removing the last vestiges of the original murals.   There are two identical six-bay arcades of hard white Beerstone pillars which were brought by ship up the estuary and then drawn by horse up the hill.   These were once painted and have carved capitals and four-centred arches.   The timber wagon-roof of the nave and the roof of the aisles had to be extensively restored.

Windows: All the main windows are of Perpendicular design, some to the North retain the original tracery, others have been restored.   The East window of five-lights depicts the Saints in Suffering, the Saints in Labour and the Saints in Glory designed in 1867 in memory of WR Ilbert.   The West window in the tower represents the Resurrection and is a memorial of 1885 to the Revd D McDonald.   The North window shows the Day of Pentecost and was presented in 1913 in memory of the Nicholls family.   The magnificent stained glass window in the side chapel was erected to honour Timothy Ilbert, who was killed in a tragic accident in Africa in 1933.   All windows are subject to a programme of repair and restoration, which started in 2015.

Chapel: The chapel of St Mary was attached by prescriptive right to Bowringsleigh Manor and its estate.   A large brass plate shows the names of the Ilbert family who owned the land and later resided in the manor.   Miss Margery Ilbert was the last member of the family to bear its name.   She was a Churchwarden for 25 years until she died in 1984.

Rood Screen: In the late 15th Century the church had a set of screens with some unusual features, but unfortunately "having fallen into an unholy conditions of ruin and was much altered by Herbert Read in his major restoration in 1867.

North Aisle Screen: was virtually rebuilt to match the screen using new pieces of oak, pine and pitch pine that came to hand.   It was then painted with white lead and oak-grained which so darkened and retriculated over the following years, that in 1996 it was restored to the 1867 state.

Chancel section of Screen: was seriously damaged when the vicar of the time "sadly defaced it to admit the placing of the pulpit on top of it".   The restoration was carried out with skill and great care and now contains about 25% of the original oak and traces of the polychrome.   The "flower trail" around the whole arch of the centre bay is unusual and probably represents the wild clematis, Travellers Joy.

South Aisle Screen: consists of about 85% of the original wood.   The top was altered to match that on the restored North part and then the whole of the screen was covered in black varnish.   In 1995-96 this varnish was cleaned off to reveal the remains of the original red, white and green polychrome which may itself have been partially stripped off in Elizabeth 1's time.   The South bay is the door into the chapel.   It is interesting to note that at the top of the inner side, the craftsmanship of the carving of the tracery is very poor and crude.   It is probably that it is an apprentice's work which could be accepted as it was not usually, or readily seen.   A portion of the tracery at the rear of the fixed section has been left uncleaned.   The parclose has circles at the top of the square-headed tracery which is of continental Flamboyant style.

Chancel: The altar is made as a strong simple table.   In the South wall is a 13th Century piscina and an inset bench with chamfered arches over, and a small door with two-centred head.   There is a Purbeck marble canopied tomb, rare in Devon, set into the North wall.   It is probably of the time of Henry V11 (1520-30).   Indents from brasses, possibly removed in Cromwell's time, show a family kneeling around a Resurrection scene; this is unusual, and is an indication that the tomb doubled as an Easter Sepulchre.   The slightly clumsy fit of the skilfully carved stone would be accounted for by the normal practice of carving the blocks in Purbeck, and then sending the "kit" of tone, firstly, to have the brasses riveted on, and then to be erected by the local masons.   At its side is an interesting wall memorial to William Bastard, a large landowner in Gerston who died in 1770.   The marble plaque has seated putti with angel's heads above and below, and high relief foliage and fruit down either side flanked by Corinthian columns with a broken pediment and heraldic shield above.   The gabled vestry projects from the North wall.   The organ was built by Dicker of Exeter in 1869 and was overhauled in 1992 and 2017.

Churchyard: At the east end of the graveyard is a headstone with the following unusual inscription:

"Here lyeth the Body of David Jeffery the son of Michael Jeffery and Joan his wife.   He was buried ye 2 day of Sept 1746 in the 18th yeere of his age.   This youth when in sickness lay did for the minister send that he would come and with him pray but he would not attend.   But when this young man buried was the minister did him admit.   He should be carried into church that he might money geet.   By this you see what man will dwo to geet money if he can.   Who did refuse to come and pray by the foresaid yourng man"

This verse alludes to the custom of paying a fee to the minister when a corpse was carried into the church.   In fact the youth died of virulent smallpox so suddenly that there was no time to give notice of his illness.   In spite of the scandalous lie, the minister did not allow the epitaph to be removed as he did not wish to destroy such a specimen of village poetry.   The headstone is one of a row of six which have been placed under a preservation order because of their inscriptions.