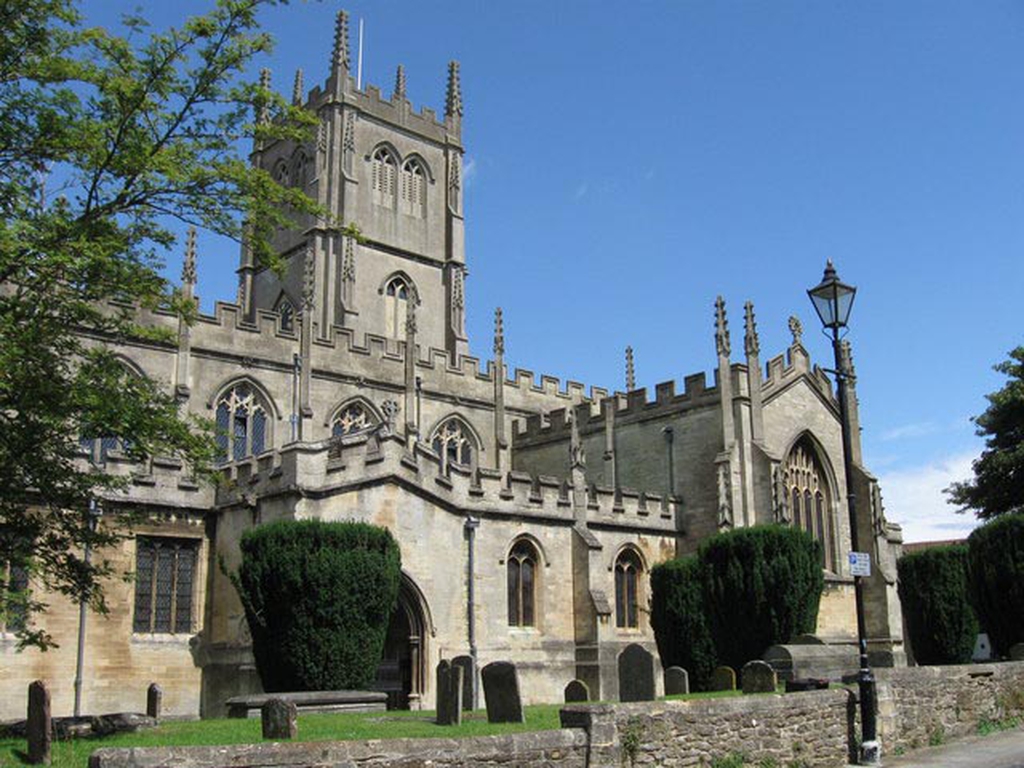 The Parish Church of St Mary the Virgin stands proudly on the site of an earlier Saxon Minster. Its outer appearance, a skillful blend of stone masons’ art of five centuries, is Perpendicular, a feast of embattled parapets and pinnacles. A mighty 17th Century North Transept Tower replaces the fallen crossing tower.

Exploring the interior reveals a transitional Norman Nave surmounted by the 15th Century clerestory covered by a superb wooden roof of the same date. The many treasures of the church range from an early Elizabethan chest to fine early twentieth century Art and Craft screens. In 1994, the Parish celebrated the 750th anniversary of St. Edmund, a former Vicar of Calne, who became Archbishop of Canterbury in 1234.

In October 2010 at a service of inauguration led by The Right Reverend Stephen Conway, the Bishop of Ramsbury, the parishes of Derry Hill, Bremhill and Foxham combined with those of Calne and Blacklands to form the Marden Vale Team Ministry.  St Mary's is open to visitors on Wednesdays and Fridays.