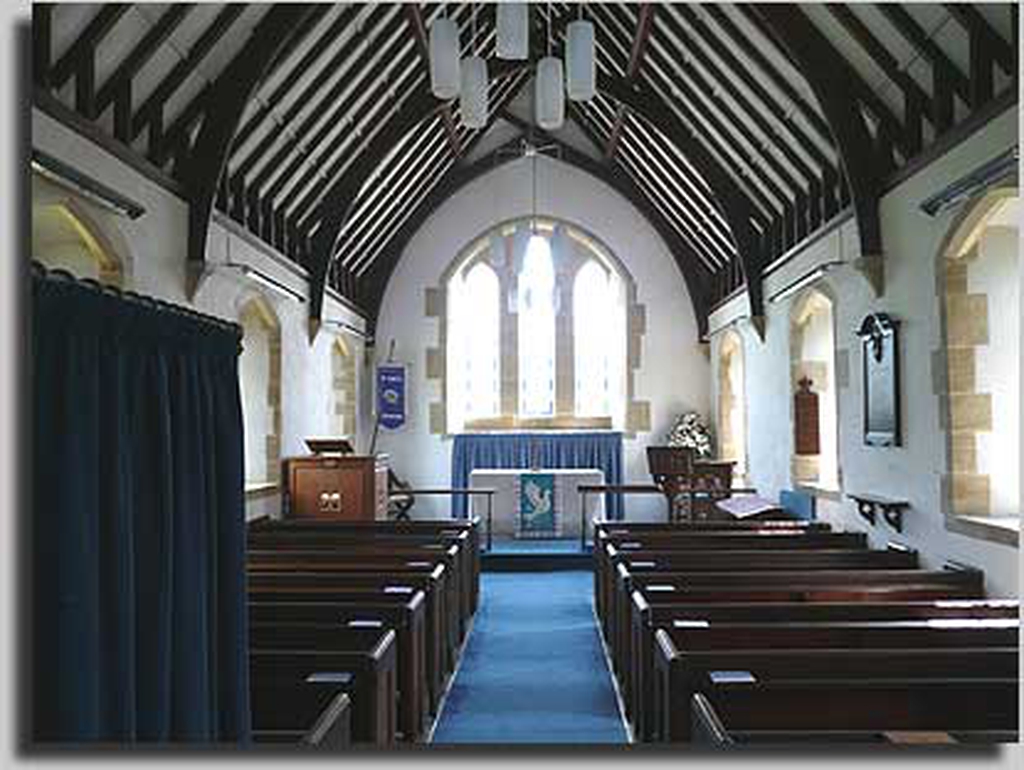 Drimpton St Mary is part of the Beaminster Area Team Ministry which covers 50 square miles of beautiful rural West Dorset. The team consists of 14 individual parishes plus the chapel in the grounds of Mapperton House. Our worship shows a wonderful variety of styles ranging from services from the Book of Common Prayer to the child-centred Messy Church, with music a vital part of our activities.

There has been a Methodist Chapel in Netherhay since 1838 but Church of England folk had to travel to Broadwindsor for services. The building of a chapel of ease "to hold a congregation of 100" commenced in 1863 on land belonging to the John Gould charity. The money for the building of the chapel having been "solicited from friends and neighbours". Among those to give was Archbishop Trench of Dublin who forwarded a donation with the words "Poor Ireland sends £2 to rich England". The stone was given by Capt Spurway, a local landowner, but the building still cost £584, in today's money £34,000; it took 3 years to build and 7 years to pay for.

It was consecrated on 21st July 1867 by the Rt. Rev. Walter Hamilton Bishop of Salisbury. On that day there were two services; at the actual consecration service only those who had received invitations were allowed in the chapel, the rest of the villagers who wished to be present having to remain in the churchyard. At the evening service, so the story goes, 27 candidates came forward for baptism although only 18 were actually baptised that day. When built the chapel was in the parish of Broadwindsor; Drimpton became a separate parish in 1982 at which time St. Mary's became the Parish Church.