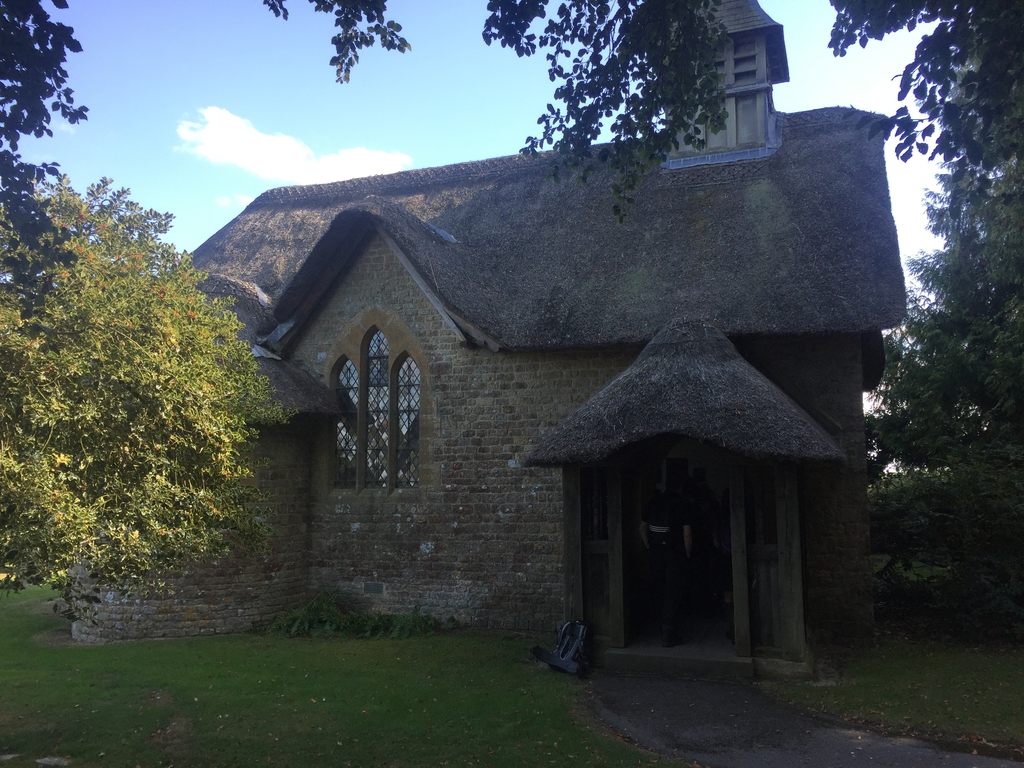 Langham: St. George's
Services and events
News and notices
About us
Charles Edwin Ponting FSA, 1849-1932
Safeguarding
The history of this chapel
Find us
Gillingham
Get in touch
01747 821598
Facilities
More information
Edit this Church
Church of England Diocese of Salisbury Gillingham

The architect Charles Edwin Ponting was born on 20th February, 1849 at Collingbourne Ducis, Wiltshire, the son of Henry Ponting (1823-1901) and his wife, Ann Collard (1822-1871). Henry Ponting was employed as a forester on the Savernake Estate.

Ponting, a quiet and unassuming man, began his architectural career in 1864 in the office of Samuel Overton, who was connected with the Savernake Estate. In a 1924 article for the Wiltshire Archaeological and Natural History Magazine, written when he was 75, Ponting described how the church restorations of Collingbourne Ducis in 1856 (by G E Street) and Collingbourne Kingston in 1861 had made a lasting impression on him. His father ensured that part of his apprenticeship was spent in the masons’ and joiners’ yards on the Savernake Estate. The practical skills that Ponting acquired, together with the theoretical training gained in the office, provided the grounding for his subsequent career.

In 1872 Ponting married Martha Margaretta, Samuel Overton’s daughter. Tragically, Martha died giving birth to twin daughters on 13 July 1873. She was 20 years old. Happily, the twins, Martha and Mary, survived. They never married and both lived with their father until his death. Ponting himself never remarried.

Charles Ponting was a dedicated churchman. From 1897 to 1909 he served as churchwarden at St. Mary’s, Marlborough and also at Lockeridge. An Anglo-Catholic, he was also an office holder in the English Church Union.

During his career Ponting had 17 architectural drawings and designs exhibited at the Royal Academy. He was elected Fellow of the Society of Antiquaries in 1888. Ponting was also a member for many years of the Wiltshire Archaeological and Natural History Society. He became an expert on the history and architecture of Wiltshire churches and wrote 120 scholarly articles for the Society’s journal.

Ponting lived at Lockeridge Cottage, Lockeridge, near Marlborough, from 1872 to 1895. He acted as agent for the Meux Estate at Overton between 1870 and 1888. The Estate was wealthy from the profits generated by the Meux Brewery Company and Ponting designed many cottages and other buildings for the Estate. In 1878 he designed his first new church, St Michael’s at West Overton, paid for by the Estate. From 1896 to 1919 he lived and worked at Wye House in Marlborough.

In 1883 Ponting was appointed Diocesan Surveyor for the Wiltshire portion of the Salisbury Diocese. A portion of the Bristol Diocese was added in 1887 and the Dorset half of the Salisbury Diocese in 1892. It was thought that Ponting was responsible for an area larger than any other diocesan surveyor in England. He resigned the Bristol portion in 1915 and the whole diocese in 1923. Ponting became responsible for the care of some 237 churches; of these 113 were in Wiltshire, with most of the others in Dorset. He also built 15 new churches. Christ Church at Shaw near Melksham, which he built in 1905, is perhaps his finest Wiltshire church. The interior is a virtuoso display of finely crafted timberwork in an Arts and Crafts style.

During a career that spanned 50 years Ponting sympathetically restored many churches. An important early restoration, in 1887, was that of the monastic church of St Katherine at Edington. He preserved the beautiful and unusual Jacobean plaster ceiling of the nave that would probably have been removed in a mid-Victorian restoration. Another careful restoration was All Saints’ at Leigh near Cricklade. The ancient church, with the exception of the chancel, was dismantled and re-erected a mile away. The original stones were numbered individually and the church was rebuilt on the same lines as before.

Besides his diocesan work, Ponting also acted as surveyor to Marlborough College from 1889 to 1921. In 1908 he designed the new College gymnasium which was built on the foundations of the Marlborough bridewell. Some of the cell windows can still be seen at the front of the building, and, if one looks carefully, it is possible to detect the slight bulge in the side walls where Ponting’s additions bond with the original bridewell.

Ponting never deviated from the Gothic style for his ecclesiastical work. For his many secular buildings, however, he felt free to use other architectural styles. Notable examples include: Almondsbury Institute and Memorial Hospital near Bristol (Queen Anne) in 1892; Pewsham House near Calne (Flemish Renaissance) in 1892; Dauntsey’s Agricultural School at West Lavington (Classical Renaissance) in 1895; and of course Marlborough Town Hall (Queen Anne, Carolean) in 1902.

In 1919, due to ill health, Ponting moved to Parkstone, Poole. He called his new house ‘Lockeridge Dene’ in affectionate memory of his early years in Lockeridge village. He did not wholly retire and continued to undertake both secular and ecclesiastical work.

In 1921 he built what was possibly his last church, St. George’s, a chapel at Langham, a hamlet in the parish of Gillingham. The church was a memorial to John Manger, who had been killed in action, aged 20, at Ypres in 1915. It is a charming memorial chapel with a thatched roof and wooden bellcote.

Charles Ponting died at Parkstone on 19th January 1932, aged 82. He was buried with his wife and parents at Christ Church, Cadley, Savernake. Although the church is now a private residence, the churchyard is still a burial ground. The family plot can be found quite easily; it is marked by a granite Celtic cross.

Ponting’s success as an architect owed everything to his energy and business acumen, combined with an ability to integrate with all levels of society, from aristocrat to humble builder. His sensitive approach to restoration signalled a shift from the ruthless attitudes of the Victorians and anticipated the conservation movements of the twentieth century. He stands as a striking example of the rise of a meritocratic society founded on knowledge and hard work.

Thanks to Tony Nicholson for supplying his article, produced on this page.

Langham Chapel was not the only (or even the first) work done by Ponting in the Parish. In 1908 he remodelled the tower, as described on the page looking at the development of the exterior of St. Mary's Church.

- built in 1907, a good example of Arts and Crafts Gothic architecture style (see some pictures).