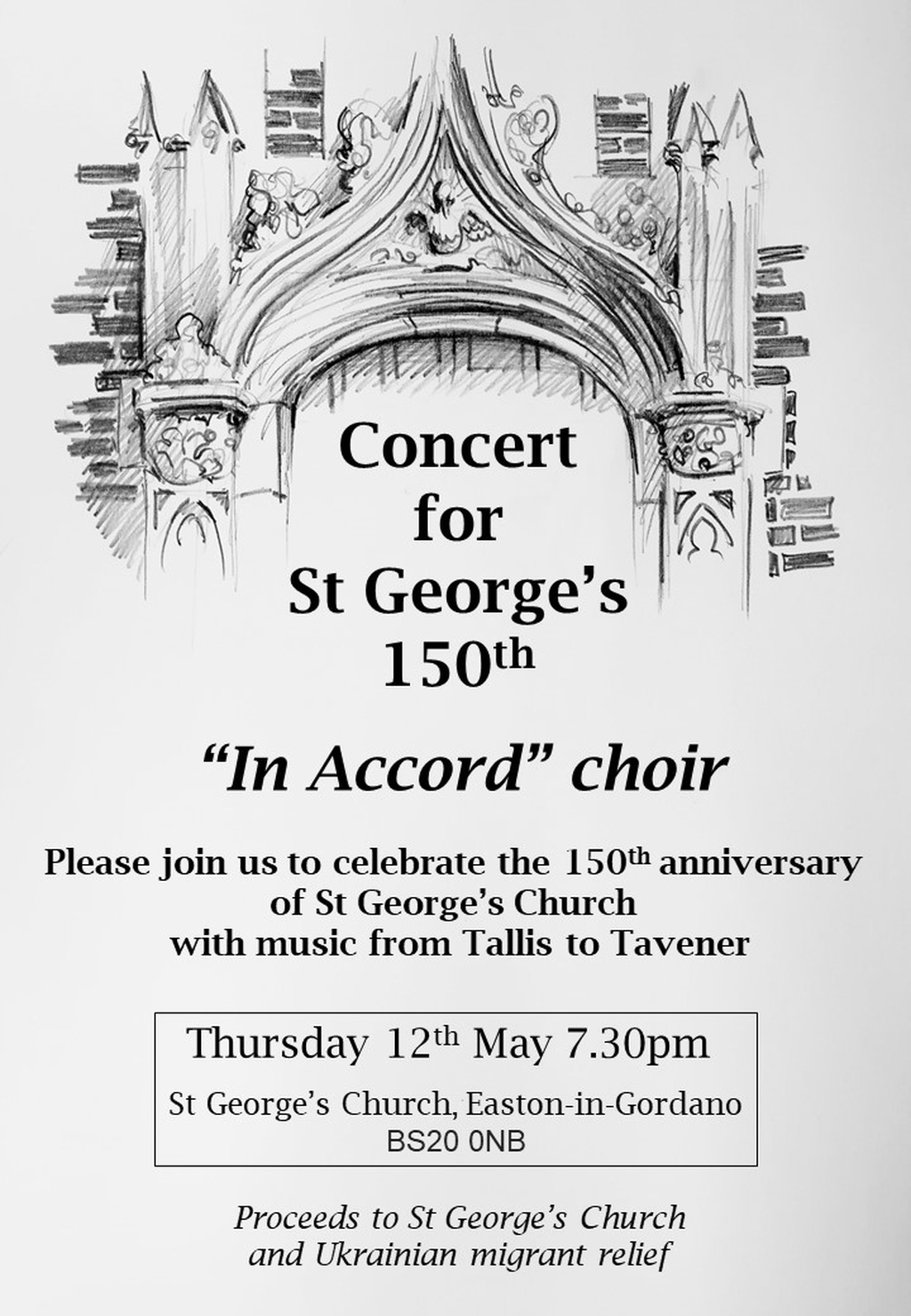 There is a toilet in the Vestry to the left of the main body of the church.

The toilet is accessible for wheel chair users.

A wheel chair ramp for the main (South) entrance is available if required.

A hearing loop is installed.

We usually have 2 or 3 concerts per year, advertised in the Calendar.

A helpful set of notes describing the stained glass windows is available on the table at the back of the church.

The Church Hall (across a football field from the church) or just the Parlour can be booked for regular or casual use. Charges are very reasonable. Own car park. Contact Wendy Moncrieff on 01275-373481 for more information.