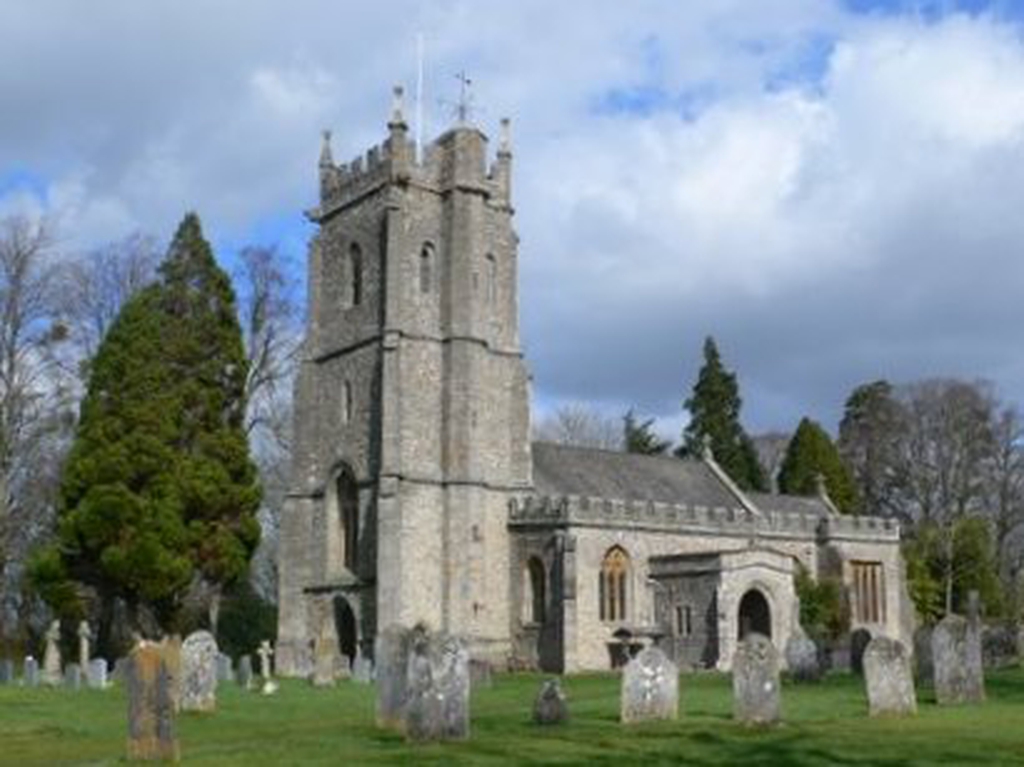 St Giles probably stands on the site a wooden church from Saxon times although its general design and character is 13th century Early English. It was extensively renovated in 1858/9 when the tottering north wall was strengthened and a new roof put on the whole building. The pillars are almost certainly Norman and the organ now occupies the 15th Century North Chapel. The 14th Century South Chapel was a chantry chapel and the blocked up priest's door can be seen from the churchyard. The 18th Century pulpit was removed from St Mary's Taunton and an effigy of a knight in armour in a niche on the south wall is that of Sir John de Merriet, Lord of the Manor and Patron of the church from 1350 to 1391.