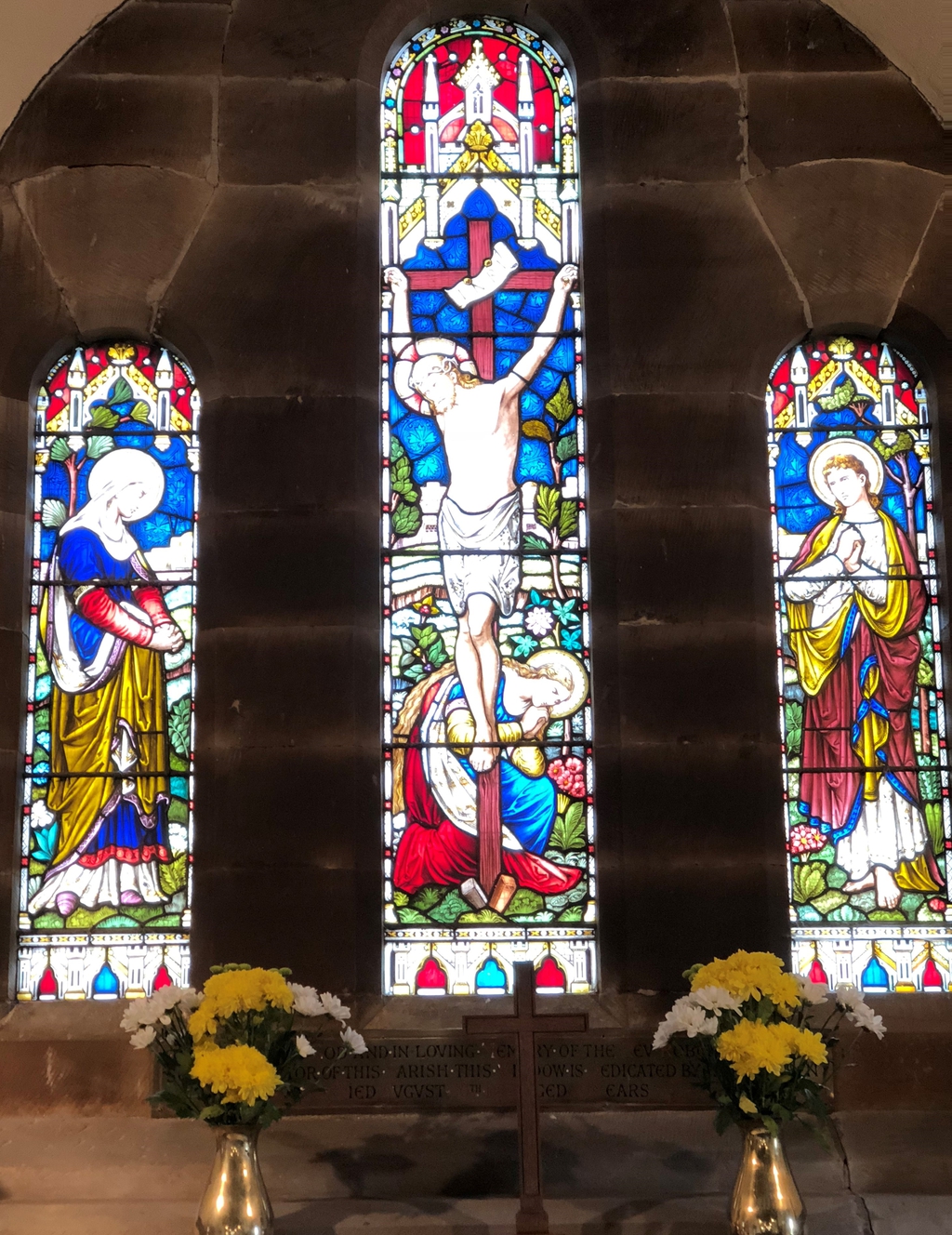 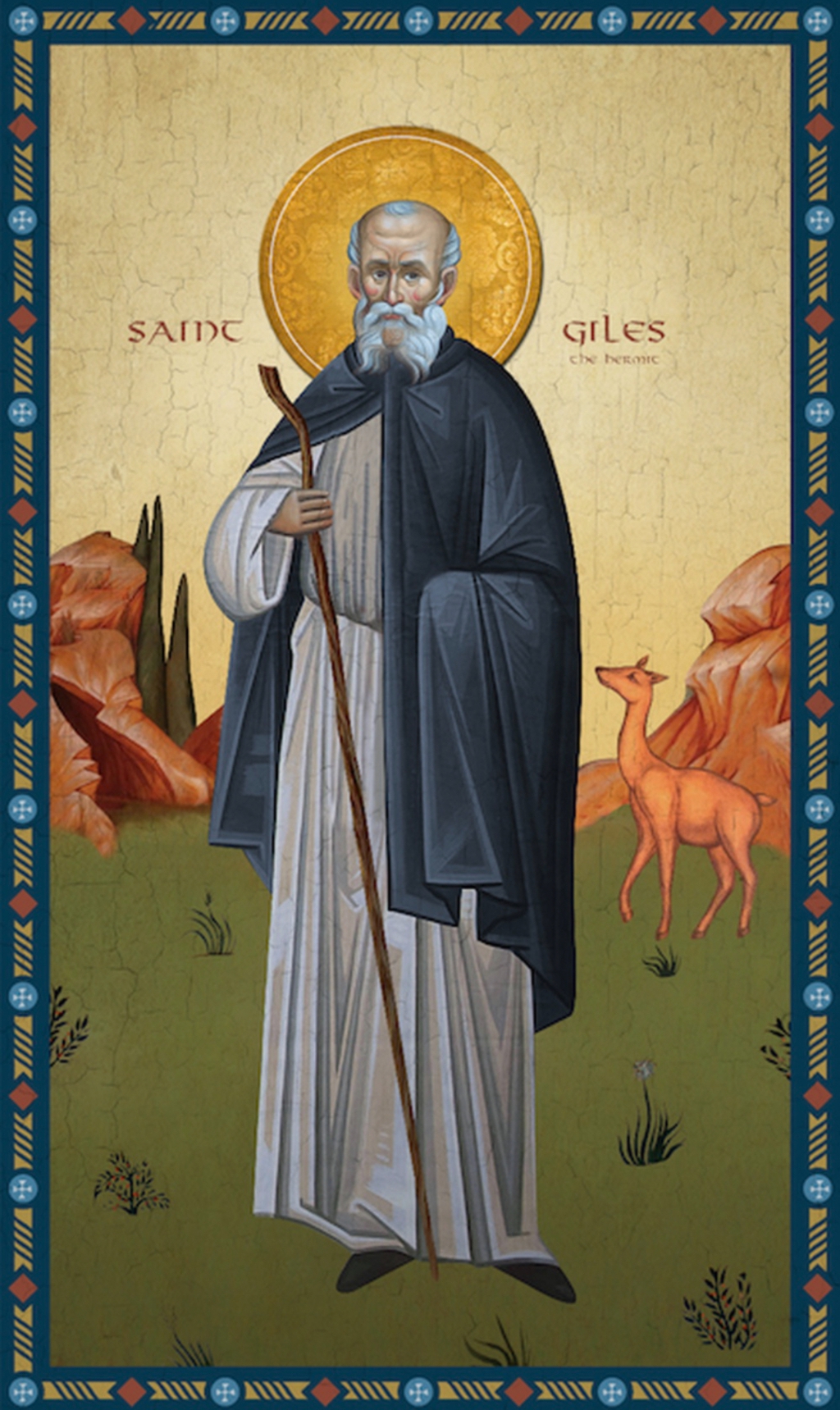 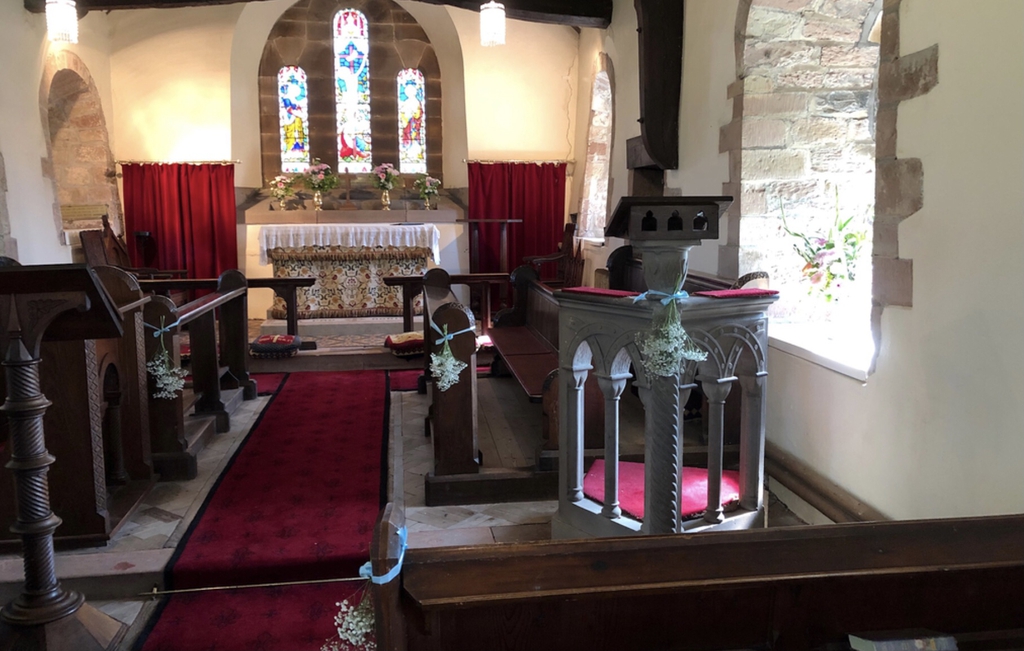 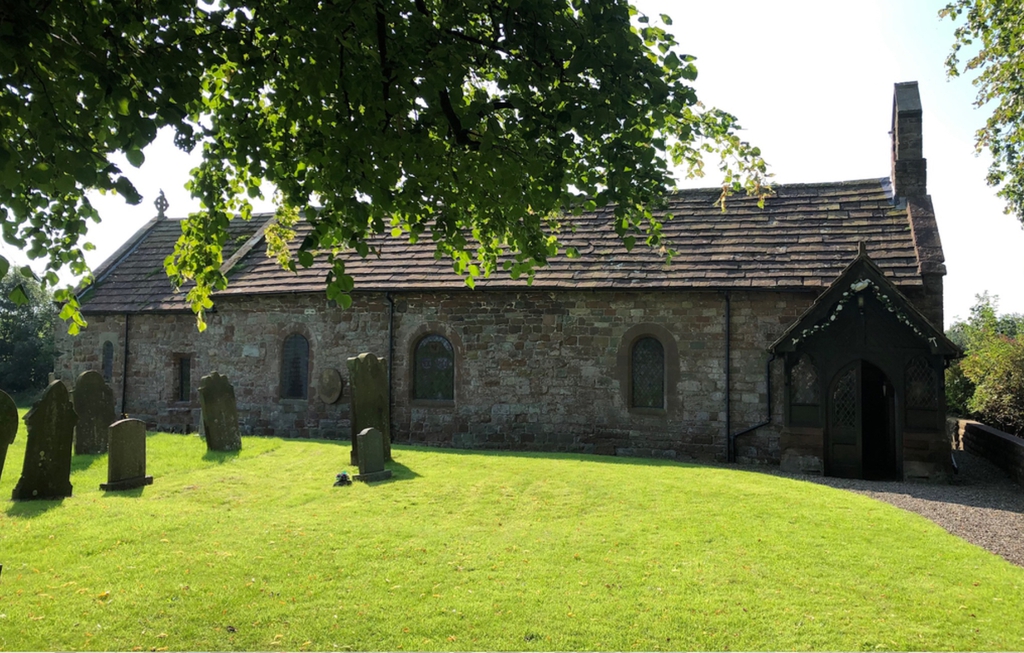 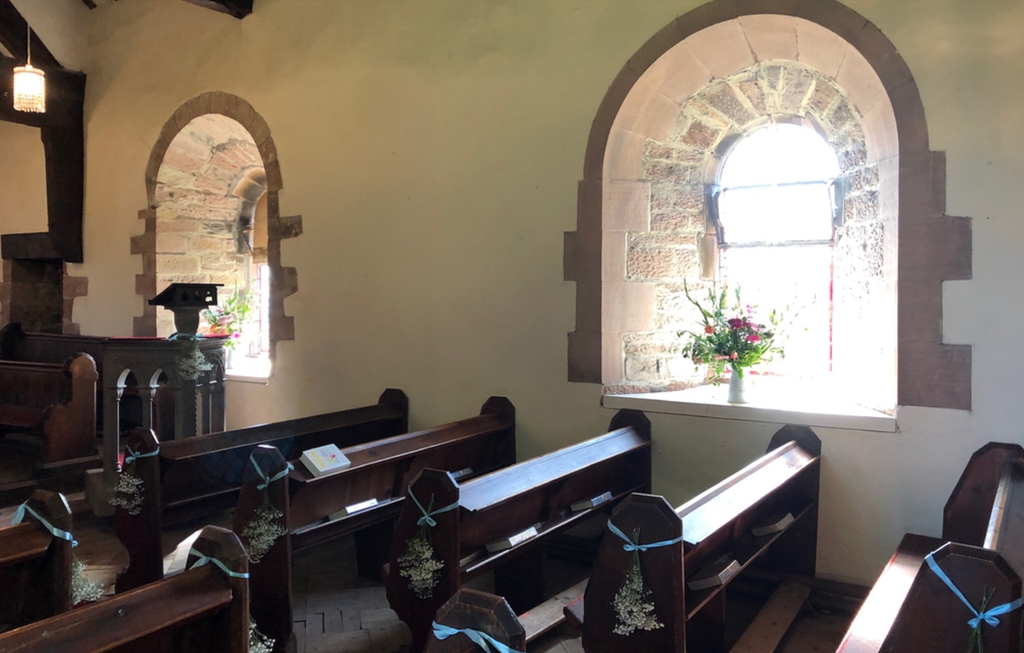 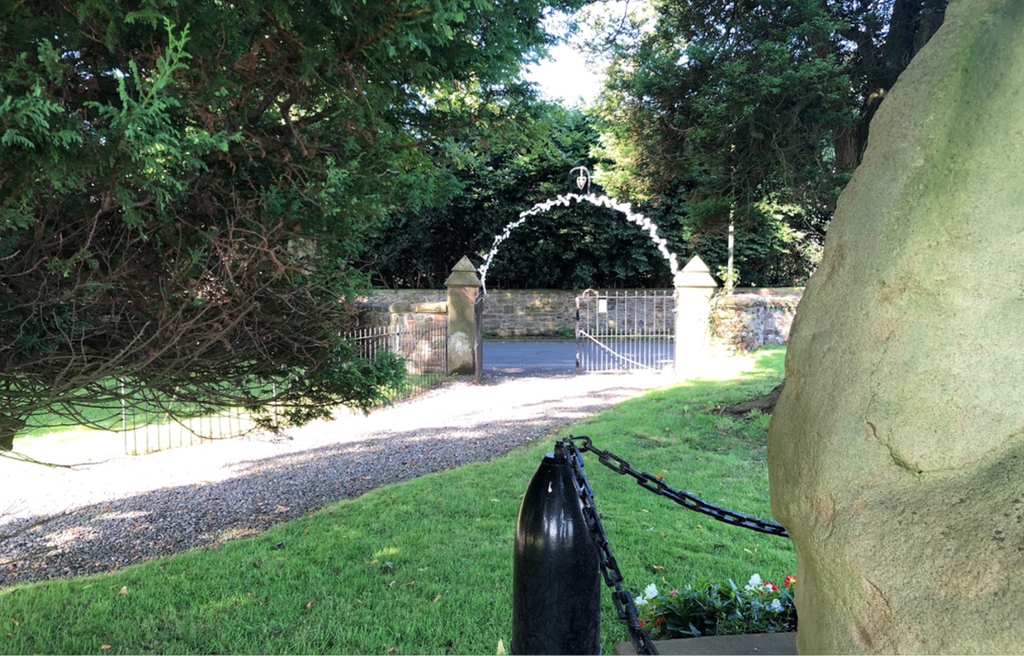 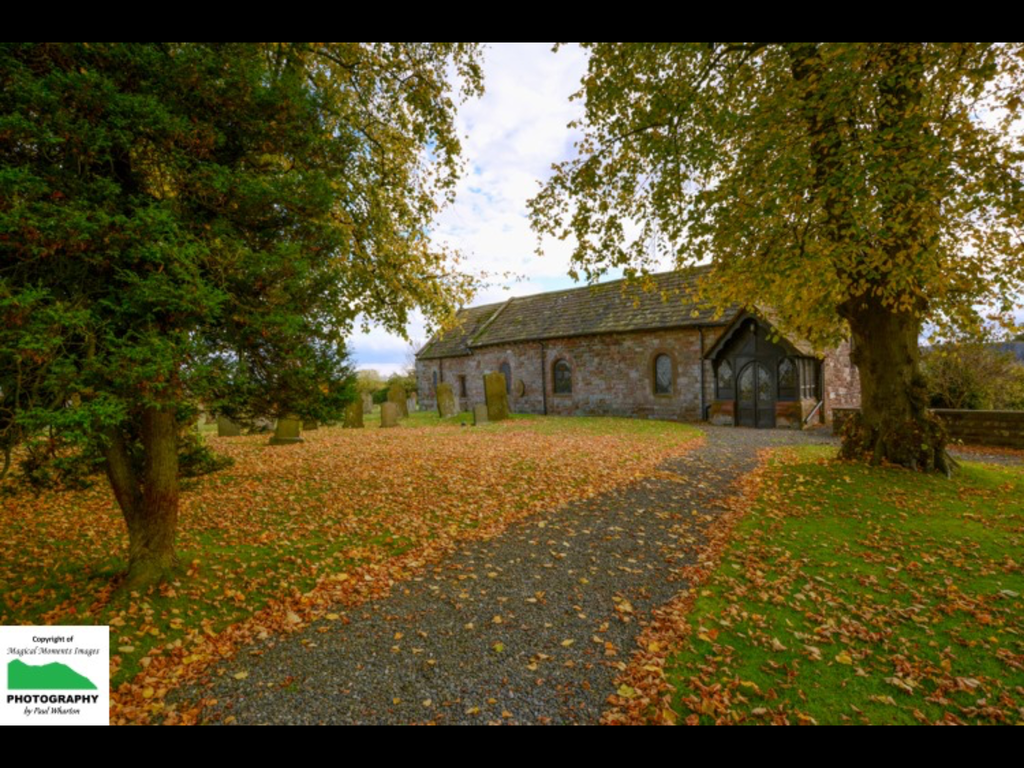 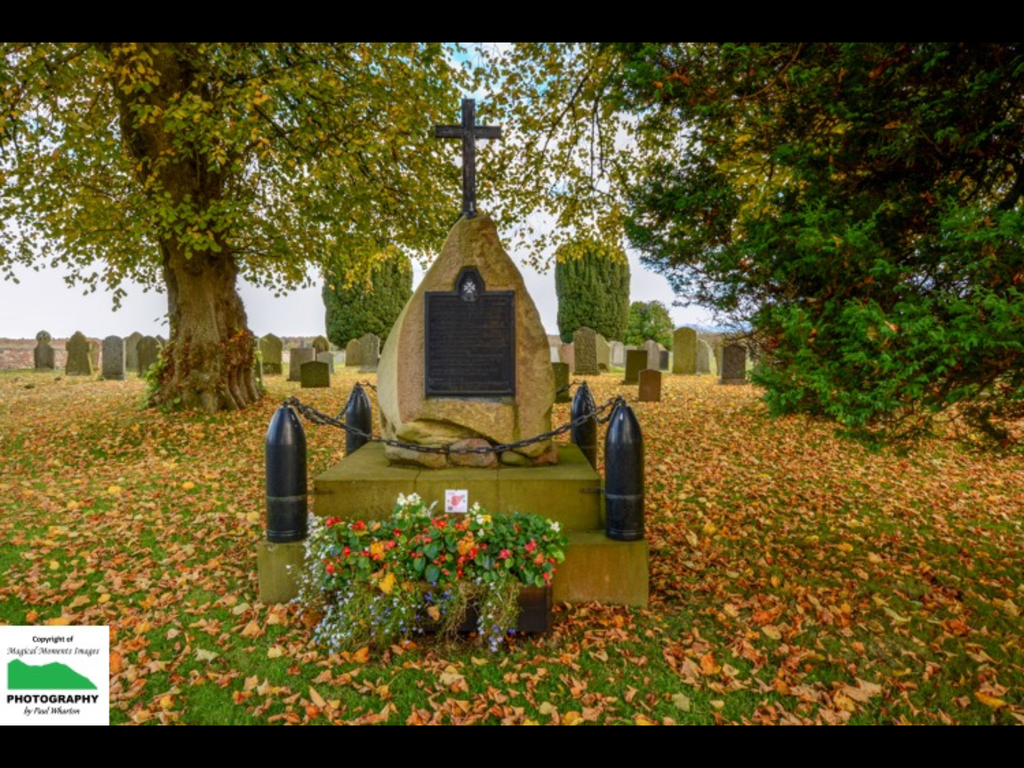 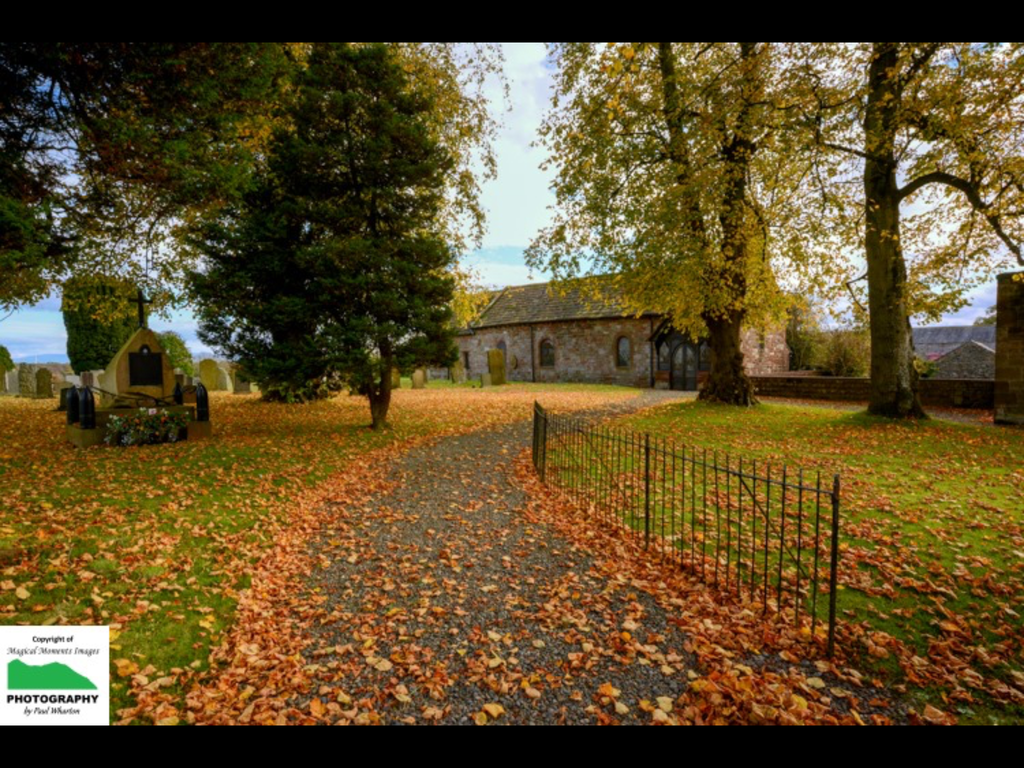 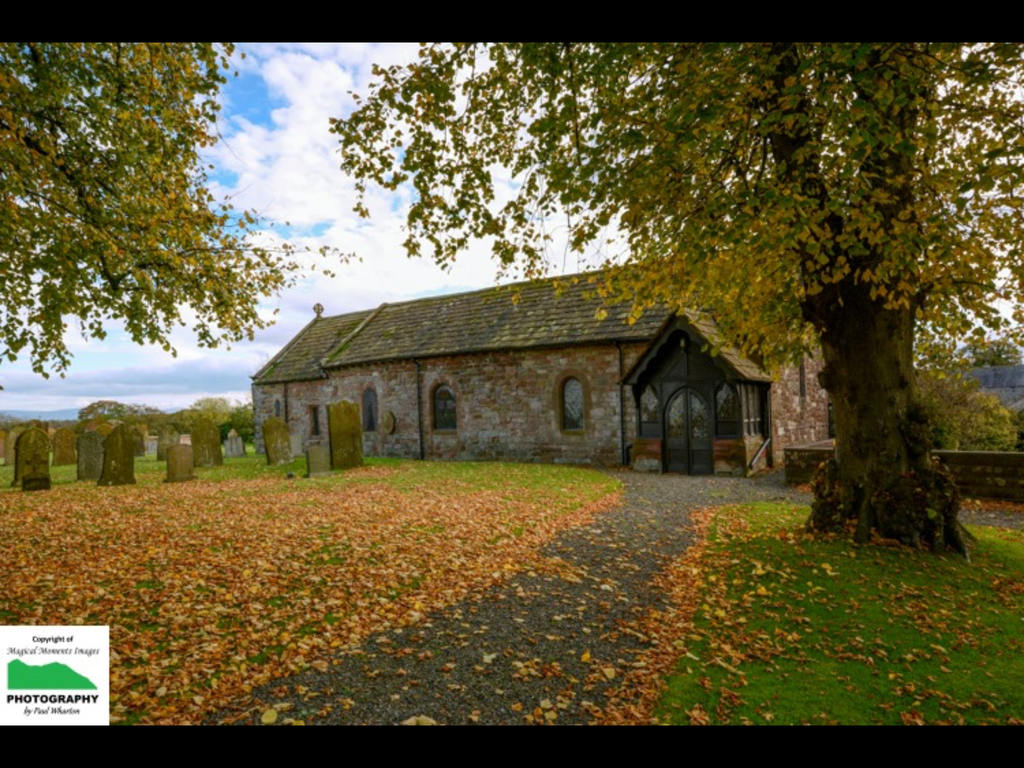 The church of St. Giles in Great Orton was built in 1098 when William Rufus, son of William the Conqueror, was on the English throne. It is the oldest building in the parish and is reputed to be the first church built in Cumberland (aka Cumbria) following the Norman Conquest. It has been the centre of faithful ministry, worship and celebration for the people of Great Orton for over 900 years.

Much of the original Norman architecture has been retained, with some restoration taking place in Victorian times and again in the 1980s.

The church is a Grade II* Listed Building.

St. Giles is built of irregular coursed, dressed, grey and red sandstone blocks from Hadrian’s Wall. The church is of simple design with chancel and nave. Two wooden beams above the chancel, as well as two Norman windows of the sanctuary (east end), are thought to be original. However, the windows in the nave appear to have been enlarged during the 19th century alterations. The original chancel arch and dividing wall are assumed to have been removed at the time of restoration in order to improve the liturgical arrangement. The three foot thick walls are of ‘navis’ design representing a ship or ‘The Ark.’

Externally, marks made by the original masons can still be seen. The pitched roof is stone flagged over an exposed roof structure. The western wall supports a single bell dated 1752.

The church building underwent an extension and refurbishment in Victorian times.

A further extension on the west end of the building took place in the mid-19th century, when an adjoining school room was demolished. At that time stained glass windows of special interest were added. The west window is in Arts & Craft style by Campbell, Smith & Co. 1886. A more recent window depicting and dedicated to St. Giles was added in 1955 by Millican, Baguley and Atkinson of Newcastle upon Tyne.

The font cover, designed by a previous long serving incumbent, was carved by a parishioner and bears a Greek palindrome translated to mean ‘wash not only my feet, but my sins’. Other items carved by the same craftsman are the lectern, and choir stall ends.

The porch was added to the north side entrance around the turn of the 20th century. Another doorway on the south side of the chancel is thought to be the original entryway.

The Bellcote (recently restored) at the west end houses a 17-inch diameter bell dating from 1752, with the names of the two Churchwardens of that time embossed on the rim.

The Churchyard is accessed from the north west side through double gates under a metal arch. The gravel driveway provides level access with no steps between the road and the interior of the church.

Due to the close proximity of the English/Scottish border, the area has experienced a turbulent history with frequent raids and destruction. As such, little written history has survived; nonetheless, church records remain almost complete from 1538 to present.

The church is typically open for visitors year-round. Visitors of all faiths, or none, are welcome for prayer or to discover more about our local history and heritage. Access is by a level gravel walkway with no steps between the road and the interior of the church. There is an adjacent church car park.