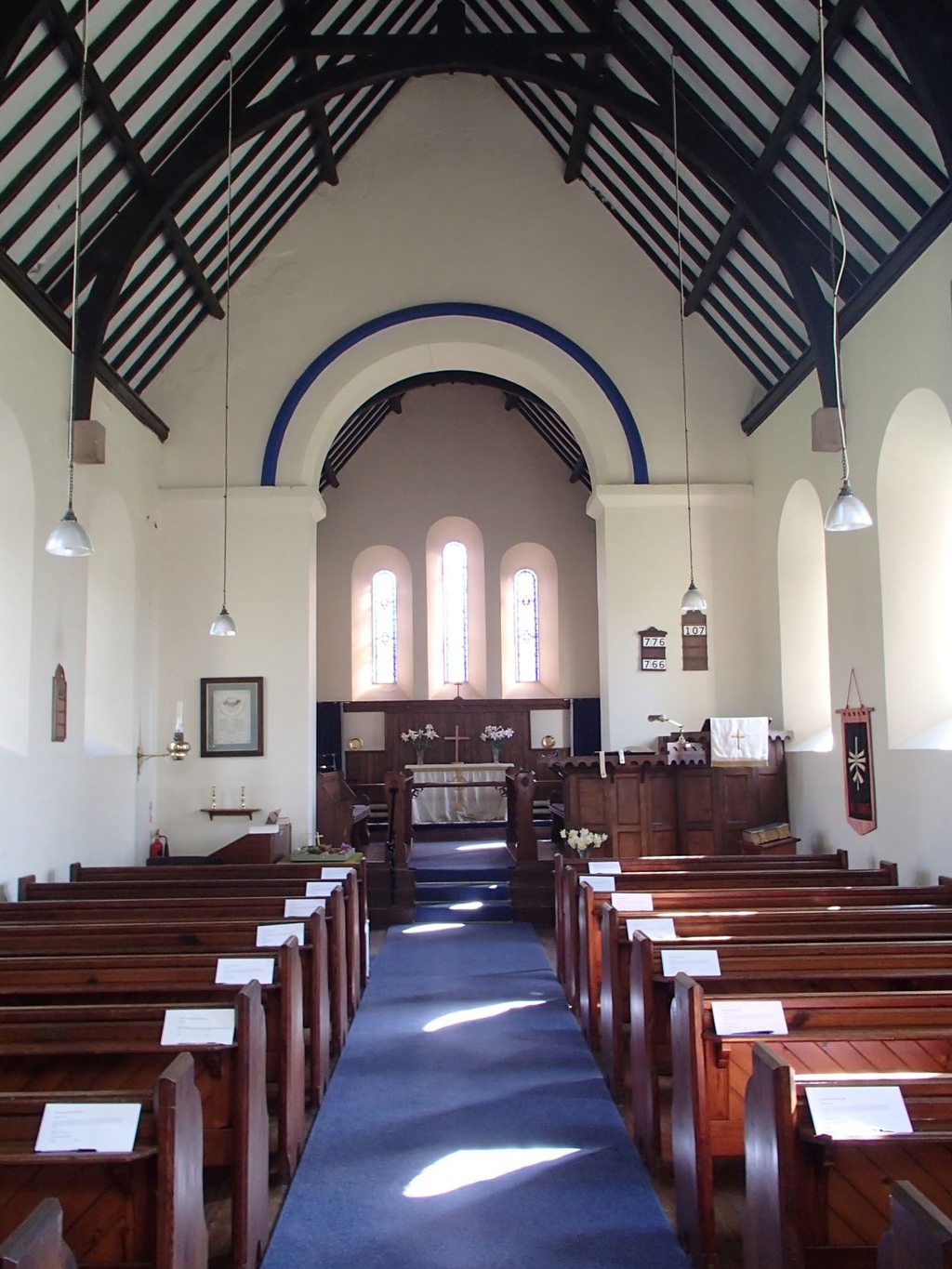 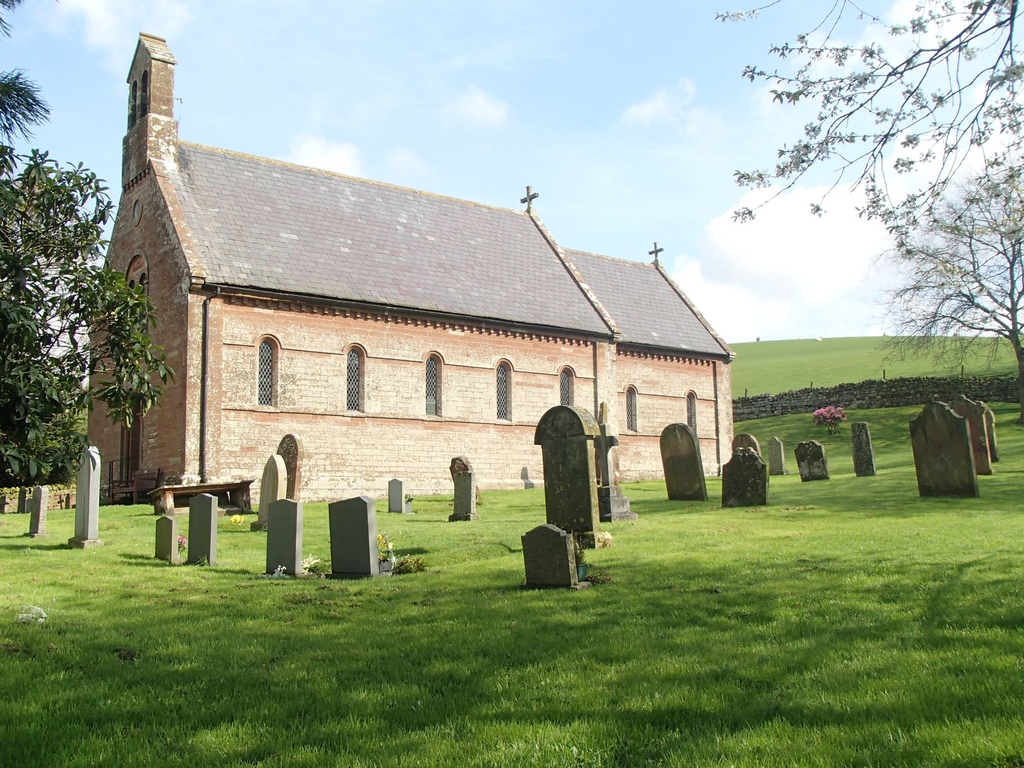 A church has stood here for at least 750 years, and probably much longer - the present building, consisting of chancel, nave, and bell-gable with two bells, being perhaps the fourth.
It was designed by the incumbent John Watson, and built at the expense of the local inhabitants in 1845, when the village was thronged with miners (who were exploiting the coal seams on Renwick Fell), publicans, and tradesmen.
Pevsner dates the double pulpit (for preacher and parish clerk) to 1735. The bell seen in front of the pulpit is mediaeval - perhaps it was rung by James of Lancaster, an excommunicated monk, who in 1362 had "left his cloister and lived wantonly in Renwick". Church registers date from 1649.
Now Renwick, as in 1250, is a home for farmers raising sheep and cattle, and others who value the tranquillity of this unspoilt corner of England. Always beautiful, Renwick has not always been tranquil. The Romans built a road through here to supply their frontier garrisons; and Norsemen settled here too. The wars Edward I waged with Scotland (circa 1300) triggered 300 years of unrest. In 1642/51 Renwick men fell for King Charles at Rowton Heath, Wigan and Worcester. Legend holds that John Tallantire, perhaps about 1610, slew a cockatrice here and won perpetual exemption from tithes.
Our history is richly recorded in the archives of Queen's College, Oxford,  founded in 1341 by Robert of Eaglesfield, a Cumbrian who endowed his foundation with the manor of Renwick, and also in episcopal registers from the 13th century. The results of recent research are on display in the church.