A History of All Saints 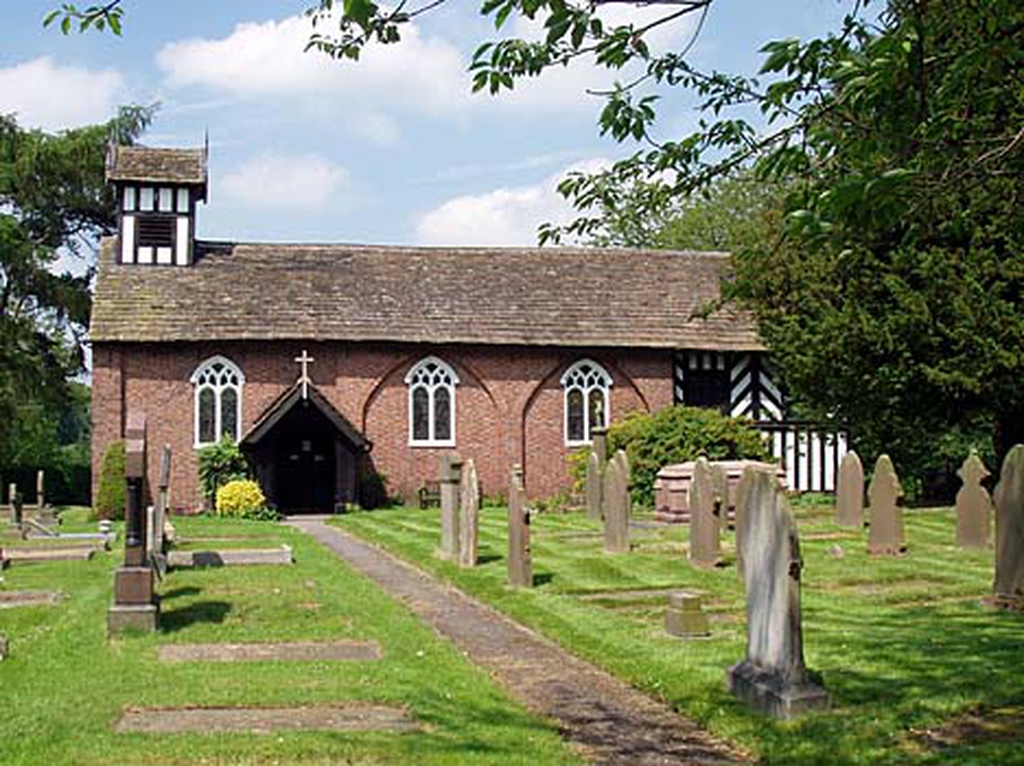 A History of All Saints

Although the exact age of the building is unknown, records at Prestbury Church mention a chapel at Siddington in wills dating from c. 1337 and 1474. What is absolutely certain, however, is that it was first consecrated for preaching in 1521.

In 1721 a licence was granted for burial in the churchyard and baptism, but it was not licensed for marriages until 1883.

The church has a timber frame, filled with wattle and daub plaster, with a thatched roof for much of its life, but unfortunately sometime in the 1700s it was decided to reroof the building with Kerridge flagstone slabs which are enormously heavy and caused the long walls to bulge. As a result these were encased in a brick “sandwich” in 1816, and there are drawings in church showing the plain plaster walls after this had been done, and before the pattern of the timber frame was painted on. Just to the left of the South door (the one most usually used), at ceiling height, it is possible to see the top of one of the carved wooden pillars, made from single pieces of oak, that still line the whole building.

Immediately facing the South Door is the “Animal Window” commemorating the famous Animal Services, started by Canon Archie Douglas, and held each June in the churchyard for some 30 years.

Nowadays the church is known to many as the Corn Dolly Church thanks to the fabulous displays of this traditional craft made by the church’s Emeritus Reader, Raymond Rush.

When a font was placed in the church in 1792 two men from Gawsworth were threatened with excommunication for interfering with its installation! The present font was installed in 1853, (and the old one sold for 10 shillings!) The Pulpit was probably once the top section of a “Three Decker” from Marton Church, and has a date of 1633 carved on it. The reading desk might also be from this structure.

The screen between the main part of the church and the choir stalls dates from the 1300s, and it is still possible to see the marks of the adze woodworking tools used to shape it. Behind the left hand set of choir stalls in the Chancel are two low windows which are thought to have been “Leper windows”. These would originally have been unglazed, and allowed the diseased to watch the services from outside.

Outside the church door is a grade 2 listed preaching cross.

With its long history and Grade 2* Listed Building status, this Church remains at the centre of a lively worshipping community, with services each Sunday at which you will be very welcome.

Lots of photographs of the church can be seen on the website Siddington Church.