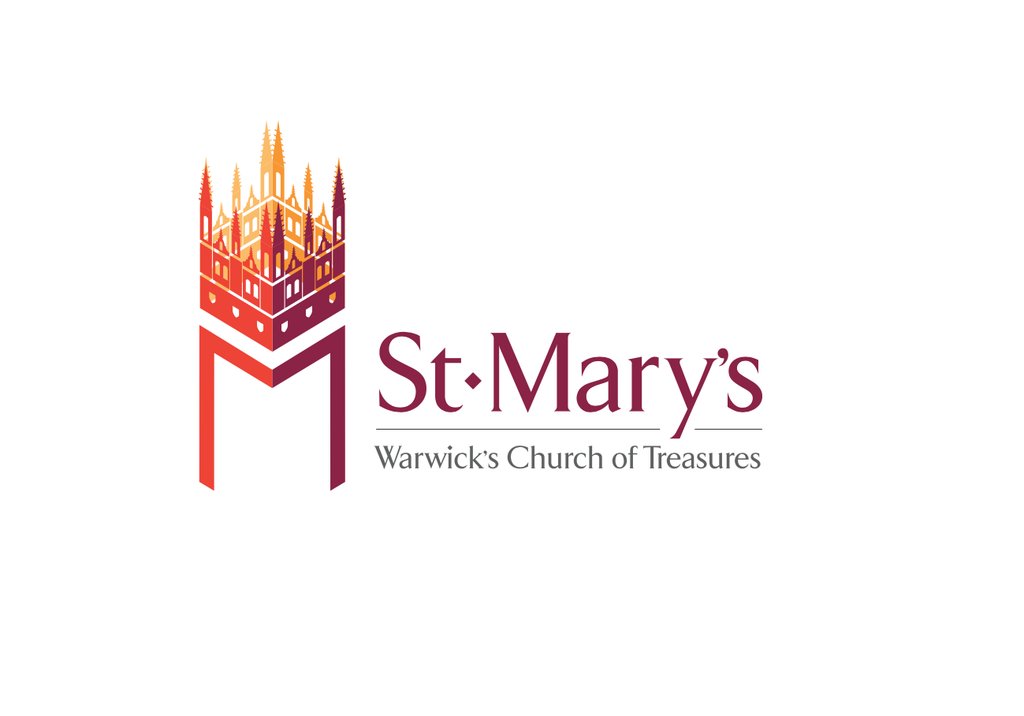 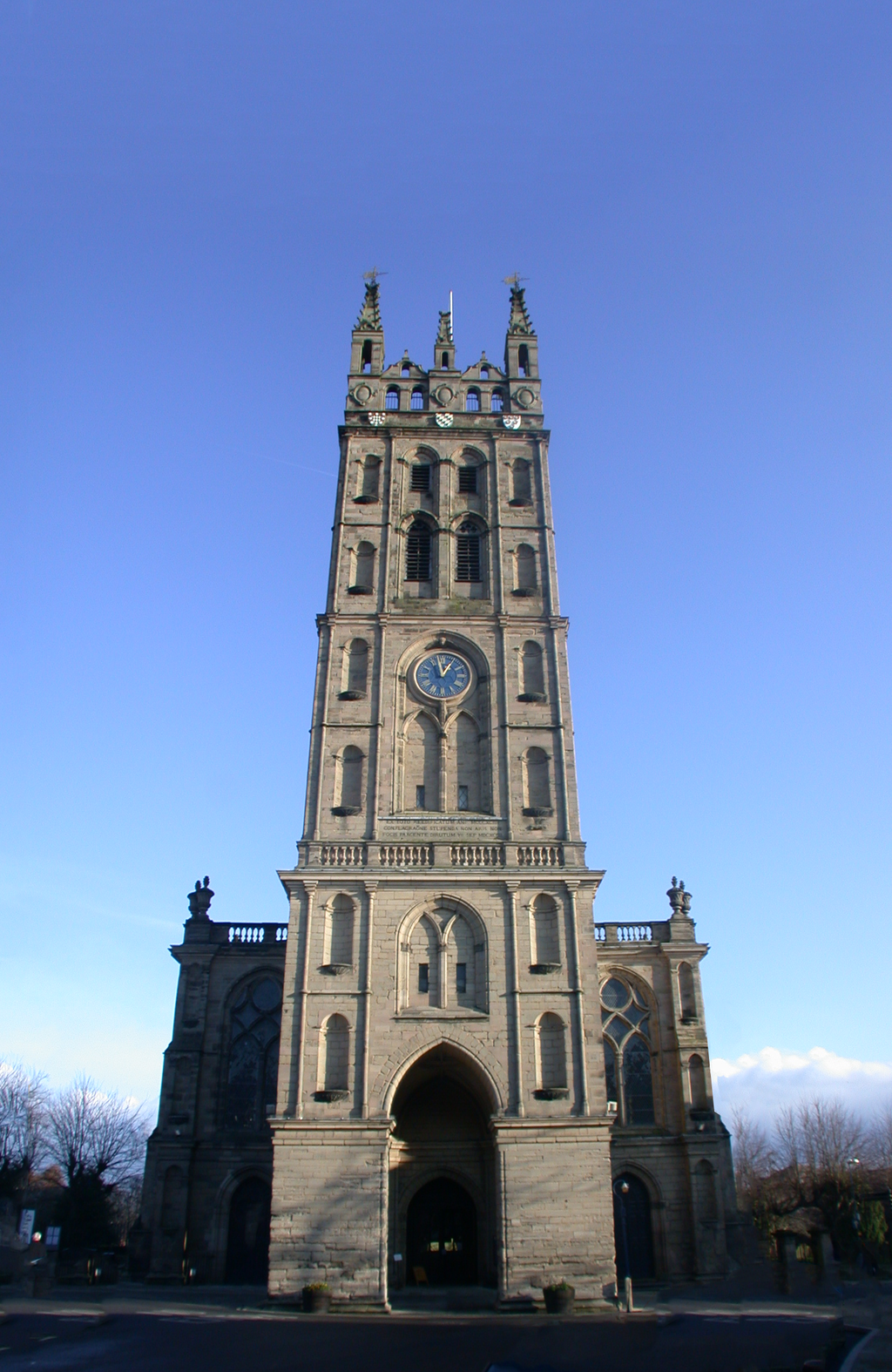 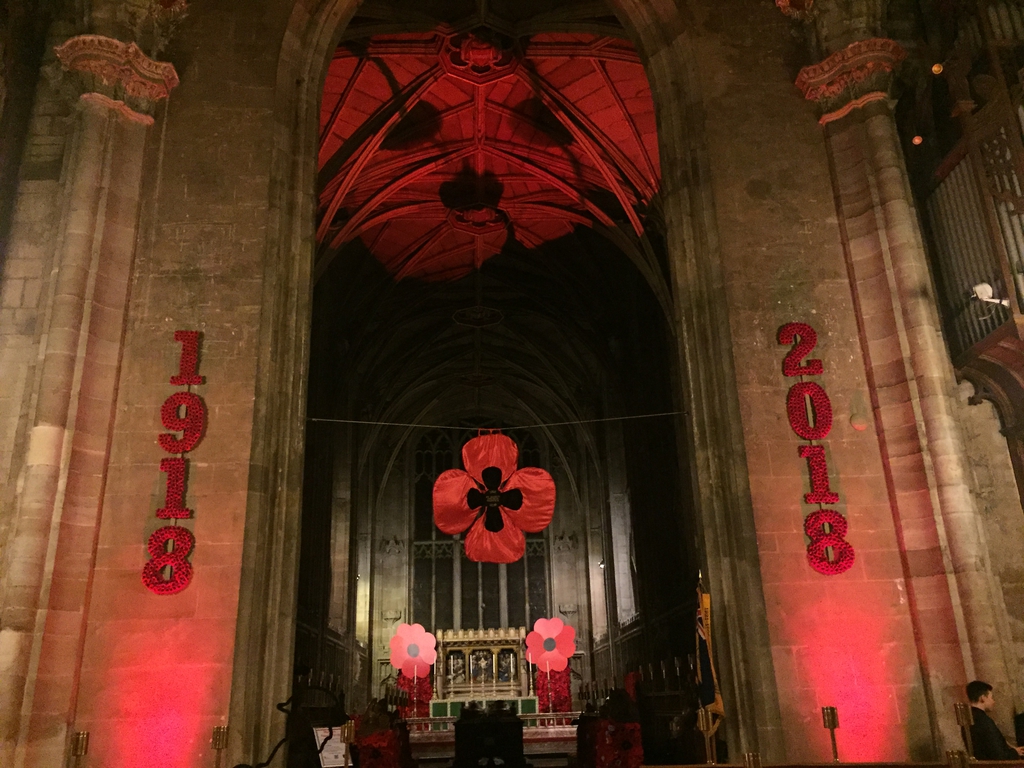 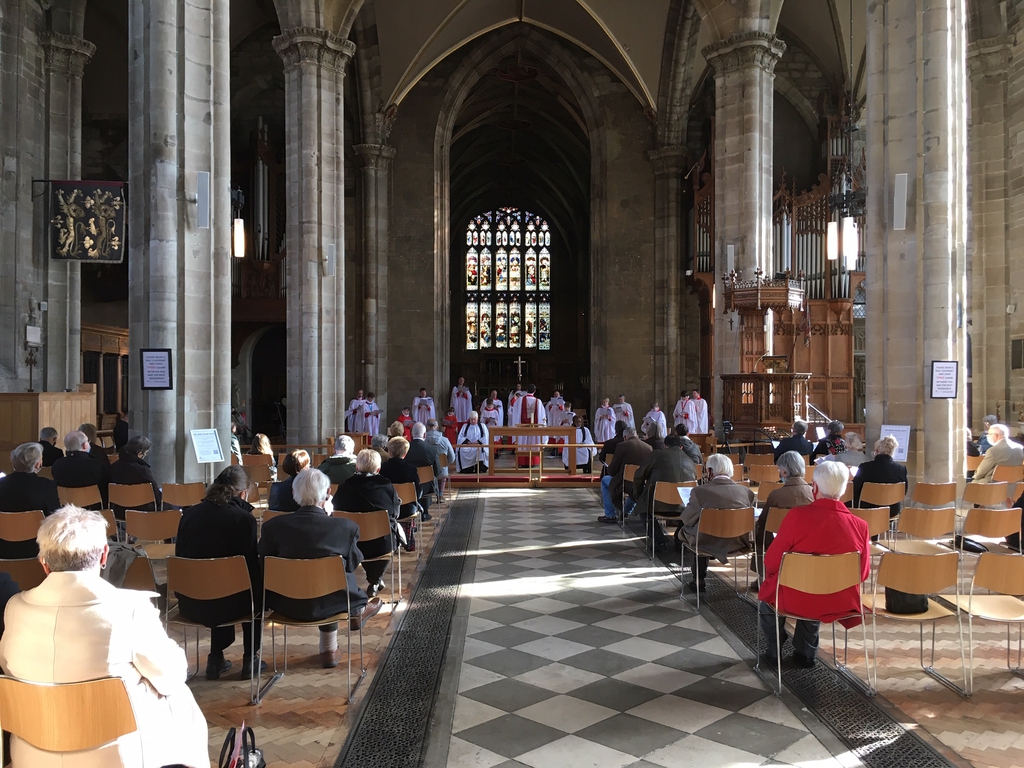 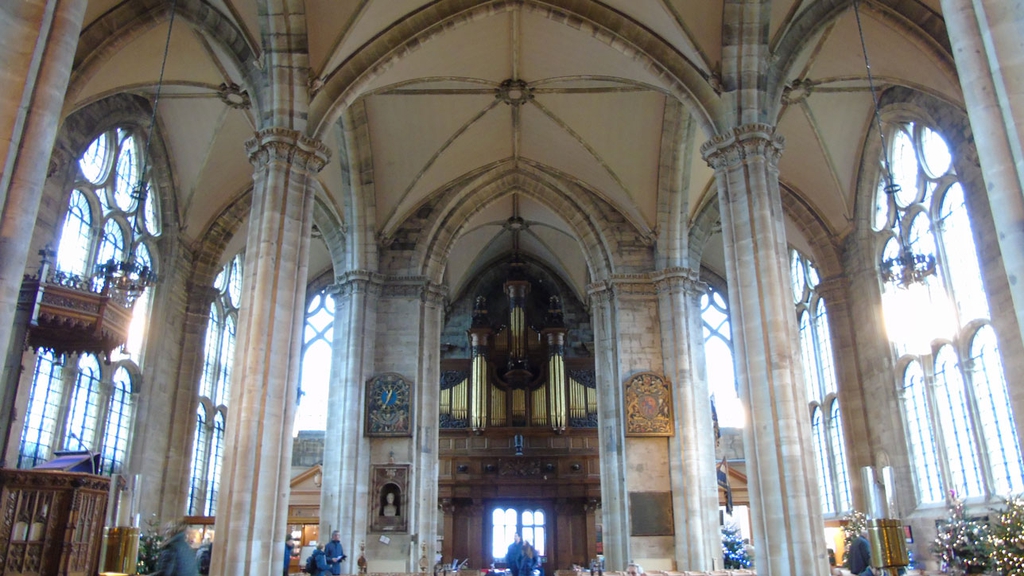 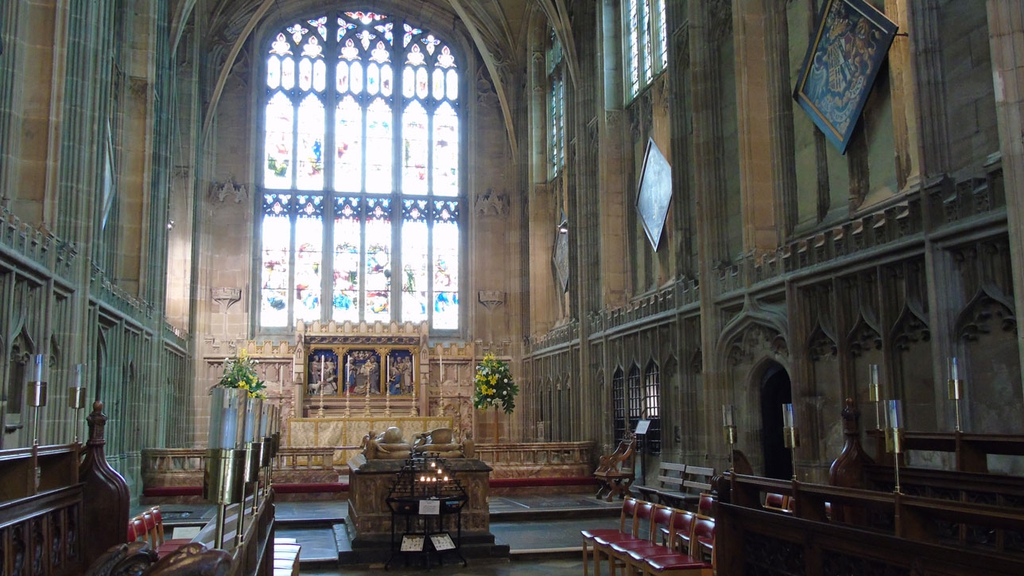 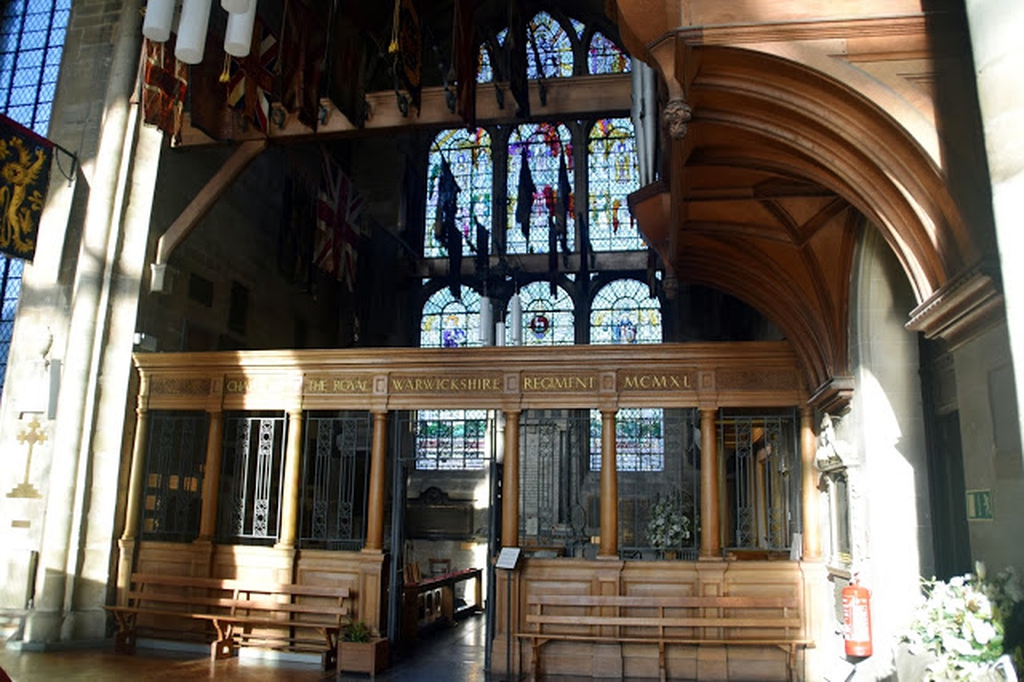 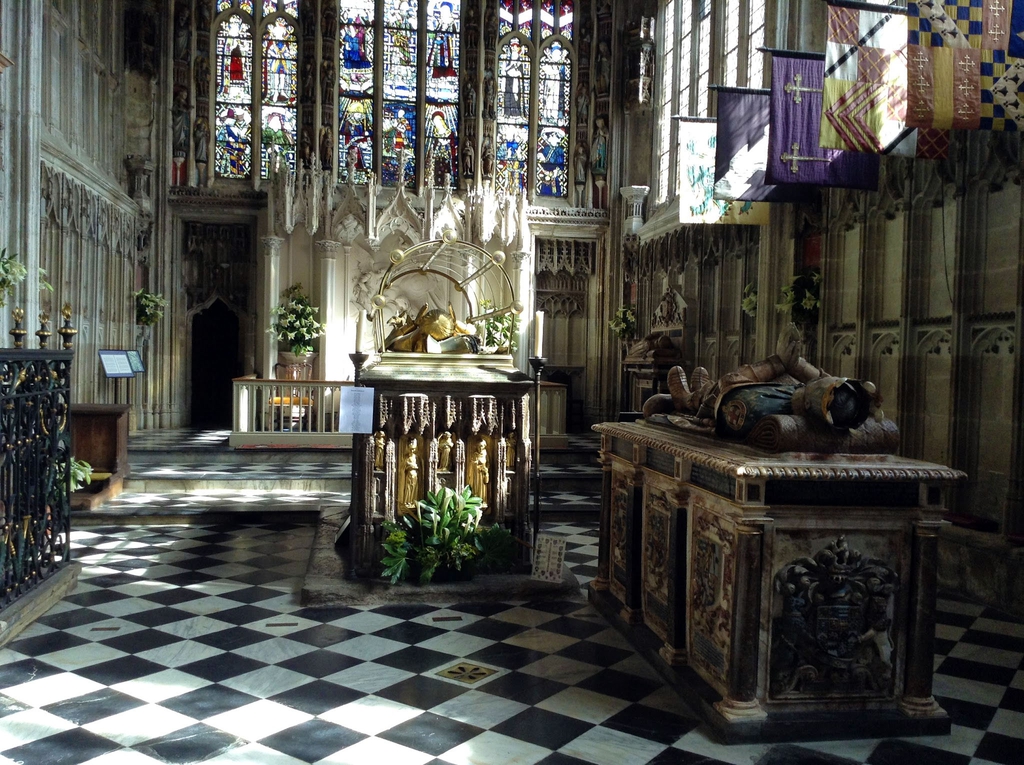 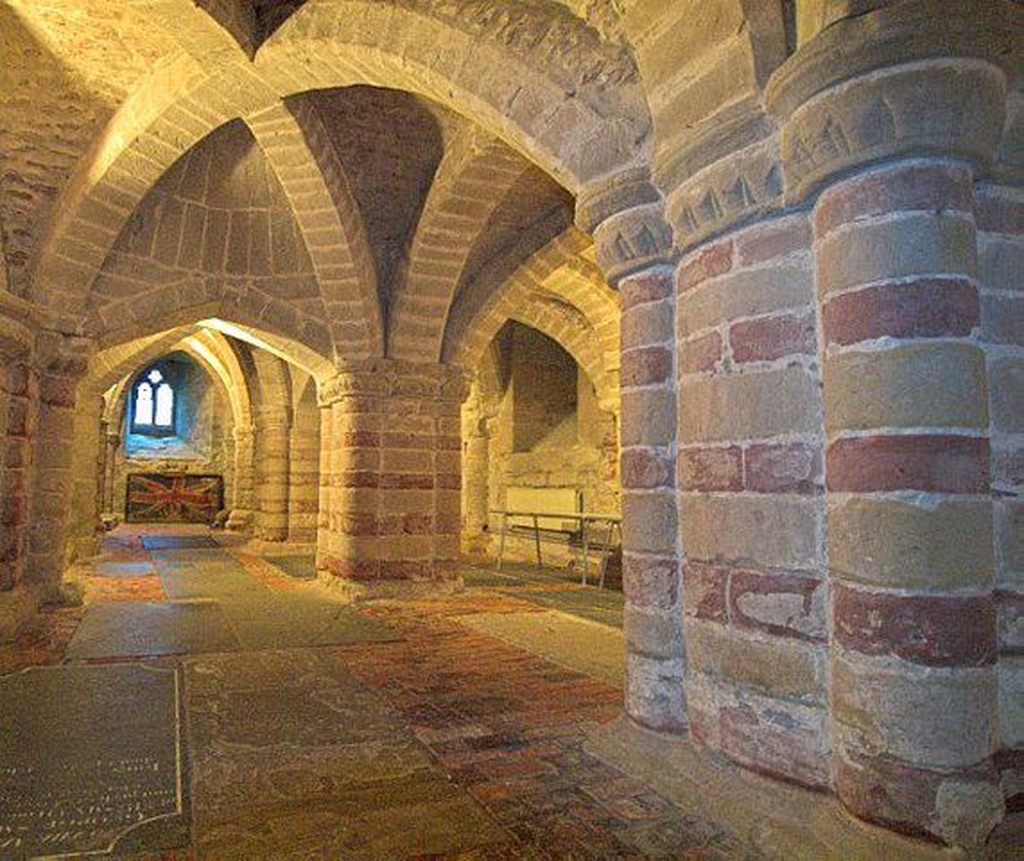 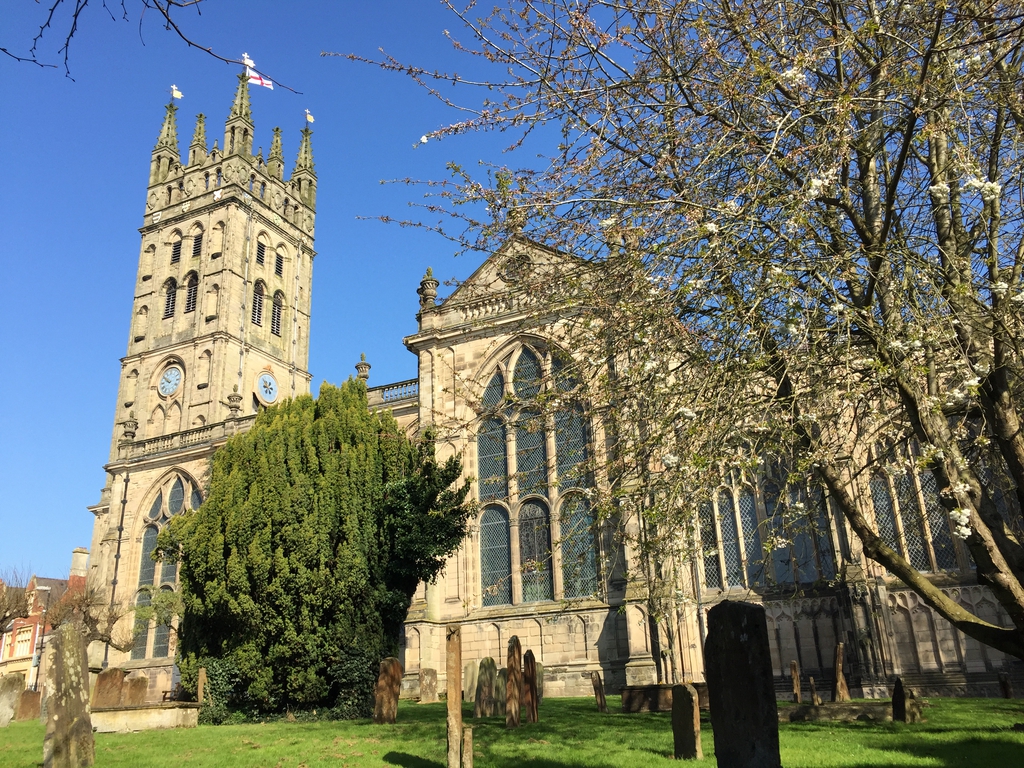 November 11, 2018 was the Centenary of the Armistice that ended the fighting in the First World War. It was marked around the world with solemn ceremonies, church services, special TV programmes and newspaper coverage, and community tributes to The Fallen.

Warwick marked the occasion in a number of ways, with the centrepiece being a spectacular display of poppies decorating the Collegiate Church of St Mary. The display was planned well in advance and organised by a volunteer group, ‘Warwick Poppies 2018’. They wanted to gather together hand-made poppies for every one of the 11,610 members of the Royal Warwickshire Regiment who died in the conflict.

Responding to the appeal, organisations, schools, and families from Warwick and far beyond spent months knitting, crocheting or making poppies out of felt, cardboard, metal and more. The target number of poppies was soon exceeded and when the commemoration was unveiled on October 5 2018, there were an amazing 62,438 poppies decorating the church. Many were sent from abroad by family members living in Australia, the USA, Canada and even Malawi. Apart from a small number retained in St Mary’s, very many thousands have found new forever homes throughout the world.

The Warwick Poppies 2018 Facebook page provides background information on the campaign and you can find out more about the Warwick fallen of World War I at www.warwickwarmemorial.org.uk.