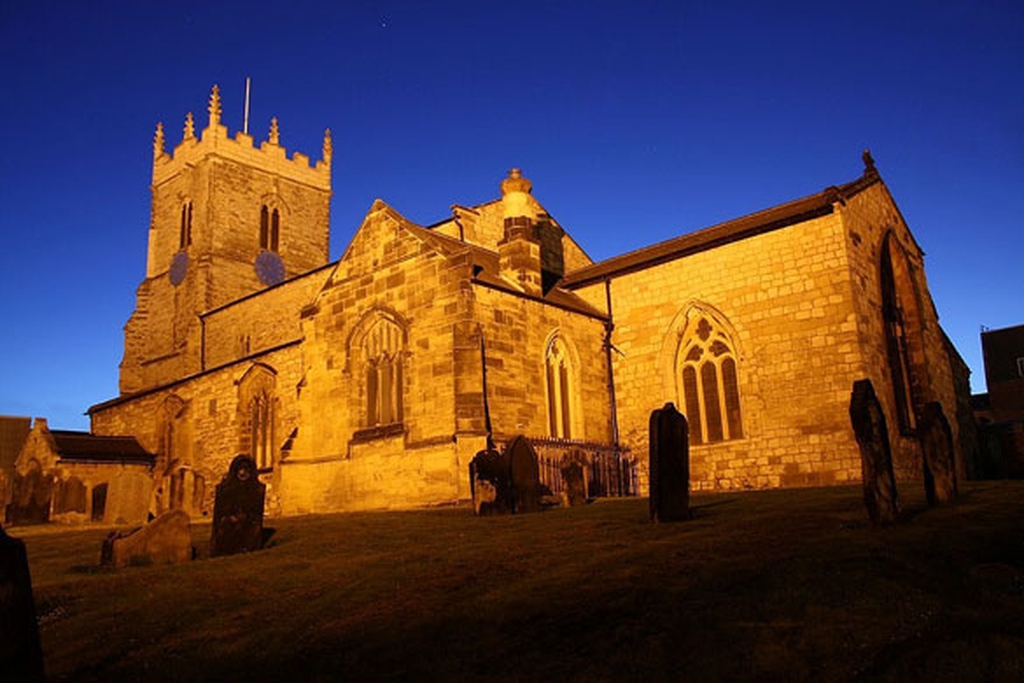 The Parish of Stranton is part of the Church of England Deanery of Hartlepool, in which we are linked to the other 11 Anglican parishes of the town. Stranton Parish is part of the Diocese of Durham, the Church of England nationally, and the Anglican Communion of similar churches across the world. We are also a member church of the Evangelical Alliance.

As well as having close links with other local Christian churches, All Saints is also a member of Hartlepool Town Centre Churches Together, and we are members of a Local Ecumenical Partnership with St Luke’s and Grange Road Methodist Churches, St George’s United Reformed Church, and St Joseph’s Roman Catholic Church.

No-one knows for sure how old Stranton Church is. The central part of the present building dates back to around the twelfth century. It is highly likely that there was a previous building on the site, and a recent archaeological survey concluded that large stones in the wall of the nave are Saxon in origin.

In medieval times, the historic parish of Stranton covered almost the whole of what is now Hartlepool, except for the old town of Hartlepool on the headland (St Hilda’s parish) and the village of Hart to the north-west.

The church stands on this ancient site on a hill easily seen by anyone traveling north into Hartlepool on the A689. Stranton (‘the town on the shore’) was the old Saxon village where, until the mid nineteenth century, white-washed cottages surrounded a green. There was a pond, a vicarage, and mill with the church on the hill. The sea – much nearer in those days - washed the shore to the east.

Robert de Brus granted Stranton's patronage to Gisborough Priory about 1120. The vicarage was ordained before 1234 and Stranton appropriated the Priory. This meant the tithes [or income] went to them. After the Dissolution of the Monasteries, in 1536, Henry VIII took over the patronage for the crown which it retained until 1607 [James 1] when Philip Chewte and Richard Moors were granted the Rectory. Later still it became the gift of the White Ridleys, then Mr. Tom Robinson. It is now in the gift of St. John's College, Durham.

There is a vicars' board on the north wall of the nave. The first name on the list is Richard de Topcliffe, 1312, but there were others before him whose names are not recorded. The present incumbent is the Rev Dr Norman Shave, who arrived in 2012.

Like many English churches Stranton is a mixture of styles and stonework. Apart from the Saxon stonework in the nave, the oldest part of the building is the twelfth-century semicircular arch in the east wall behind the Communion table. About 1280, a north aisle was added; the tower arch and a north arcade were built. Then in the fourteenth century, the chancel was reconstructed, the south aisle added, the tower remodeled and the upper part built.

In Victorian times, two vestries were added to the north side of the building: one is now the choir vestry and the other the kitchen. The organ chamber was also built to house the fine Abbott and Smith organ (1889).

The building has continued to develop in recent years. In the 1980s, the Fulthorpe Chapel was screened off from the chancel and has become a well-loved place for meetings. The vicar's vestry is now under the tower where it was placed in the early 1990's at the time when the gallery was built in the tower. It now doubles as a crèche – a sign of the way this ancient building continues to evolve to meet new needs.