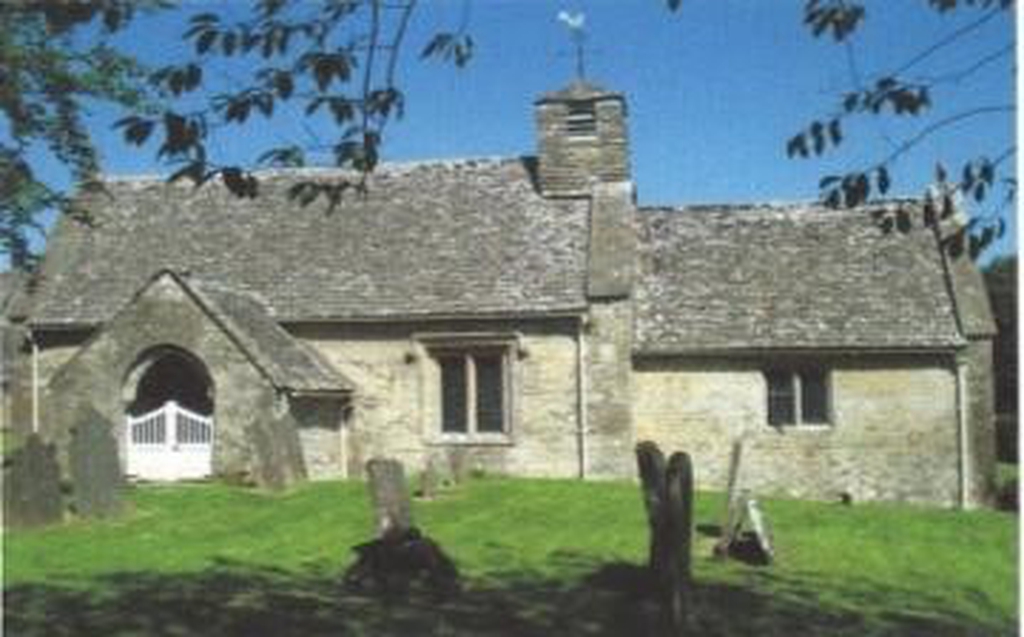 The church is a Chapel of Ease to St Lawrence in Bourton. It is a small, intimate 12th century building, conducive to prayer and quiet contemplation, and being one of the smallest churches in Gloucestershire, seats only 45 people comfortably.

The church is well known for its 13th century inscription carved onto the northern part of the Chancel arch. In the 17th century there was a move to pull down the church but the local parishioners appealed to the Archbishop of Canterbury. Although no record of the reply is known, the church is still flourishing.

Two services are held regularly each month; Morning Worship and BCP Communion both at 9.30am. In addition Clapton usually holds a Benefice service in July or August which often attracts 100 plus people and is held in a local barn with lunch being served afterwards.

As in the past, when pilgrims faithfully stopped to pray on their way to Evesham Abbey, walkers from all over the world find us open today.

Together, the village of Clapton and St James' Church offer a peaceful sanctuary.