Bells (and their Ringers) 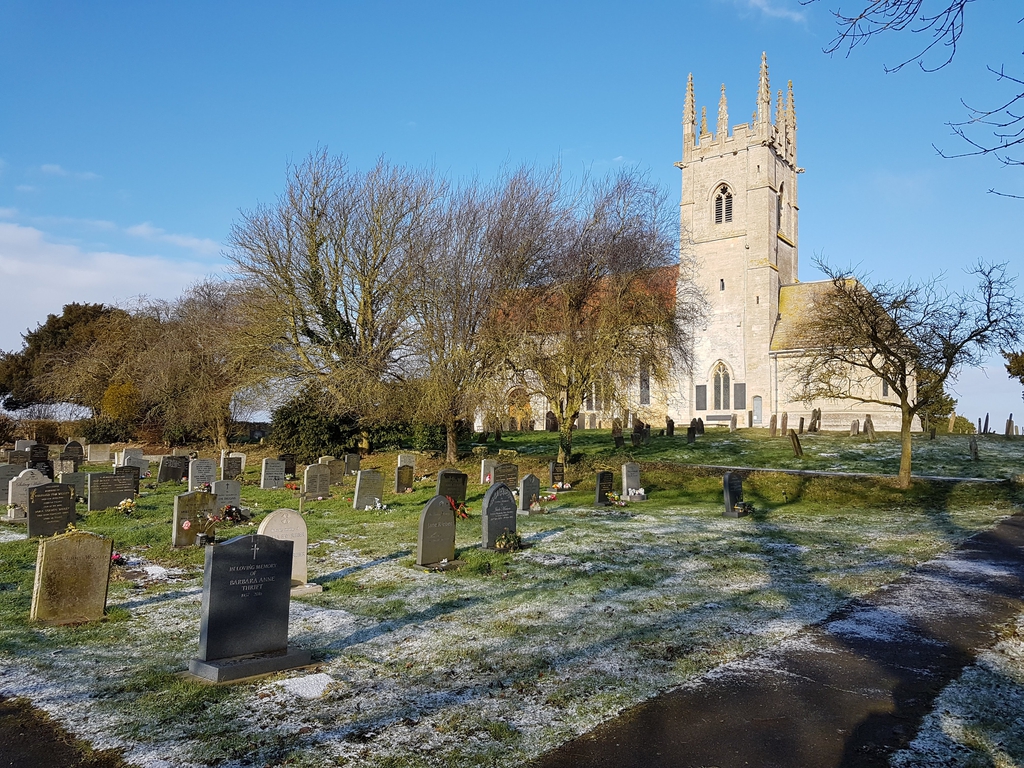 St Andrews Abbey Church, Sempringham
Services and events
News and notices
About us
Looking for Christchurch, Pointon?
Please support us if you can
Bells (and their Ringers)
Gwenllian - the last Welsh Princess
Lincolnshire - USA (Canon Cook)
Links with the USA
St Gilbert - a Timeline
The Sempringham Site - a Timeline
Find us
Pointon Road, Sempringham, Sleaford, Lincolnshire
Get in touch
Facilities
More information
Social
Edit this church

Bells (and their Ringers)

St Andrews is home to a working peel of 6 bells

The oldest bell (the current tenor) is reputed to have been cast around 1412 by Anketel de Mallorby. The inscription on the bell reads: "Sancte Gabriel Ora Pro Nobis" which means "Holy Gabriel Pray For Us".  There is some debate about whether it weighs 6 cwts. 1qr or 7-0-23. If it ever gets taken away for repair - we will find out who was right !

The second oldest bell (the fifth) is thought to have been cast around 1550 by Robert Newcombe who was a bell founder and Mayor of Leicester at this time. It has his stamp marks and the following inscription: "Be Not Over Busie".  We believe this bell to weigh 4 cwts 2qrs.

The next two oldest bells (the fourth & third) were added to the belfry in 1932 - being cast in 1931 by Alfred Bowell of Ipswich. The approximate cost of the renovation and new bells was £266 and they were dedicated by the Bishop of Lincoln on Sunday 24th April 1932.

The newest of the bells (the second and treble) were installed in December 1938 and were also cast by Alfred Bowell of Ipswich. The Second was a gift from a former vicar, the Rev'd P.J.Hulbert of Lancing, Sussex and his brother, Mr W.H.Hulbert of Johannesburg. The gift was a commemoration of a life of unselfish service - by their sister - and therefore has the following inscription: "Pauline". The Treble was bought by public subscription and is inscribed: "Rev. L.G.Pilkington, Rev. E.E.Harrison, Mr T.Casswell". Both these bells were dedicated in March 1939 by the Venerable K.C.H.Warner, Archdeacon of Lincoln, at a service which included campanologists from Aslackby, Billingborough, Bourne, Donington, Edenham, Folkingham, Grantham, Heckington, Morton, Rippingale, Sutterton & Thurlby, along with the Ringing Masters from Algakirk and Edenham.

In 1719 it is reputed that a third bell was founded for the "Abbey Church" and was marked with "Tho Essington C.W."

This was supposed to be approximately 8cwts 1qr in weight; however this is no longer in the tower and there is no record as to whether it had been damaged, sold or removed to make way for the front four bells.

This information has be compiled by Tina Wells in 2009 and has been largely taken from Eric Iredale's book "Sempringham and Saint Gilbert and the Gilbertines" which is available from St Andrews Church, Sempringham