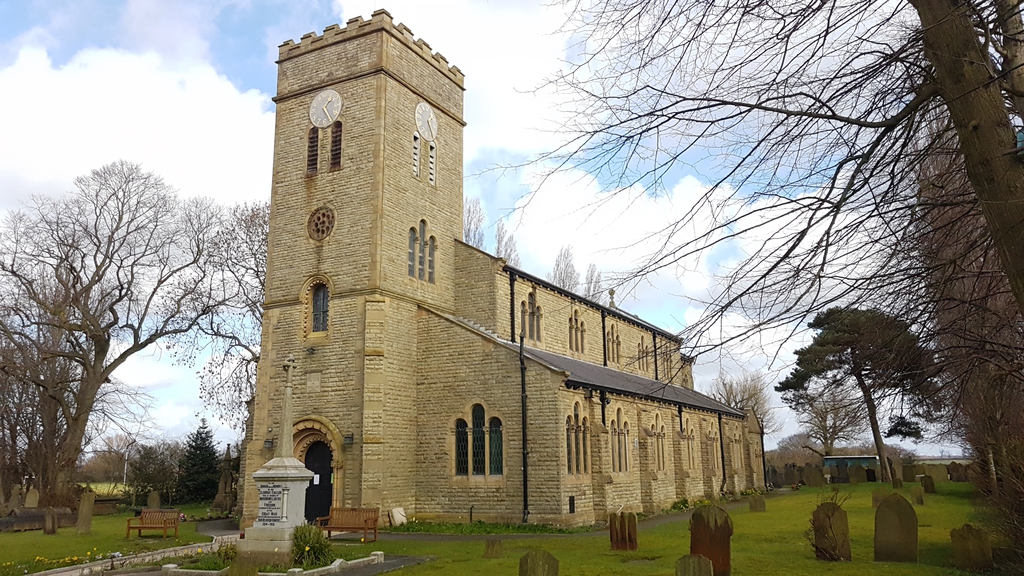 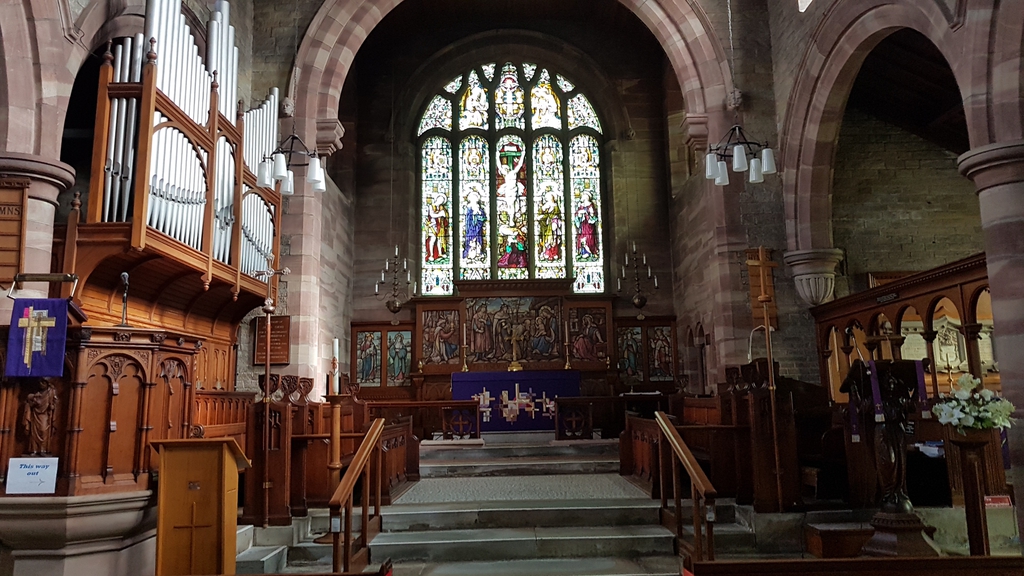 Newchurch Parish Church stands at the end of Church Lane.

It stands near the site of an earlier chapel-of-ease served by the ancient church of Saint Oswald’s at Winwick. It was erected sometime around 1528 and was almost certainly originally built of wood. Nothing is known about the dedication of the church and the first record of a Rector is for Henry Abram who came in 1563.

A new building, paid for by public subscription, was erected on the same site in 1743. Sadly this was badly damaged by fire in April 1903. The only part of the building not completely destroyed was the tower. The parish registers and the six bells were saved.

The new ‘Newchurch’ was opened on 23rd July 1904 and consecrated a week later. Many of the lovely stained glass windows were given by families in the village in memory of their relations and friends.