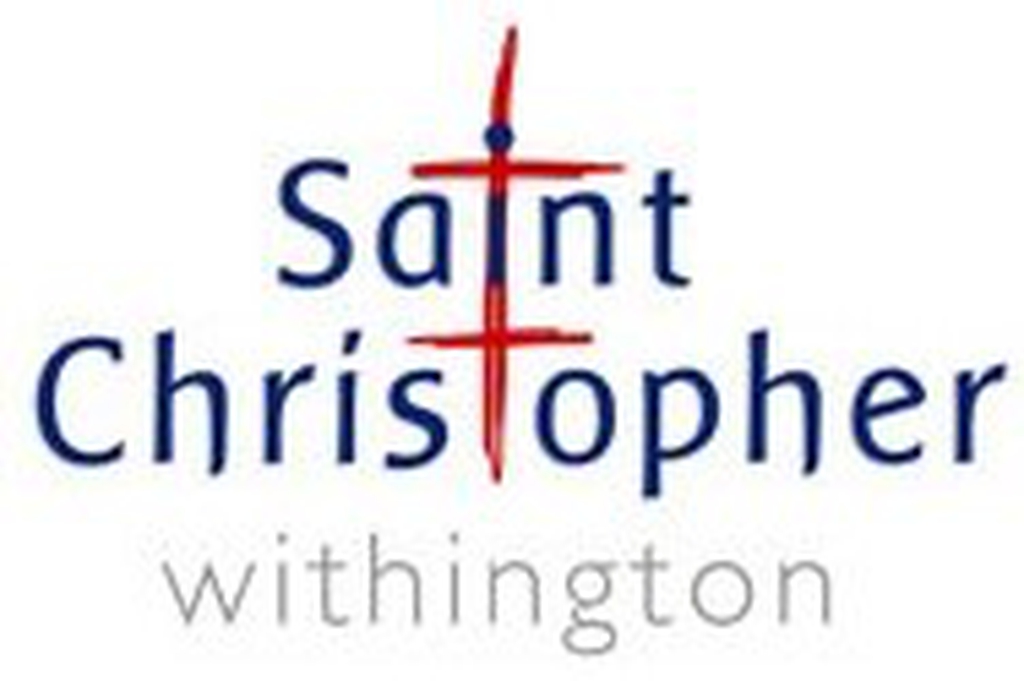 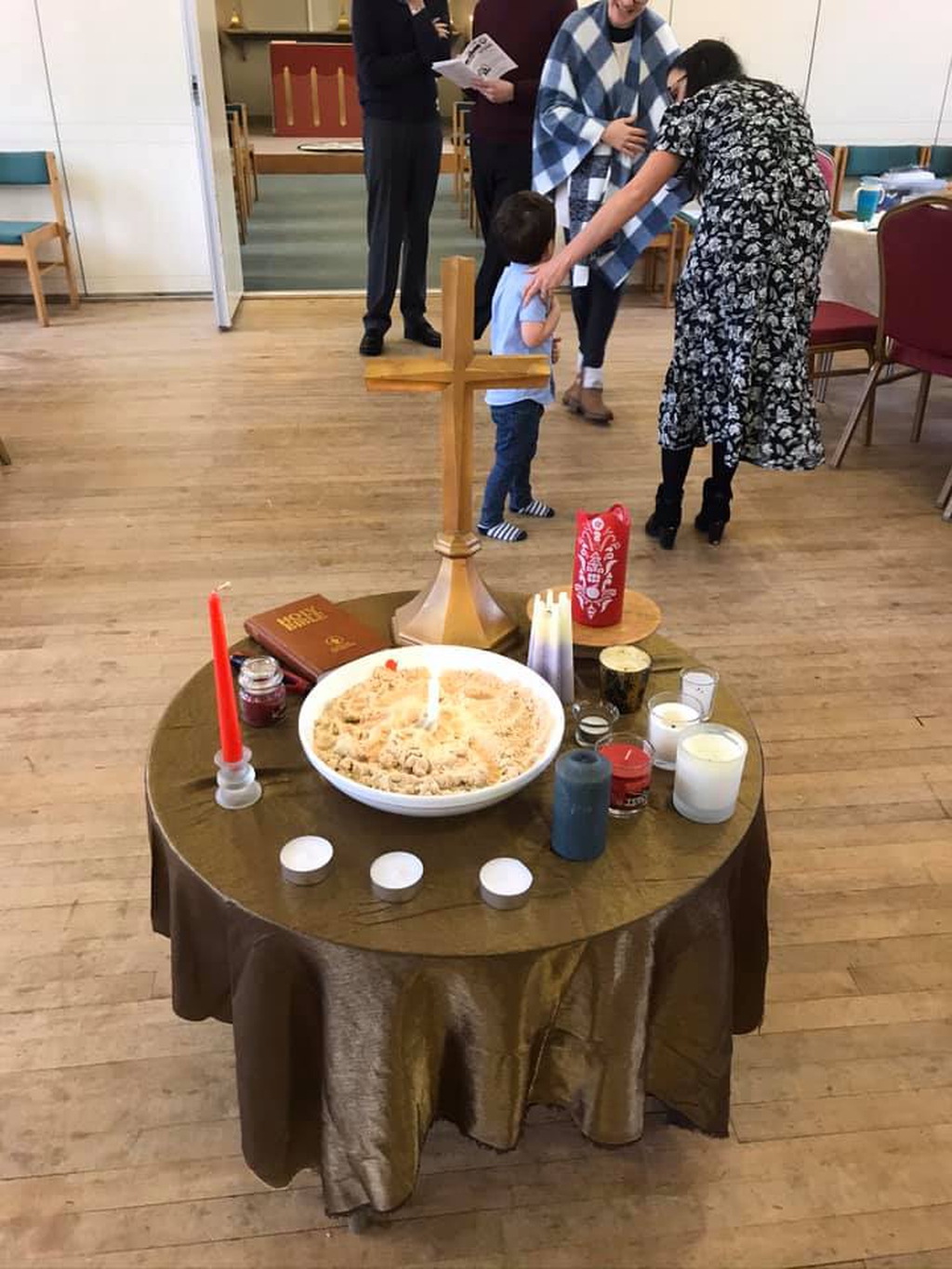 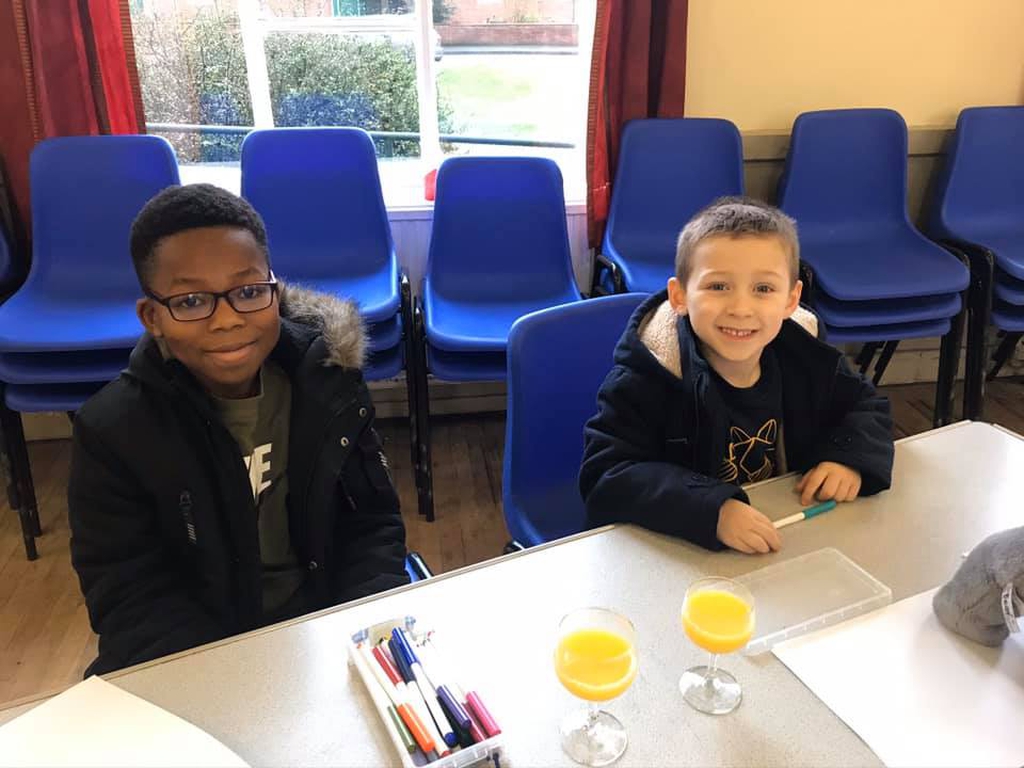 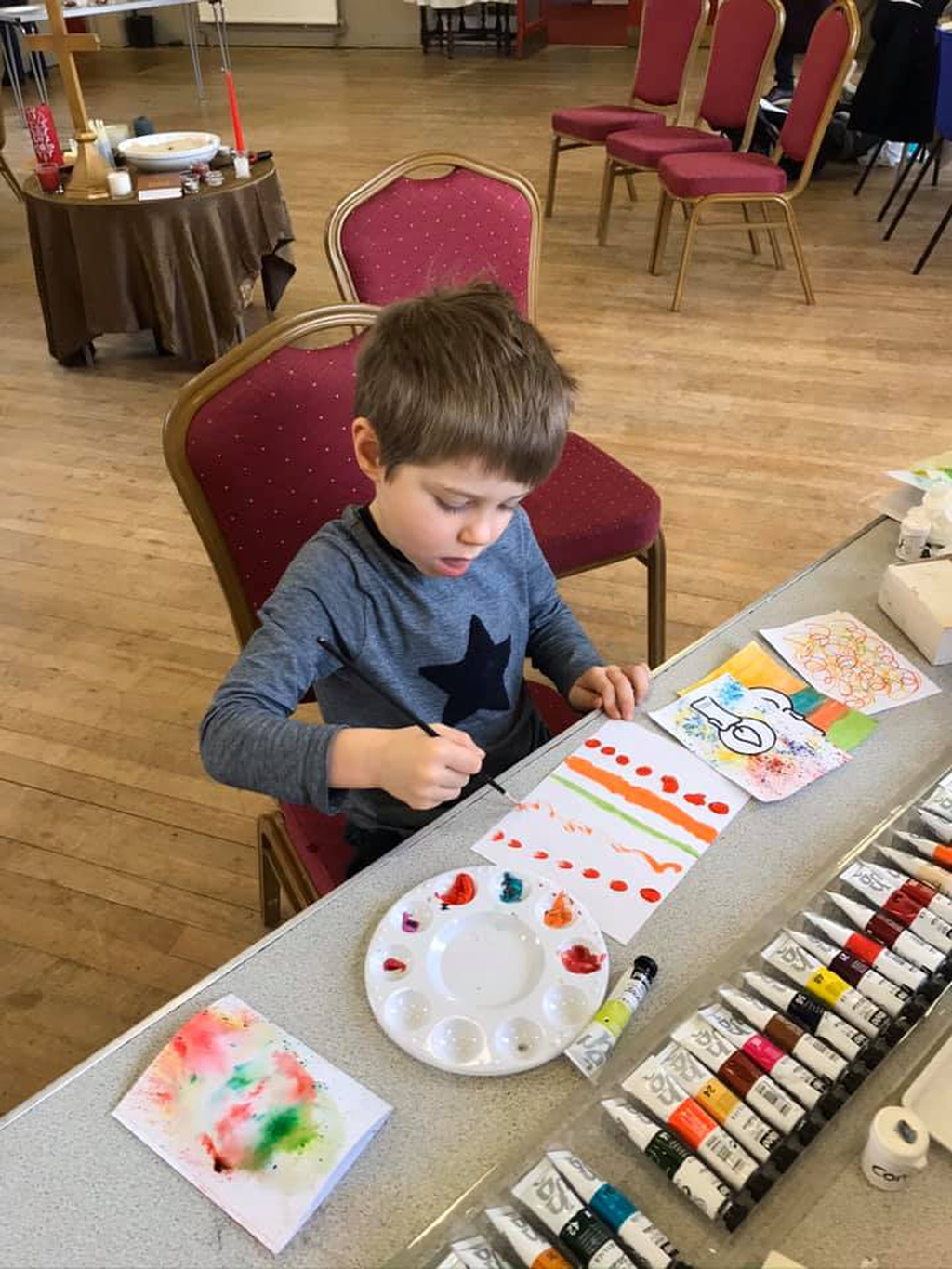 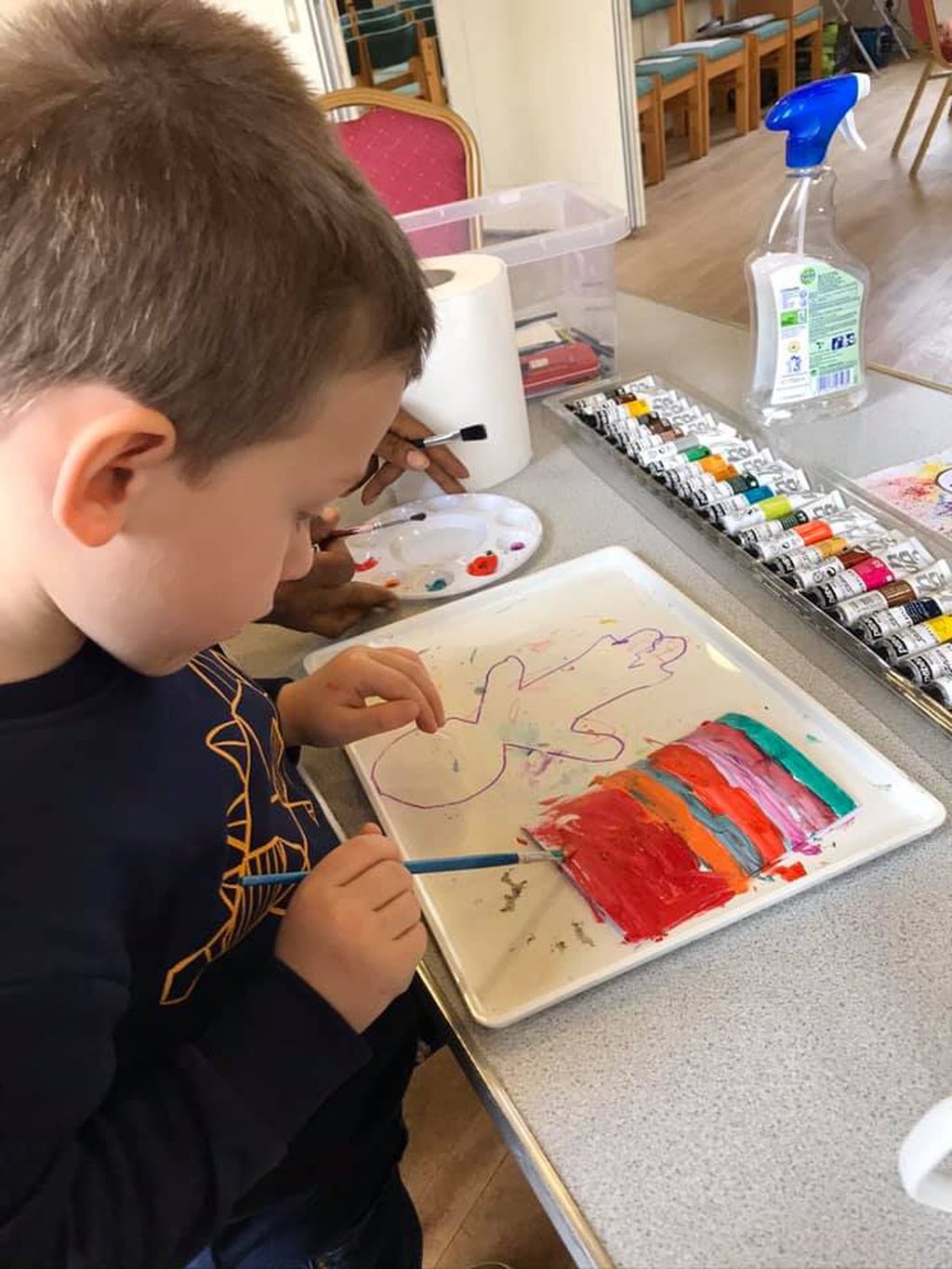 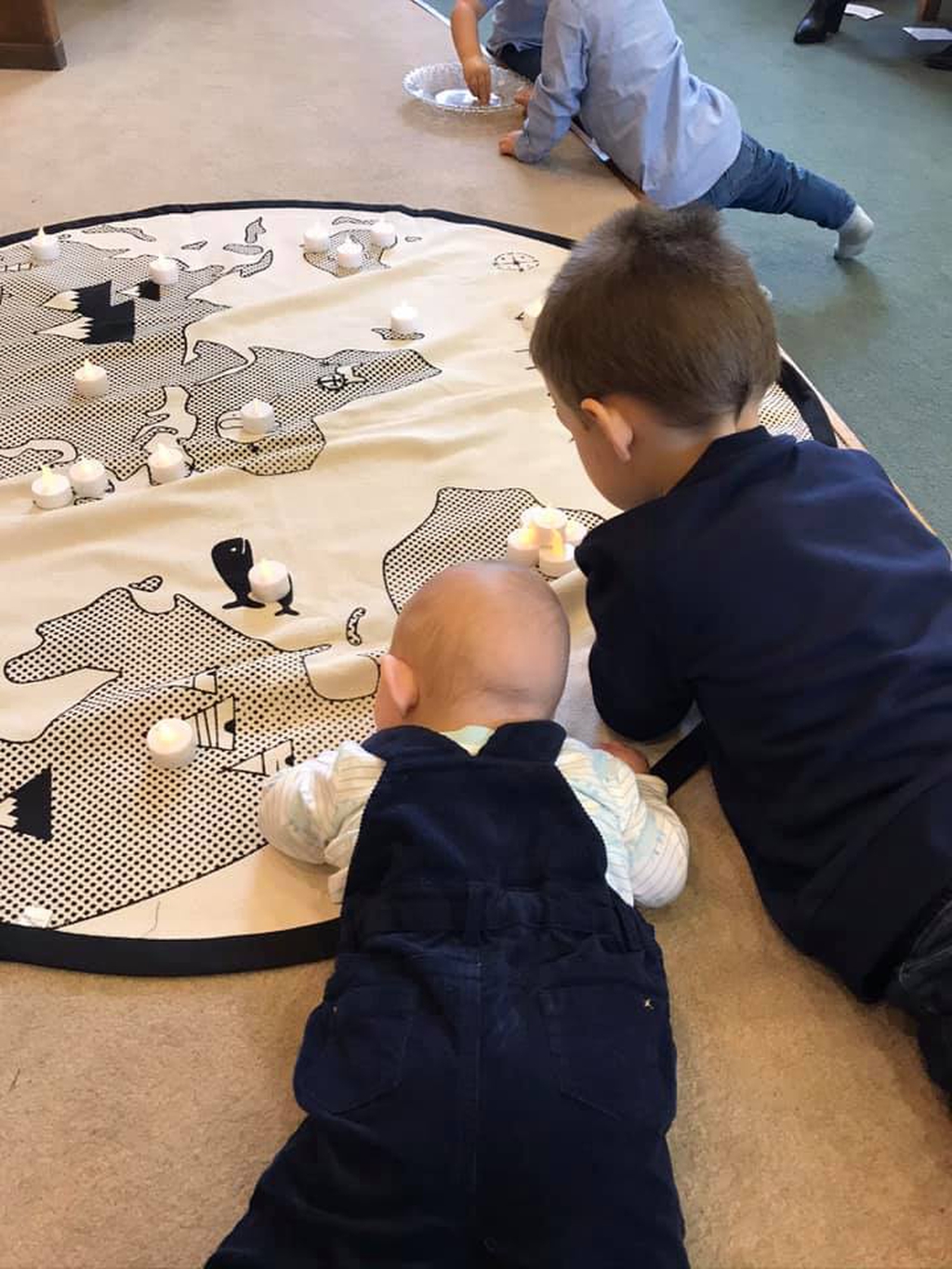 The parish was created in 1932 to serve the people on the Old Moat Estate which was then in the process of construction. Within the Withington Deanery it bordered with the parish of Christ Church to the south and St. Paul Withington to the east.

The original church, by the architect Bernard Miller, and his only work in Manchester, was opened in 1935. Situated at the end of Moorgate Avenue, just off Princess Parkway, it was familiarly known as the Blue Cross church because of the blue neon cross on its tower.

The dominant feature of the interior was the enormous reredos by Mary Adshead (now restored and installed at St. Columba, Anfield.) She also painted panels for the Queen Mary.

The church was a handsome art deco influenced construction, Grade II listed, but the foundations were inadequate. It became unsafe and had to be demolished in 1995.

A large church hall had been built in 1959 to which a small meeting room and kitchen were added. When the old church was demolished, a sanctuary and permanent congregational space were constructed within the church hall, to a very high standard, with doors dividing it from the main hall. Local artist Irene Halliday was commissioned to produce a new reredos, which incorporates some elements from the Mary Adshead work. The permanent worship space seats 55 people. When the doors to the hall are open, there is seating for another 100.