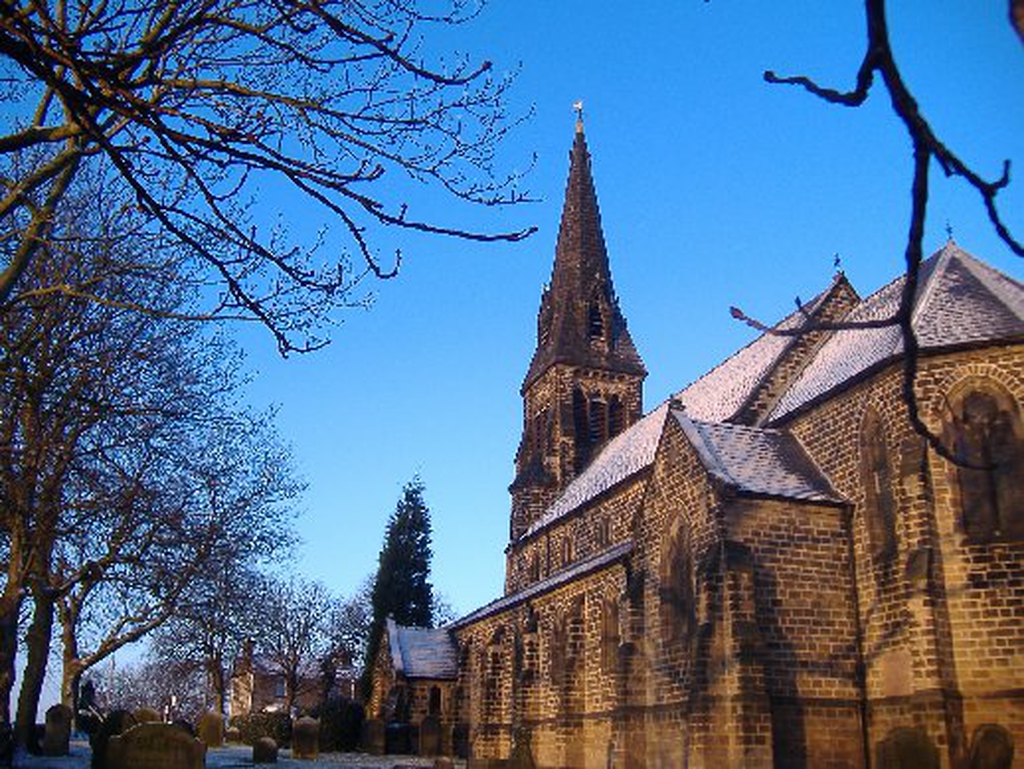 Saint Paul's is a Victorian spired church on the corner of Burton Road and Cross Street in Monk Bretton village in Barnsley, South Yorkshire, and is situated opposite The Norman pub.  It is a popular church for weddings and baptisms and its highly restored interior and newly renovated organ and bells make it a very attractive place to worship and visit.  The Faith Craft Works altars and furnishings are fine examples of pre-war High Church art work, and the church boasts a unique wooden carving of the Madonna of the Working Classes.   The church is Anglo Catholic in tradition, being a member of the Society of Saint Wilfrid and Saint Hilda and under the episcopal care of the Rt Revd Anthony Robinson, Bishop of Wakefield, assisted by the Rt Revd Glyn Webster, Bishop of Beverley. The Parish Mass on a Sunday is sung, and there is a Low Mass each Thursday at 10am, followed by a Coffee Morning in the Parish Centre. On Tuesdays, a Mass is said at 7pm, and on Saturdays at 10am. Morning and Evening Prayer are usually said daily at 9am and 6pm respectively.

We are practising Christians from both Monk Bretton and the surrounding areas, who see as central to our worship regular attendance at the Mass, following the command of Jesus at the Last Supper to do this in remembrance of him. Currently the Parish Mass on a Sunday is sung, and there is a Low Mass each Thursday at 10am, followed by a Coffee Morning in the Parish Centre. Morning and Evening Prayer are usually said daily at 9am and 6pm respectively. There is a weekly Mass on Saturdays at 10am, and on Tuesdays, at 7pm

Although the nearby Priory formed a Christian community (until dissolution by Henry VIII), Monk Bretton did not possess a church until 1838. The village formed part of the extensive parish of Royston. In 1838 the foundation stone for the first church was laid on a site donated by Sir George Wombwell, at the corner of Cross Street and Burton Road. A new chapelry district, separating Monk Bretton (with Cudworth) from Royston parish and enabling 'baptisms, churchings and burials', was created by Queen Victoria by an order in Council on 22 July 1843. The first church was replaced (on the same site) by the present St Paul's Church in 1878. The church, built in the late Decorated style, is now a grade II listed building. The churchyard, which is now closed, contains 16 burials from the 1866 Oaks Colliery Explosion