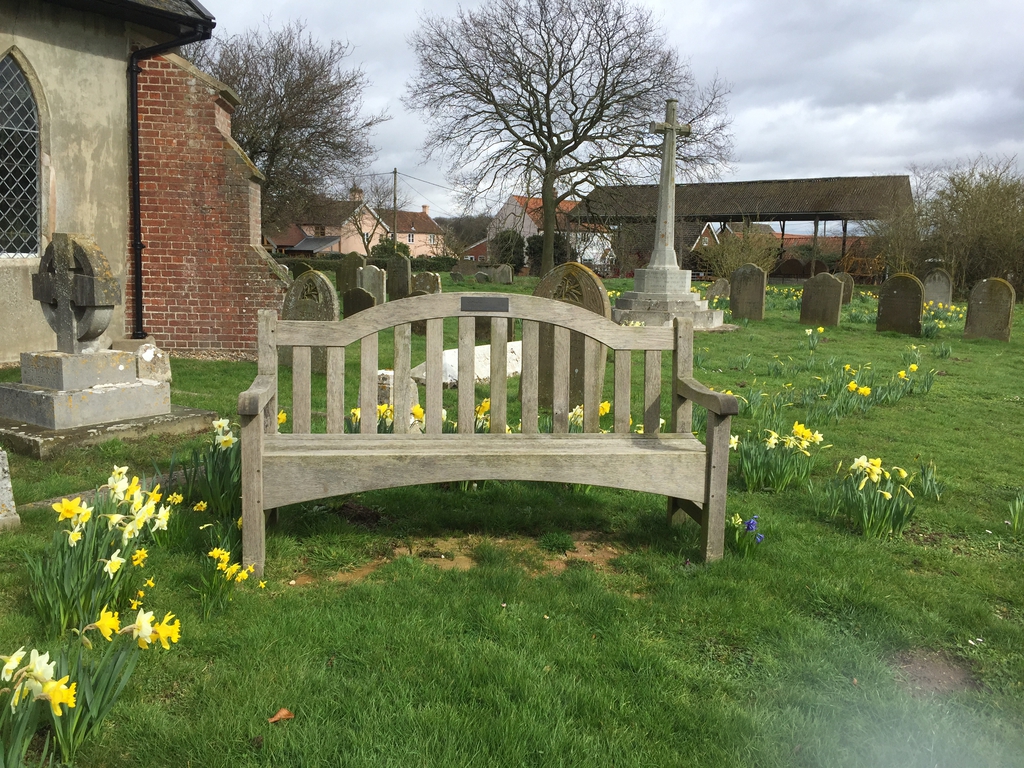 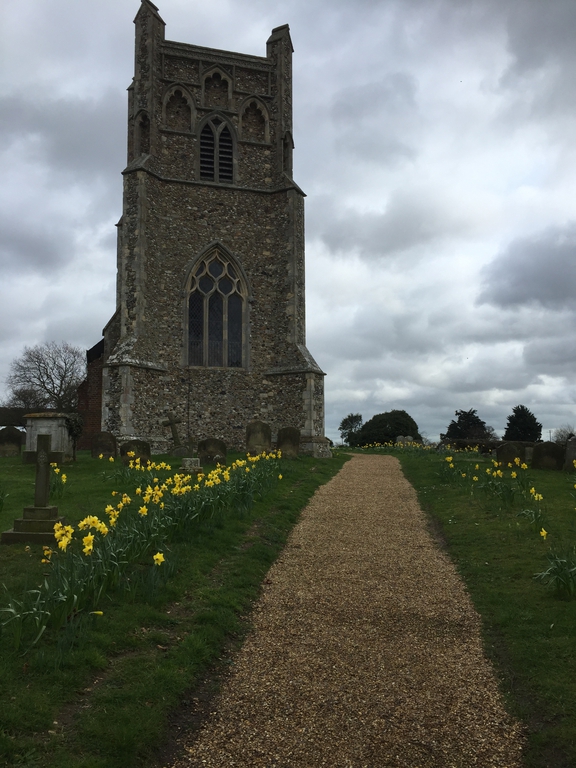 Friston, St Mary the Virgin
Services and events
News and notices
Friston Community Updates
Friston Moor, music and images by Alan Bullard
Information about the Church building
Music to lift your soul in this time of dispersement
Sade’s Seat
Find us
Friston Saxmundham
Get in touch
Facilities
More information
Edit this Church
Church of England Diocese of St.Edmundsbury & Ipswich Friston

Information about the Church building

The original tower of the Church was built in the early 14th century, it has been altered several times and around 1900 the tower was taken down and completely rebuilt. The old materials were used and the new tower is a careful copy of the original. The form of the buttresses indicate that it was once a stage higher and it was probably altered when bells were installed in the 15th century. there are deep niches in all four buttresses at belfry level and the trio of broad niches grouped around the west bell opening provide its most striking and unusual feature. They contain pedestals for statues and may have contained a ROOD group like the one on the tower at Parham.

The nave and chancel have plastered walls below a single tile and slate roof. There is a blocked Norman door on the north side. The chancel dates from the 13th century but has been shortened and given a new east wall and brick buttresses.

The south frontage has a variety of window forms: a 13th century Lancet "Y" tracery , one with a decorated tracery and a square headed perpendicular type.

The 18th century brick porch has a grave slab in the floor that once carried a brass and a 13th century coffin cover hides under the doormat.

The inner doorway is a handsome small scale example of the Transitional style with single shafts and a chamfered pointed arch. There are two crosses just below the left hand Capital with another further down, their quality suggests that they are Consecration crosses which date from the doorway's completion in the late 12th century.

The church has a homely interior; at the west end there is a deep early 19th century Gallery which houses the organ and masks all but the top of the tower arch.

The font underneath is 19th century but it stands on what is probably the Church's old font bowl, inverted to serve as a base. The attractive modern cover is like a miniature medieval market cross, with a figure of Christ for a finial, and charming roundels of young children within the upper frieze.

The nave roof is arch braced, the white plaster panels stark against the inky black of the main timbers and moulded wall plate.

The sturdy 17th century table buy the entrance served as the Church's altar for many years. On the north wall there is a framed charity board of 1811. Below it, the cover of what was probably the Church's first Bible is displayed in a frame; it dates from about 1550 and still has its engraved brass mounts.

Alongside is the Church's showpiece - the enormous Royal Arms of James 1st which Munro Cautley rescued in pieces from the tower in 1935 and reassembled. Carved from five inch thick planks and over six foot square, they are virtually complete, although little of the colour survives.

There are pamment floors and Elizabeth Bacon's ledger-stone of 1647 lies at the east end of the nave. It has three engraved shields and half of the stone was left blank for her husband Sir Thomas, but he, presumably, was buried elsewhere.

Like the Royal Arms the pulpit has had been consigned to oblivion but, has been rescued and furnished with a new base and steps with typical blind arches in the panels.

There is no cancel arch or screen and the chancel  retains its 19th century colour scheme untouched. The panelled ceiling has attractive leaf sprays and sacred monograms within roundels and stencilled patterns cover the pale blue walls.

A low painted and gilt reredos of 1913 backs the altar, while above it in the 1890 stained glass, the Blessed Virgin and St John flank Christ the King - attractive figures against a dense screen green vine pattern, with cherub heads in the tracery; the maker is unknown.

(Information taken from 'Guide to Suffolk Churches' by D.P. Mortlock.)