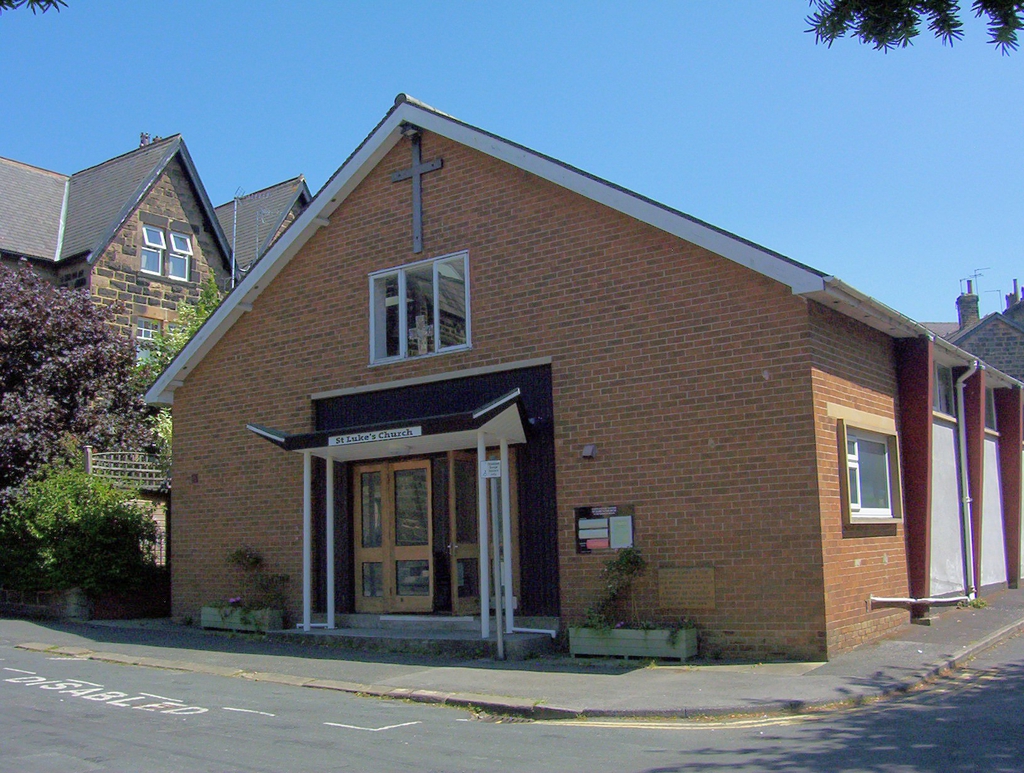 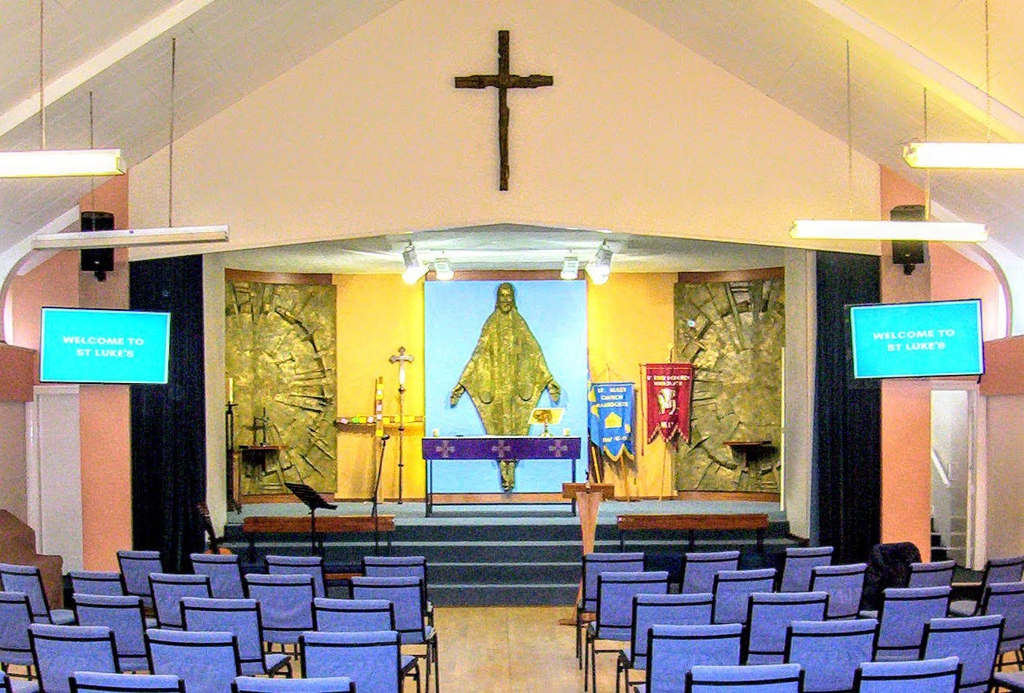 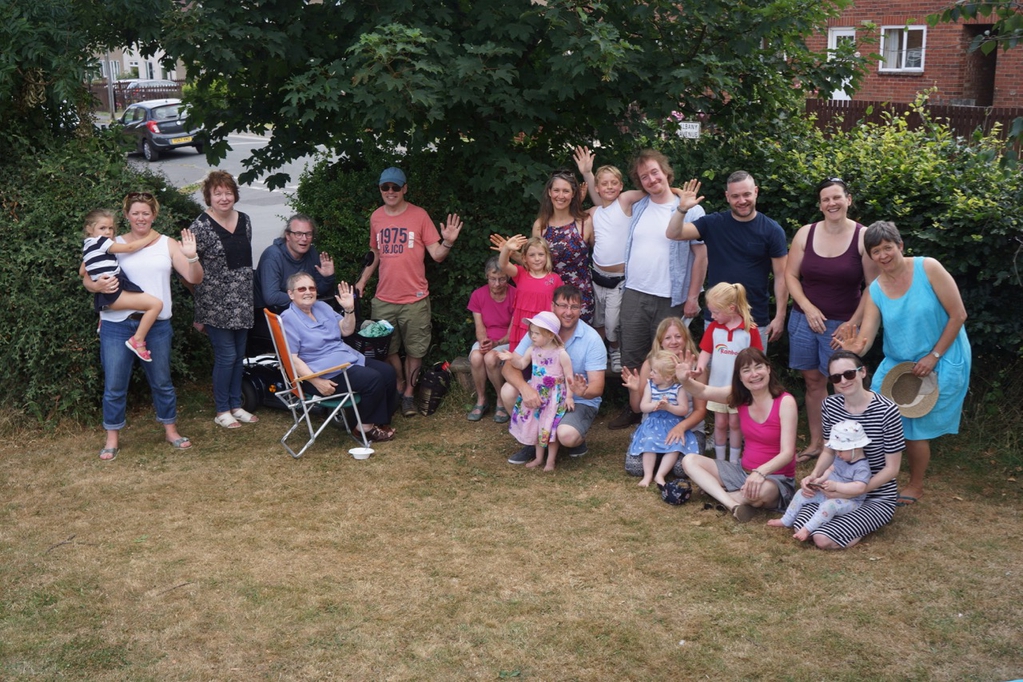 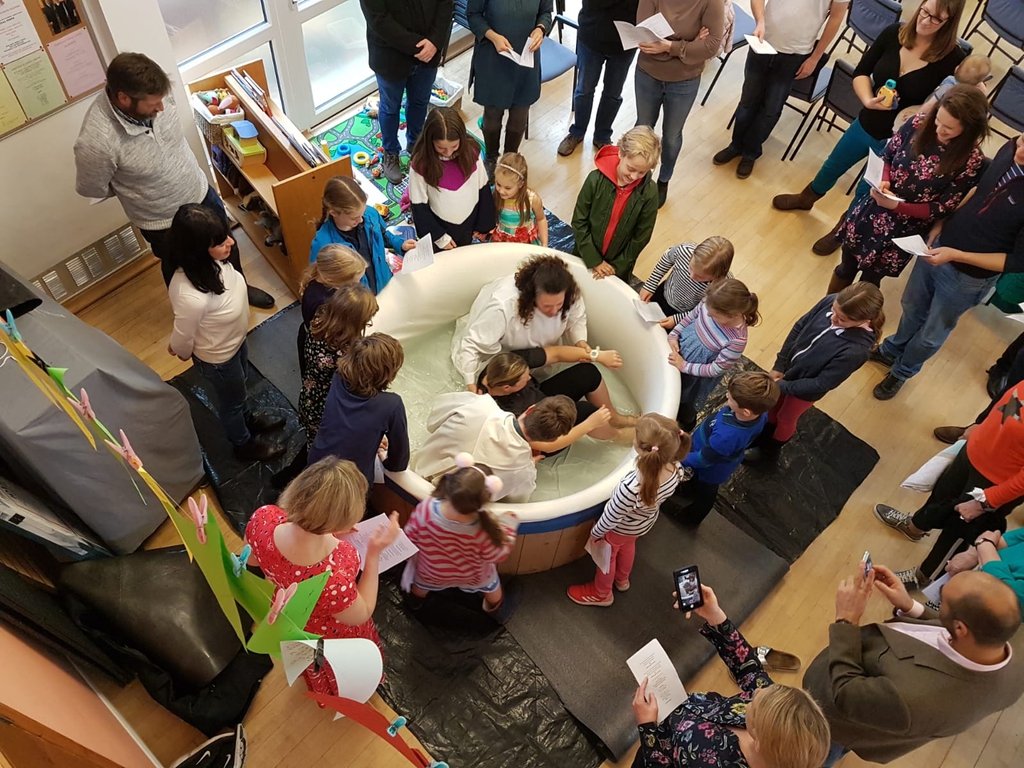 In 1821 the Independents (Congregationalists) built a chapel named Cross Chapel at Smithy Hill, the building being of a cruciform shape. Smithy Hill was an area in Harrogate between Grove Road and Chatsworth Road facing Skipton Road, and comprised of a group of cottages with one of the cottages being a blacksmith's shop, with Richard Ellis the blacksmith. On the north side of Cross Chapel was a small garden used as a burial ground, with only two people interred in this garden.
The Church of England purchased Cross Chapel from the Congregationalists in 1831, and this building then became a church school, known as 'Old National School' or 'High Harrogate National School'. In 1888 the Mission Hall and the Thorneycroft Hall (named after a Curate of Christ Church) were built on the same site, and a caretaker was employed to look after these buildings, with his living accommodation in the house part of the Smithy Hill School which was under the control of Christ Church. The Cross Chapel school building was used up to around 1897.

In the 1890's it was decided by the Vicar of Christ Church, the Revd RW Fawkes and his Assistant Clergy that with an ever-expanding congregation at Smithy Hill a new parish must be formed out of Christ Church. A fund was started with gifts of £1,000 and £500, and there was controversy about where to site the new Church building. Various plots of land were offered by the local landowner, Baron du Bois de Ferrieres (1823 - 1908). The land was either at Smithy Hill itself, or land off Walker Road (originally Baker Lane, but now called King's Road). The site eventually chosen cost £1,400 was off Walker Road, being of almost 4,000 square yards between Franklin Mount and Grove Road.
The foundation stone was laid by the Bishop's wife, Mrs Boyd Carpenter on 30th October 1895, and under this foundation stone was buried a bottle with various items. The Church building was built by Isaac Dickinson who was a Councillor and Alderman, and who lived in Grove Road. The Church cost over £8,000 to build with 850 seats for the congregation, and dedicated in the name of St Luke, the 'beloved physician'. The consecration was on St Luke's Day, 18th October 1897, and the parish came into being on 8th February 1898 by an Order in Council of Queen Victoria. The Revd ST Dawson (later Canon Dawson), who was originally Curate in Charge (1890 - 1898) was made Vicar on the 6th March 1898 and remained Vicar until his retirement in 1931. The Curate was the Revd WL Moreton (later Canon Moreton) who became Vicar of St Mark's Church.
The tower with its spire was added in 1902, and the clock was a gift bought by the Brook family in 1903. The steeple rises 175 feet above the Church building which still to this day remains a landmark in the neighbourhood. The Revd JE Wright MA, who succeeded Canon Dawson, organised special events marking the Jubilee in October 1947, and a commemorative booklet was produced for the occasion.

It was decided in 1959 that a new church hall was needed nearer to the St Luke's Church building. Plans were drawn up by the Vicar, the Revd J Busfield MA for the building of a hall on the site of an old bowling green, which was originally land given to the parish by Canon Dawson. To finance part of the cost, the Mission Hall and the Thorneycroft Hall were both sold. The foundation stone for the new church hall was laid by the Bishop of Knaresborough, the Right Revd Henry de Candole on 3rd December 1959. The Revd Busfield was an experienced carpenter and joiner, having served seven years apprenticeship during his youth, and so with tradespeople and many volunteers the original estimated construction cost was halved. The dedication for the new church hall took place on 22nd October 1960, with the dedication being made by the Bishop of Ripon, the Right Revd Dr JH Moorman.
During the 1970's the maintenance and running costs of St Luke's Church building were rising, and combined with a decreasing congregation, the consequence was that a decision had to be made on the future of the building. It was decided in 1974 to look for another building for worship which did not meet with the full approval of everybody in the congregation, and was taken to the Privy Council for final judgement.
The Vicar, the Revd J Blinston, arranged for the church hall to be converted into a modern multi-purpose building, providing facilities not only for divine worship but other multi-purpose events. The result was one of the best halls of its type in the area. This church hall was to become the St Luke's Church Centre, and the building was dedicated by the Bishop of Knaresborough on St Luke's Day, 18th October 1974. The Dedication Festival Weekend included 'At Home' with the Parochial Church Council on the Saturday, with two special services on the Sunday.

The Vicar of St Wilfrid's took over responsibility for St Luke's during 1975 - 1977, and was helped by the Curate of St Wilfrid's. The original St Luke's Church building was officially closed on 1st March 1980 by the decision of the Privy Council, and at that date the parish of St Luke joined with the parish of St Wilfrid to become the parish of St Wilfrid and St Luke. The original St Luke's Church building was sold and made into 29 flats, and renamed St Luke's Court.
As a result of a Diocesan review in 1995, recommendations were made by the Diocesan Pastoral Committee that the link between St Luke's and St Wilfrid's should be dissolved; and that a new link should be made between St Luke's and St John's Bilton, with a further review being made after a period of seven years. This new link became effective on 1st October 1996, and the parish is now called the parish of Bilton St John and St Luke. Simplifications to the parish boundary were also made.
The congregation of St Luke's Church marked the centenary of the St Luke's parish formation with a Centenary Celebration Weekend on 7th and 8th February 1998 open to the general public, and a centenary banner made by members of the congregation was put up on display. The Centenary Coffee Morning was held on the Saturday, with photographs and memorabilia on display. The Centenary Celebration Service was held on the Sunday, with the Celebrant and Preacher being the Archdeacon of Richmond, the Venerable K Good. After the service the Centenary Lunch was held in St John's Church Hall, and included celebration wine and cake.
A celebration was made on Sunday, 17th October 2004 to mark the 30th anniversary of divine services in our current building. In 2006 refurbishment of the front upper room took place, and in 2012 various doors and windows were renewed at the side and back of the building. The kitchen window was also renewed together with new kitchen units, and a wall was removed between two rooms at the back of the building to provide an enlarged youth room. A party was held on Saturday, 19th October 2014 to celebrate the 40th anniversary of the St Luke's Church Centre, and in 2017 a new visual/audio system was installed.  A community Sunday afternoon event 'We are here' was held on 10th September 2017.   A Celebration Weekend was held on 18th and 19th May 2019 to mark the rededication of St Luke's Church as a Parish Centre of Worship and also giving thanks for our community and connections with our local area.  A Community Feast was held on the Saturday afternoon which was celebrated by members of St Luke's Church, Café Church, Little Fishes (Carer & Toddler Group), Wellbeing Cafe as well as members of St John's Church.  On the Sunday morning the Bishop of Ripon, the Right Revd Dr Helen-Ann Hartley took the Service of Rededication with Baptism and Confirmation.  Celebration Café Church was held on the Sunday afternoon.