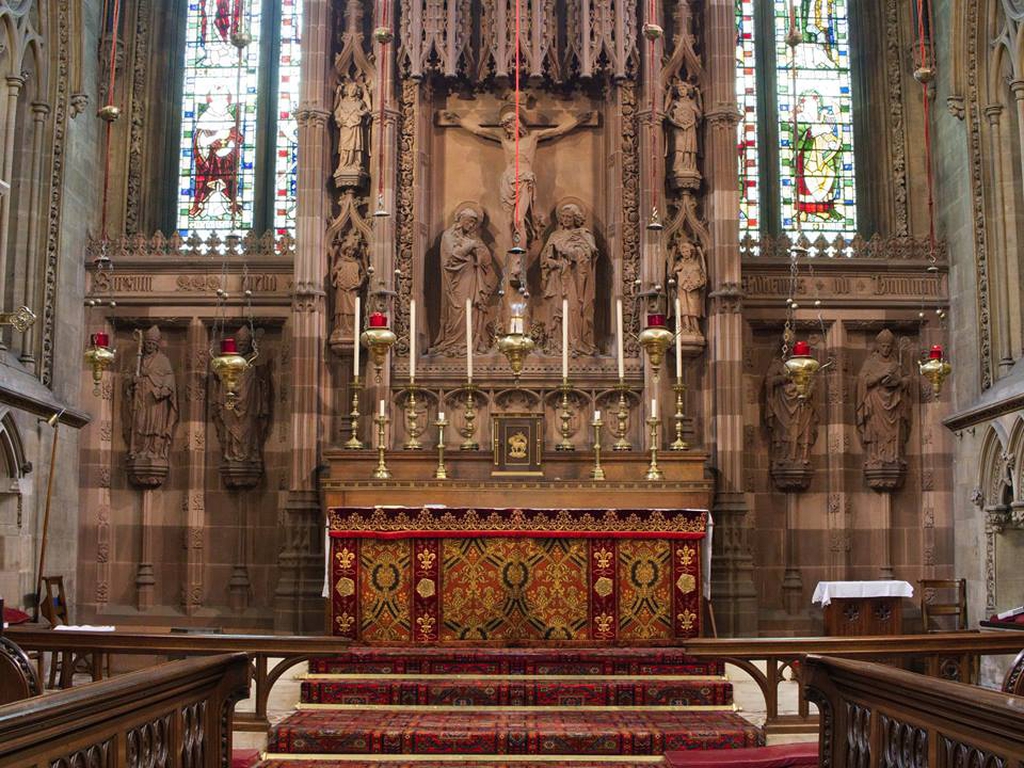 In 1894-5 the original three manual organ by William Hill & Sons of London was replaced by a four manual organ, one of the first to be built by the Hope-Jones Electric Organ Company Ltd. The Hope-Jones organ was itself replaced in 1985 when parts were removed to the Lancastrian Theatre Organ Trust's museum in Manchester. The Hill organ was moved to Trinity Methodist Church, in George Street in 1896, and then in 2012 to Sankt-Afra-Kirche in the Berlin suburb of Gesundbrunnen.

The church now contains an organ formerly in Central Methodist Church, Chesterfield. It is sited in the north chancel aisle and although the case in the chancel gives the appearance that it speaks to the south, the organ actually speaks through the grille to the west. It is louder in the nave than at the console. The south transept organ case, which formerly housed the Hope-Jones Solo and Pedal pipes is empty.