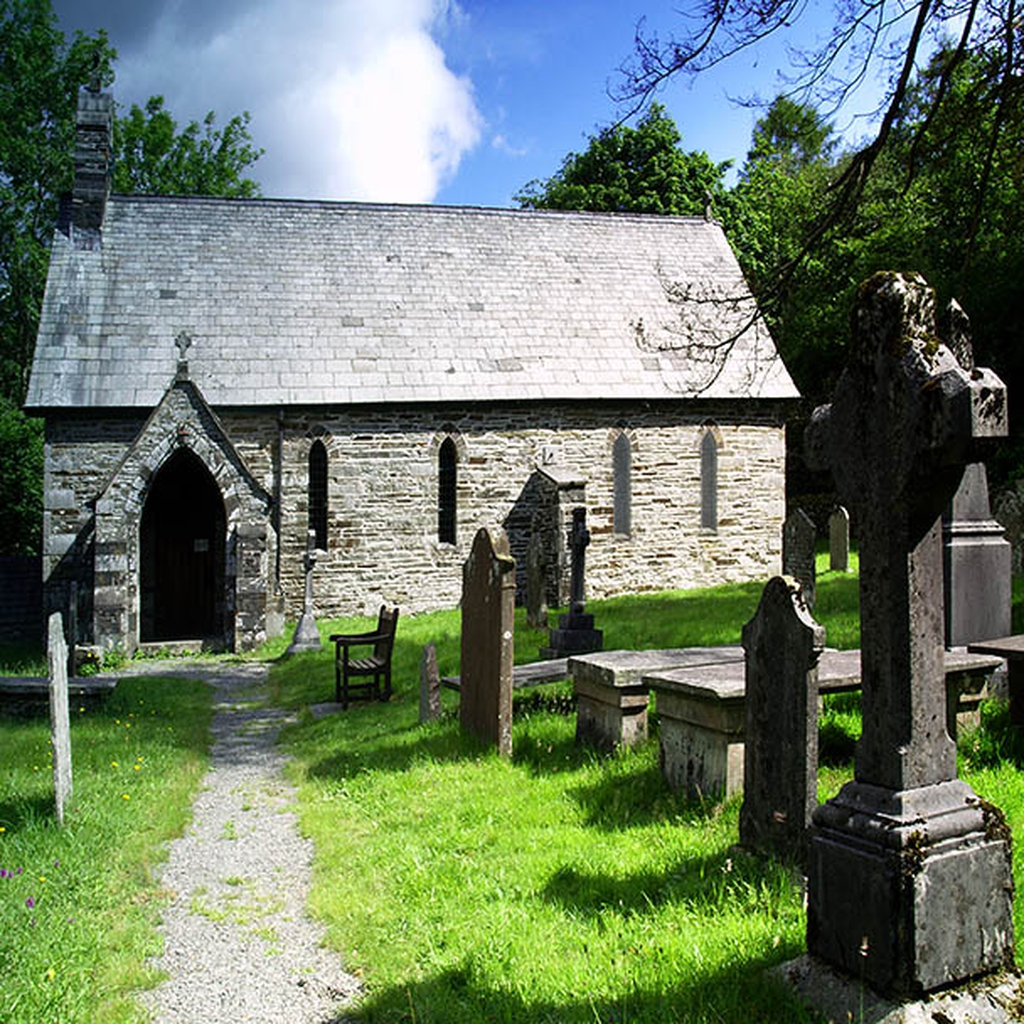 Seathwaite: Holy Trinity
Services and events
News and notices
About us
A history of the church
Morning Prayer
Safeguarding
Find us
Duddon Valley Seathwaite Broughton-in-Furness
Get in touch
01229715259
Facilities
More information
Edit this church

Seathwaite Church is situated in the hamlet of Seathwaite next to the river called Tarn Beck and worth a visit for the quiet tranquillity of its wonderful setting.

The original chapel was built in the first half of the 16th century and in 1870 the old chapel was deemed to be simply too dilapidated to restore. The church was rebuilt in its present form and consecrated in May 1875.

The rebuilding work was carries out by Mr John Brownrigg of Bowness and Mr James Dacra of Finsthwaite under the direction of Mr H.W. Schieider of Belsfield Windermere.

During the rebuilding of the church it is recorded "that a wedding took place between James Dacre builder of Seathwaite and Margaret Huartson of Finsthwhaite on August 25th 1874 under the fine old yew tree".

The church's fame is through association with the Rev Robert Walker, incumbent from 1736 until his death at the age of 92 in 1802. He was admired and respected by his descendents and all who knew him and known as "Wonderful Walker" because of William Wordsworth's reference to him in his poem " The Excursion" and his sonnet "The River Duddon"

The stone with the sundial inset, at the entrance to the church, is reputed to be the one used by Rev Robert Walker when clipping sheep at Gatescale. The age of the sundial is unknown.